Known as the “Witch of Wall Street,” Hetty Green was one of the wealthiest people in the United States at the turn of the 20th century — but she was also one of the most miserly. 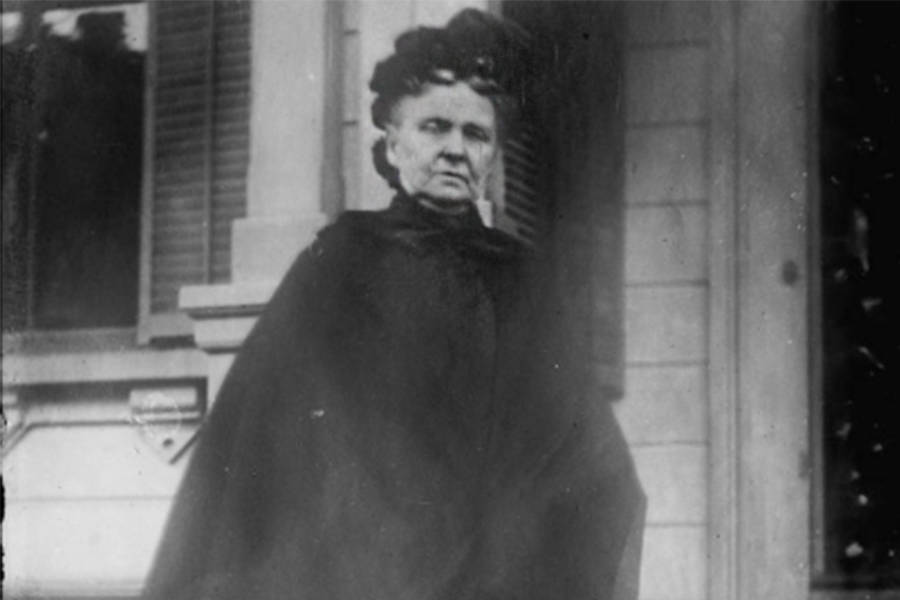 National Archives Hetty Green, who became known as the “Witch of Wall Street.”

In 19th century America, the boom of industry gave rise to a number of wealthy tycoons. Figures like John D. Rockefeller and Andrew Carnegie were both admired and loathed for their greed, and their legacies live on in history books and the many institutions named after them. But one figure in their ranks is much lesser known.

Harriet “Hetty” Robinson Green, an eccentric but brilliant woman, had an estate valued at about $100 million, making her one of the wealthiest people alive in her day.

She also gained a reputation as being particularly ruthless and stingy with her money, and was even nicknamed “The Witch of Wall Street.” And while there may be some truth to these rumors, it’s possible she faced harsher criticism than her wealthy peers for being a woman in a man’s industry.

This is the story of Hetty Green, the Gilded Age’s wealthiest woman in the world. 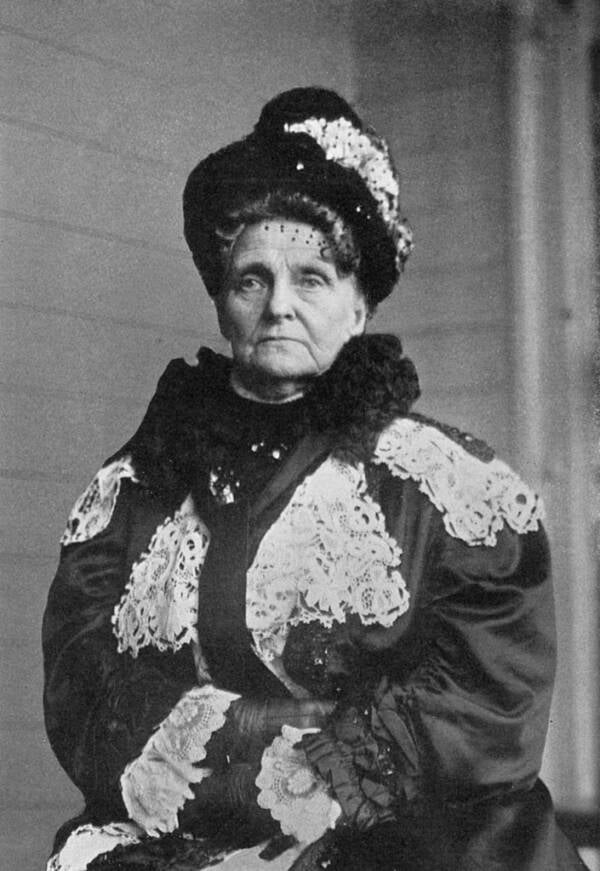 Photo by Hulton Archive/Getty ImagesHetty Green at her daughter’s wedding in 1909.

Who Was Hetty Green, The “Witch of Wall Street?

Harriet “Hetty” Robinson was born in Massachusetts in 1834 to a wealthy New England family that made their fortune through their whaling fleet based out of the New Bedford port. Robinson’s only brother died when he was very young, leaving her the heir to the family fortune, a burden her father made sure she was prepared for.

According to the National Park Service, she later recalled, “I was taught from the time I was six years old that I would have to look after my property.”

On July 11, 1867, she married millionaire Edward Henry Green of Vermont. Under the legal doctrine of “coverture” that was in place at the time, a husband assumed all of his wife’s rights and property.

But Hetty Green’s father and grandfather’s desire that she manage her own finances and not have to depend on anyone else led young Robinson to make a very unusual request of her new husband: She asked him to forgo all rights to her money.

This proved to be a wise move on Hetty’s part. According to Insider, she had to bail out her high-spending husband multiple times before Edward finally went bankrupt in 1885, at which time she refused to pay his debts, and the two separated.

A Brilliant But Stingy Businesswoman

Hetty Green steadily increased her fortune over the years by speculating on the dollar and investing in mortgages, real estate, and railroads. Green was also left money by several of her family members, increasing her already-sizable wealth.

By 1905, a Seattle Republican article listed her as one of the world’s “richest two dozen” people among names like Andrew Carnegie and J.P. Morgan, estimating her net worth at considerably lower that of John D. Rockefeller, but considerably higher than that of King Edward VII of Britain. Out of all the millionaires and royals listed in the article she was, it seems, the lone female.

Like many extraordinarily wealthy people, Hetty Green attracted a good deal of media attention that was perhaps exacerbated by the misogyny of the time.

Newspapers dubbed her the “Witch of Wall Street” after she donned mourning clothes in light of her estranged husband’s death in 1902 and “thereafter she was never seen on the street except with a heavy swathing of black veil,” according to Boyden Sparkes and Samuel Taylor Moore’s The Witch of Wall Street, Hetty Green.

The nickname may have also had to do with her Quaker upbringing, which demanded she dress simply, and her reputation for being stingy with her money. 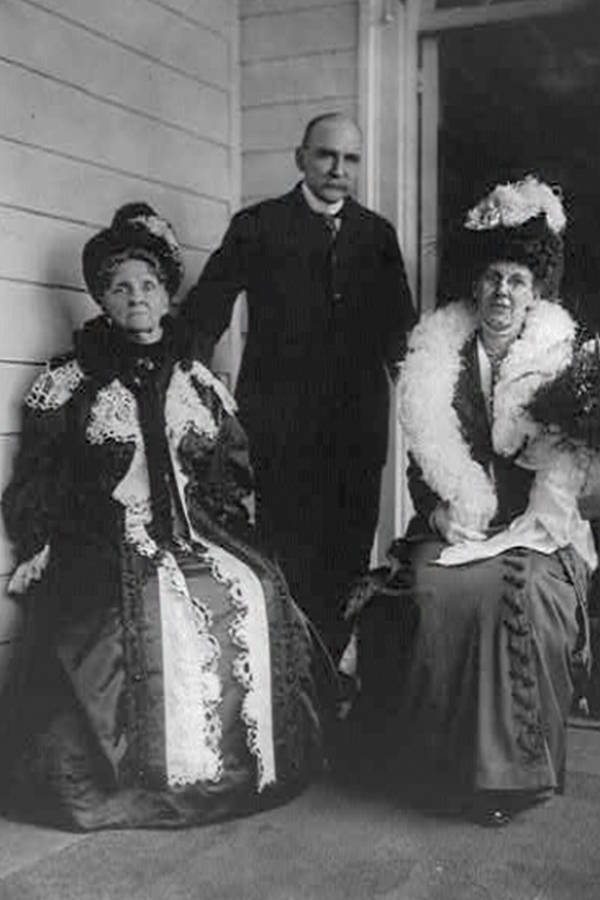 Other sensational stories about the black-clad millionaire include that she was so miserly that she did not use hot water, lived in humble lodgings in New Jersey, only changed her undergarments after they had fallen apart, and ate only oatmeal that she warmed up on her office radiator (perhaps a dig at her Quaker upbringing).

There were also rumors that she was so paranoid someone was out to get her that she started carrying a pistol, and that her husband was on an allowance

One of the worst rumors involved her son, Edward. It was said that she refused to pay for her children’s medical care, leading Edward to lose a leg. However, Edward later denied this rumor, telling The New York Times that his illness wasn’t serious, and that it was only when he reached adulthood that he needed an amputation.

“Much has been printed about my mother that is untrue,” he said. “She has been represented as being parsimonious; but such is not the case. She has worked harder than any man in New York.” 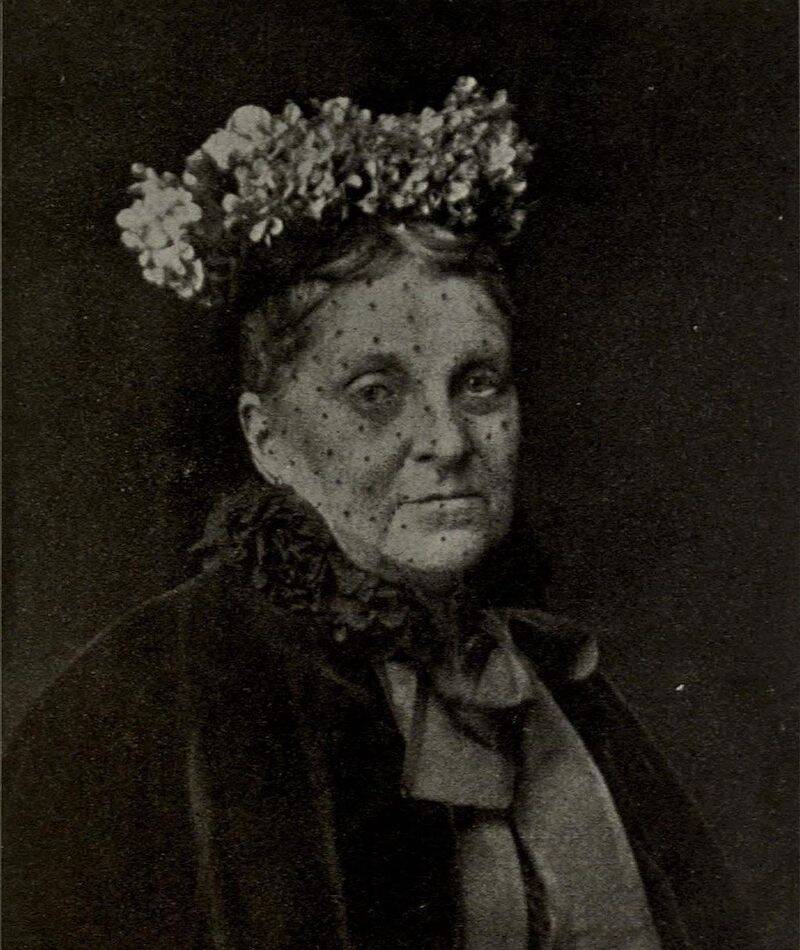 While most of these stories have never been verified, Hetty Green was certainly ruthless in some aspects. Green went up in court against some of her family members when she claimed that she was meant to be the sole beneficiary of her aunt Sylvia Ann Howland’s will.

The will as it stood distributed Howland’s fortune to several people, including charities for widows and orphans, according to the Vermont Digger. Green would get the other half, but only in trust, so that she’d never see a penny while she was alive.

But Green alleged that an earlier version – which she’d helped write – left her as the sole heir, and spent years arguing over it in court.

The “Robinson v. Mandell” lawsuit became famous for its early use of forensic mathematics as statistical evidence; during the trial, a mathematician was able to use the laws of probability to prove Howland’s signature on the will Green produced was a forgery.

Green’s legacy wasn’t entirely a negative one. In the Panic of 1907, Green helped bail out the city of New York by lending out her own money when banks refused to do so.

She was also one of the earliest practitioners of value investing, according to Investopedia, and built her vast fortune through a combination of talent and hard work. And she famously believed that women should learn about business, saying, “a girl should be brought up as to be able to make her own living, whether or not she’s going to inherit a fortune.”

Hetty Green died in July 1916, leaving behind an estate reportedly worth $100 million – the equivalent of about $2.7 billion today – that was split between her two children, who enjoyed the money far more than their mother had.

As for hopefuls looking to mimic Green’s financial success, she gave this piece of advice: “There was no great secret in fortune making. All you have to do is buy cheap and sell dear, act with thrift and shrewdness and then be persistent.”

After learning about Hetty Green, the “Witch of Wall Street”, check out the richest people of all time. Then, take a look at some of history’s most eccentric people.