Meet Pazuzu Algarad, The Satanist Who Buried Bodies Behind His House Of Horrors

He made animal sacrifices, covered his face in tattoos, filed his teeth into points, and rarely bathed. Yet Pazuzu Algarad still managed to snag two fiancés — who assisted him with murder.

The next time your neighbor does something you don’t like, just consider yourself lucky that you never lived next to Pazuzu Algarad. 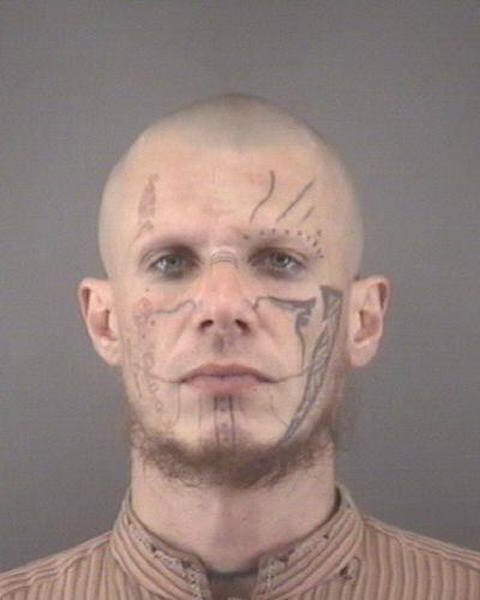 Not a lot is known about Algarad’s early life. He was born John Alexander Lawson on August 12, 1978, in San Francisco, California. At some point, Algarad and his mother relocated to Clemmons, North Carolina.

Patricia Gillespie, who produced and directed the documentary series The Devil You Know about Pazuzu Algarad, said it was difficult to get a true grasp of his life since he often reinvented stories about his childhood.

As Gillespie put it: “He told people he was from Iraq, he told people his father was some high priest. But the people who knew him as a child described him as a little off-kilter, a little emotional. Things that might indicate the beginning of a mental illness: harming animals, consuming alcohol and drugs at a very early age.”

A trailer for The Devil You Know, the documentary series about Pazuzu Algarad.

John Lawson’s mother, Cynthia, spoke of her son’s mental health issues, which started at a young age. He was diagnosed with several mental illnesses, including schizophrenia and agoraphobia.

While Cynthia initially got Algarad the psychiatric help he needed, she ran out of money and was no longer able to afford treatment for him. So his mental health deteriorated pretty quickly.

In an interview for The Devil You Know, Cynthia said, “He wasn’t by any means an angel, but he wasn’t a bad person or a bogeyman or whatever phrases people have called him.”

In 2002, he changed his name to Pazuzu Illah Algarad, an homage to the Assyrian demon referenced in the movie The Exorcist.

An Outcast In Society

After his name change, Algarad aimed to ostracize himself from society, covering his face in tattoos and filing his teeth into points. He would tell people that he regularly made animal sacrifices and even claimed to be able to control the weather.

According to a psychiatrist, Algarad bathed no more than once a year and had not brushed his teeth in years, claiming that personal hygiene “stripped … the body of its defenses in warding off infection and illness.”

His behavior was a major rebellion against Clemmons and its residents – the town was known for being heavily Christian.

A FOX8 segment looking back on the Pazuzu Algarad case.

Vaguely similar to Charles Manson, Algarad drew others who felt socially excluded toward him — and encouraged them to engage in debauchery.

His former friend, Nate Anderson, would later say: “He had a twisted sort of charisma, it’s the kind of charisma that isn’t going to appeal to everyone. But certain minds are going to be drawn in by that: the misfits, the outcasts, people living on the edge or people who wanted to live on the edge.”

Like Manson, Algarad also had a way of attracting women. Amber Burch and Krystal Matlock were two of his (known) fiancés who frequented his home. 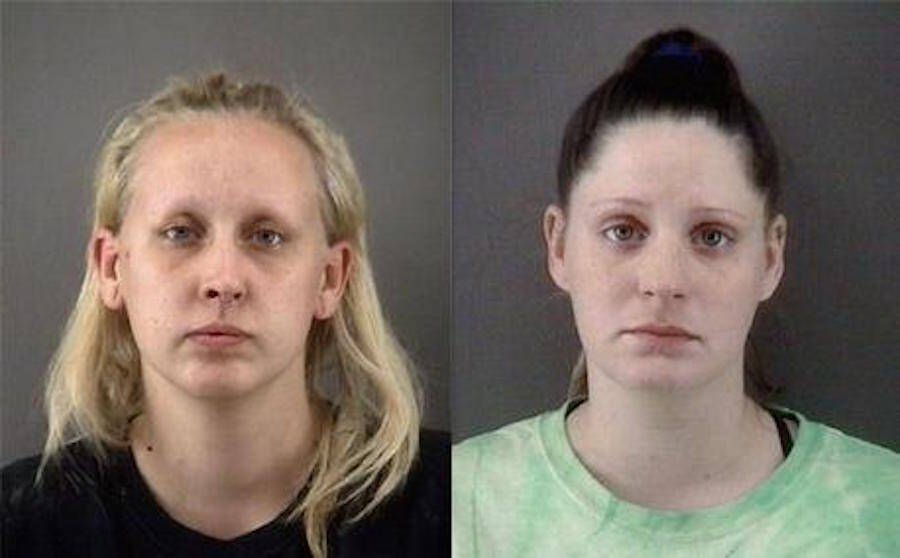 Pazuzu Algarad’s house at 2749 Knob Hill Drive became a hub for those outcasts and misfits. They could come and stay for as long as they wanted. Algarad did not care what they did in his home.

WXII 12 News takes a peek inside Pazuzu Algarad’s house after his arrest.

Obviously, the house was in dire conditions – there was garbage everywhere, animal carcasses lying around, and blood smeared on the walls.

It was dark and reeked of decay. Satanic messages and pentagrams were painted all over the property.

Bodies In The Backyard Of Pazuzu Algarad’s House

In October 2010 (prior to any remains being found on his property), Pazuzu Algarad was charged with accessory after the fact of involuntary manslaughter.

In September 2010, the body of Joseph Emmrick Chandler was discovered in Yadkin County. Algarad was accused of concealing information from investigators and allowing a murder suspect to stay at his house.

On Oct. 5, 2014, 35-year-old Algarad and his fiancé, 24-year-old Amber Burch, were both arrested after the skeletal remains of two men were found buried in Algarad’s backyard.

On Oct. 13, the men were identified as Joshua Fredrick Wetzler and Tommy Dean Welch, who had both disappeared all the way back in 2009.

Shortly after the arrest of Algarad and Burch, Algarad’s other fiancé, 28-year-old Krystal Matlock, was charged in connection with the death of one person whose body was found. She was suspected of helping with the burial of Wetzler.

It was later alleged that Algarad had killed Wetzler in July 2009 and Burch had helped bury his body. Meanwhile, Burch allegedly killed Welch in October 2009 and Algarad had helped with that burial. Both men had died as a result of a gunshot wound to the head. 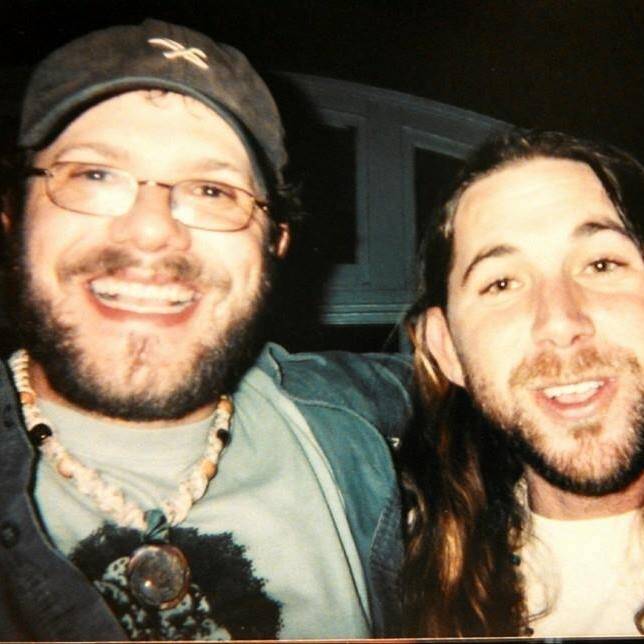 For the love of Josh: Remembering our beloved friend (Facebook page) Josh Wetzler (left) went missing in 2009 and his remains were found in the backyard of Pazuzu Algarad’s house.

Soon after the remains were found on the property, county housing officials deemed the home “unfit for human habitation.” In April 2015, Pazuzu Algarad’s house of horrors was demolished.

Neighbors couldn’t be happier when it was finally gone.

In the early hours of October 28, 2015, Algarad was found dead in his prison cell at Central Prison in Raleigh, North Carolina. The death was ruled a suicide; he bled to death as a result of a deep cut on his left arm. The instrument Algarad used remains unknown.

On March 9, 2017, Amber Burch pleaded guilty to second-degree murder, armed robbery, and accessory after the fact to murder. Tommy Dean Welch had reportedly been at Algarad’s home, along with Burch and others. Prosecutors said Burch shot him twice in the head with a .22-caliber rifle as he sat on the couch.

Burch was sentenced to a minimum of 30 years and eight months in prison with a maximum of 39 years and two months.

Krystal Matlock pleaded guilty to conspiracy to accessory after the fact to first-degree murder on June 5, 2017. She was sentenced to a minimum of three years and two months with a maximum of four years and 10 months in prison.

Although a few years have passed since Pazuzu Algarad cast a shadow on Clemmons, the Satan worshipper continues to live on in infamy for his bizarre and horrific crimes in North Carolina.

After this look at Satanist murderer Pazuzu Algarad, check out this story about a Satanist sex castle called Corpsewood Manor — which later became the site of a horrific bloodbath. Then, learn about the controversial Satanist monument recently erected in Arkansas.