The long-hidden Tikal neighborhood is a near perfect miniature replica of the citadel at Teotihuacán, located in modern Mexico, which conquered the city in the fourth century. 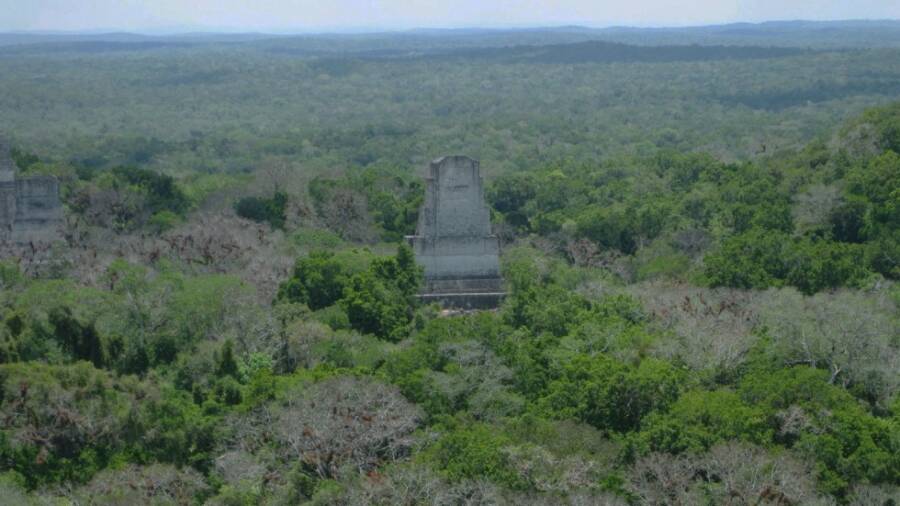 Archeologists long dismissed the rolling hills near the ancient Mayan city of Tikal as part of the landscape. But cutting-edge technology has revealed a buried neighborhood — one that bears a strong resemblance to Teotihuacán, a powerful Mesoamerican city 750 miles away.

This discovery “surprised us mightily,” explained Stephen Houston, an archeologist at Brown University and the lead author of a recent study on the neighborhood. “Very careful maps,” he said, had failed to identify the neighborhood previously.

Houston made the discovery alongside Thomas Garrison, an assistant professor of geography at the University of Texas at Austin. By using light detection and ranging software, known as LiDAR, they were able to reveal the outline of the lost neighborhood buried deep beneath the earth.

Like Teotihuacán, which is located near present-day Mexico City, the neighborhood has an enclosure with buildings on all four sides and a pyramid on the eastern side. Builders constructed it from mud plaster, in contrast to limestone, which was the Mayans’ preferred building material. It even includes the “intricate cornices and terraces” found in Teotihuacán itself.

Archeologists led by Edwin Román Ramírez also came across ancient human remains surrounded by ceramics, animals, and bones. Coal in the area suggests that they were burned in a funerary rite common in Teotihuacán but foreign in Tikal. 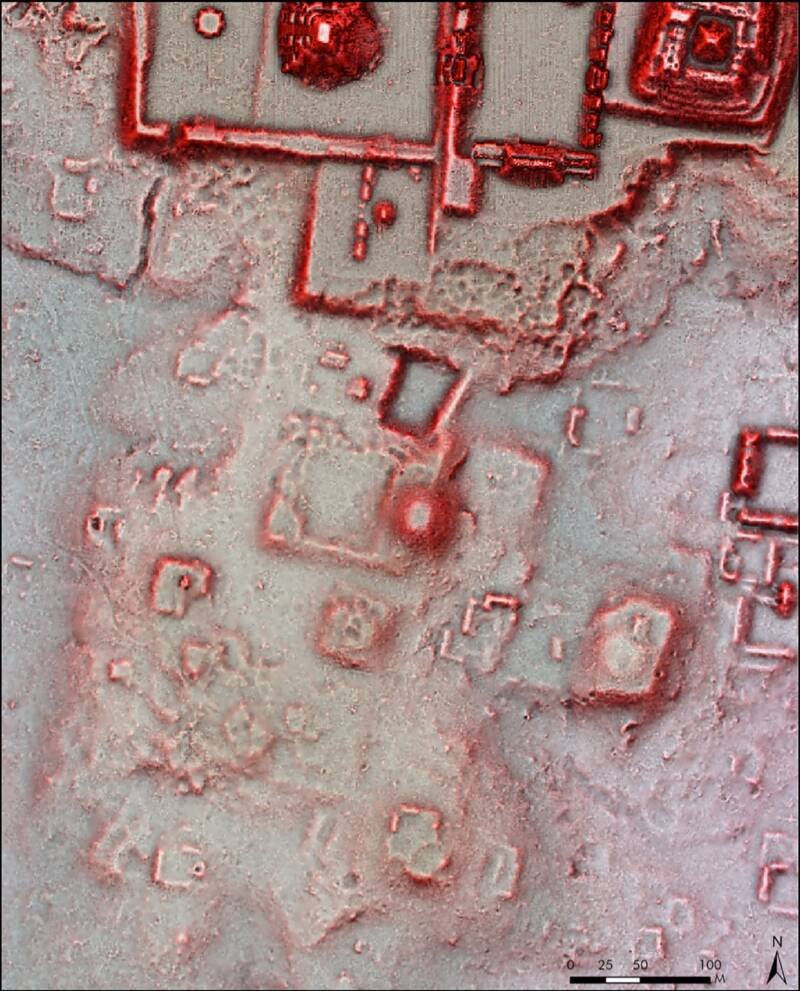 T.Garrison/PACUNAM/AntiquityLiDAR technology revealed the lost neighborhood beneath the hills.

“What we had taken to be natural hills actually were shown to be modified and conformed to the shape of the citadel — the area that was possibly the imperial palace — at Teotihuacán,” Houston explained.

“Regardless of who built this smaller-scale replica and why, it shows without a doubt that there was a different level of interaction between Tikal and Teotihuacán than previously believed.”

Indeed, archeologists have long known about a link between Tikal and Teotihuacán. The two societies communicated and traded, and Mayan elites often went to live in Teotihuacán.

But the discovery of the Teotihuacán replica seems to suggest a “far more intense, tighter level of contact,” according to Houston.

Present evidence suggests, he said, that people from Teotihuacán built the neighborhood after conquering Tikal in 378 A.D.

“We’ve rarely seen evidence of anything but two-way interaction between the two civilizations,” Houston noted, “but here, we seem to be looking at foreigners who are moving aggressively into the area.” 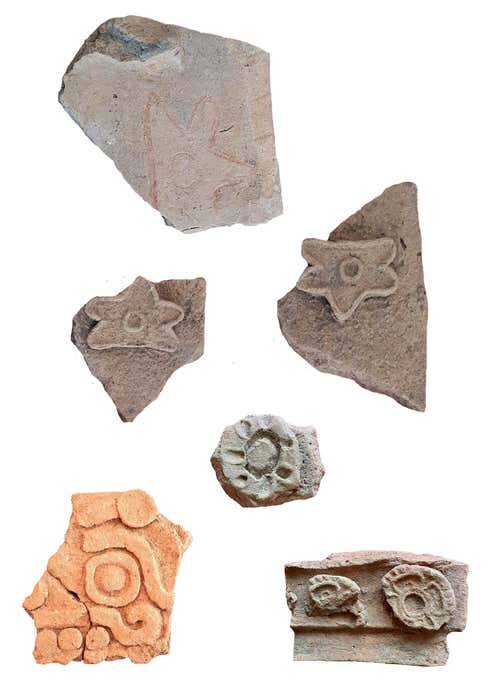 The exact reason why people from Teotihuacán built the neighborhood is unknown. But it seems likely that it was an attempt to intimidate or subjugate people living in Tikal.

“Perhaps it was something like an embassy complex, but when we combine previous research with our latest findings, it suggests something more heavy-handed, like occupation or surveillance,” said Houston.

“At the very least, it shows an attempt to implant part of a foreign city plan on Tikal.”

Certainly, the discovery adds a tantalizing piece to the puzzle of Teotihuacán. With a population of 100,000 to 200,000 residents, the city reigned at its peak as one of the largest on earth around the fifth century.

However, archeologists don’t know much about the people who originally lived there. The city was destroyed and abandoned between 600 and 700 A.D., and even its original name is lost to history. The Aztecs took it over in the 1400s and dubbed it Teotihuacán (“the place where the gods were created”). 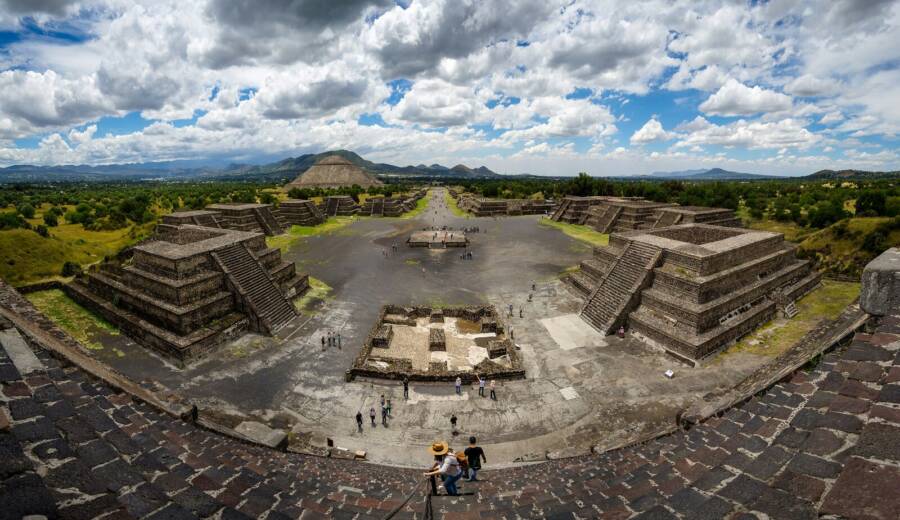 But Houston is hopeful that the discovery of the Teotihuacán neighborhood in Tikal can do more than shed a light on the past. He’s curious about how Teotihuacán’s conquest of its neighbors resembles modern-day power dynamics.

“At this time, people are quite interested in the process of colonization and its aftermath, and in how our views of the world are informed or distorted by the expansion of economic and political systems around the globe,” Houston said.

“Before European colonization of the Americas, there were empires and kingdoms of disproportionate influence and strength interacting with smaller civilizations in a way that left a large impact.

“Exploring Teotihuacán’s influence on Mesoamerica could be a way to explore the beginnings of colonialism and its oppressions and local collisions.”

In that way, the discovery in Tikal can do more than illuminate the legacy of Teotihuacán. It can also help trace the cyclical patterns found throughout human history.

After reading about the lost Mayan neighborhood, see how a teen discovered a Mayan city using Google maps. Or, learn about Templo Mayor, the Aztec temple filled with skulls.