"Rome has been invaded by Gauls, Visigoths and vandals over the centuries. Now it's facing a new menace: entire families of rubbish-greedy wild boars." 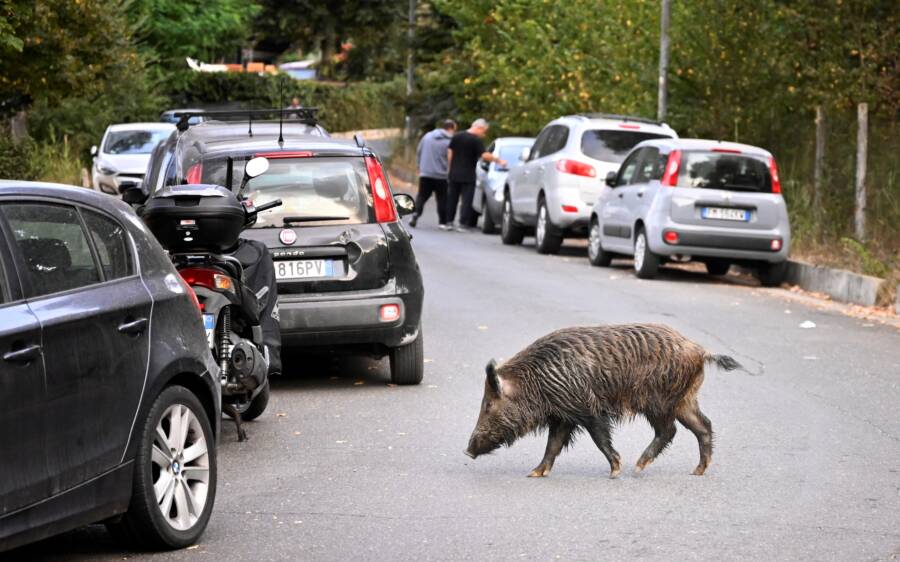 Alberto Pizzoli/AFP/Getty ImagesThere are currently as many as 6,000 wild boars in the area in and around Rome.

From sidewalks and storefronts to parks and playgrounds, wild boars have recently been wreaking havoc throughout the streets of Rome. Meanwhile, local authorities are scrambling to both put the minds of the citizens at ease and find a solution to the problem.

There haven’t yet been any reports of humans being physically injured by the boars, but these creatures have certainly raised some heart rates as they’ve stolen food, swarmed dumpsters, and terrorized schoolchildren. And all this anarchy is believed to be the result of the city’s trash problem.

Rome has struggled with garbage collection issues for the past several years as bins have overflowed and refuse has simply been left out. Now, streets lined with free snacks are just too hard for the boars to resist. 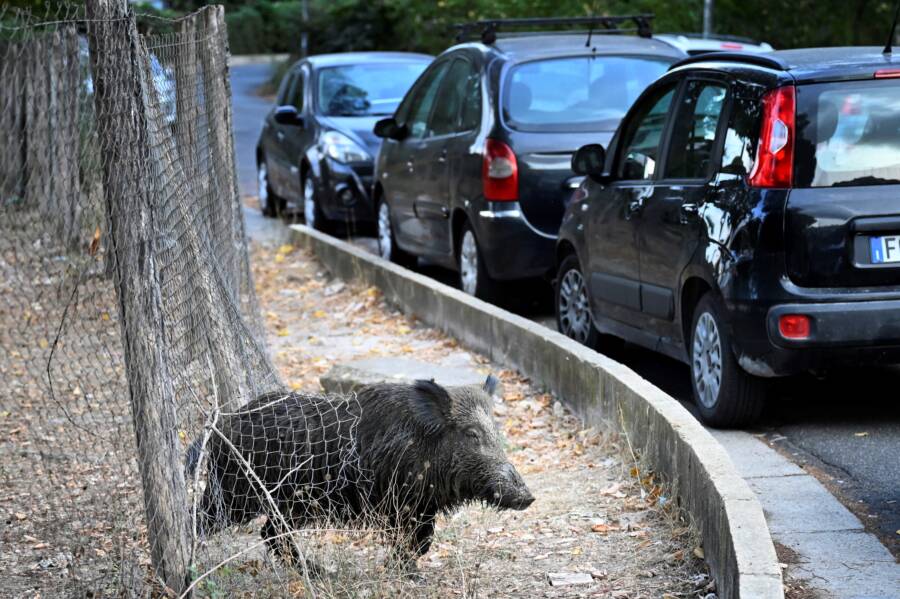 Found in groups of 10 to 30, the boars weigh up to 220 pounds and can dash out of the shrubs without warning. For Grazia, a 79-year-old woman, just waiting outside an elementary school for her grandchildren was an ordeal.

“I am afraid of walking on the sidewalk, because on one side there are dumpsters for the rubbish and they jump on me,” she said.

For restaurant owner Pino Consolati, they pose a threat to his patrons. He’s witnessed packs of these animals run through the outdoor seating area of his otherwise family-friendly establishment in the Monte Mario neighborhood. His sister, meanwhile, saw 30 boars outside her shoe store after work one night.

“We have been invaded here,” said Consolati. “It is not a pleasant situation.”

Furthermore, with local elections scheduled for the first weekend of October 2021, the issue has become a focal point for opponents of Mayor Virginia Raggi. Critics have naturally found the presence of wild boars in town disruptive, but also symptomatic of how Raggi has handled the city’s overflow of trash.

In the past, Raggi and other officials have executed a culling of the boar population. However, some say it hasn’t done enough. But what further complicates the issue is that many others claim that the existing measures have already been too aggressive.

In 2020, for example, a sow and her six piglets were killed near a school playground, much to the horror of the adults and children who had been feeding them.

“Just emotionally, this is terrible,” Andrea Brutti, the chief official for wild fauna at Italy’s National Board for Animal Protection, told The New York Times at the time. Meanwhile, other animal rights activists pointed to the incident as a sign that the city needed to take a softer stance on the boars. 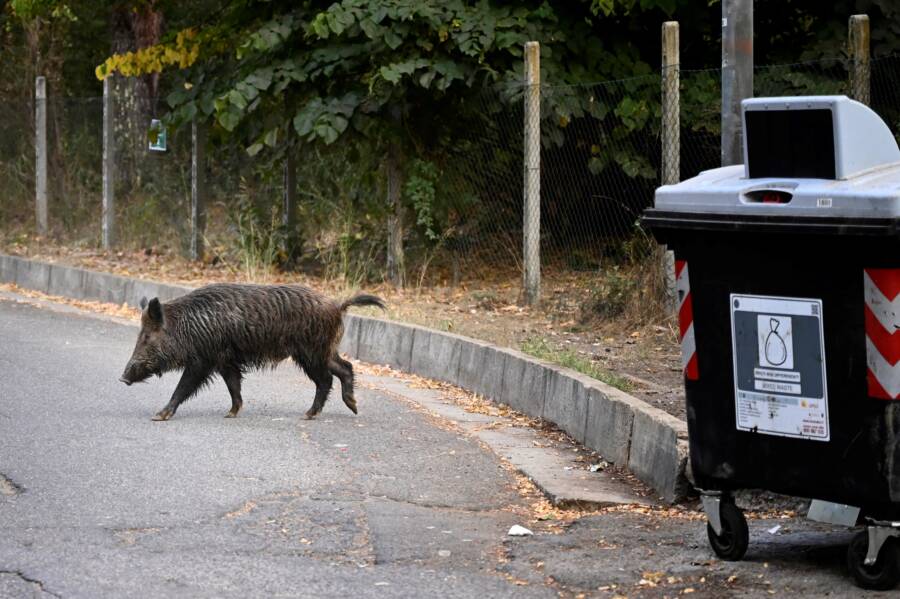 Alberto Pizzoli/AFP/Getty ImagesAnimal rights groups have lambasted a new decree allowing selective hunting of the boars, while officials are adamant that responsible culling is imperative.

But for Maurizio Giubiotti, the official in charge of the local parks, the existing boar culling measures haven’t been strong enough.

He believes the current standard of culling 700 boars across two-year periods has only let them repopulate. According to him, increasing that figure to 1,000 per year would help get the issue under control. Ultimately, the coronavirus pandemic virtually prevented any progress at all from occurring throughout 2020. 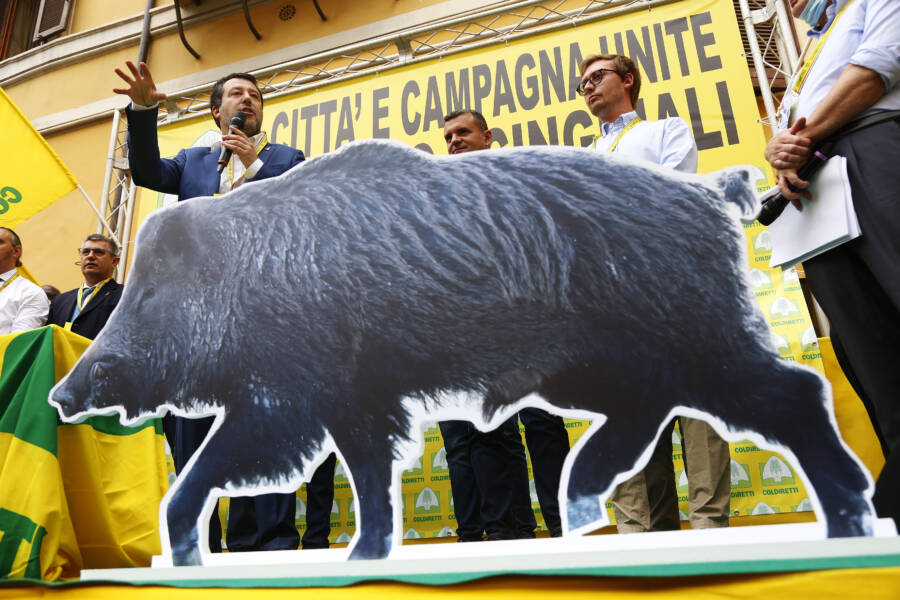 Ultimately, it appears that Rome’s current boar problem is twofold and concerns both the regulation of local animal populations and the city’s longstanding garbage problem. In that sense, Rome has come a long way since the 17th and 18th centuries — when adamant warnings about dumping trash were even etched onto the marble walls near the Vatican.

One needn’t look further than the inscription from 1733 on Via dei Cappellari: “Dumping trash here is explicitly forbidden under penalty of 25 scudi. The whistleblower, who will remain secret, receives one-third of the fine. The father will be held responsible for his culprit sons, the master for his guilty servants.”

Now, hundreds of years later, Rome’s garbage disposal problem has begun to cause chaos in new ways that surely no one ever thought possible.

After reading about the wild boars overrunning Rome, learn about the feral hogs that destroyed $22,000 worth of cocaine in an Italian forest. Then, learn about Canada’s feral hog problem.