The Disturbing Story Of The Demon Midwife Who Terrorized 1940s Tokyo

Miyuki Ishikawa may have thought she was acting out of mercy when she killed over 100 babies — but she nevertheless might be history's deadliest female serial killer. 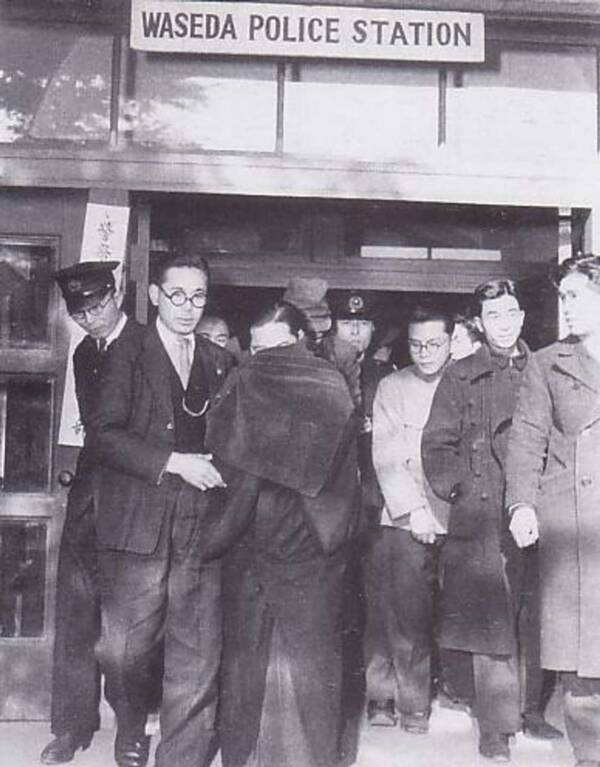 In the 1940s, Miyuki Ishikawa was working as a midwife in post-World War II Japan. On the surface, this seemed like a noble profession — one that was common for women at the time. But beneath the surface lurked a devastating truth: Ishikawa murdered more than 100 babies in her care.

But why did she do it? The simplest explanation was that their families were poor, and couldn’t raise the children without suffering extreme financial burden. But the real answer was much more complex than that, and the Ishikawa case had far-reaching consequences in Japanese law.

This is the true story of Miyuki Ishikawa, the “Demon Midwife.”

Born in 1897 in Kunitomi, Miyazaki Prefecture, Miyuki Ishikawa came from a wealthy family. Historians believe that prior to 1945, only wealthy Japanese women could afford to attend college — so the fact that Ishikawa completed her education at the University of Tokyo was indicative of her family’s wealth.

After college, she got a job as a midwife at the Kotobuki maternity hospital. And per her family’s wishes, she married Takeshi Ishikawa, though the marriage produced no children. Eventually, Ishikawa rose in the ranks to become the director of the hospital. Her experience as a midwife was second-to-none, and many clients reported being happy with her services.

But Japan in the 1940s was a very different place than the Japan of today. In the years following World War II, food scarcity was a real problem. The Allied bombing of the train lines resulted in a disruption of the supply chain, and the lack of supplies during the war itself resulted in famine all across the country.

Sometimes, people would stand in line for hours just for a bowl of ramen soup. As a result, many women would either abandon their children in maternity hospitals or leave them to die of exposure.

Faced with this growing problem, Miyuki Ishikawa did the unthinkable.

The Birth of the ‘Demon Midwife’

Ishikawa herself was unable to provide for the babies in her hospital because of the lack of Japan’s social and financial services at the time. Many saw her actions as an act of mercy of sorts. And while the final toll of dead children is uncertain, experts believe that she murdered at least 103 babies — which, even at such a low number, makes her Japan’s most prolific serial killer.

Problems arose when Miyuki Ishikawa began demanding payment for her services. Ishikawa and her husband claimed that the large lump sums of payment would cost the families less than raising the child to adulthood. The couple worked in tandem with a corrupt doctor named Shiro Nakayama, who falsified the babies’ death certificates to throw off the local ward office.

Still, the scheme would remain undiscovered until 1948, when a chance finding resulted in the arrest, trial, and conviction of the “Demon Midwife.”

The Impact Of Miyuki Ishikawa’s Crimes 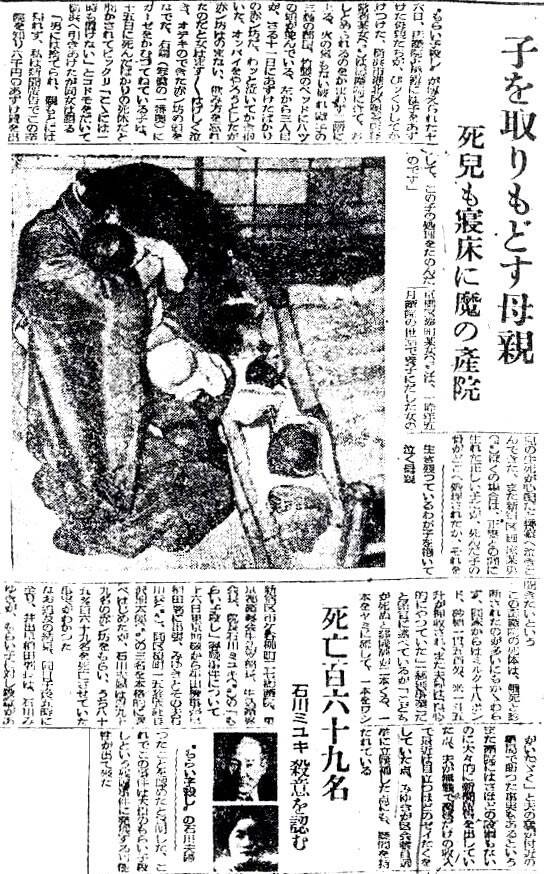 On Jan. 12, 1948, police officers on patrol discovered the remains of five of Miyuki Ishikawa’s victims. Autopsies concluded that none of the babies died of natural causes. Ishikawa and her husband were subsequently arrested.

But prosecutors hit a snag. Ishikawa claimed that the children were abandoned by their parents, and as such, the deaths were the fault of the parents, not of Ishikawa and her husband. The Japanese public supported this assertion, and ultimately, Miyuki Ishikawa was sentenced to just eight years in prison for her role in the murders.

Her husband and Dr. Nakayama were each sentenced to four years in prison. The high courts viewed Ishikawa’s crimes as “crimes of omission,” similar to “involuntary manslaughter” in American courts, which is why her sentence was so light.

The case of Miyuki Ishikawa also had another, far more impactful end result: the legalization of abortion. Prior to the Ishikawa murders, abortion was illegal in Japan. Scholars believe that this contributed to the crisis of unwanted children in the country. But on July 13, 1948 — about six months after Ishikawa was arrested — The Mother’s Body Protection Act was passed, which paved the way for abortion legalization for economic reasons in 1949.

Now that you’ve read the horrifying true story of Miyuki Ishikawa, read all about Belle Gunness, the “Black Widow” serial killer of the midwest. Then, read all about Leonarda Cianciulli, an Italian widow who murdered her victims — and turned them into soap and tea cakes.