The Curious Life Of The Conjoined Hilton Sisters

If the twins did not comply with Meyers or her husband’s training schedule, they would be beaten. This abuse continued over time, with Meyers threatening to institutionalize them if they did not obey. Violet and Daisy Hilton continued to tour, appear in circus shows, and perform under the strict management of the Meyers for many years. Once, the twins even participated in a Bob Hope act.

The sisters never saw a penny of the money they earned – estimated to be around $5,000 per week at the height of their popularity. When they were 23 years old, the Hilton twins (upon prodding from friend Harry Houdini) successfully sued their managers for $100,000 and were released from any standing contracts. The newly emancipated sisters then ventured into Vaudeville on their own; the only thing they knew and enjoyed. 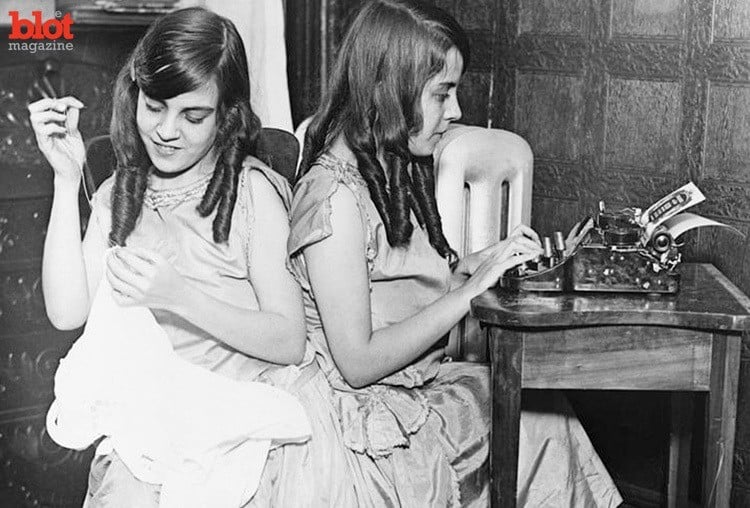 The young women starred in “The Hilton Sisters’ Revue,” and after that scene died down, moved into burlesque shows. Daisy and Violet Hilton led much of their romantic lives before the ever-scrutinizing public eye; having many boyfriends and some failed marriage attempts, which can be partially attributed to the fact that officials regarded the granting of marriage licenses to a man and just one of the sisters as a sort of bigamy. 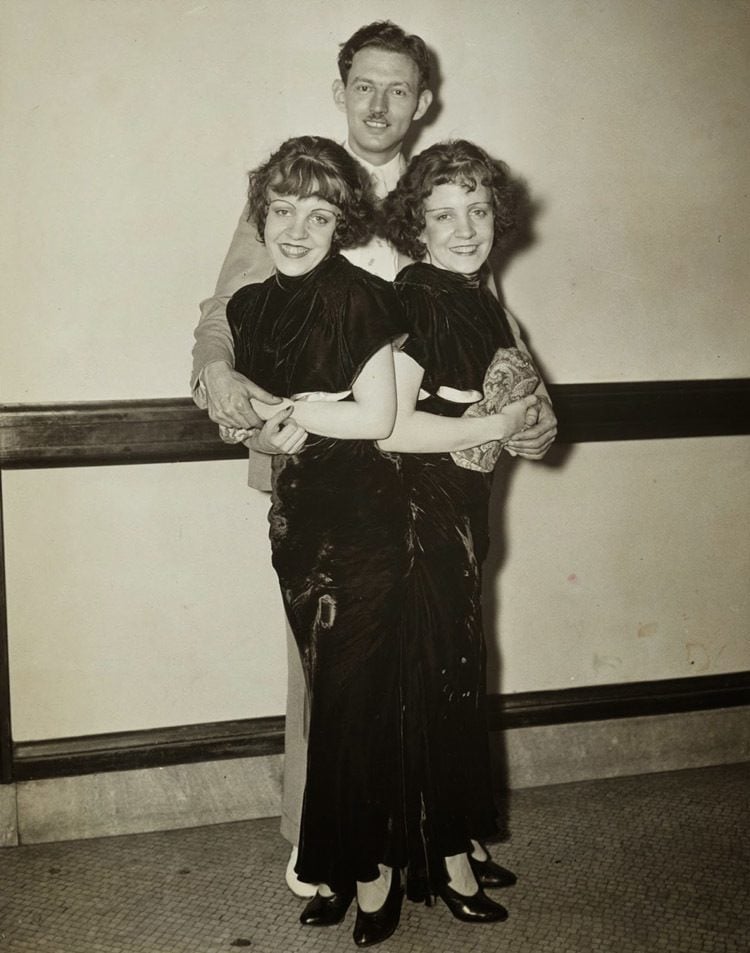 In 1932, Tod Browning’s film Freaks brought the sisters some notoriety, but it faded out along with the ending of the decade. The Hilton sisters penned an autobiography in 1942 titled The Lives and Loves of the Hilton Sisters, in which Daisy wrote:

“We [were] lonely, rich girls who were really paupers living in practical slavery.” And later, “I’m not a machine; I’m a woman. I should have the right to live like one.” 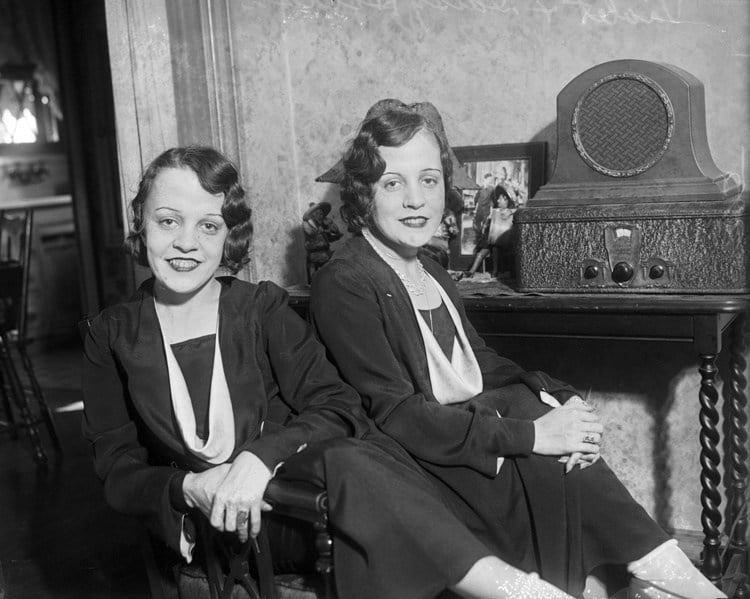 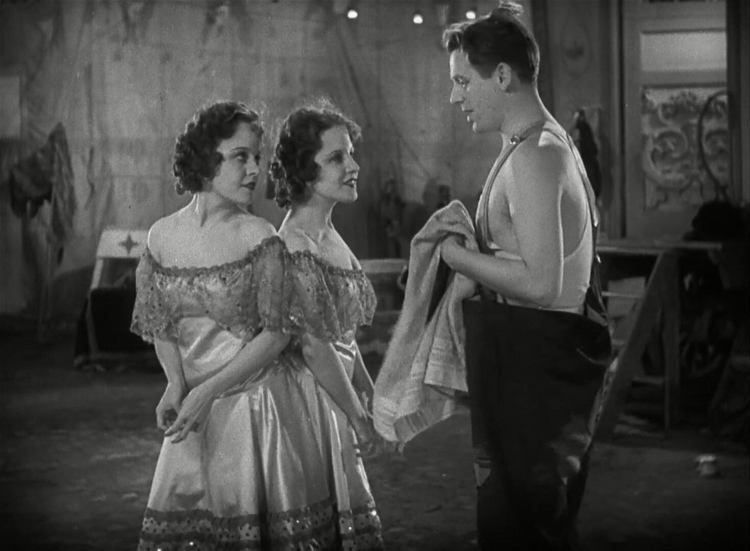 Freaks has gone on to become a cult classic film in the years after its 1932 release. Source: Close-Up Film

By 1951, they had agreed to star in a loosely biographical film on them, Chained for Life, which was released in 1952 but not received well by the public. Exiting cinema, the sisters opened a hot dog stand in 1955, but neighboring vendors complained about the “freaks” that stole all of their business. 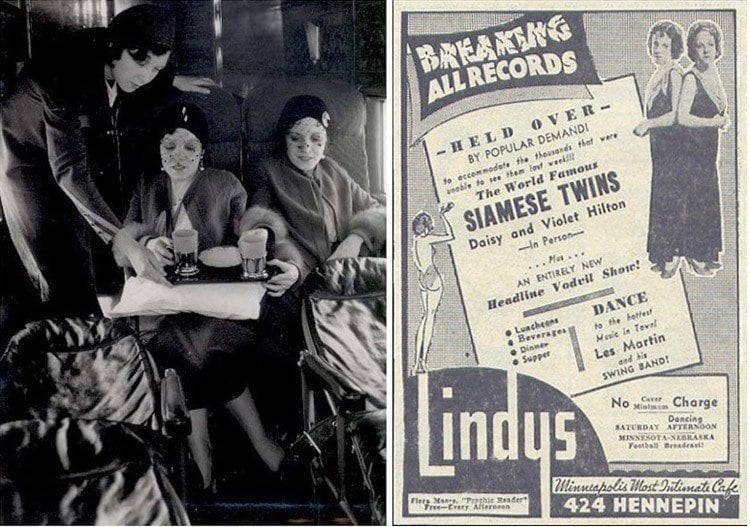 The film Chained for Life dealt with the legal complexities of imprisoning one twin for a crime when the other is clearly innocent. Today the film has an IMDB score of 4.2 out of 10 stars. Source: Messy Nessy Chic

In 1961, the struggling sisters made what would be their last public appearance in Charlotte, North Carolina (after an unsuccessful tour of drive-in theaters) where afterwards they were abandoned by their own tour manager and left without any money or transportation. 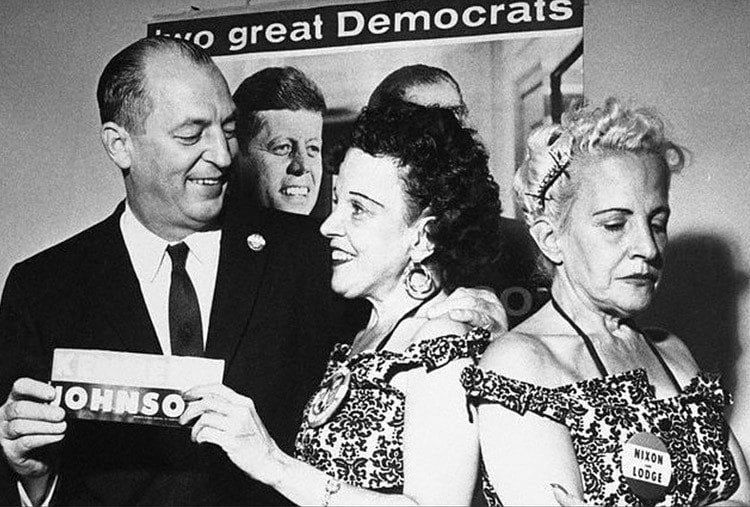 With no options left, they found work at a nearby grocery store promoting Twin Pack potato chips, and became cashiers. They were said to have enjoyed this simple life and the solace it brought them; they even enjoyed performing for their co-workers in the break room.