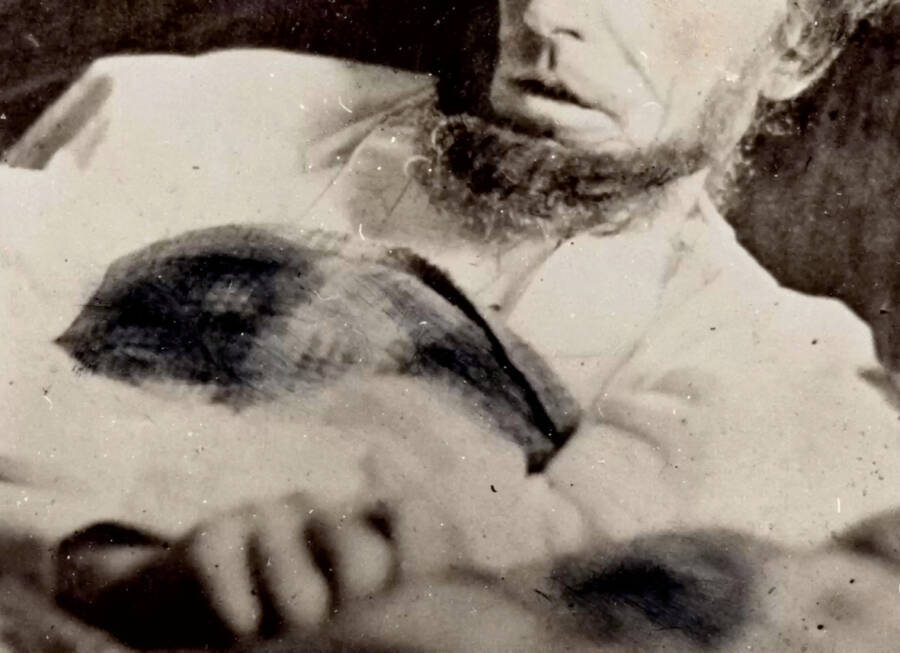 DiscoveryThe long-lost photograph believed by some to depict Abraham Lincoln on his deathbed.

In terms of American history news of 2020, perhaps nothing tops a story that was all about one little image. As part of Discovery’s new documentary Undiscovered: The Lost Lincoln, researchers announced in October that they had found a photograph of President Abraham Lincoln as he lay on his deathbed.

The photo in question was allegedly captured mere hours after John Wilkes Booth fired the fatal shot into Lincoln’s skull in Washington, D.C. on April 14, 1865. While some experts are skeptical, Whitny Braun, the investigator who found it, is convinced the photo is real.

“In the world of authenticating, this is like finding the Holy Grail,” she said.

But Harold Holzer, the author of The Lincoln Image: Abraham Lincoln and the Popular Print, isn’t celebrating this historical discovery quite yet. Holzer knows Lincoln’s face particularly well, as he traced and analyzed all 130 known photos of Lincoln for his book.

Holzer argues that Lincoln was stripped of his clothing as people tried to check his body for additional wounds, while the photograph shows someone clothed. He further throws this historical discovery into doubt by focusing on the image quality. It seems too well lit for a photo captured on ambrotype, in his opinion.

A clip from Discovery’s Undiscovered: The Lost Lincoln documentary.

Braun’s journey to the photo began when an Illinois dentist named Jerald Spolar called her, claiming to have a photo of the 16th president on his deathbed. If true, she knew it would be a stunning and important historical discovery. Braun spent two years researching the image. She gathered experts to help pore over her findings.

For Spolar, meanwhile, this piece of exciting history news started even earlier.

Apparently, a professional photographer named Henry Ulke snapped the controversial image while living across the street from Ford’s Theatre — in the same building Lincoln was brought to after being shot. Before the president died, he managed to take a photograph.

Afterward, Secretary of War Edwin Stanton allegedly demanded any images of Lincoln’s death to remain private. The photo was given to the family. It surfaced in the hands of Lincoln descendent Margaret Hanks in the 1980s. 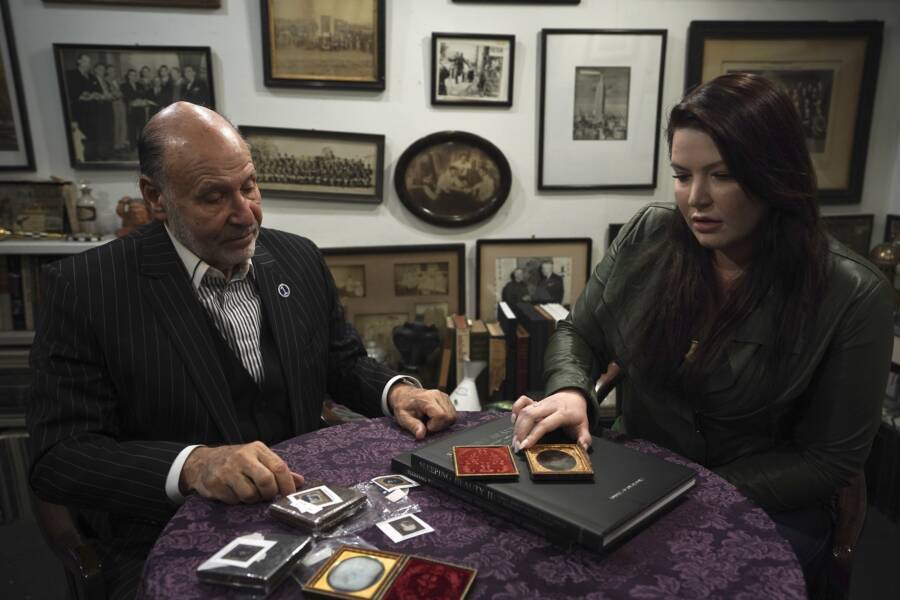 This second cousin once removed from the president sold a collection of artifacts to auctioneer Larry Davis before she died in 1986. It contained the photo in question, which had a Post-it note atop that read simply: “Cousin Abe.” Davis claims his ex-wife stole the image and sold it to Spolar — who fortuitously called Braun.

Ultimately, an assortment of Lincoln scholars as well as experts in medicine, facial recognition, and ballistics all weighed in to analyze Braun’s hopeful assessment. From minute scars matching the president’s to the right eye correctly bulging as one affected by gunshot trauma would — this historical discovery appeared to be authentic. However, this astounding piece of history news remains in question and such doubts may always remain.