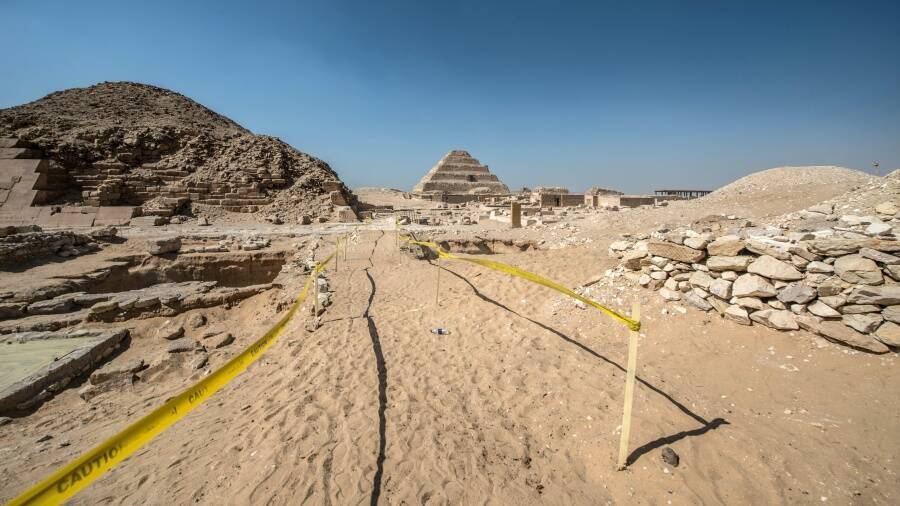 Khaled Desouki/AFP/Getty ImagesThe Pyramid of Djoser on July 14, 2018, while it was still closed for restoration.

The Pyramid of Djoser was the first pyramid ever built in Egypt and it’s been standing for 4,700 years since. As Egypt’s oldest pyramid, its reopening — after 14 years and 6.6 million dollars of renovation — was indisputably one of the most exciting pieces of history news in 2020.

“We completed the restoration…of the first and oldest pyramid in Egypt, that of King Djoser, the founder of the Old Kingdom,” Egyptian Antiquities and Tourism Minister Khaled El-Anany said. “We are in awe as to how he was able to create this structure, which has remained standing for 4,700 years.” 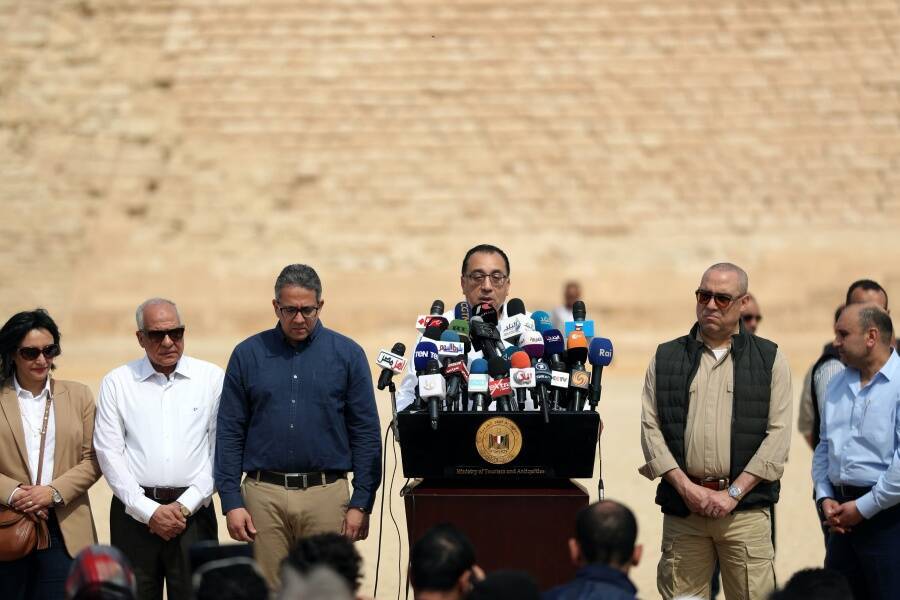 Mohamed el-Shahed/AFP/Getty ImagesEgyptian Prime Minister Mostafa Madbouli and Minister of Antiquities and Tourism Khaled El-Anany (right) speak at the Pyramid of Djoser during a press conference.

Workers focused primarily on restoring the pyramid’s structural integrity. Archaeologists and engineers worked in tandem to ensure both the exterior and interior walls were rehabilitated with the utmost care. Many of these walls had been dangerously deteriorating for years and were nearing collapse.

Furthermore, experts meticulously restored the pathway outside that led to the step pyramid, inner corridors leading to the burial chamber, and the sarcophagus of Pharaoh Djoser himself as well as the walls within his burial shaft. Finally, the resourceful experts installed a brand-new lighting system and an entry accessible for the disabled.

Though the endeavor began in the mid-2000s, it came to an abrupt halt in the early 2010s with the advent of the Arab Spring. The restoration project paused for several years, until work could safely resume and ultimately reach its stunning completion.

A 2009 documentary highlighting the increasingly deteriorated state of the Pyramid of Djoser.

As Egyptian Prime Minister Mostafa Madbouli announced at the triumphant reopening ceremony in March, “We are working hard to build a new Egypt. The restoration of our heritage is at the top of our priorities.”

All in all, this incredible piece of history news was almost 5,000 years in the making.