The Pyramid Of Djoser, Egypt’s Oldest And Largest, Restored To Its Former Glory

The Pyramid of Djoser was built more than a century before the woolly mammoth went extinct. And thanks to a recent restoration effort, not only is Egypt's oldest and largest pyramid still standing — it looks better than ever. 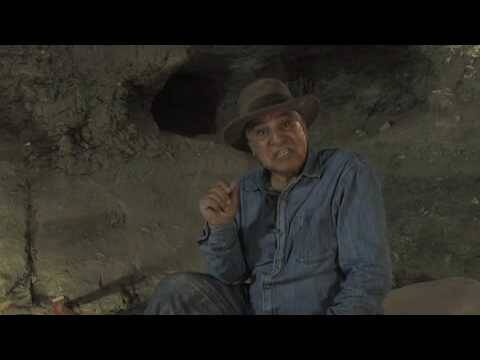 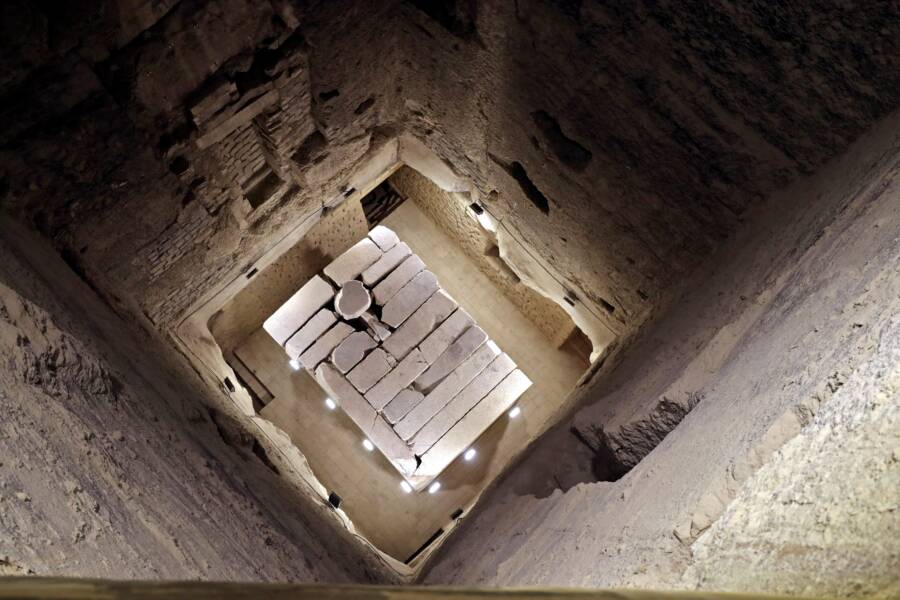 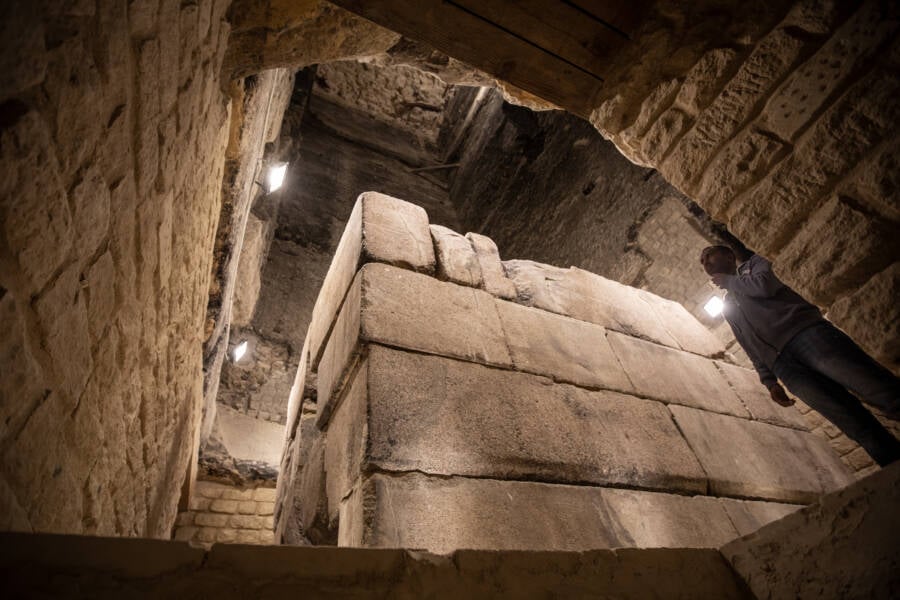 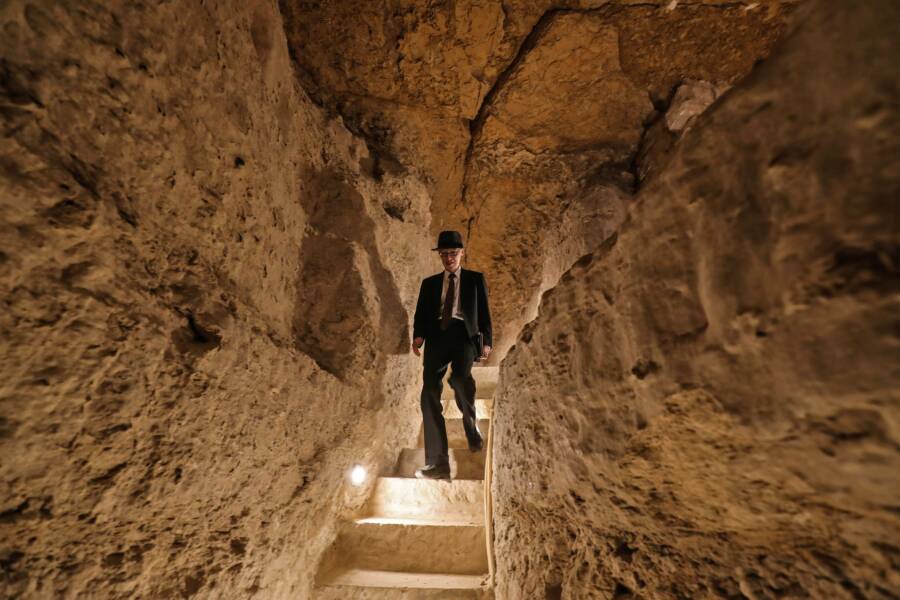 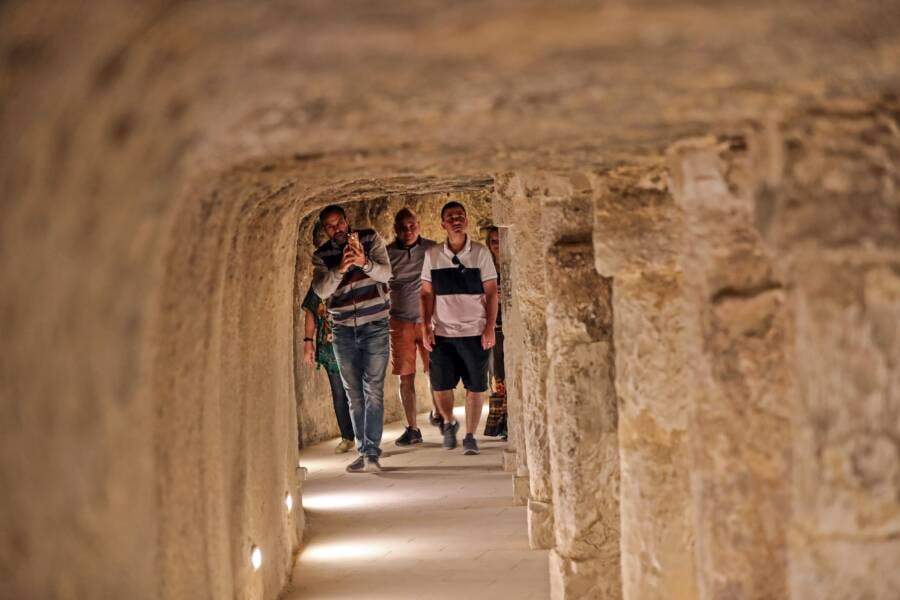 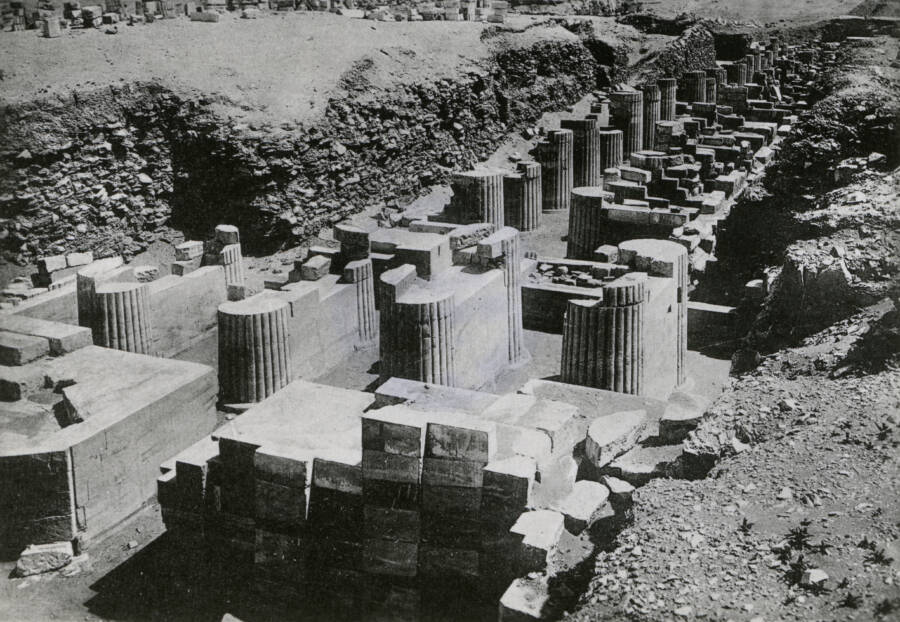 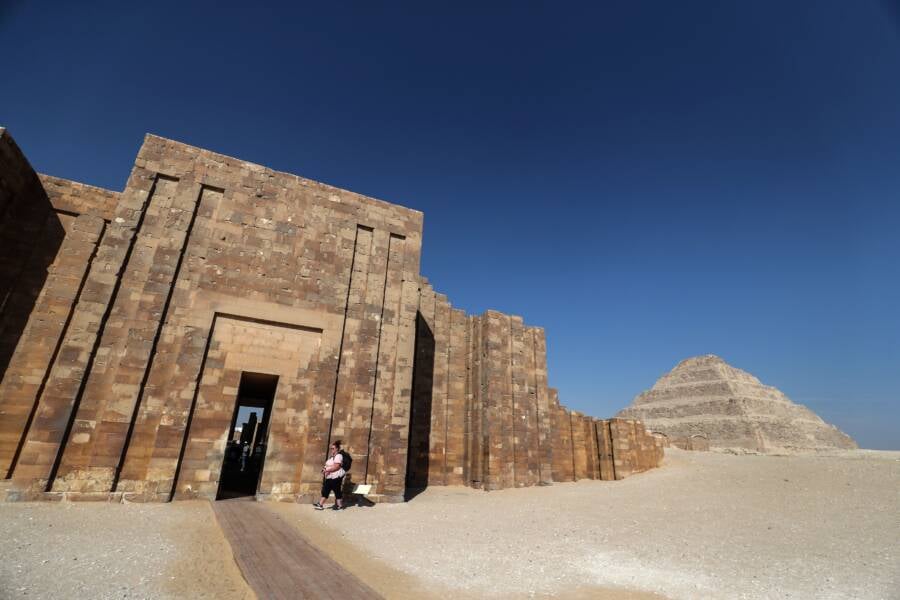 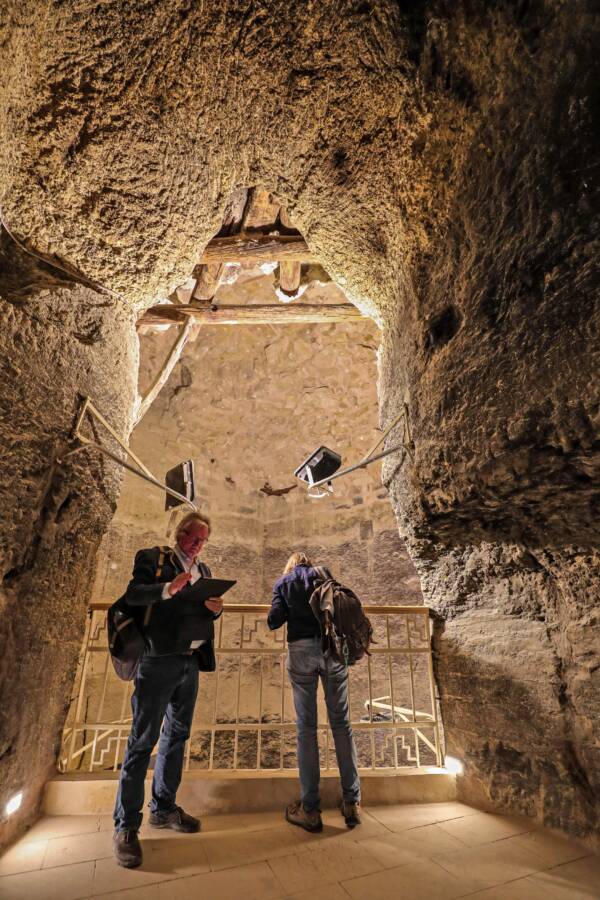 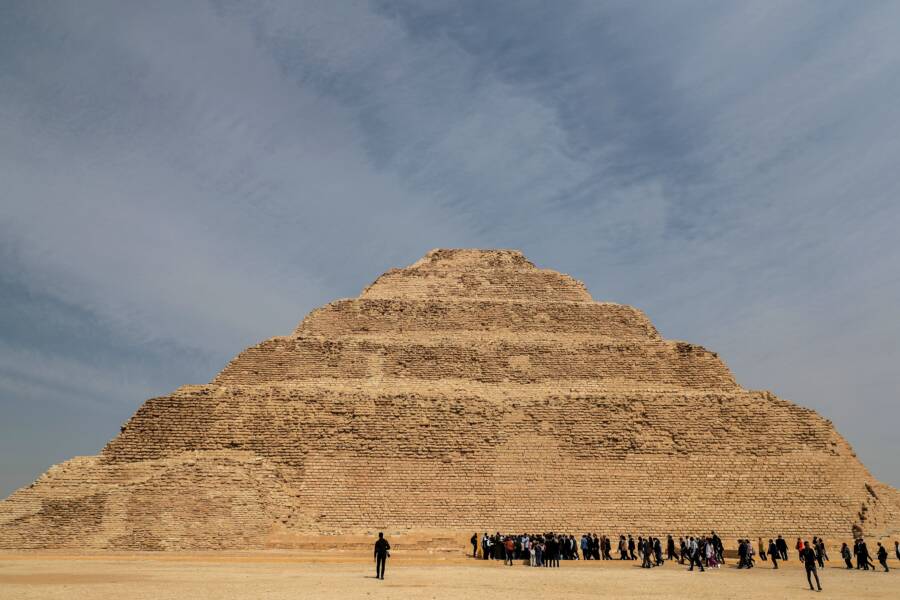 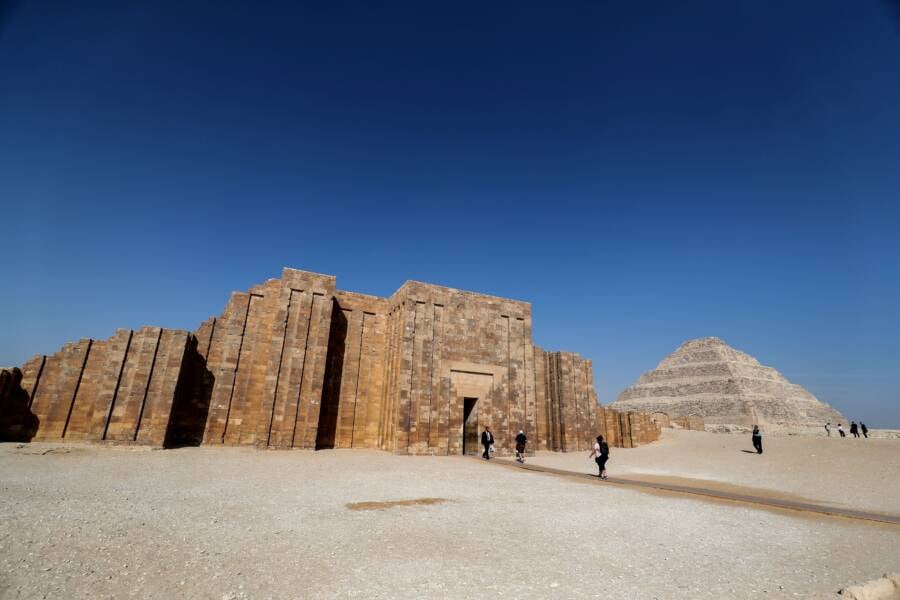 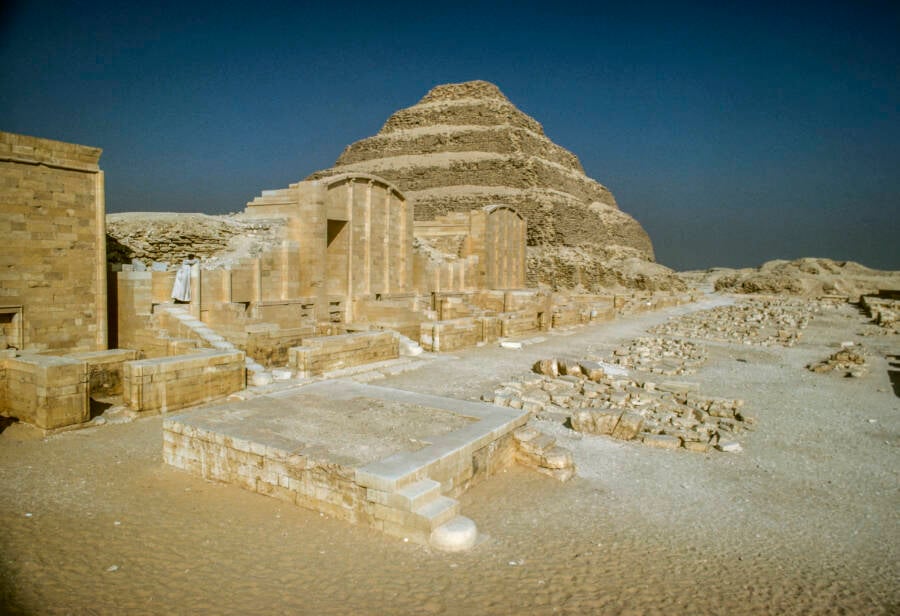 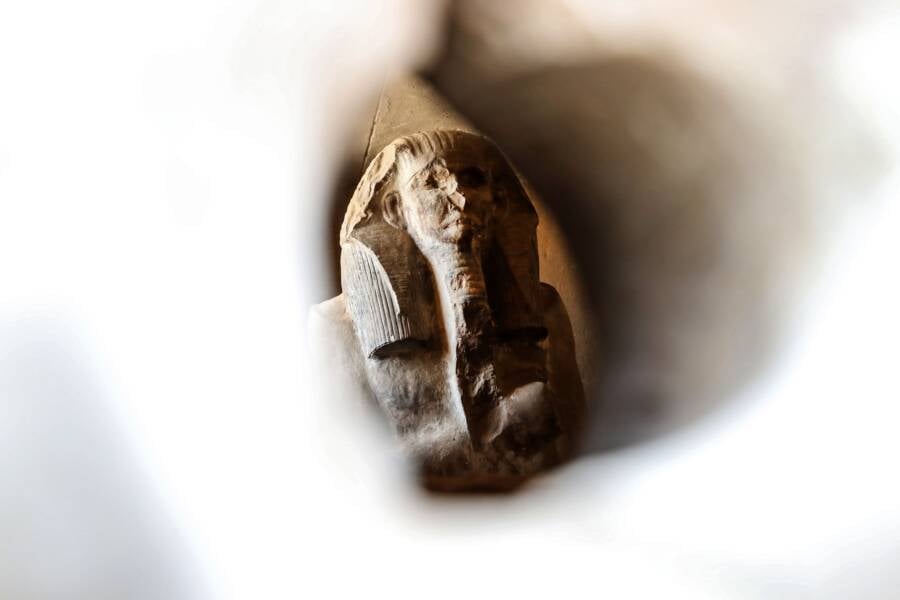 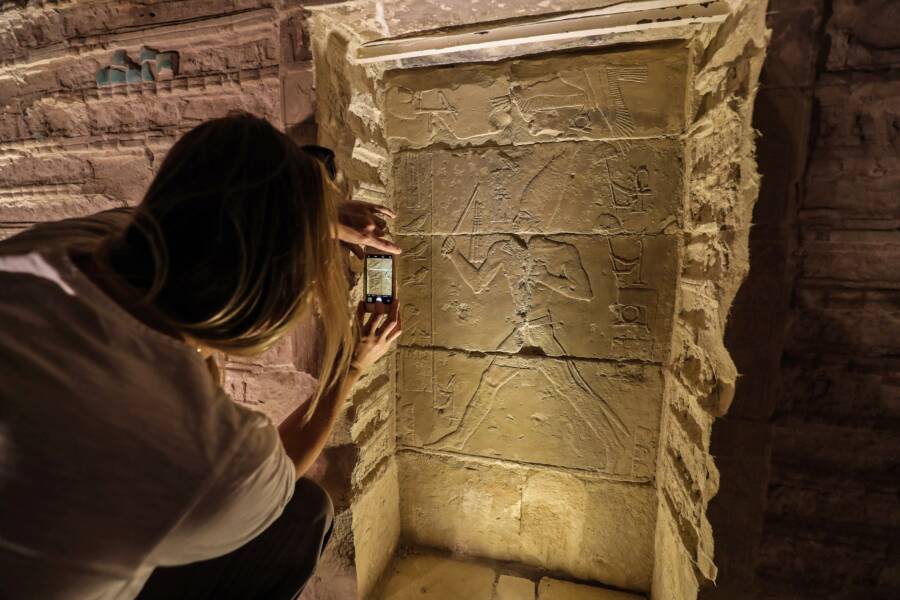 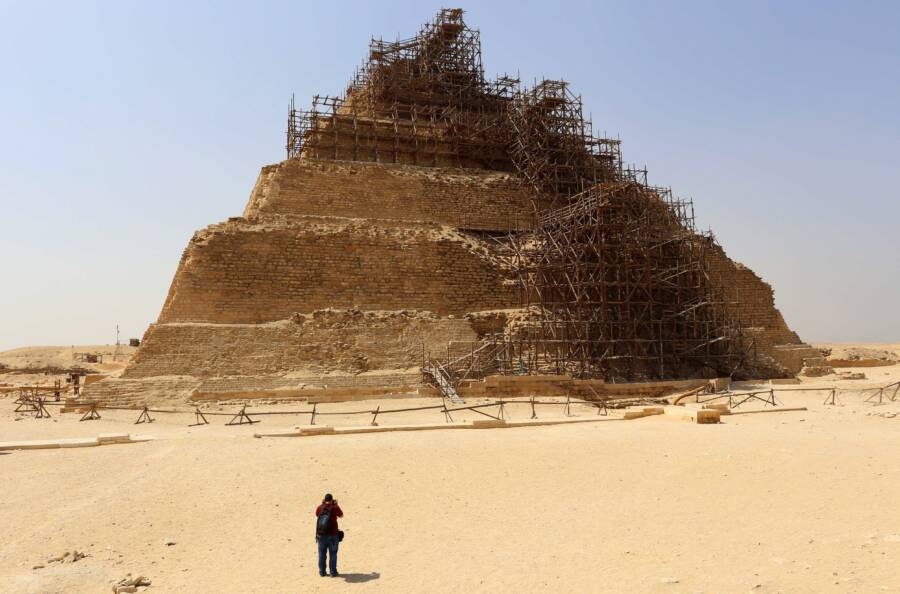 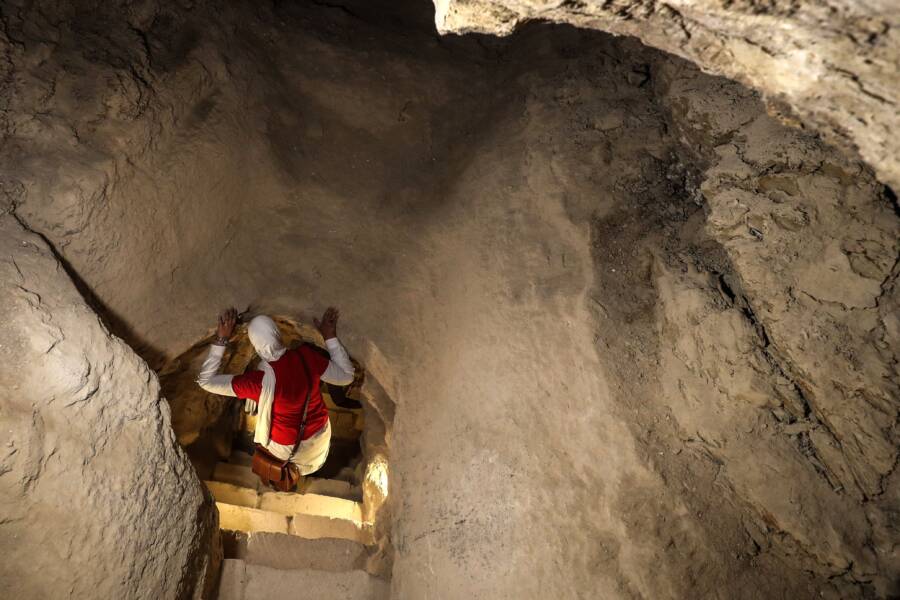 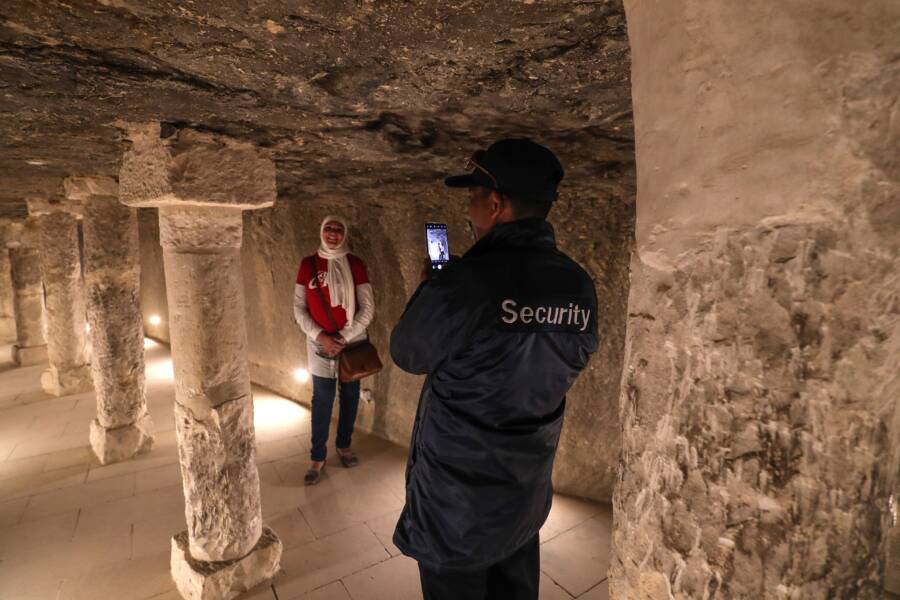 The Pyramid Of Djoser, Egypt’s Oldest And Largest, Restored To Its Former Glory
View Gallery

Though the Pyramids of Egypt still incite wonder and remain stunningly intact after thousands of years, they didn't stay that way without a healthy dose of restorative work over the decades.

Recently, the oldest of them all and the oldest large-scale cut stone structure to have ever been built by humans, the Pyramid of Djoser, finished a major facelift. During that time, the site was closed off to tourists, but it has now finally reopened.

"We completed the restoration... of the first and oldest pyramid in Egypt, that of King Djoser, the founder of the Old Kingdom," Egyptian Antiquities and Tourism Minister Khaled El-Enany said during the official reopening on March 5. "We are in awe as to how he was able to create this structure, which has remained standing for 4,700 years."

This massive restoration project started all the way back in 2006 and cost about $6.6 million. But now, after all that careful work, the public can once again stand in awe of the Pyramid of Djoser, the oldest in Egypt.

The History Of The Pyramid Of Djoser 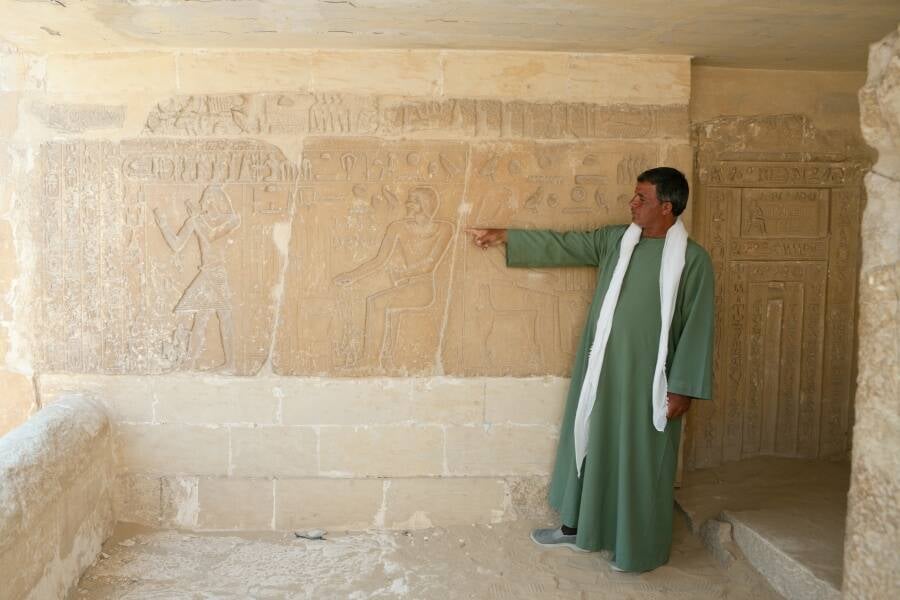 Getty ImagesA guide shows an inscription inside a structure within the Saqqara complex.

A majestic limestone structure in the heart of the Pyramid Complex of Saqqara, the Pyramid of Djoser (or Zoser) stands as one of the most renowned archaeological sites in the world. The pyramid was constructed 4,700 years ago during the reign of Pharaoh Djoser, one of the Third Dynasty kings that ruled over ancient Egypt.

Before Pharaoh Djoser took the throne, kings were typically buried in Abydos. But this tradition later changed and the pharaohs were then buried near Memphis, one of the oldest and most important cities in ancient Egypt.

Because preparation for the afterlife had great significance among ancient Egyptians, these royal burials were a grand affair of great importance to the ruler in question. When it came time to choose his final resting place, Pharaoh Djoser settled on Saqqara which was then a large mortuary complex northwest of his capital city Memphis. Thus, the Egyptians built the Pyramid of Djoser — also known as the Step Pyramid — in the king's honor at the heart of the Saqqara necropolis.

A documentary from 2009 highlights the deteriorated conditions of the Pyramid of Djoser before restorations.

Djoser's trusted vizier, Imhotep, oversaw the construction of the king's pyramid during the 27th century B.C. Design plans for the pharaoh's pyramid were massive; Imhotep planned the construction of a 197-foot pyramid featuring a six-stack terrace of steps over the structure's burial shaft tomb which was made 92 feet deep and 23 feet wide.

The Pyramid of Djoser was meant to be the centerpiece of the Saqqara burial complex which was decorated with a myriad of ceremonial structures, halls, and courts. Historians say that Pharaoh Djoser's decision to be buried at Saqqara singlehandedly elevated that site's status immensely.

While Imhotep's role was mainly as the pharaoh's right-hand, his grand vision in building the Pyramid of Djoser cemented his status among historians as one of the ancient world's foremost architects.

Indeed, the Pyramid of Djoser is the first-large scale cut stone structure in history and the largest pyramidal funerary complex ever built. In 1979, Memphis and its Necropolis — the Pyramid Fields from Giza to Dahshur which includes the Pyramid of Djoser — was made a World Heritage Site by the United Nations Educational, Scientific and Cultural Organization (UNESCO). 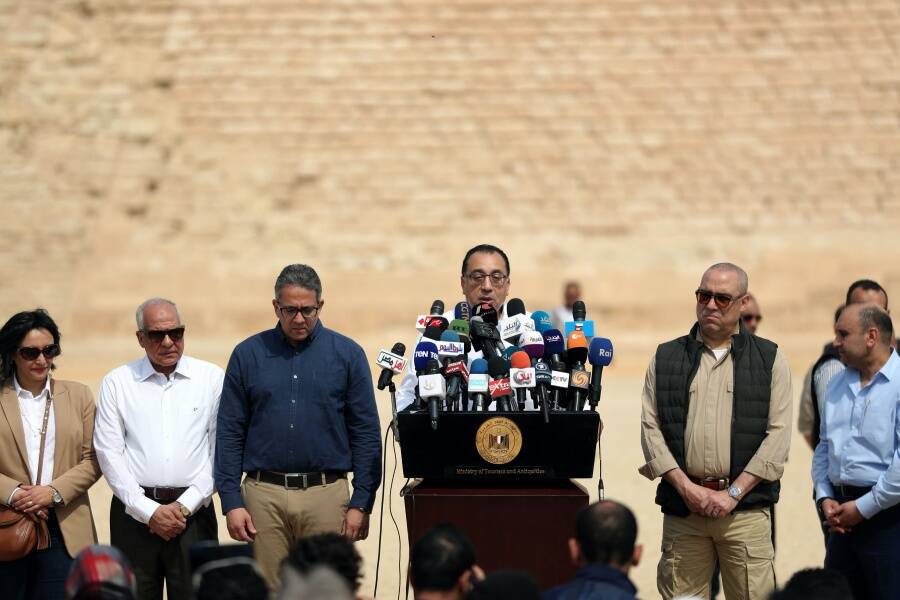 Mohamed el-Shahed/AFP via Getty ImagesEgyptian Prime Minister Mostafa Madbouli and Minister of Antiquities and Tourism Khaled El-Anany (right) hold a press conference in front of Pyramid of Djoser during its reopening.

In 2006, thousands of years after it was first built, the Pyramid of Djoser began undergoing a massive restoration project. The main objective was to rehabilitate the integrity of the pyramid structure which included restoration work to both its exterior and interior to prevent the deteriorating walls from collapsing.

Experts worked meticulously to restore the outdoor pathway leading to the Step Pyramid as well as to the inner corridors that lead to the burial chamber. Restoration work was also performed on Pharaoh Djoser's sarcophagus and the walls inside his burial shaft tomb. 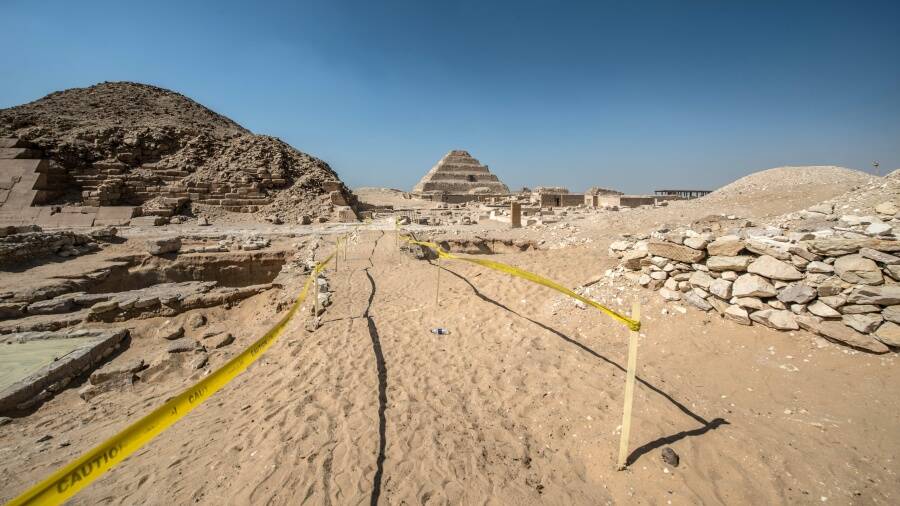 Khaled Desouki/AFP via Getty ImagesThis photo taken on July 14, 2018 shows a view of the Pyramid of Djoser, or Zoser, when it was still closed for improvements.

In all, the entire project took 14 years to complete, including a few years during which the restoration process had been paused due to the Arab Spring.

In addition to work on the actual structure itself, a new lighting system and disability access entry were installed to accommodate the stream of visitors that the Pyramid of Djoser is now expected to draw.

As Egyptian Prime Minister Mostafa Madbouli said at the reopening ceremony, "We are working hard to build a new Egypt. The restoration of our heritage is at the top of our priorities."

The magnificent Pyramid of Djoser is certainly now a testament to the scale of those efforts.

After this look at the Pyramid of Djoser, discover the most fascinating facts about ancient Egypt. Then, learn some expert theories about how the ancient Egyptians may have built their astonishing pyramids.