Healthier Than Bread, Safer Than Water 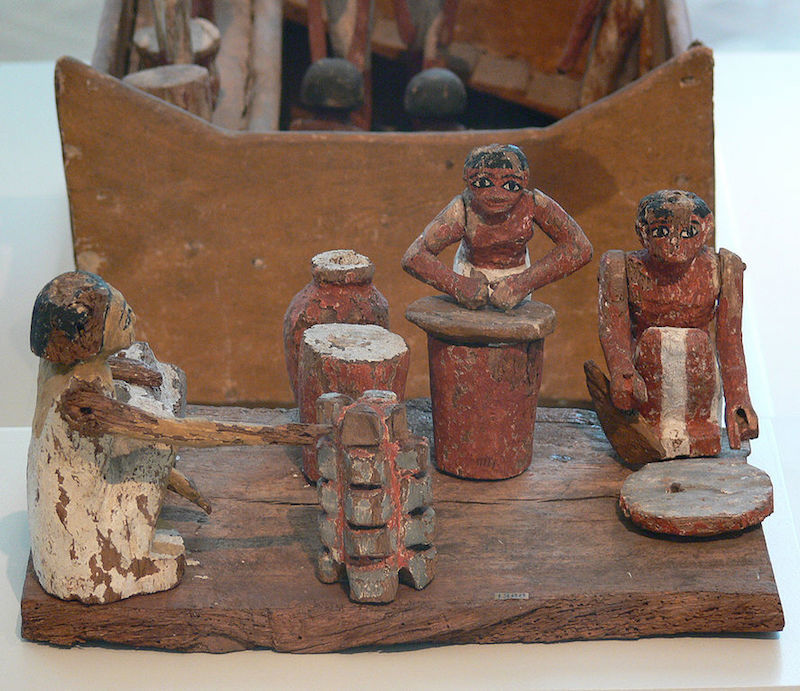 An Egyptian sculpture of women making beer and bread.

Beer may have come before bread for health reasons.

Solomon Katz, an anthropology professor at the University of Pennsylvania during the 1980s stated that bread wasn’t even all that popular with early civilizations in the Middle East.

What’s more, choosing beer over bread was actually an important dietary choice, according to Patrick McGovern, author and director of the Biomolecular Archaeology Project for Cuisine, Fermented Beverages, and Health at the University of Pennsylvania.

In fact, McGovern and Katz argue that beer was more nutritious than early bread. Beer has “more B vitamins and (the) essential amino acid lysine,” McGovern wrote in his book Uncorking The Past: The Quest for Wine, Beer, and Other Alcoholic Beverages.

Early beer wasn’t the high gravity, high alcohol beer we see on draft today. Natural fermentation kept the alcohol levels at session beer level — around two to five percent. But early humans didn’t have the tolerance of today’s drinkers, and even low alcohol levels would have been enough for a heady buzz.

Furthermore, in addition to the warm and fuzzy feelings, the alcohol would have killed the dangerous microorganisms that lurked in the natural sitting water.

The History Of Beer: Beer As A Civilization Builder 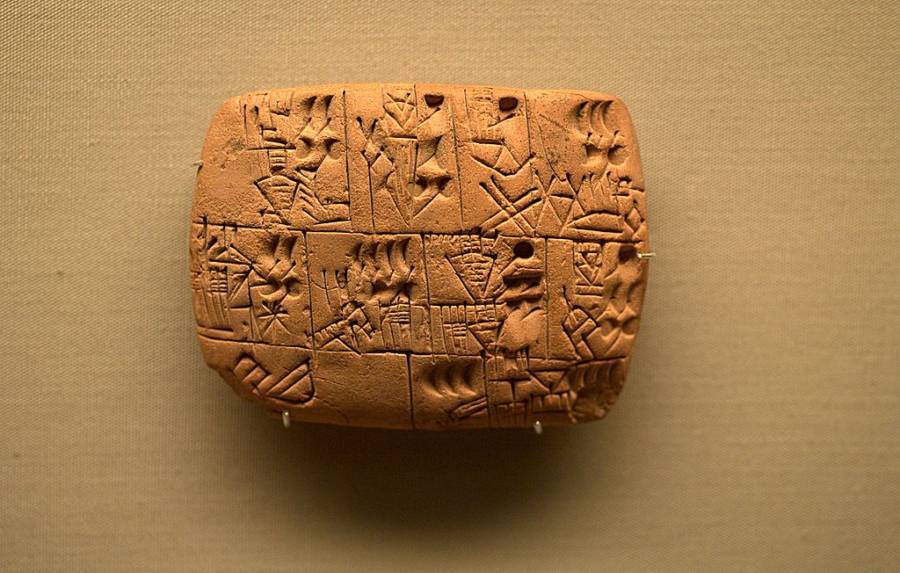 A tablet from Iraq dated to the third millennium BCE, recording the allocation of beer.

A more recent, and more liberal, branch of the “beer before bread” theory comes from Brian Hayden and a team of researchers at Simon Fraser University in Canada. The researchers published a paper in 2013 titled What Was Brewing in the Natufian? An Archaeological Assessment of Brewing Technology in the Epipaleolithic.

The Natufian is the ancient civilization that lived in present-day Syria, Jordan, and Israel, and the Epipaleolithic period was a section of the Stone Age between 20,000 and 10,000 B.C.

According to Hayden, alcohol was the social lubricant early humans needed to develop an agrarian society. Beer was a treat offered to guests at feasts and gatherings, which led to the formation of alliances and political structures.

“Beer played a primary role in attracting people to feasts and making them effective mechanisms for creating political structures and power within communities,” Hayden writes, “as well as promoting the production of surpluses on an ever-increasing scale.” 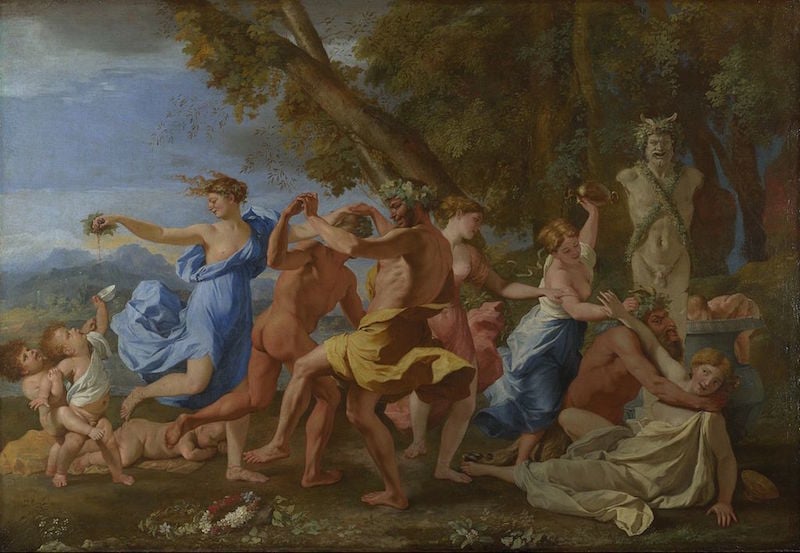 The Romans were famous for using alcohol as a social lubricant.

In other words, people needed beer to communicate. Early humans had a herd mentality, and a rigid social structure came along with that herd mentality. Jeffrey Kahn, associate professor of psychiatry at New York-Presbyterian Hospital and author of Angst: Origins of Anxiety and Depression, argues in The New York Times in 2013 that beer allowed ancient humans to free their minds and think more about art, literature, language, and society.

Furthermore, the Code of Urukagina (named for the king of ancient Sumer in the the third millennium BCE) — widely regarded as the world’s first written legal code — even used beer as a central unit of payment and penance. 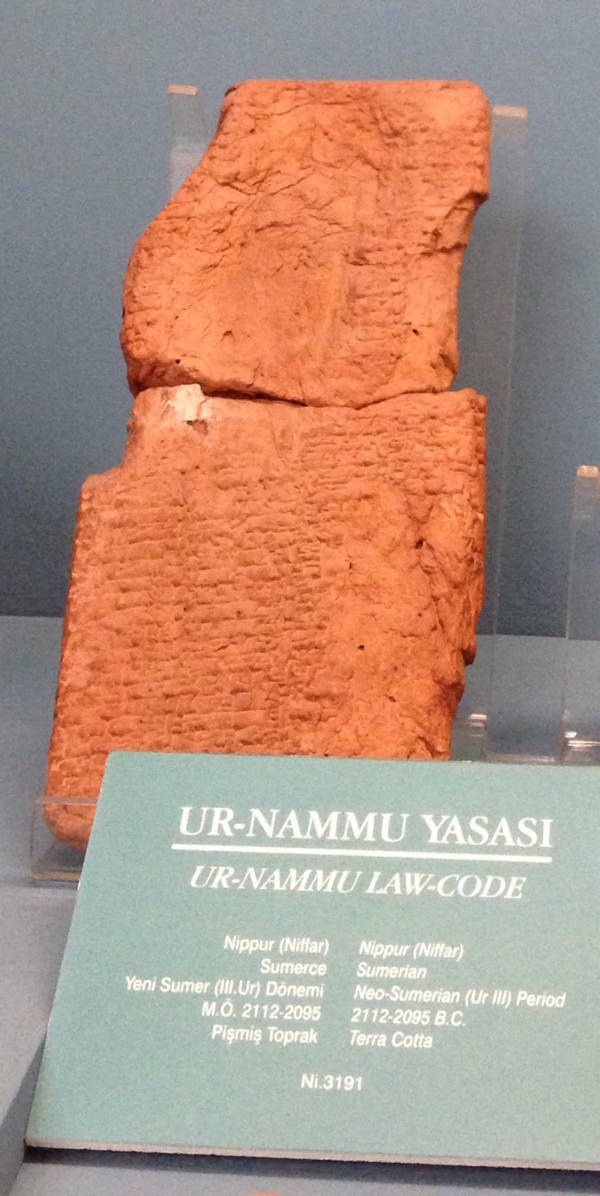 The Code of Ur, the first written legal code, required beer as payment. Wikimedia Commons

Yet despite all of the circumstantial evidence, researchers are still searching for the missing link that could put the leaves on the branches of the beer before bread theory. The next time you pour a cold one with your friends, think back to the ancients and thank them. Because whether or not beer came first, it is always first at the feast.

“It’s not that drinking and brewing by itself helped start cultivation,” Hayden told LiveScience back in 2010. “It’s this context of feasts that links beer and the emergence of complex societies.”