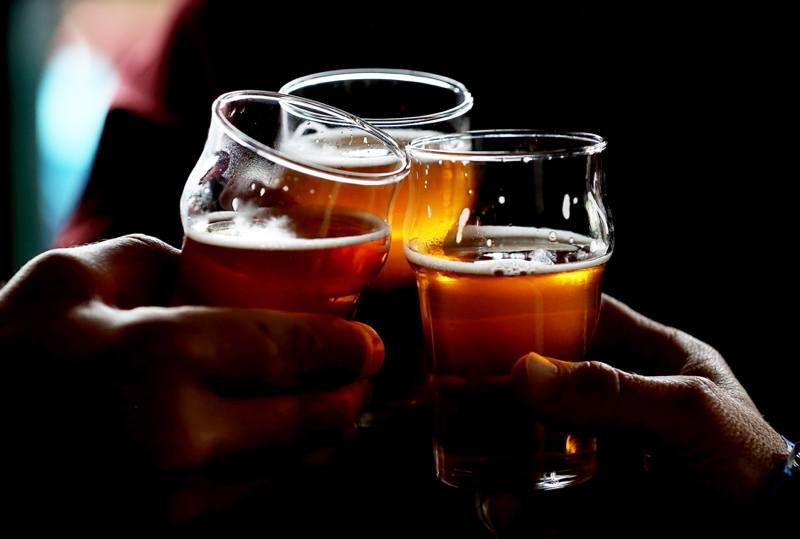 Around 6,000 years ago, ancient Sumerians living in the Fertile Crescent recorded the first known instance of purposeful beer brewing. The grain-based beverage has since become integral to countless cultures around the world, inspiring men to risk their lives for distribution, inciting riots in the streets of New York City and bringing international renown to cultural events like Oktoberfest.

But there’s a theory that beer holds an even more important place in history, that civilization itself owes its very existence to the beverage — the “beer before bread” theory.

“There is a perfectly respectable academic theory that civilization began with beer,” writes Michael Jackson, the author of World Guide to Beer.

Jackson’s words go against everything Americans are taught in school about the agricultural revolution. This much we know: Ancient humans in the Neolithic period settled in the Fertile Crescent and grew grain that they used to make bread and brew beer.

But which came first — and which was more important — is as fiercely debated in certain circles as any origin story. Yet, since the 1950s, scholars have been unearthing evidence that beer “civilized” humans, not bread.

The Origins Of The Beer Before Bread Theory

Robert Braidwood, a Middle East scholar from the University of Chicago, started working Indiana Jones style in the Fertile Crescent in the 1950s. His archaeology led to a surprising find: sickles and ancient grain locked in a time capsule of clay dating back to sometime between 9,000 and 13,000 B.C.

Braidwood believed he had found the missing link that marked the beginning of civilization as we know it.

He theorized that early humans began to domesticate wild wheat, rye, and barley rather than wander in hopes of gathering meager portions of wild grain. So, early humans built permanent living locations and stone grain silos to store the grain. Then they built villages centered around the silos and primitive planting grounds. They needed to stay rooted long enough to build their homes, grow their crops, and make bread.

Braidwood published his findings in 1952 in the Scientific American. His theory is still among the first to inform our modern understanding of the Neolithic Revolution. It wasn’t long, however, before opposing theories started growing in a different direction. 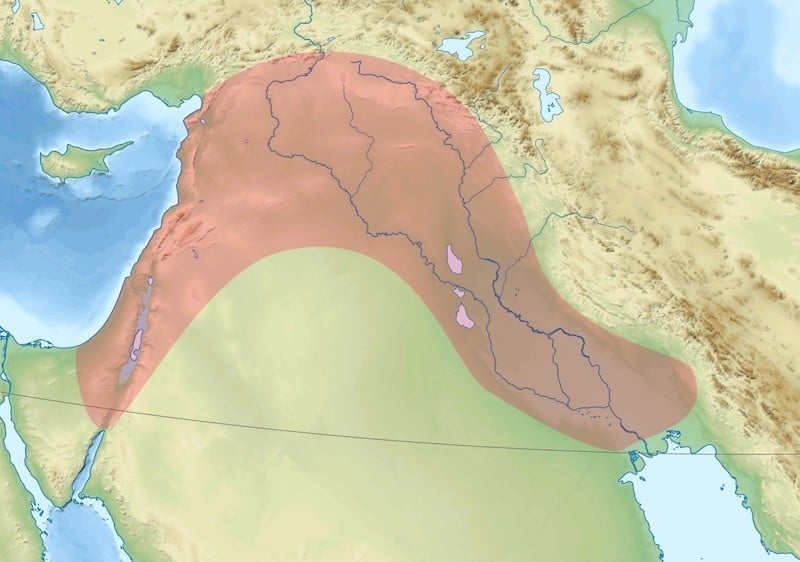 The area of the Fertile Crescent in red.

Just a year after Braidwood published his paper, a symposium titled Did Man Once Live By Beer Alone?, published by the American Anthropological Association, saw some researchers argue that beer, not bread, came first.

In the words of Jonathan Sauer, a Wisconsin botany professor who took part in the symposium, “Thirst rather than hunger may have been the stimulus behind the origin of small grain agriculture.”

Sauer and the others who advanced the “beer before bread” theory claimed that both the kinds of tools and the kinds of grains found at dig sites in the Fertile Crescent (namely Jarmo, Iraq) were more in line with brewing than baking.

Elsewhere, in Mexico, teosinte — a primitive ancestor of maize — was first cultivated 9,000 years ago. Teosinte is not good for corn flour, but it is good for beer. It wasn’t even until generations later that Mexican farmers domesticated the Teosinte grass into maize for eating.

But, before that, the alcoholic drink made from teosinte, known as “Chicha,” was being produced — and it is still made to this day.

“The Chicha made in Bolivia is kind of a ‘living fossil’ of beverages,” Richard Wagner, a beer historian at Pennsylvania Brewery Historians and author of Philadelphia Beer: A Heady History of Brewing in the Cradle of Liberty, told ATI.

But from Mexico to the Middle East, why would early humans have brewed beer before baking bread?