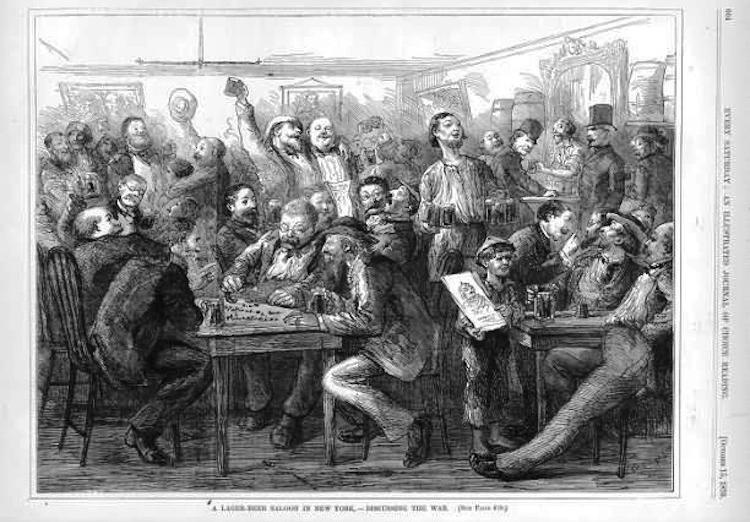 The first recorded social disturbance in Chicago was caused by the social lubricant of society – alcohol. The Lager Beer Riot happened after the city mayor, Levi Boone, renewed the enforcement of an old law that mandated taverns be shut on Sundays and the cost of a liquor license was raised from $50 to $300 a year.

Naturally, the move didn’t go over too well with the local populace – particularly as it was seen as targeting German and Irish immigrants who had moved to the area in abundance. Matters worsened after several tavern owners were arrested for breaching the law, and angry immigrants took to the streets in protest, clashing with hundreds of police and militia the Mayor had called in which further fanned the massive riots. 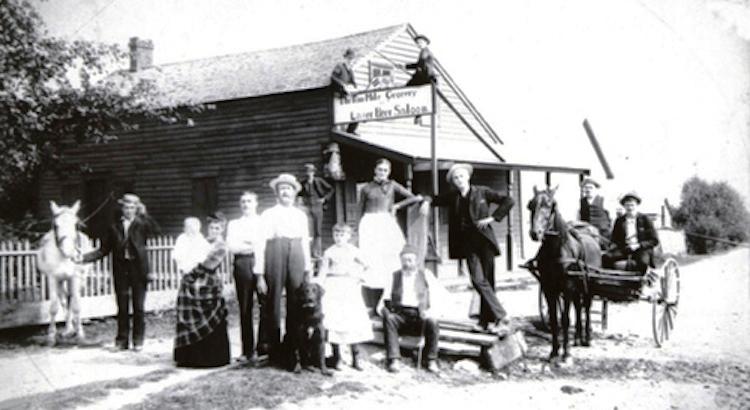 Cannons and firearms were employed against rioters, resulting in one death and 60 arrests. Though the riot was short-lived, the consequences were far reaching. The following year, immigrants turned out in droves to the city election, driving out Levi Boone as mayor and abolishing the reinstated drinking laws. 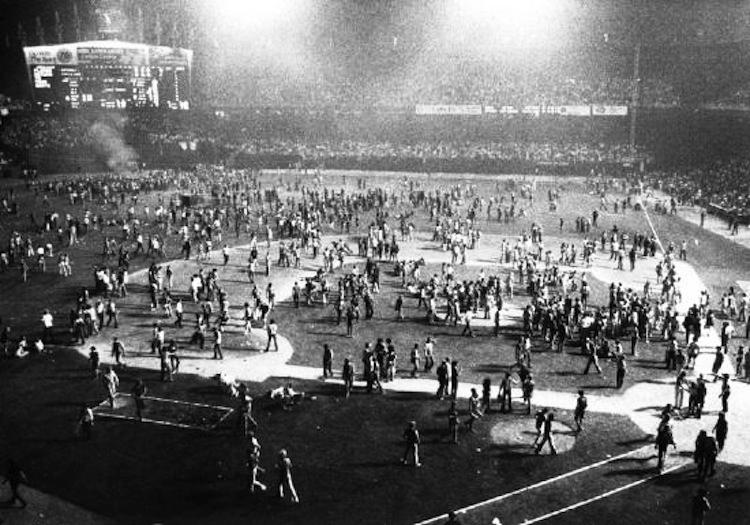 Losses in sporting events are particularly apt at sparking statewide riots, but this riot happened before the results were even in. The June 4th, 1974 baseball game between the Cleveland Indians and Texas Rangers was held at Cleveland Municipal Stadium. To entice fans to attend, a Ten Cent Beer night promotion was held. With over 25 thousand people showing up, the bait worked, but unfortunately, a spate of unruly behavior – including various incidences of people running onto the field to streak, moon and breast-flash – also ensued.

The actual riot, however, didn’t occur until a fan ran onto the field in the 9th inning and attempted to steal Texas outfielder Jeff Burroughs’ cap. In confronting the fan, Burroughs tripped. The Texas manager thought he had been attacked and led his team (wielding bats) on the field to retaliate. A large portion of the inebriated crowd – some armed with weapons of their own – and the opposing team also ended up on the field for the tussle. Fists, bottles, food, rocks and folding chairs flew, bases were stolen and the game was forfeited.

Though widely renowned now, the premiere of Igor Stravinsky’s prestigious French ballet was the source of much conflict in 1913. The Rites of Spring debut at the Théâtre des Champs-Élysées in Paris completely polarized the audience with its unconventional and jarring musical composition and choreography. Those accustomed to elegance and grace in traditional ballets began to boo the spectacle on stage, while those who liked the ballet began to argue with the detractors.

Halfway through the performance, aggressive words turned into physical violence and the police were called in to restore calm. Stravinsky was so aghast at the audiences’ reaction that he fled the theater before the ballet finished.