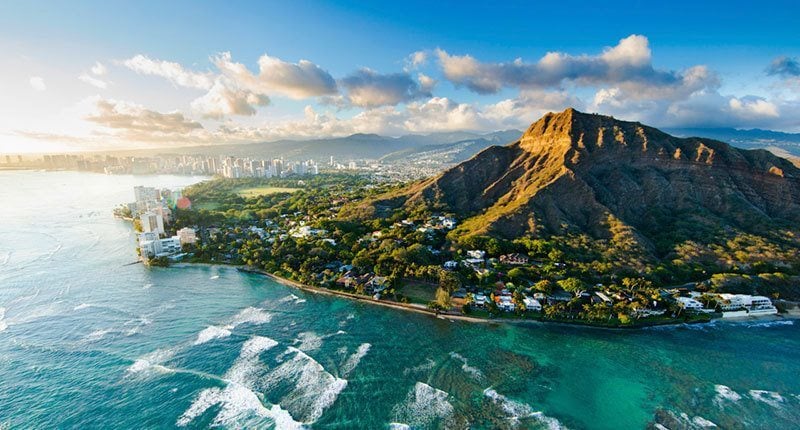 Triangles have three sides. The sun sets in the west. The United States is composed of 50 states. All are taken to be self-evident, but up until August 21, 1959, the latter was simply not true. Of course, that all changed when President Dwight D. Eisenhower signed a proclamation that allowed Hawaii to become a state exactly 56 years ago today. 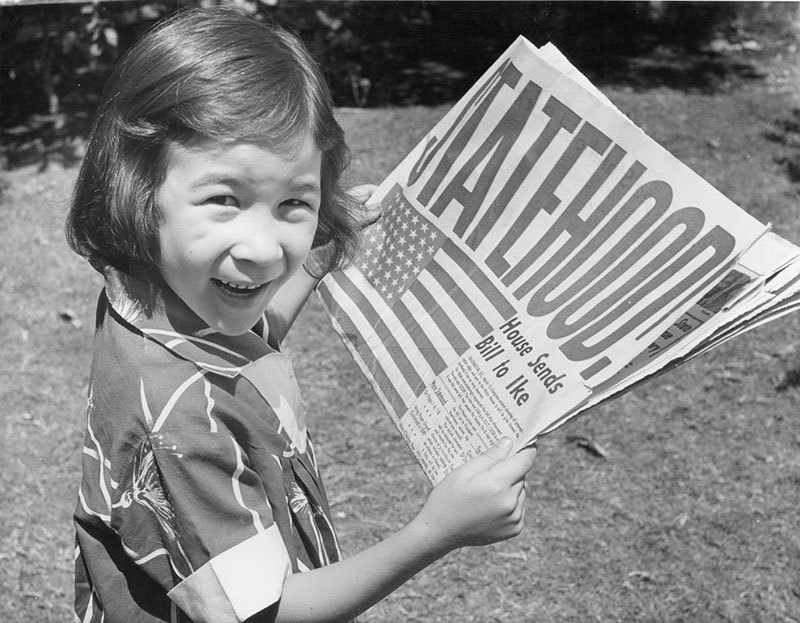 Known for its lush, tropical landscape and best remembered as the site of the 1941 Pearl Harbor bombing, Hawaii adds much to the nation’s diversity: the state is the only one to grow coffee, and it supports about one-third of the world’s commercial supply of pineapples. But behind the state’s pristine beaches and tropical splendor lies a dark history of forced transformation. 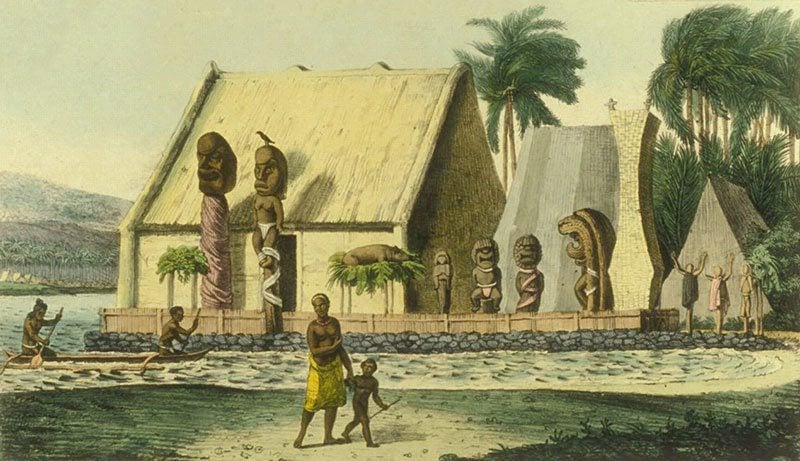 This picture depicts native Hawaiians outside a religious building. Their religion was based on polytheistic and animistic beliefs. Source: Wikipedia

Before being populated by tourists, Hawaii’s first inhabitants were Polynesian voyagers. Archaeological records indicate that they landed on the islands as early as 300 CE, but since the Polynesians preserved their history in chants and legends and forwent written accounts, it’s hard to know much about their daily lives. Aside from their status as incredibly gifted seamen, few works describe this period in Hawaii’s history. It wasn’t until the Europeans “discovered” Hawaii in the 18th century that an official knowledge of Hawaii was produced. 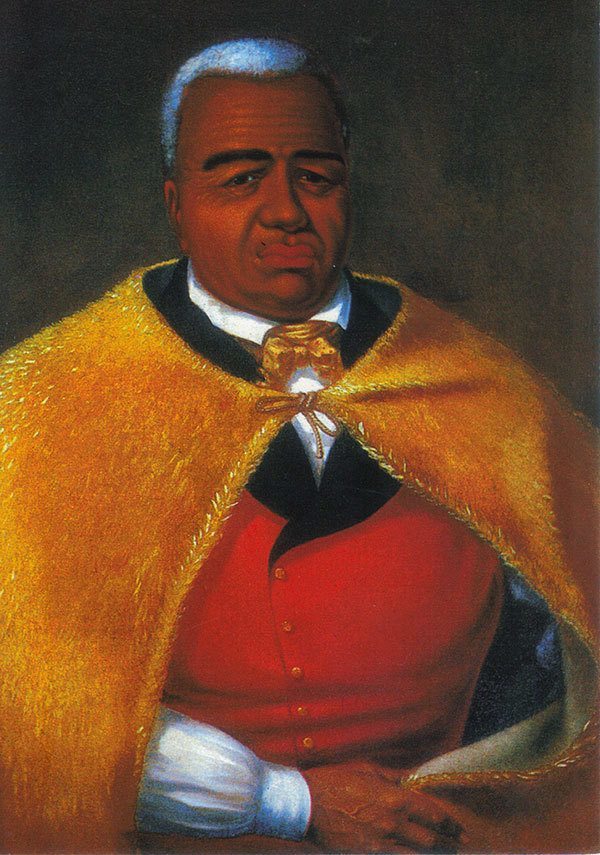 King Kamehameha was a beloved ruler who bravely led his men into battles. Source: Flickr

In these times, relations among the various islands were tense, and island chiefs often fought with one another for dominance. By 1810, victor King Kamehameha united the islands and ended the bloodshed. In 1819, just a year after Kamehameha passed away, his son abolished the kapu system – an ancient Hawaiian code of conduct and regulatory laws. Around this time, outsiders began coming to Hawaii – especially American missionaries – leaving their footprints all over the islands in both a figurative and literal sense. 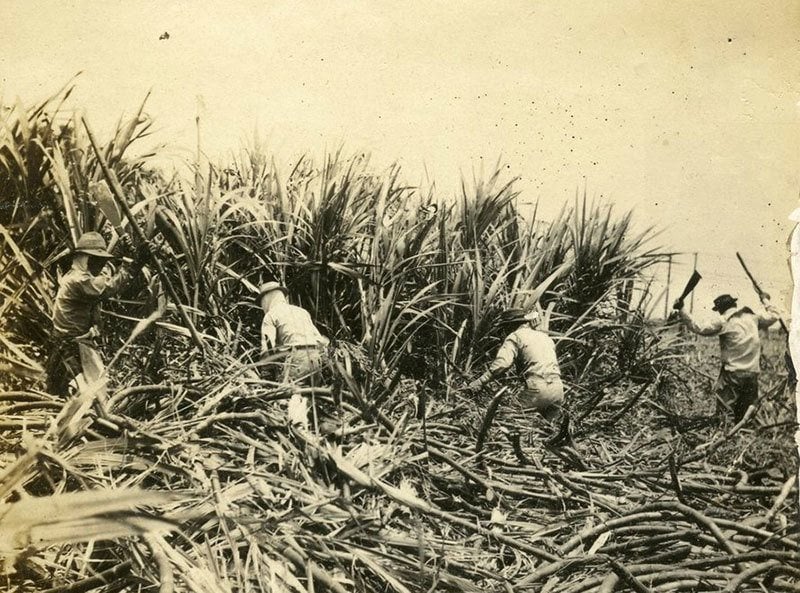 Along with Kamehameha’s relatively open relations with foreign vessels, sugar – a profitable crop that grew well in Hawaii’s environment – motivated the influx of foreign residents and visitors. Soon, dozens of rich, American-born sugar farmers managed plantations throughout the islands. Of course, these entrepreneurs wanted a say in the economic and political decisions that impacted their ability to buy, sell and grow crops. This had a disenfranchising effect on island natives: as more legislation benefited these plantation owners, less effort went to promoting and ensuring the needs of natives. 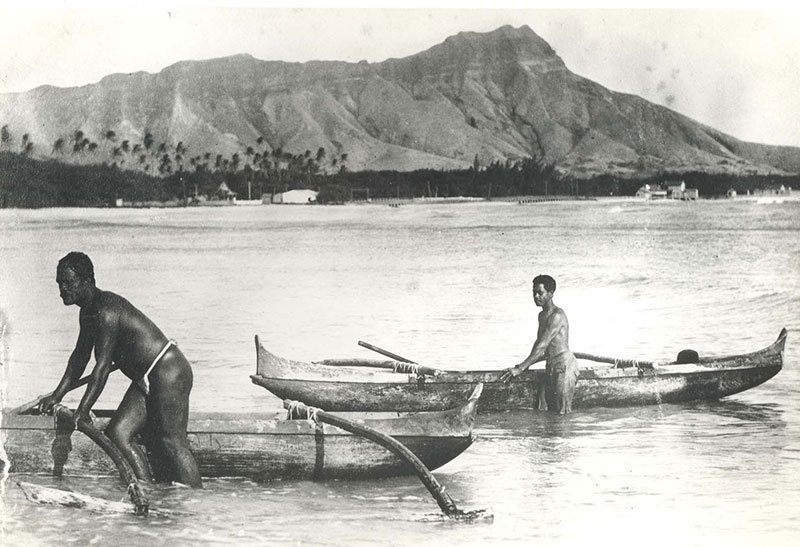 This image depicts Hawaiians with their traditional outrigger canoes on the shore off Waikiki. Source: Hawaii Aviation

With each decade, the West’s influence on the islands grew, whether natives agreed with it or not. In 1887, for example, the Hawaiian king Kalākaua was forced to sign a constitution drafted by white businessmen and lawyers, which stripped him of much of his authority. The constitution also introduced a property-owning requirement for voting, which meant that the fruits of democracy tended to favor the wealthy and white, as opposed to natives and immigrant laborers. 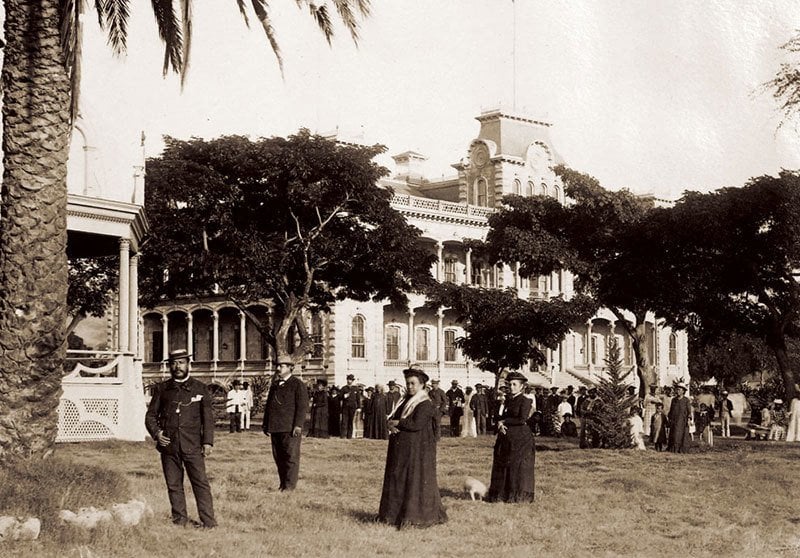 This image from 1888 shows the opulent Iolani Palace, which was home to Hawaii’s last monarchs. Source: Honolulu Magazine