The Remarkable History Of Nintendo

Yokoi was eventually elevated to creative designer and the company became an instant competitor with dominant toymakers Bandai and Tomy. Among Yokoi’s successes were the Love Tester and the Ten Billion Barrel puzzle, but his training as an engineer led him to experiment with electronic toys. Soon Nintendo began producing games using light guns, and before long entered the burgeoning video game industry. Yokoi would develop the Beam Gun Game, and soon Nintendo began producing video games for the arcade and for home.

Before Pong hypnotized audiences, Nintendo had released the “Color TV-Game” systems, which came packaged with six or fifteen games. It was around this time that Nintendo hired Shigero Miyamoto, who would become the most famous video game designer of all time. As Yokoi was coming up with the mega-successful Game&Watch hand-helds, Miyamoto masterminded the world-changing Donkey Kong arcade game, introducing a moustachioed protagonist on a quest to save his damsel in a pink dress from a barrel-wielding gorilla. 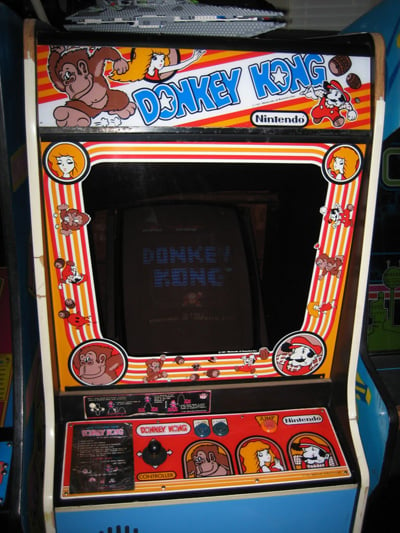 Everything changed in 1983 with the debut of the Famicom, released two years later in the Western world as the NES. Fearful of the growing stigma against video games, Nintendo astutely avoided the term all together, coming up with Famicom by condensing the English words family and computer, a naming tactic they would revisit in the late 1990’s. Super Mario Bros, starring the same protagonists from Donkey Kong, proved an immediate success around the globe:

Within three years, two more of the company’s most influential franchises, Metroid and the Legend of Zelda, were released to critical acclaim. Soon, the Beam Gun became the duck hunting Zapper, and by 1990 the Game & Watch became the outrageously popular Game Boy. 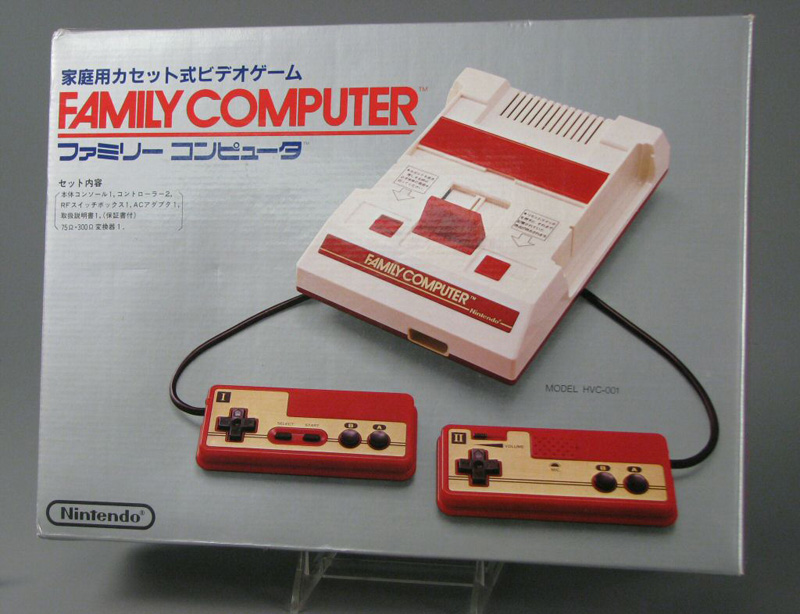