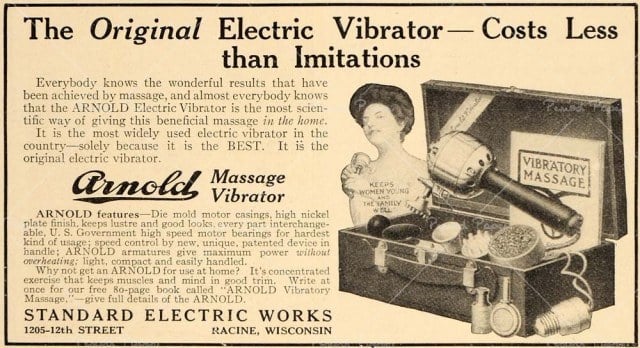 The term hysteria — from the Greek word for uterus, hysteros — originated some 2,500 years ago and described a triad of symptoms experienced by women: fatigue, nervousness and depression. Hippocrates believed that these symptoms were caused by a “wandering uterus,” and given the science of the time, it was as logical an assumption as anything else.

From Medieval times throughout the Renaissance, village doctors viewed hysteria as a sign of sexual deprivation, and thus encouraged married hysteria sufferers to engage in rigorous sex to cure their ails.

Vibrators In The Victoria Era 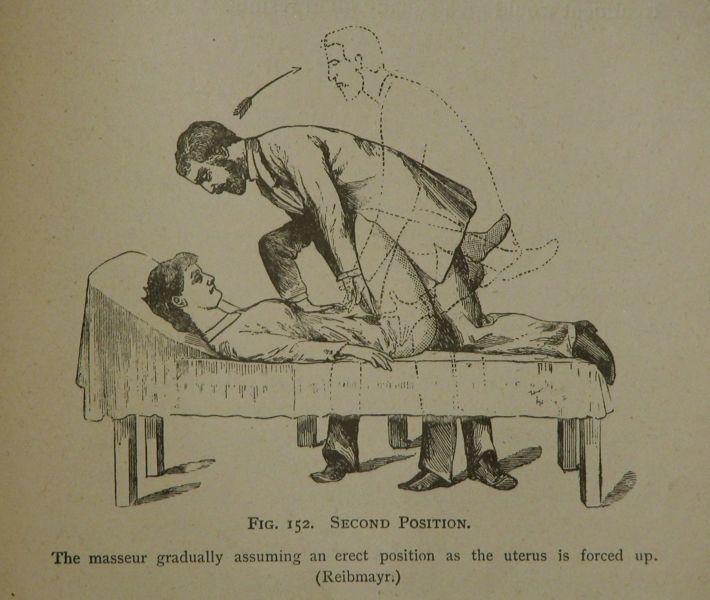 A Victorian era doctor comes to the aid of his patient. Image Source: Wikipedia

If a “hysterical” woman was unmarried and didn’t have the option or interest in “rigorous sexual intercourse,” she still had to achieve that curative hysterical paroxysm somehow.

At first, midwives and medical doctors — predominantly men at the time — manually massaged a woman’s vulva and clitoral region in order for the woman to experience a “hysterical paroxysm.” The intended effect did wear off, meaning that women would come back for more treatment — and after a while, physicians ran into a significant challenge: their hands and wrists were getting tired and, in some cases, probably bordering on repetitive motion injuries like tendonitis.

The necessity for an automated massager begat the first of many automatic “vibrators”: more specifically, a rather large, steam-powered one that practically took up an entire room and was known as “The Manipulator.”

Granville never meant to treat “hysterics” with his device; rather, he meant for it to treat musculoskeletal pain in men. Nevertheless, these devices reduced the time it took for women to achieve her paroxysm — helpful as at the time many doctors feared a “hysteria” epidemic — and soon became smaller and more portable, opening up the door for new innovations by actors outside the medical field.