Who's worse? The dictator who leads one of history's greatest waves of terror or the political schemers who put him in power for their own selfish ends? Read on and judge for yourself. 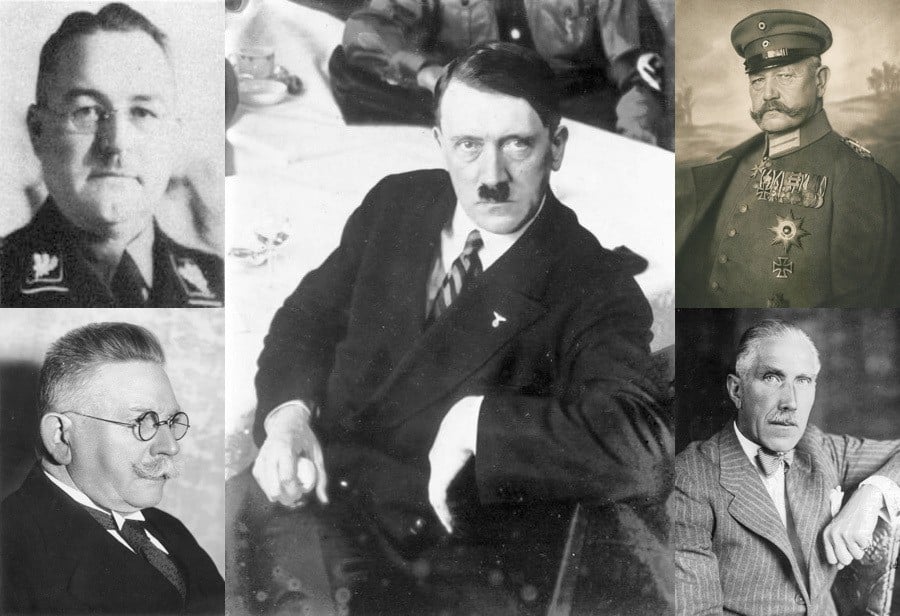 In 1929, Adolf Hitler was a strange combination of has-been and never-was. The fame and following he’d garnered after his failed 1923 coup d’etat–and subsequent jailing and publication of his autobiography (Mein Kampf)–had severely waned. His Nazi party had a paltry number of seats in Parliament and showed no signs of picking up steam.

The 1929 diaries of the British ambassador to Germany, reflecting upon Hitler’s career trajectory after his imprisonment, read, “He [Hitler] was finally released after six months and bound over for the rest of his sentence, thereafter fading into oblivion.”

Unbeknownst to most, and largely lost to the scrapheap of history, are the machinations and fateful miscalculations of a small number of men who helped pull Hitler from oblivion and back into the spotlight. These are the men without whom Hitler wouldn’t have become the Hitler we know.

Rest assured, with each of these men, it’s not a case of the butterfly effect: Each of these men, in a thoroughly concrete and direct way, helped make Hitler chancellor on January 29, 1933–and you’ve probably never even heard their names.

1. The Bureaucrat Who Fudged The Law And Allowed Hitler To Run For Office In The First Place 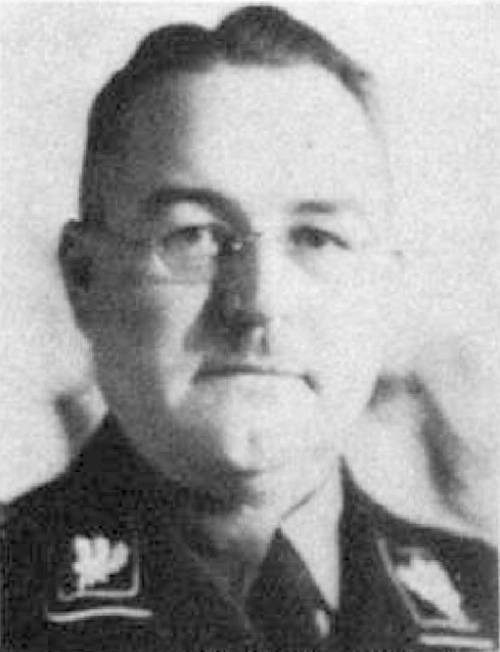 First things first: as far too few seem to now realize, the man who was perhaps the most famous “German” of all time wasn’t actually German at all. Hitler was Austrian, and thus prevented from running for political office in Germany–as well as facing possible deportation.

Of course, very conveniently, just a few weeks before the 1932 German presidential election, Dietrich Klagges, a Nazi comrade who held office in a small German state, gave Hitler a bogus (and non-elected) title in that state’s government, which, according to German law at the time, also served as a backdoor way of granting him citizenship.

Hitler was thus able to run for the presidency, make a name for himself and announce his presence on the national political scene (more on that later). It’s hard to overstate the fact that history might have been changed forever if not for one little bureaucratic loophole.

2. The Media Mogul Who Was Just Looking Out For His Own Wallet 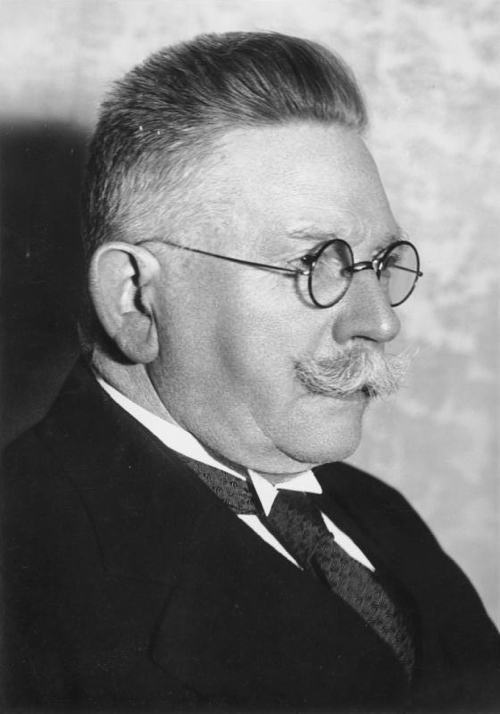 Like so many Germans in the wake of World War I — particularly wealthy Germans with a lot to lose — media mogul and businessman Alfred Hugenberg was staunchly opposed to the financial reparations Germany had to make to that war’s victorious nations. He tried to form a committee to help push through an order that would make it illegal for Germans to participate in reparations collections.

But he soon realized that he needed a political ally with more support amongst the working class. Hitler would be, as Hugenberg once said of him, his “tool.” So, with Hugenberg’s support, the Nazis were flooded with monetary donations and — perhaps even more importantly — showered with attention and praise from the Hugenberg-controlled media that had largely ignored or criticized them before.

Hugenberg even allowed the Nazis to use the various tools of his media empire to begin their crucial propaganda initiative in earnest. Furthermore, Hugenberg’s committee was filled with rich and powerful people that Hitler would meet there and use for his own ends later on.

Finally, when the labyrinthine negotiations that gave Hitler the chancellorship were drawing to their close in January 1933 (see page five), it was Hugenberg who was among the most instrumental in negotiating an alliance between the Nazis and the ruling conservatives that would put Hitler in power — and give Hugenberg his highly coveted and lucrative post as minister of agriculture and economics.

3. The Elderly President Who Eventually Gave In To His Scheming Advisors 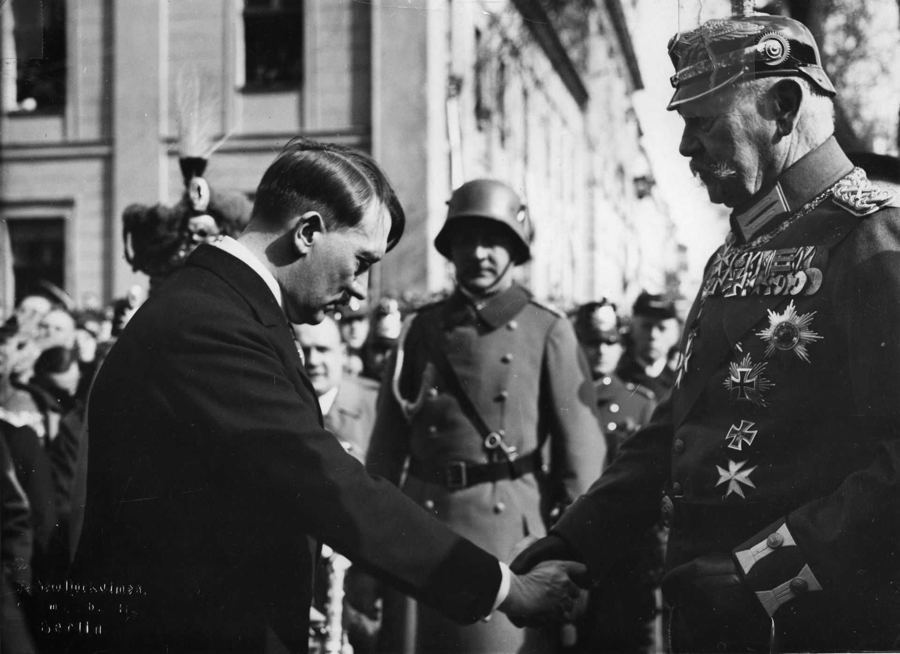 The man who led Germany before Hitler was not some lame duck who was easily ousted. On the contrary, President Paul von Hindenburg was extraordinarily popular. The scion of a prominent family, von Hindenburg was practically groomed since birth to be the beloved war hero he would indeed become. And after World War I, he was easily elected president twice.

As president, he had no love for Hitler. Several times, Hitler and the Nazis tried to take the chancellorship, and each time, von Hindenburg shot them down. “I’ll make him a postmaster and he can lick stamps with my head on them,” he said after Hitler’s bid for chancellor in 1932.

But the following year, with the 85-year-old’s health in steady decline and political pressure mounting from all sides, von Hindenburg became the man who officially put Adolf Hitler in power. After relentless pleading from a few key, powerful conservatives, von Hindenburg was convinced that naming Hitler chancellor would finally provide Germany with some stability. On January 29, 1933, von Hindenburg gave the chancellorship to Hitler and set in motion over a decade’s worth of events that would change history immeasurably.

But to simply blame von Hindenburg would be extremely shortsighted…

4. The Career Politician Who Conspired To Get Hitler Into Power For His Own Gain 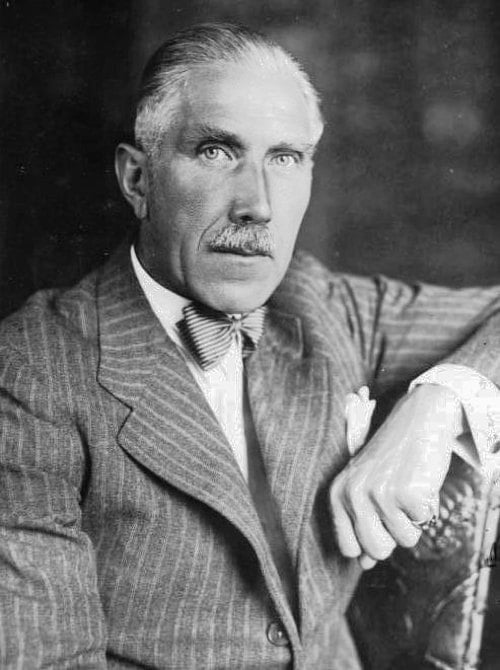 While the political dealings that put Hitler into power were complicated, the proximate cause is relatively simple, revolving around the machinations of one man: Franz von Papen. A nobleman and career politician, von Papen was ousted from the German chancellorship, after many years near the center of power, in November 1932.

But the spurned schemer soon found a way to reignite his career: use Adolf Hitler. Von Papen knew he couldn’t curry enough favor to be made chancellor again so soon after being ousted, but he could use the fiery charisma of Hitler to sneak back into the inner circle of German government.

In 1932, the Nazi party had fervid support from a number of groups, but faced mistrust from many others, including the conservatives in power. However, those conservatives hadn’t produced a charismatic, effectual parliament leader in years. For all his flaws, Hitler possessed those two qualities in spades.

Von Papen realized that he could orchestrate a mutually beneficial alliance between the Nazis and the conservatives, legitimizing the former and invigorating the latter, and, more importantly for him, placing him back at the center of the action.

This plan culminated in a series of clandestine meetings throughout January 1933, involving a number of old-line conservatives and rising Nazis — but not Hitler himself. Hitler was the face and the heart of his movement, but von Papen and his conspirators were more interested in Hitler’s value as a poster boy, without true power.

After conspiring throughout the month of January, von Papen’s plan was simple: lobby to make Hitler chancellor, with himself as vice chancellor. Hitler, von Papen figured, would be less dangerous and less effective — he would be tamed, then crushed — if he was brought into legitimate government, mired in bureaucracy, stripped of his outside agitator status, and hamstrung by the necessity of operating under laws and procedures.

Upon seeing his plan to have Hitler become chancellor completed, he remarked, “In two months time, we will have squeezed Hitler into a corner until he squeaks.”