The Hollyhock House was Frank Lloyd Wright's first Los Angeles design. It was also a failure. But thanks to a grant, it's finally been restored.

The Hollyhock House was commissioned by oil heiress Aline Barnsdall as part of a performing arts complex in the early 1920s, and had the distinction of being the first house that Frank Lloyd Wright designed in Los Angeles.

Unfortunately, Wright was also working on Japan’s Imperial Hotel at the time, and thus was absent for much of the original construction work. Costs on the house started to spiral out of control, and when all was said and done Wright was fired from the project and Barnsdall–privileged heiress that she was–never moved in. 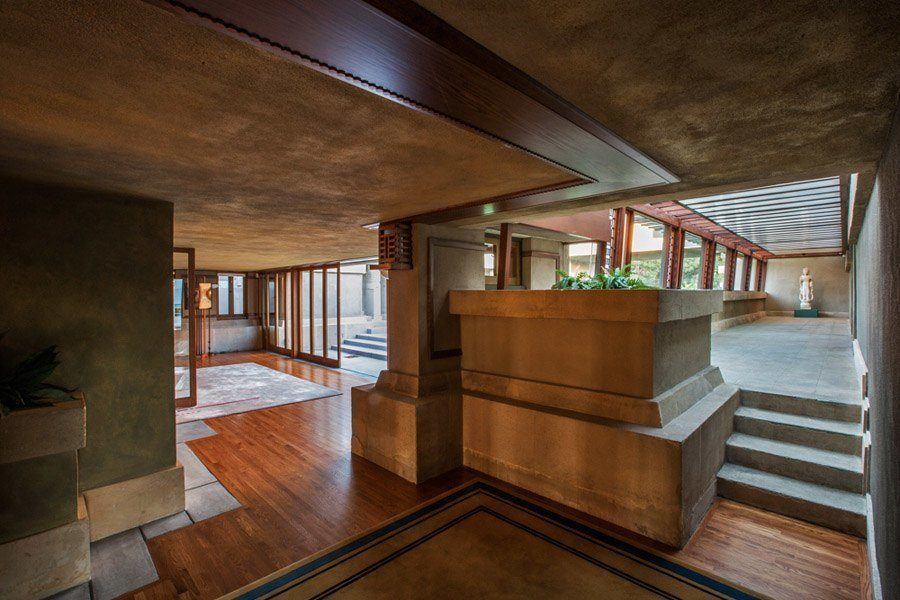 This all-new entryway was once bogged down with concrete floors, recessed lighting, and boring glass sliders. It has since been restored so that there is no separation between the house and courtyard, and even features original hardware from the 1920s.

The property, which Wright had designed after Barnsdall’s favorite flower, was later donated to the city of Los Angeles, and suffered nobly through several bad renovations (and then years of closure) before finally being restored to its originally planned beauty–thanks to a grant written by Project Restore. Curator Jeffrey Herr poetically describes the Hollyhock House as a “germination of what I think you can easily say became California Modernism,” and it is now open to the public once again. 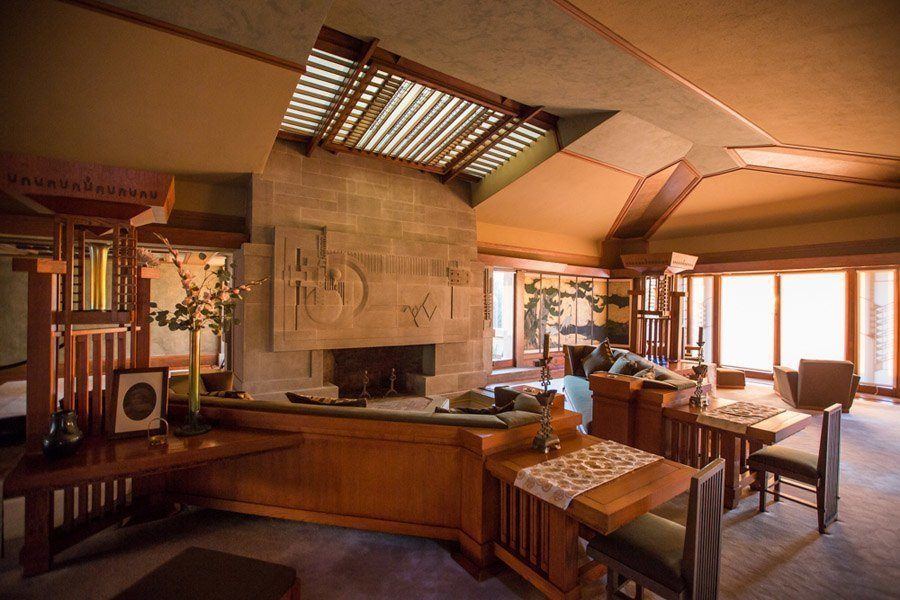 In what may be the centerpiece of the whole house, Herr thinks that Wright’s grand, bas-relief hearth, and fireplace with a soaking pool below (and skylight above) is considered to be the best thing he’s ever done. The couches shown are reproductions of the original furnishings. 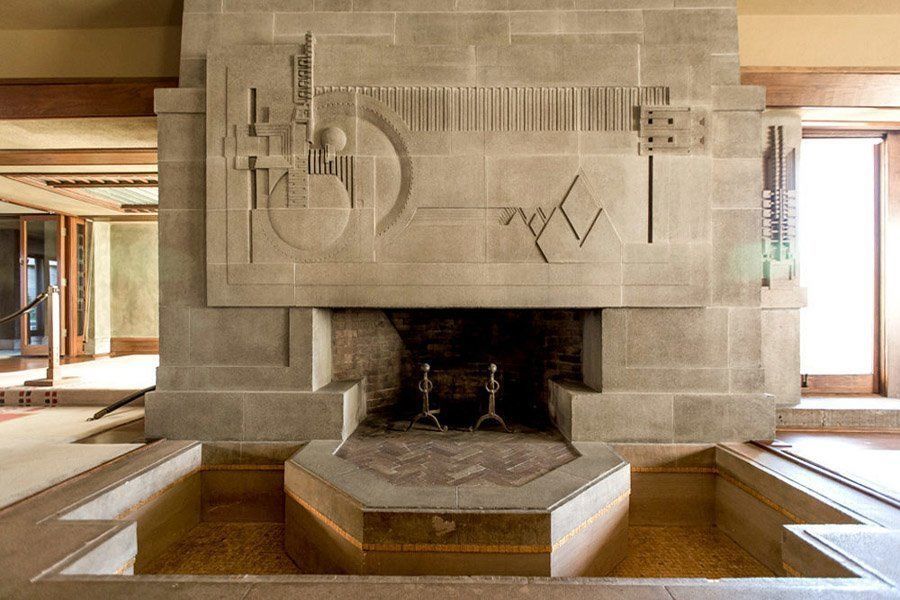 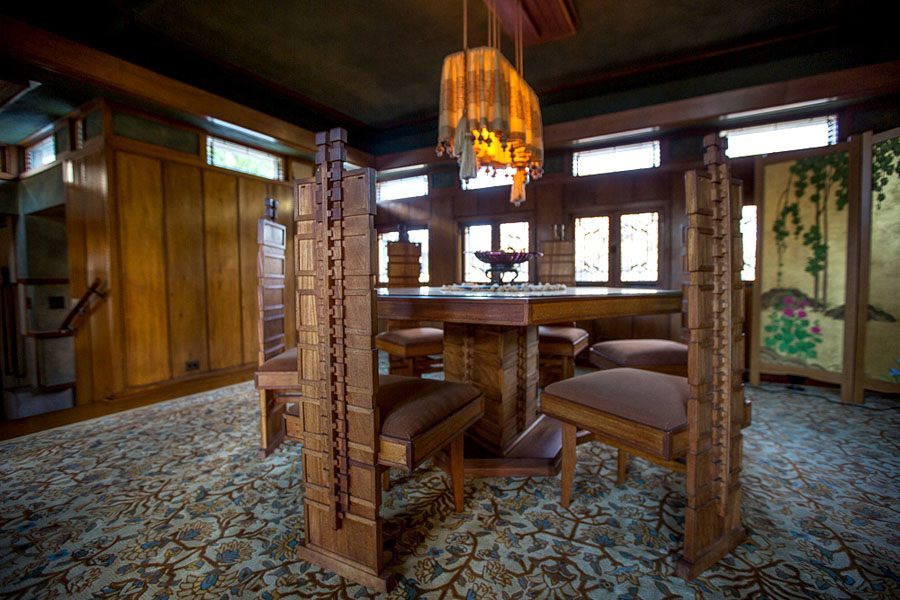 Amazingly, the home still has the original dining room table and chairs, which are emblazoned with the trademark geometrical hollyhock design. 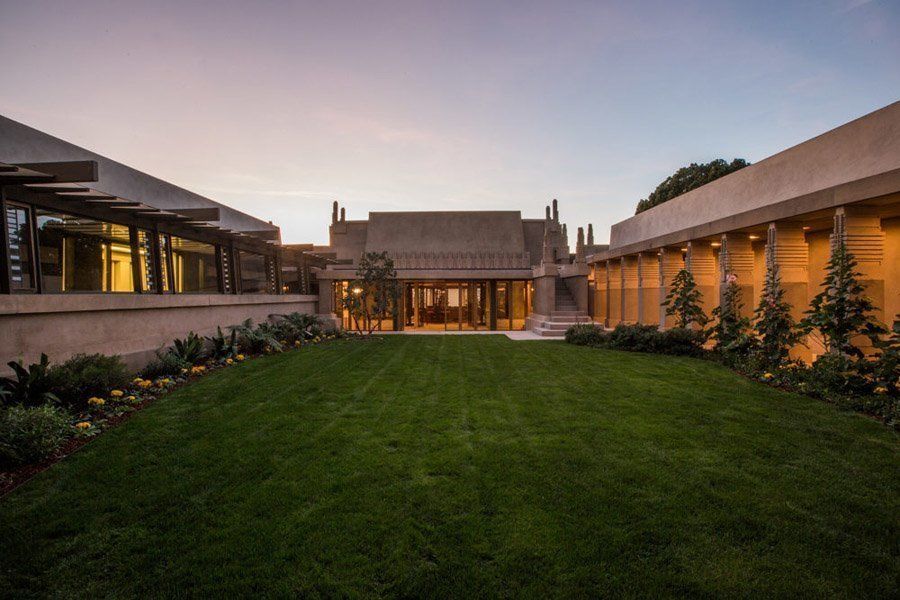 The courtyard’s landscaping wouldn’t be complete without some hollyhocks lining the pillars. 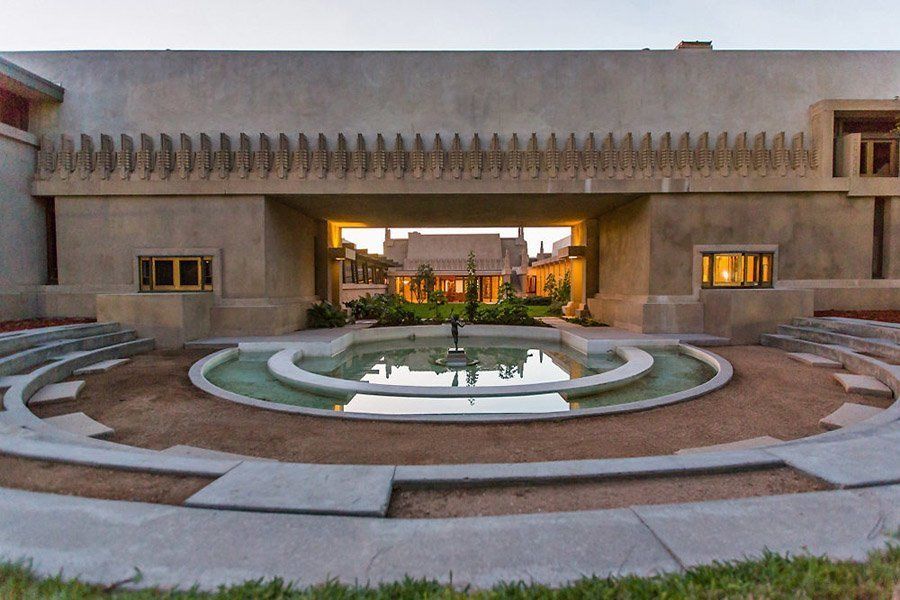 A fountain with an overhead arch to frame the main entrance. 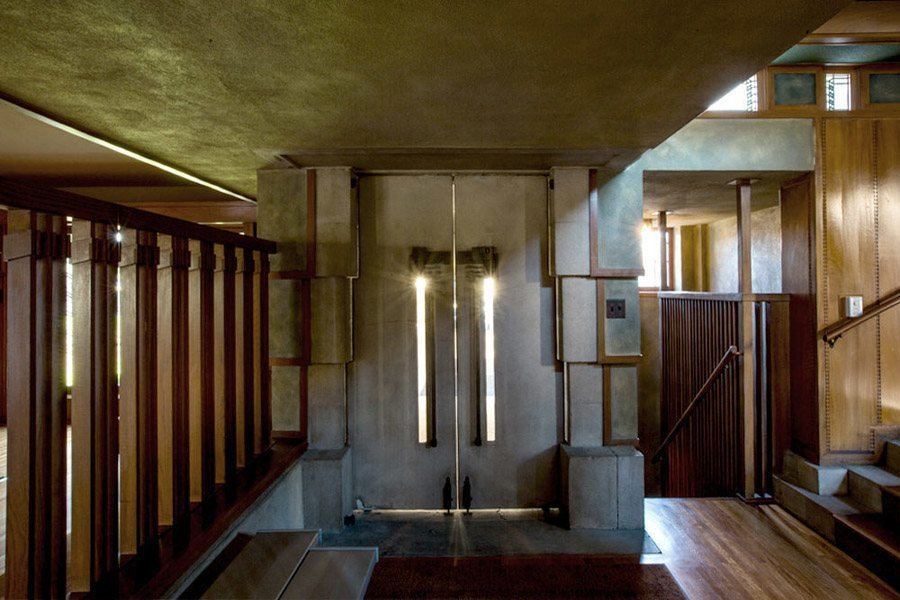 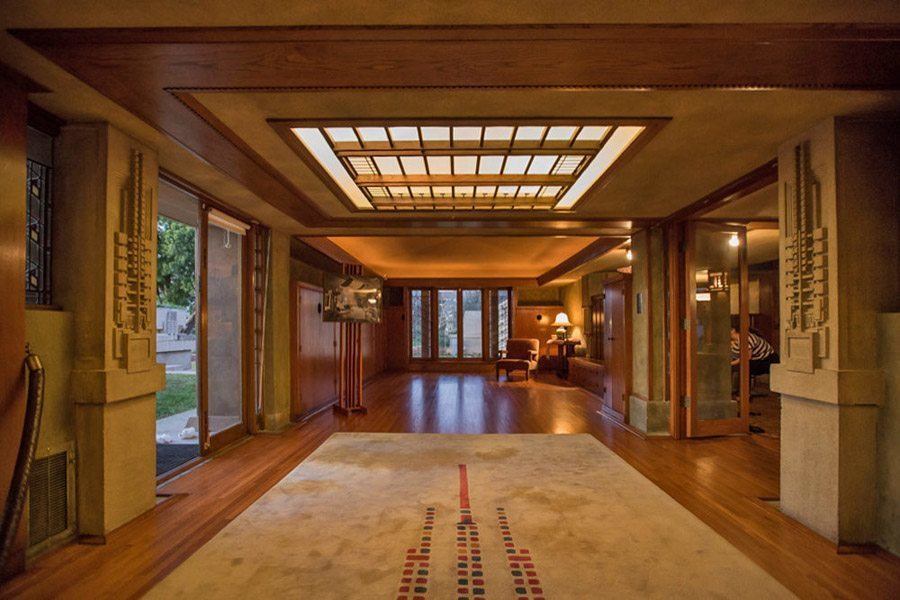 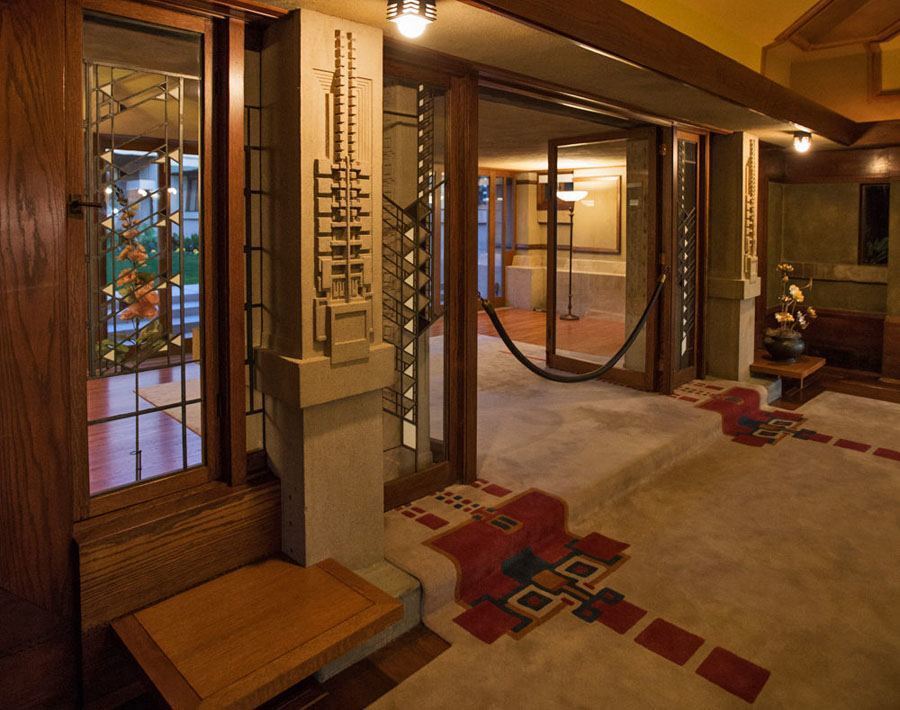 The foyer as seen from the living room. 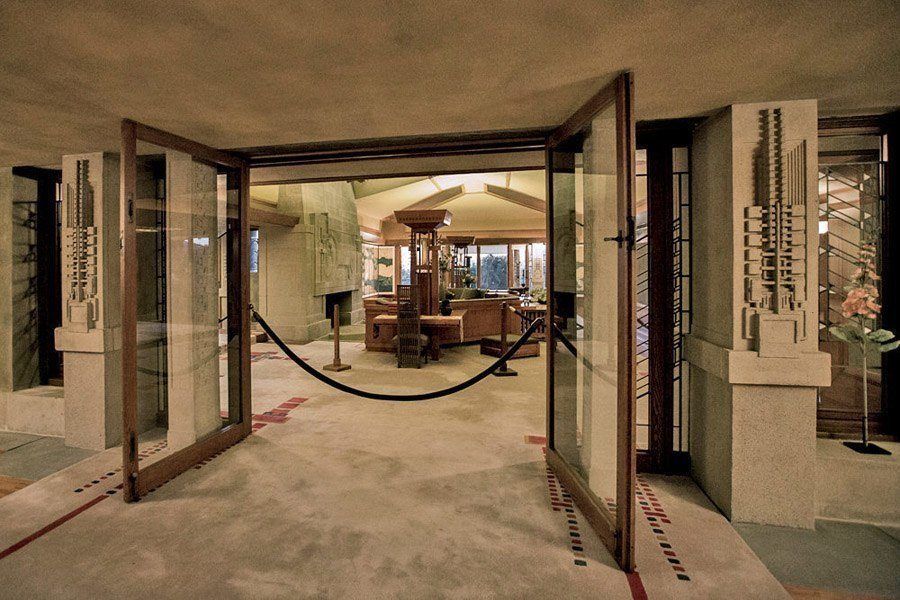 A view of the living room as seen from the foyer. 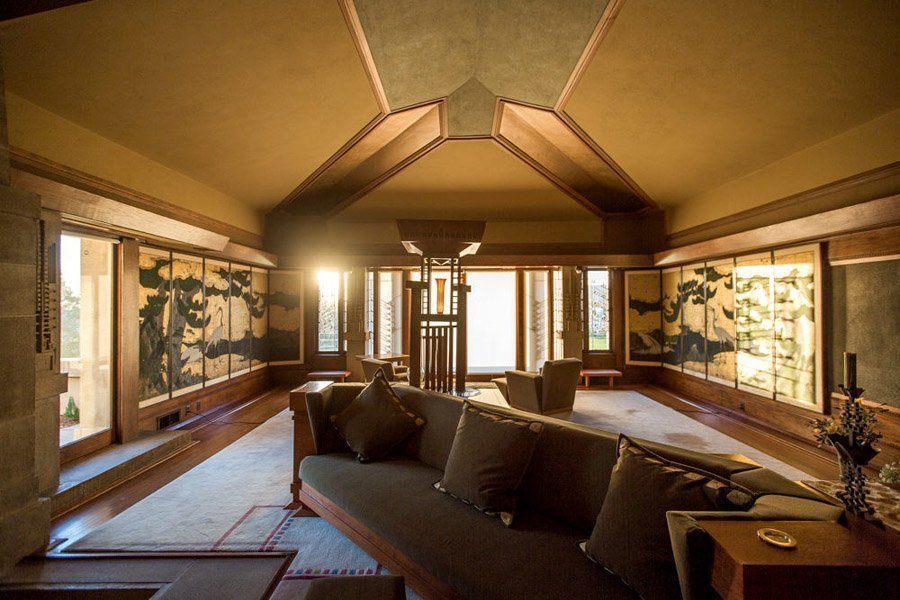 The patio doors at the far end of the living room. 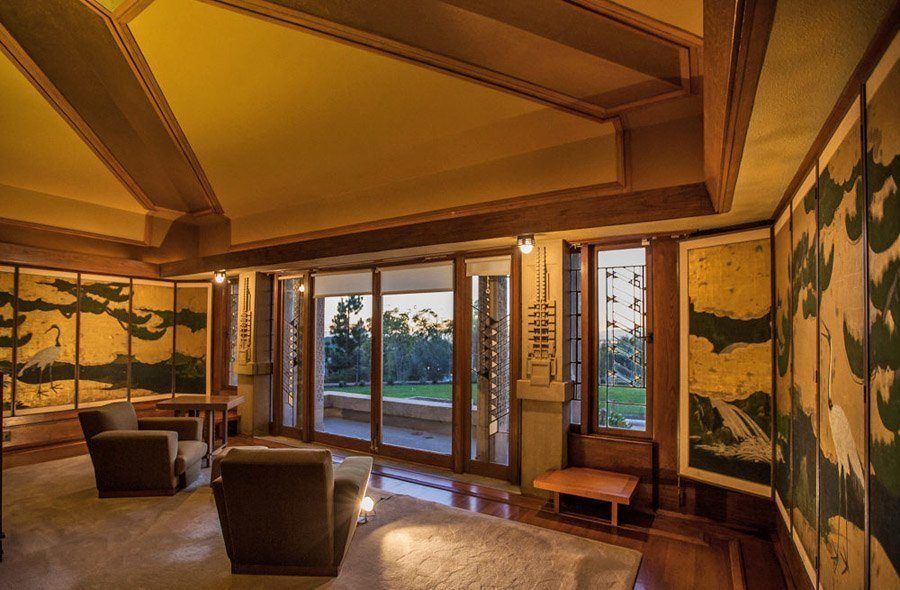 A view to the patio. 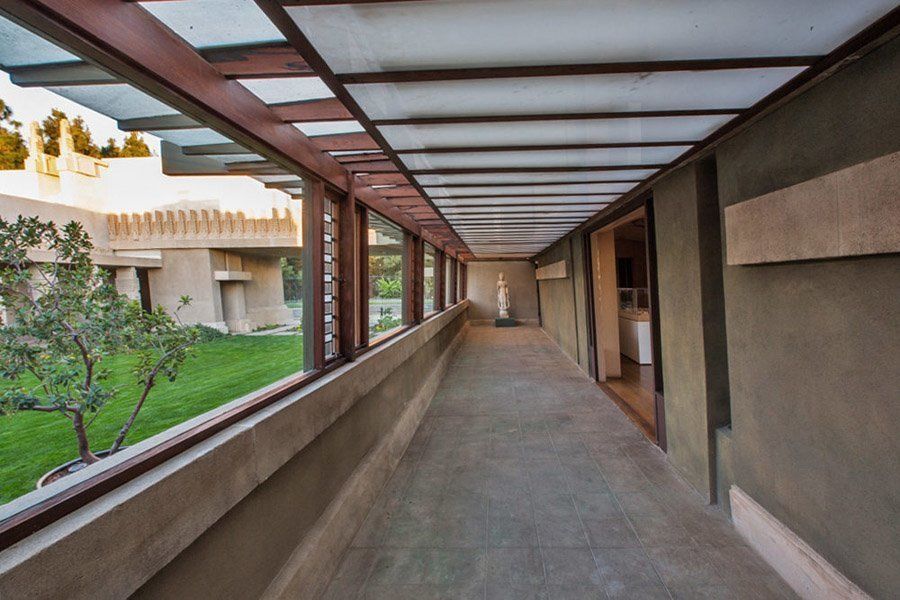 An interior walkway overlooking the courtyard. 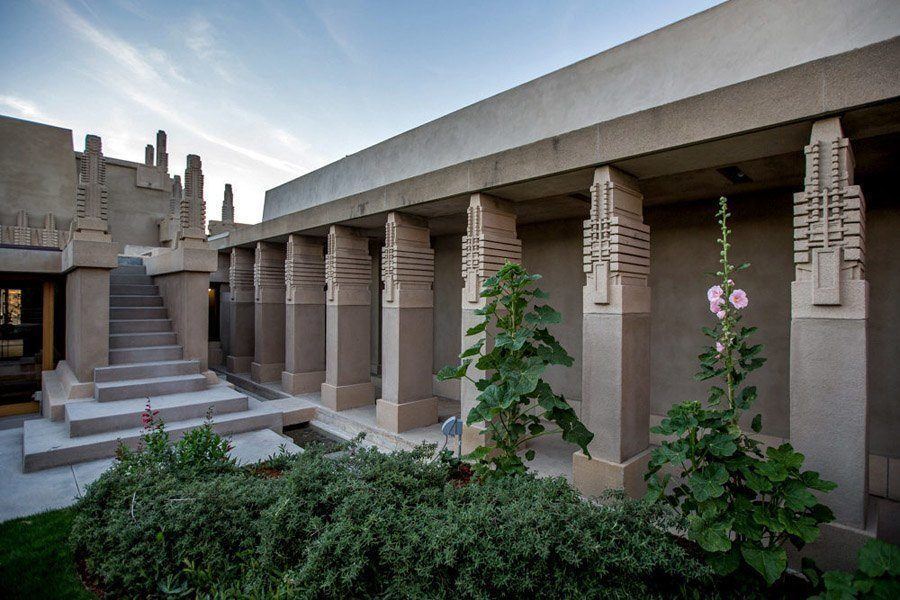 A close up on the courtyard pillars with the hollyhock pattern. 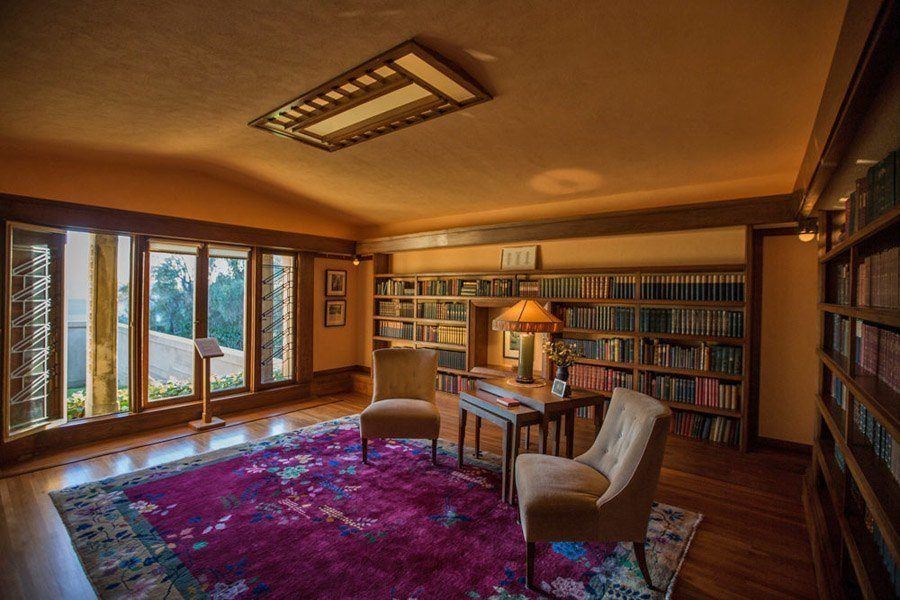 The vibrant carpet of the library further illuminated by the sunlight from the ample windows. 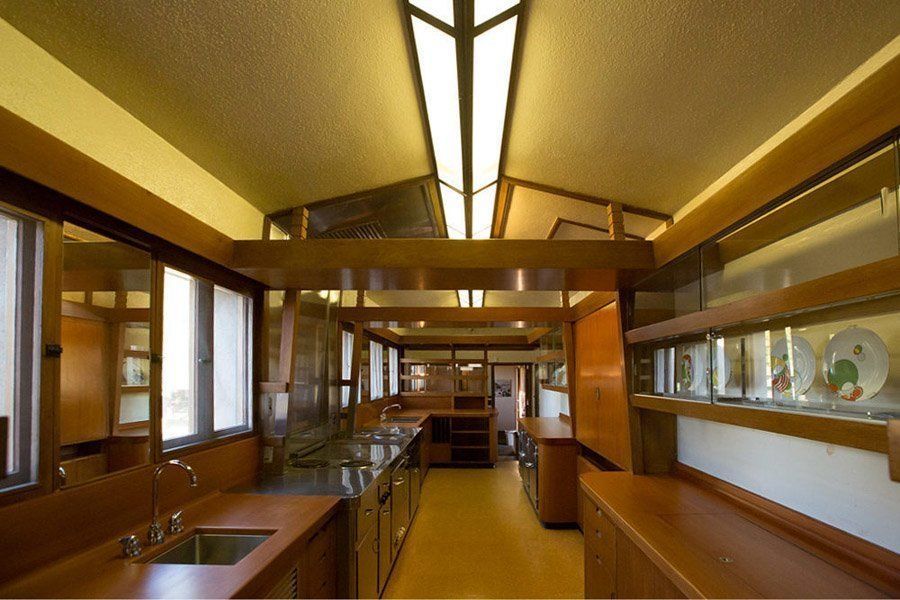 One of the longest galley-style kitchens you’ll ever see. This room, as well as the library, has only been restored back to the 1940s. 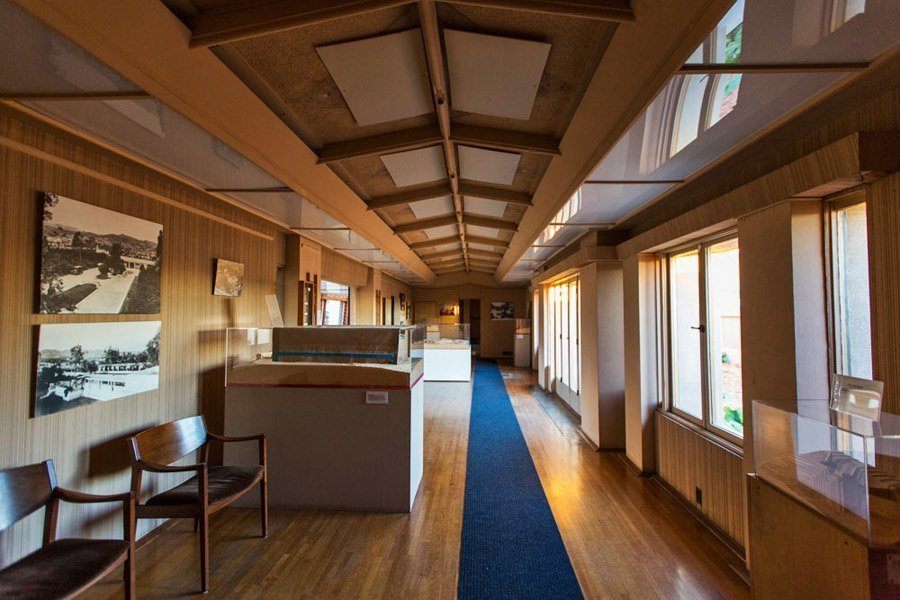 Formerly a bedroom area, this space has been relegated into a gallery about the famous architect. 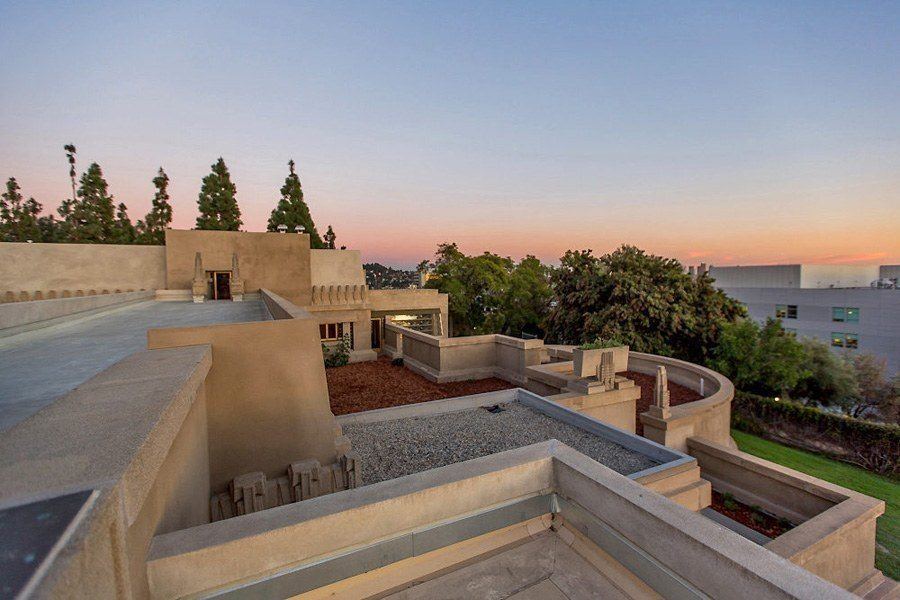 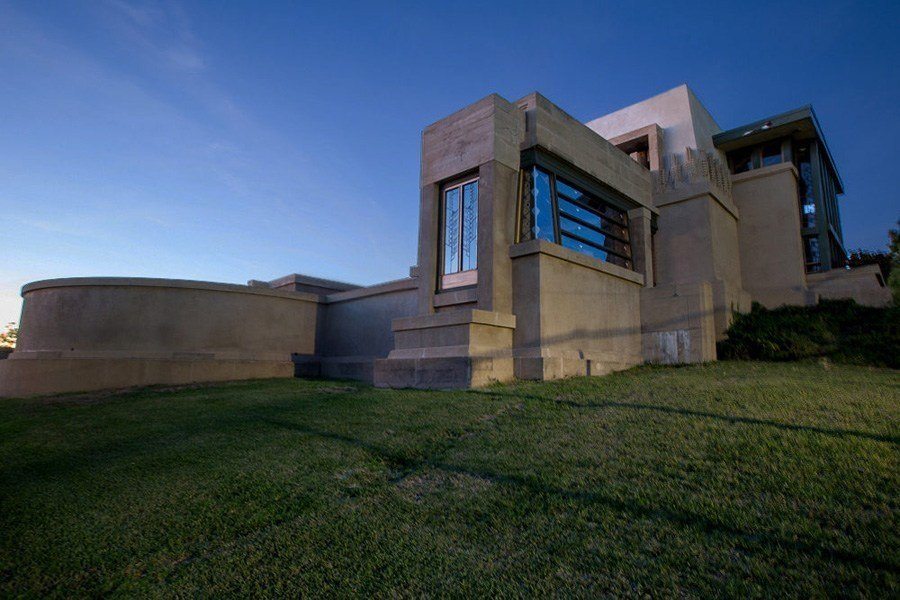 The house stands majestically on its hill. 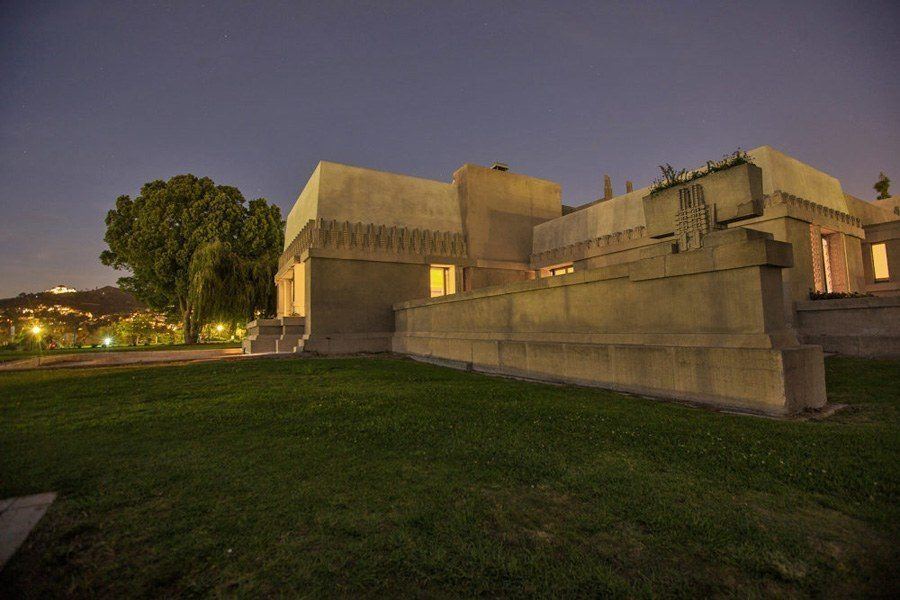