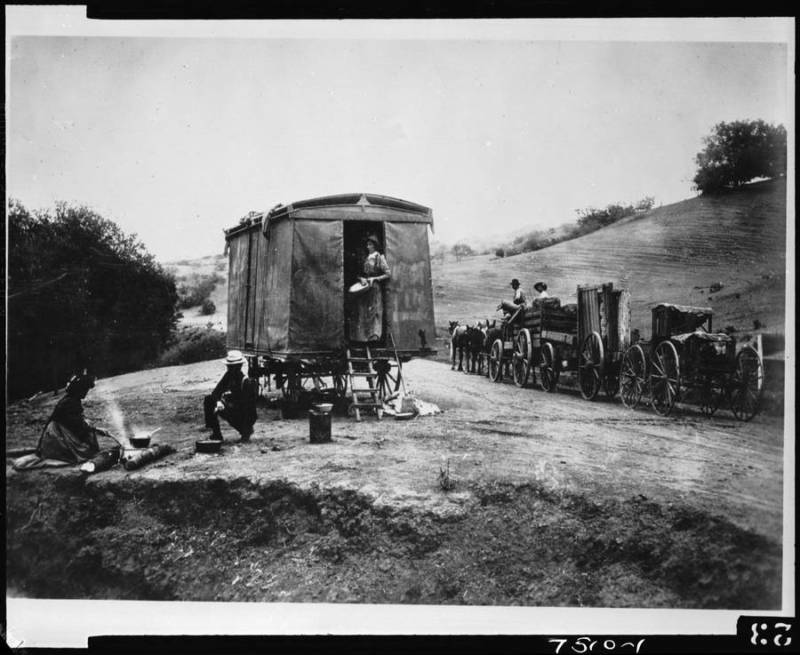 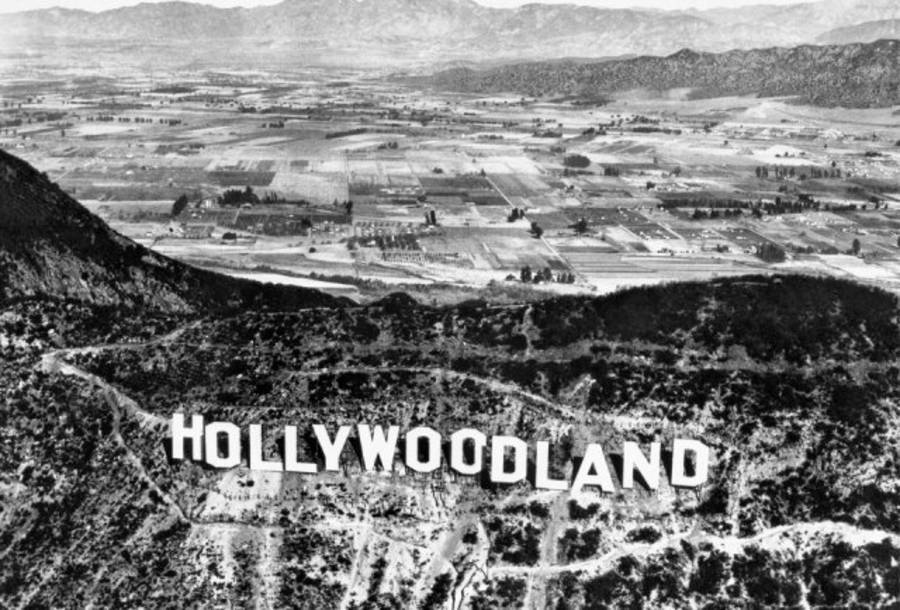 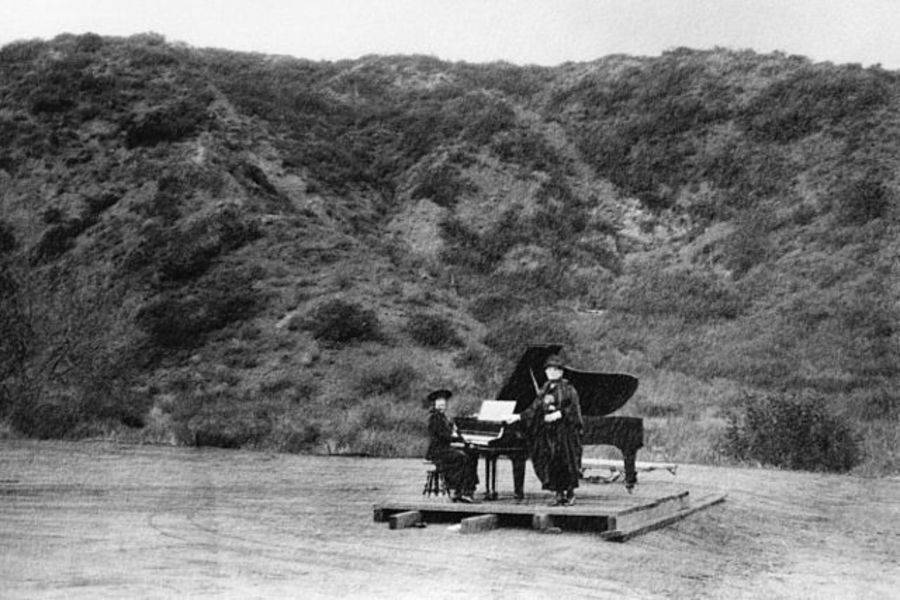 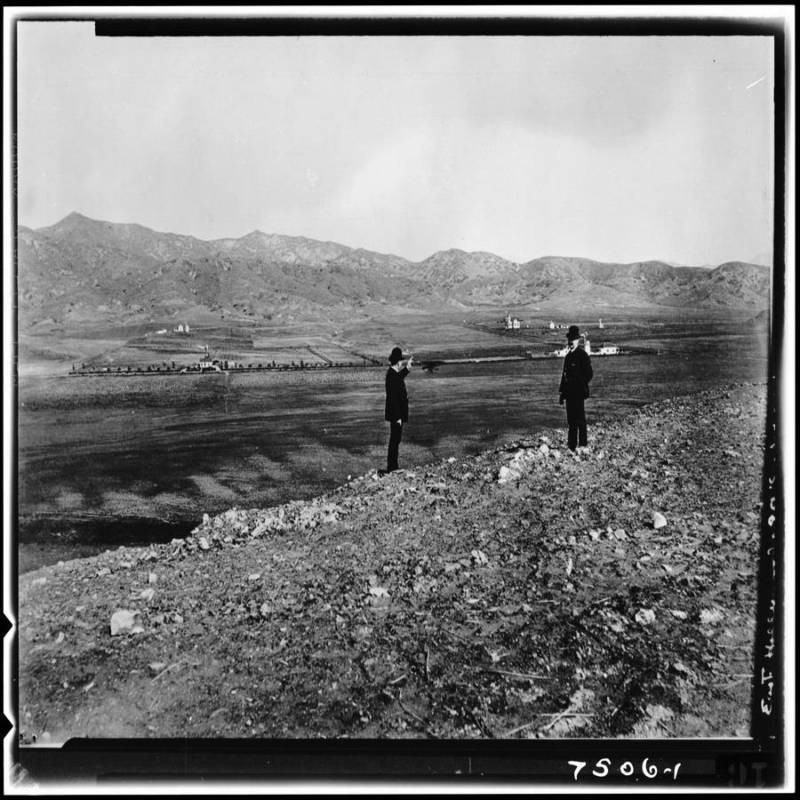 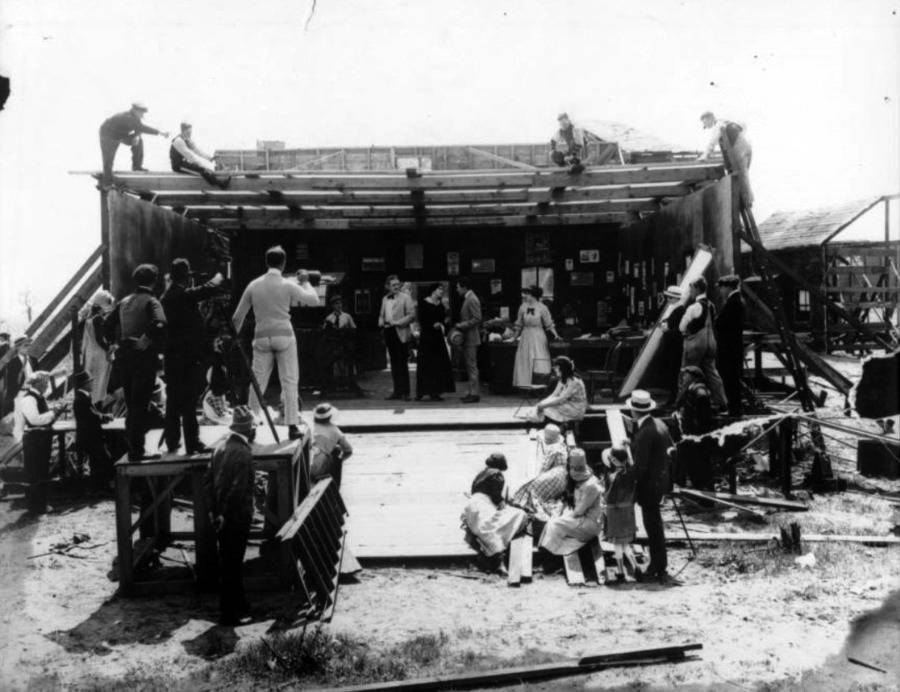 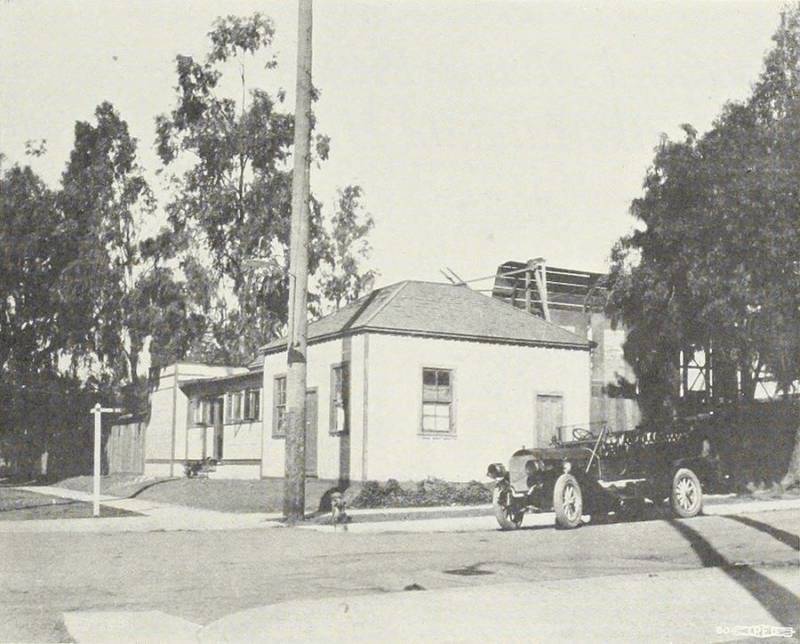 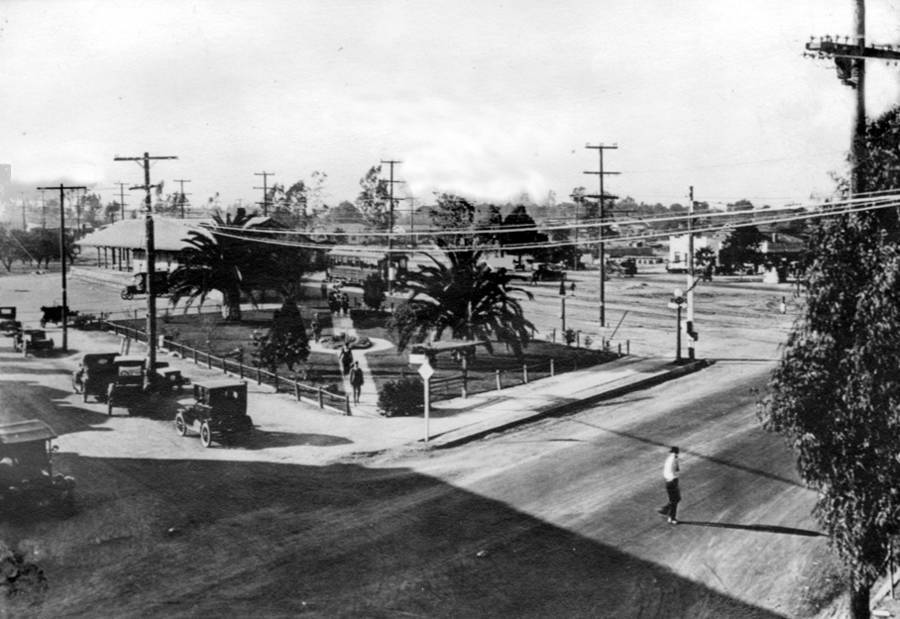 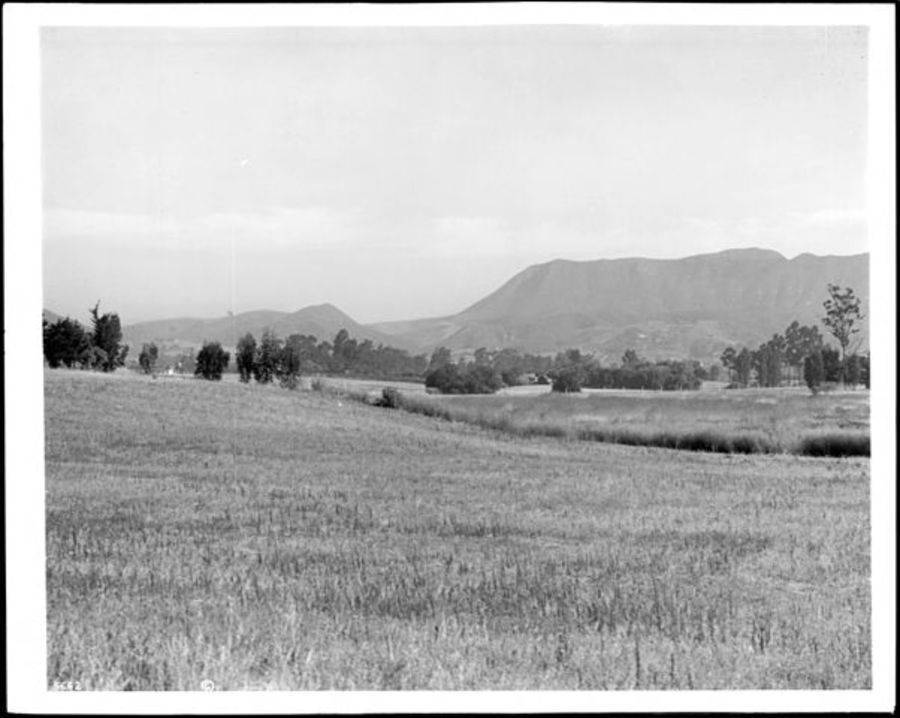 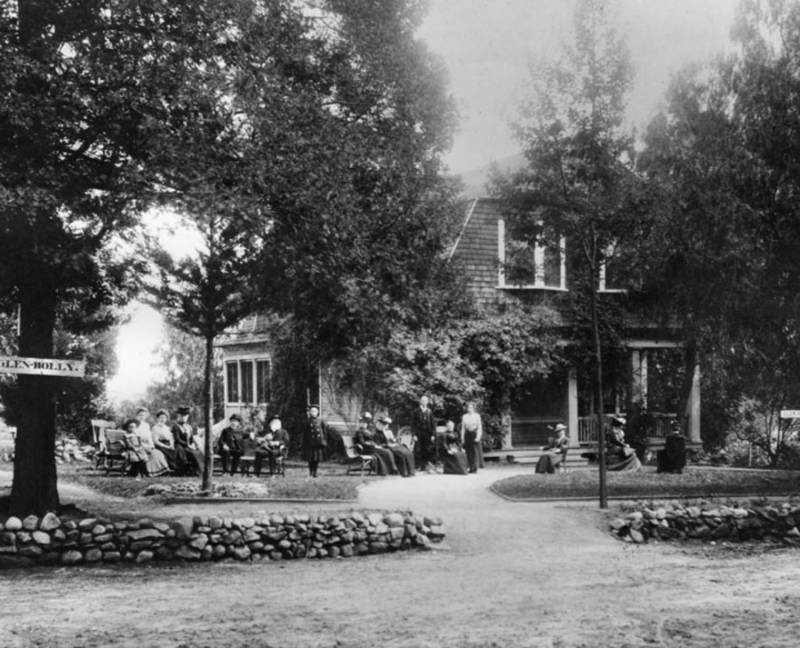 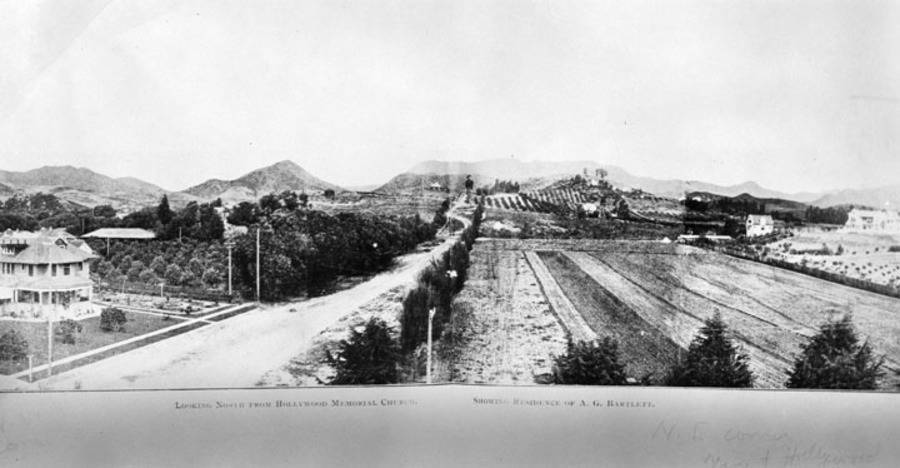 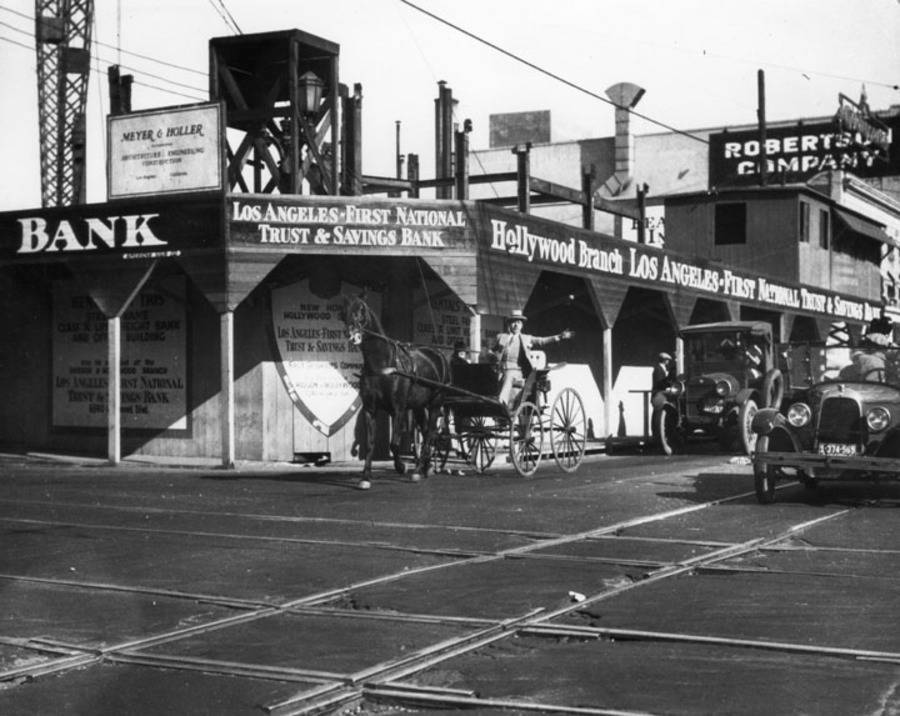 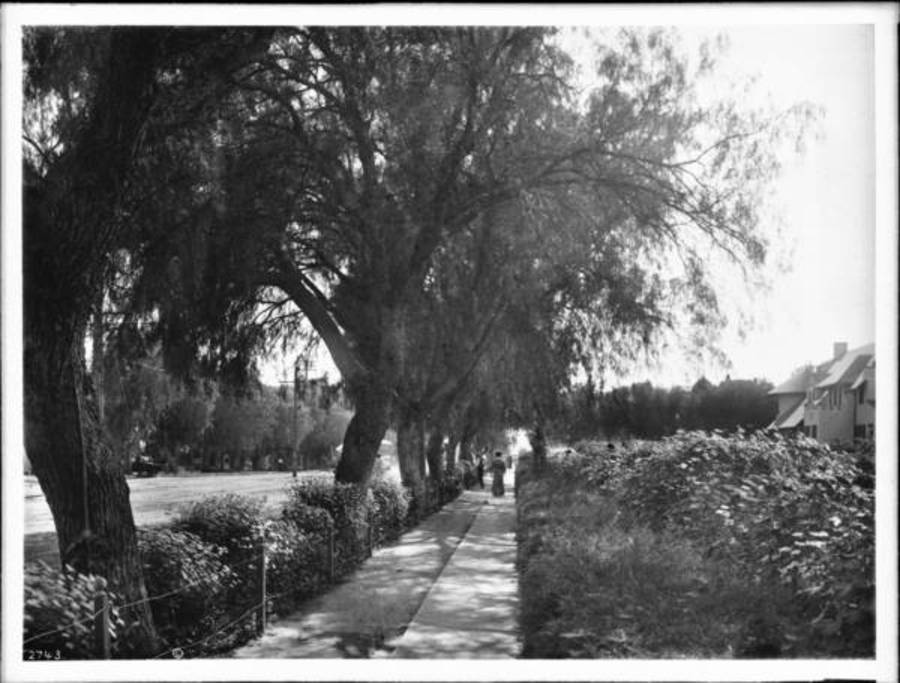 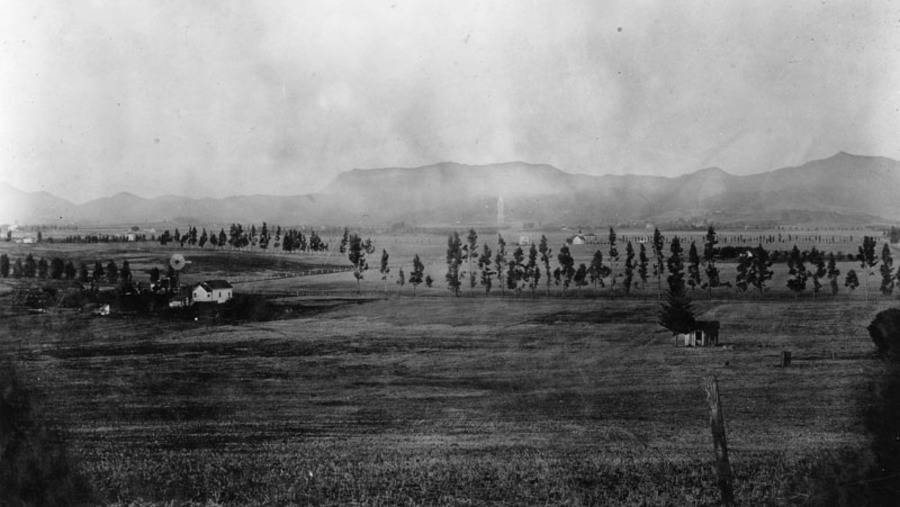 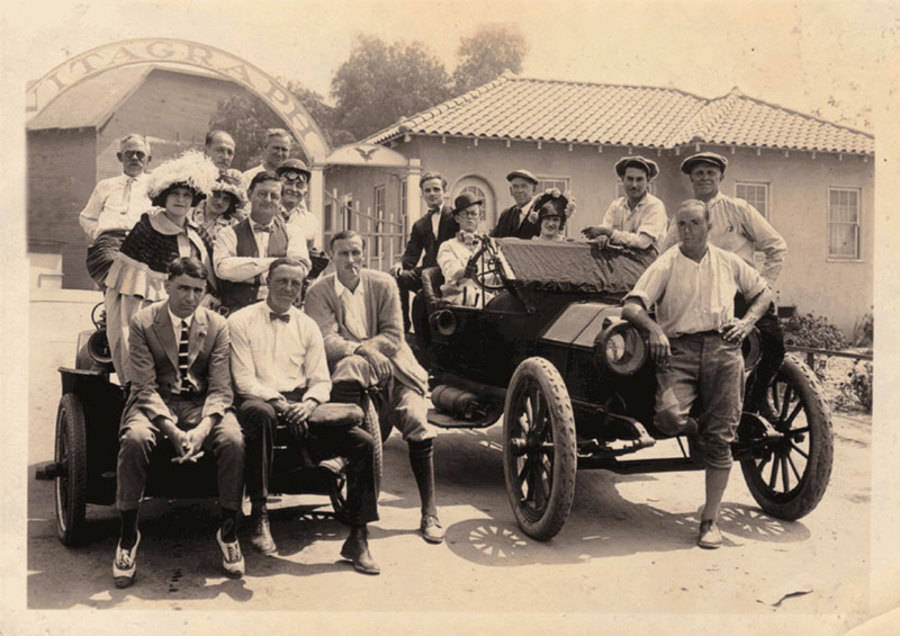 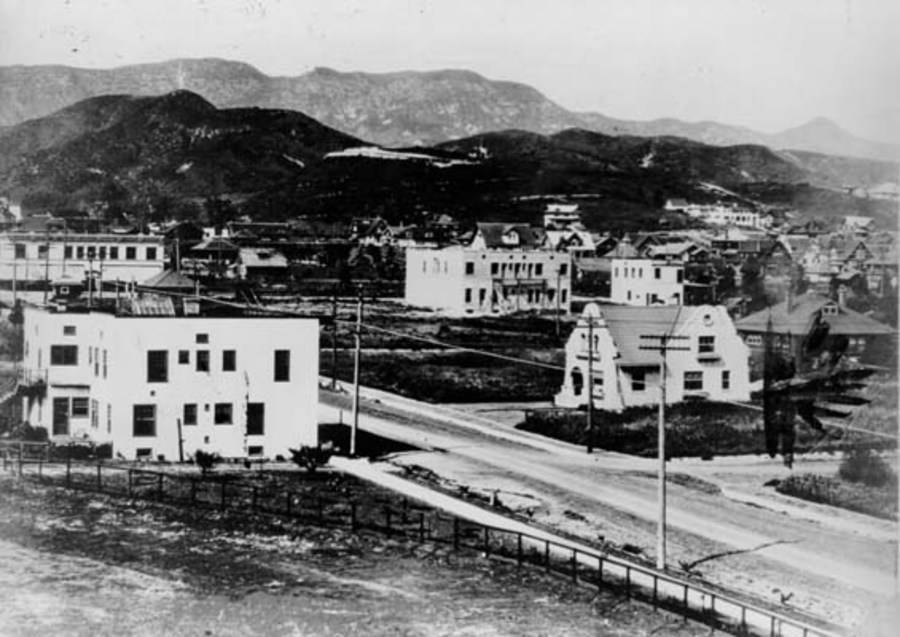 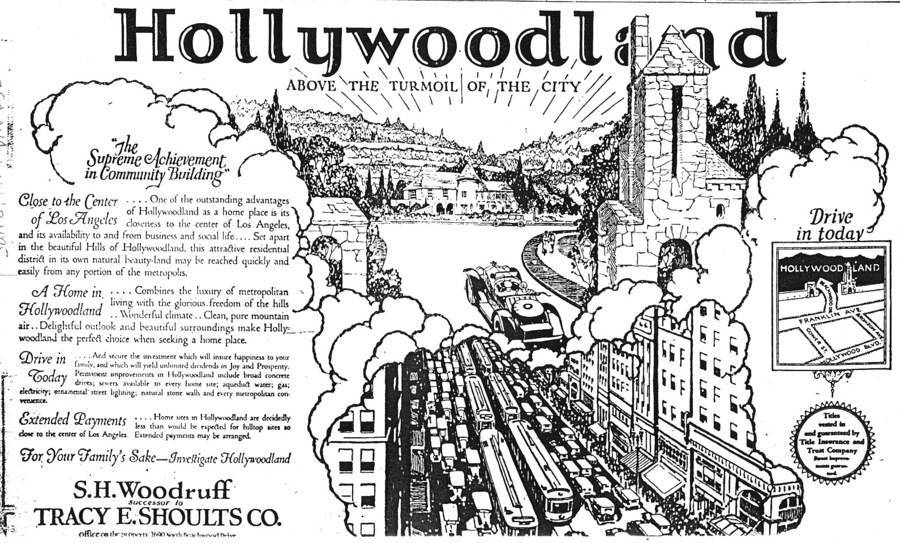 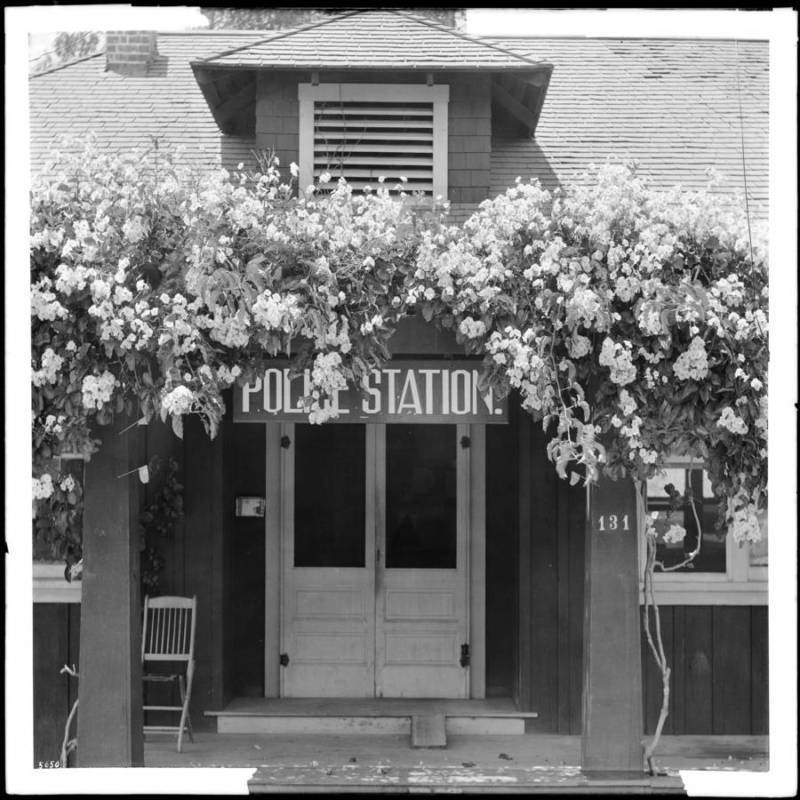 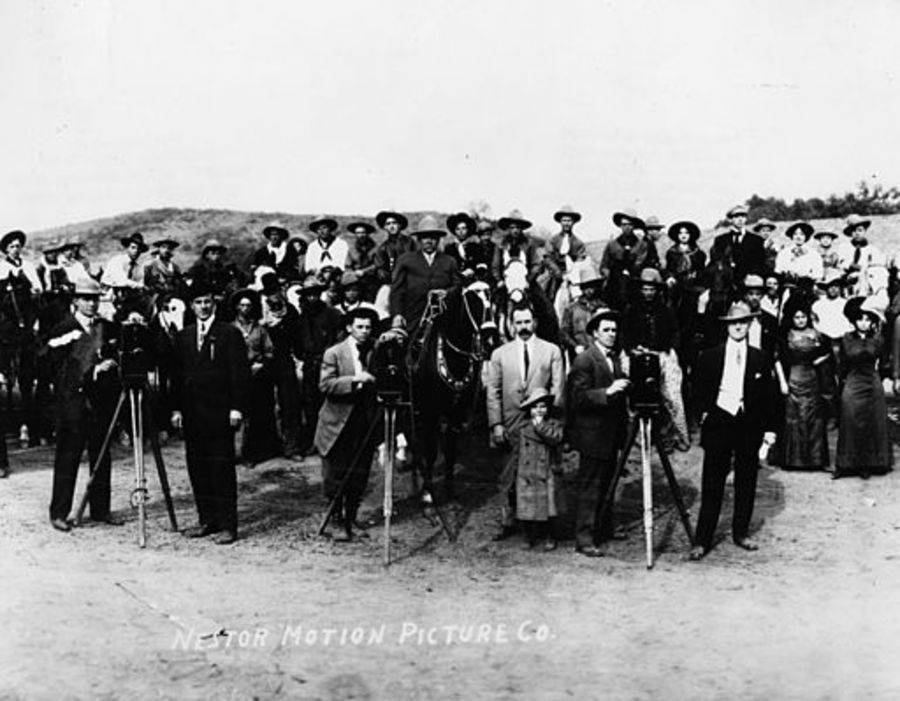 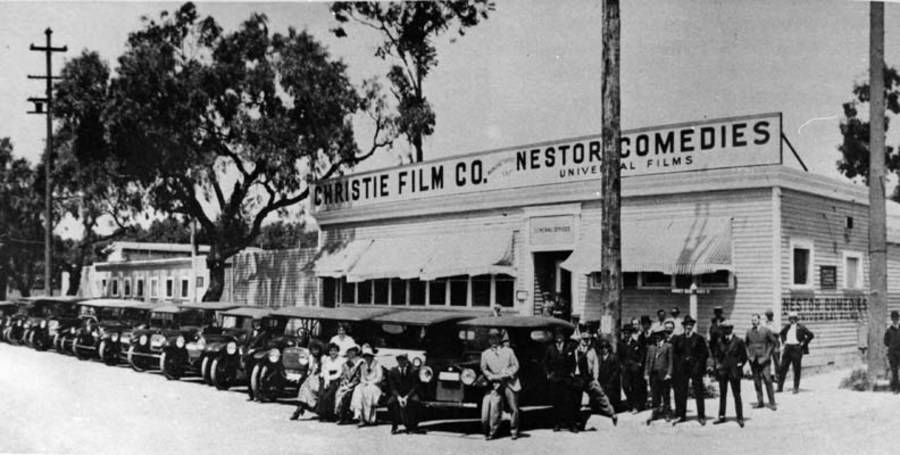 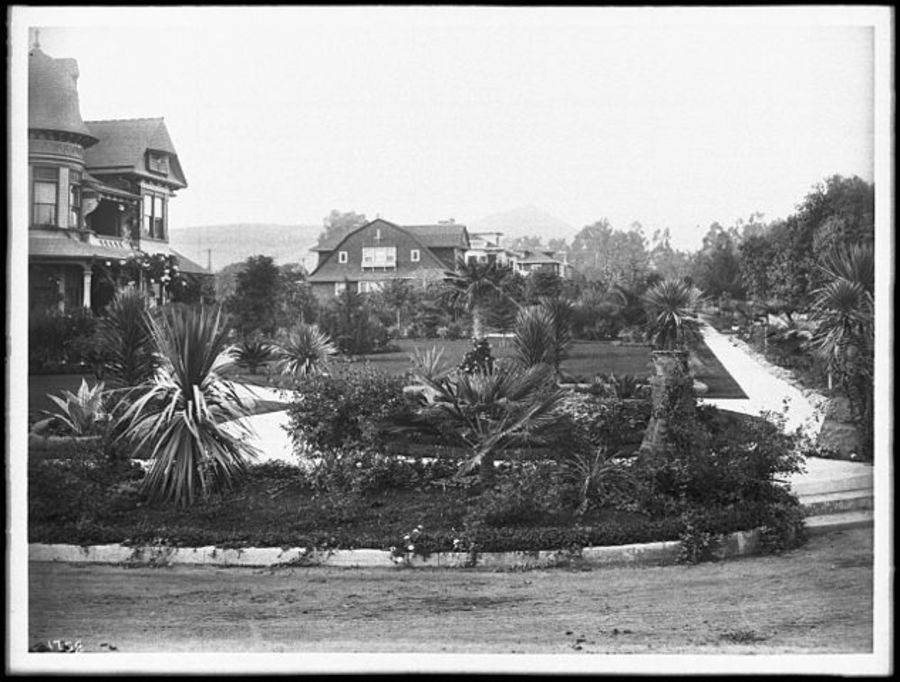 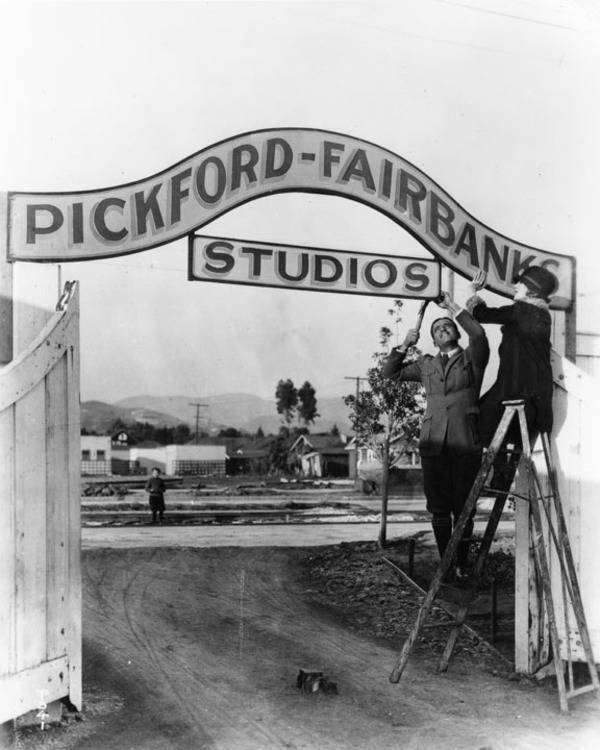 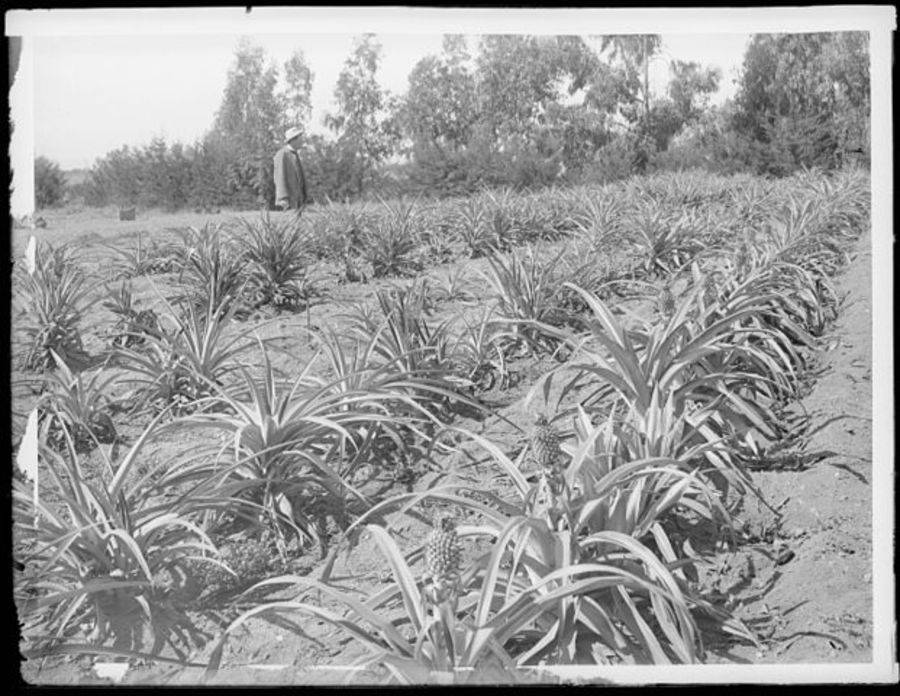 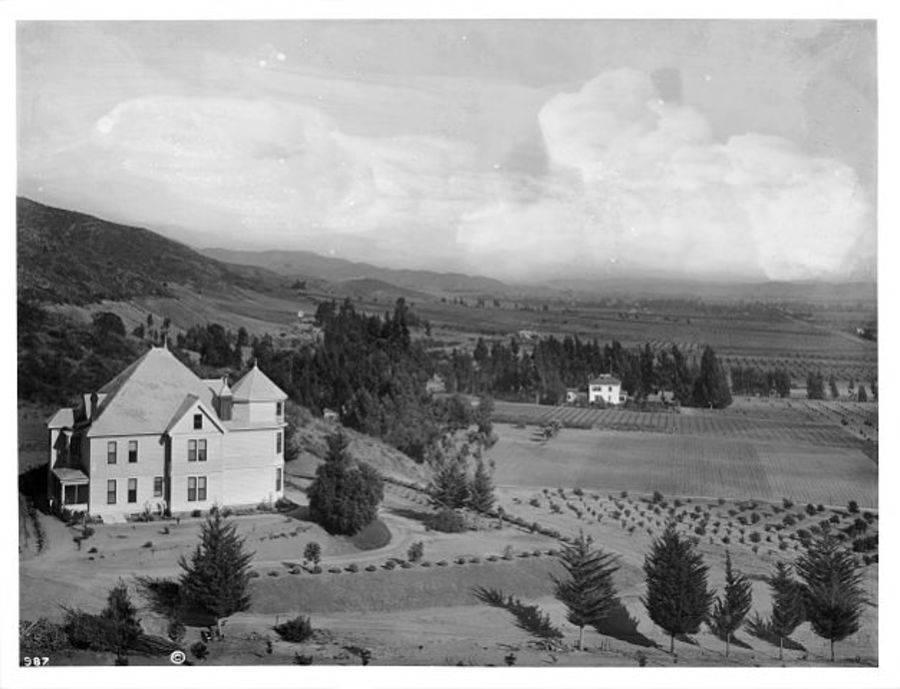 Today, it's difficult to imagine that back in the 1870s, Hollywood was nothing more than a small agricultural community.

Of course, back then it wasn't called Hollywood, but was instead known as the Cahuenga Valley. This area was a frost-free belt that stretched along the base of the Santa Monica Mountains and a place of great importance to the region's farmers. After all, it was an agricultural paradise where pineapples grew with abundance and bananas ripened almost overnight.

But the agricultural paradise of the Cahuenga Valley was not to last long. The real estate boom of the 1880s saw men with entrepreneurial talents turning farm land into suburbs with ferocious rapidity. One such talented man was H. J. Whitley, who saw the potential of the Cahuenga Valley and hatched a plan to buy the land.

Legend has it that, on his honeymoon in 1886, Whitley and his wife stood on top of the hill overlooking the valley when suddenly, a Chinese man with a wagon carrying wood appeared out of nowhere. Whitley supposedly asked the man what it was he was doing, and the man replied, saying what Whitley heard as “I holly-wood,” meaning that he was hauling wood. Whitley was inspired and took the name for his new town which he was yet to buy.

Only Whitley never did buy the land because a man named Harvey H. Wilcox beat him to it. Whitley had shared his Hollywood idea with others and the news traveled fast. Wilcox heard the idea, stole it, and liked Whitley's idea for the name so much that he stole that too. In 1887, Hollywood was born.

Curiously, Wilcox and his wife, Daeida Hartell (who, according to another version of the legend, is said to have convinced Wilcox to buy land near the Cahuenga Valley in the first place and who came up with the name Hollywood after speaking to a woman from Ohio), never wanted Hollywood to become the movie capital of the world, or anything of the sort.

All they wanted was to create a “utopian subdivision” for “cultured, wholesome Midwesterners looking for fresh air and a second act in California,” as Curbed Los Angeles writes. Hartell also wanted the new community to be completely Christian. There was not going to be any liquor, firearms, pool halls, or even bicycle riding.

But Hartell's dream was short-lived. In 1903, the town’s citizens voted on whether or not Hollywood should become an official city, and not the small community Hartell had wanted. Hartell opposed the measure but could not vote (she was a woman after all) and the town became a city.

Hollywood was a great place to flee to. For one, it was far from Edison but it also had great weather and a diverse landscape that was perfect for filming different kinds of settings. Things then snowballed from there — and the rest is Hollywood history.