Our Aunt Flo: How “Homo floresiensis” Fits In The Human Story

The recent discovery of Homo floresiensis makes the story of human evolution all the more interesting. 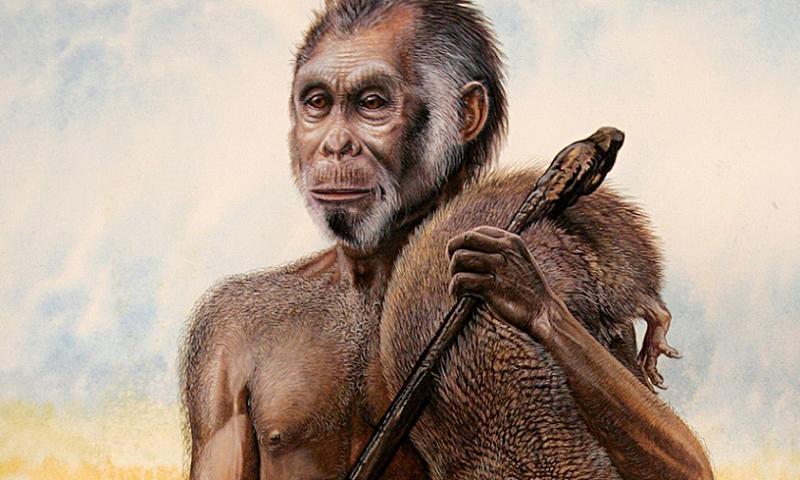 Way out in the South Pacific, near no place in particular, lies the tiny island of Flores. It has about as much land area as the Willamette Valley and has been covered with tropical rainforest for as long as anybody can tell. Insofar as the place is known at all, it’s mainly as a jumping-off point for tourists who want to visit the island of Komodo and watch big lizards eat goats.

In 2003, a discovery was made in a cave on Flores that sent a shockwave through the field of human origins. There, the remains of a previously unknown species of human were discovered that, on examination, proved to be unlike anything researchers had ever come across. What’s more, this clearly non-sapiens hominid was recent enough to have shared the island with the ancestors of the people who live there now. 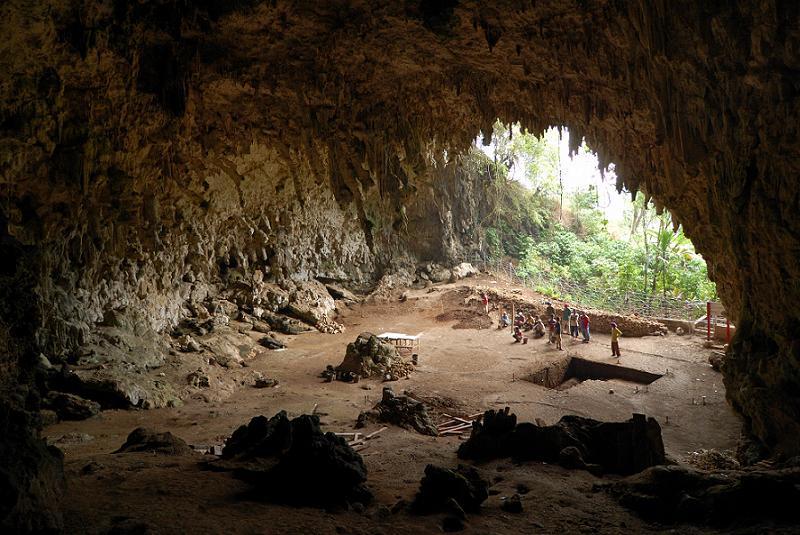 Once the new species was recognized, it was given the name Homo floresiensis, “human from Flores,” and described in the literature in early 2004. The type specimen (the first of 12 to be discovered) was an adult female (nicknamed Flo, because of course she was) who stood 1.1 meters tall. That’s 3 feet, 6 inches if you live in the United States, Liberia, or Burma.

Not only is this exceptionally short for a human, she and the others that were later discovered had absurdly tiny brains. Flo’s braincase had a capacity of only 400 cc, which is maybe a quarter of what modern humans have. She also had a number of peculiar skeletal features that just don’t exist among recent human ancestors. Add to that the fact that all of the H. floresiensis remains found so far date to between 94,000 and 12,000 years ago. For comparison, our own species reached its more-or-less modern form between 100,000 and 250,000 years ago. Whatever Flo was, she wasn’t an ancestor of ours, and her race damn-near lived until Jericho was founded.

The Legends Of Homo Floresiensis 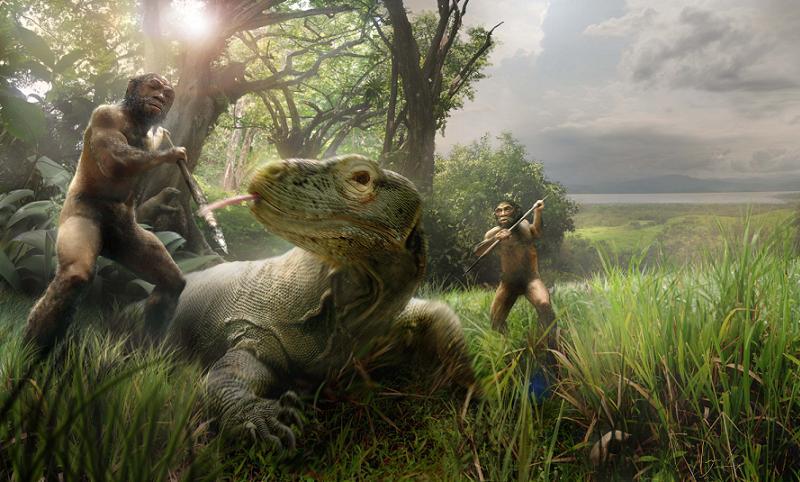 For as long as anyone has been around to write down accounts, the people of Flores have been telling a story about the ebu gogo, or “ravenous grandmother.” This mythical creature is a 3-foot-tall hairy forest dweller who steals food, and sometimes children, from villages at night. Most of the stories are of the Hansel and Gretel type, where smart children are put in danger and eventually outwit their captors.

Because the people telling these stories have an irritating habit of not being white Christians, the stories have always been dismissed as mere folklore without any basis in reality. The discovery of Flo’s remains, dating to a time when modern humans also lived on the island, has gotten the outside world thinking that maybe there’s something to the stories after all. Indeed, while it’s tempting to turn pennies into pence for the dates, the fact that Flo lived around 10,000 BC gives some hope that her descendants might still have been present even more recently, though no younger remains have been identified. 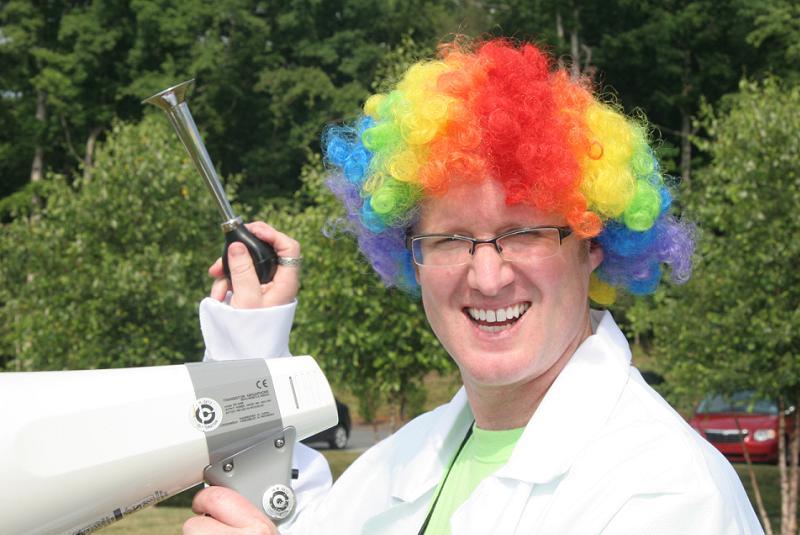 Let’s take a break from all this science and find out what idiots think is going on:

Our analyses show that the brain size of LB1 is in the range predicted for an individual with Down syndrome (DS) in a normal small-bodied population from the geographic region that includes Flores. Among additional diagnostic signs of DS and other skeletal dysplasiae are abnormally short femora combined with disproportionate flat feet. (Henneberg, et. al., 2004)

For readers who don’t speak pseudoscience, the above passage is from a paper by the Polish-American-Australian-Martian-Land of Delicious Irony biologist Maciej Henneberg, published in 2004, which tries to argue that H. floresiensis isn’t any kind of new species, but rather was a very unfortunate pygmy who had Down Syndrome. Scientific journals are in the incredibly short-sighted practice of hiding papers behind a paywall, so it isn’t feasible to link to this particular pissing match directly. Here’s a summary:

Henneberg thinks Flo was a pygmy with DS because she had a small brain, unusually short thigh bones, and flat feet, all of which are associated with DS. If this is the case, it would certainly have been nice of Henneberg to submit his paper to normal peer review, rather than publishing through the back door of sponsorship at the National Academy of Sciences by a member, 89-year-old hydrologist (and climate-change denier, and creationist, and all-around jerk) Kenneth Hsu, and not running it past any, you know, specialists in Down Syndrome along the way.

Unfortunately for Henneberg and the authors of the other “nuh-uh” papers Hsu shepherded past peer review like a protective father, the DS explanation is less than persuasive for a few reasons. First, it must have been contagious, since H. floresiensis is now known from a dozen specimens, across several sites, separated by 80,000 years. It would be odd if they all had an extra chromosome.

Second, no research has ever explained how Down Syndrome gave H. floresiensis unique shoulder and wrist bone structures that were present in Australopithecus, but absent in Homo erectus and every other known hominid over the last 800,000 years. Both were present in Homo habilis, though, suggesting that the split happened then.

Finally, none of the other signs of DS seem to be present in the bones. Flo’s feet didn’t angle outward, there’s no sign of low bone density, especially in the spine, and—oh, by the way, they looked like this: 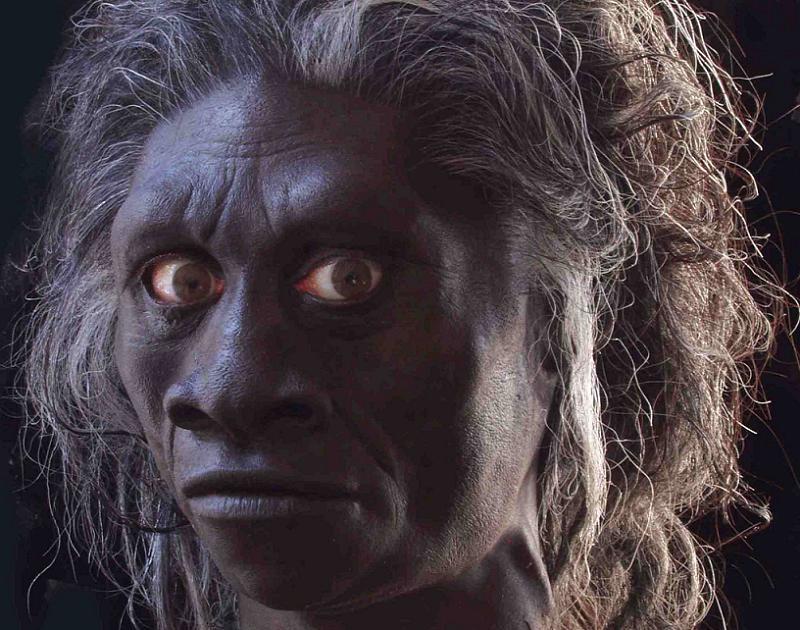 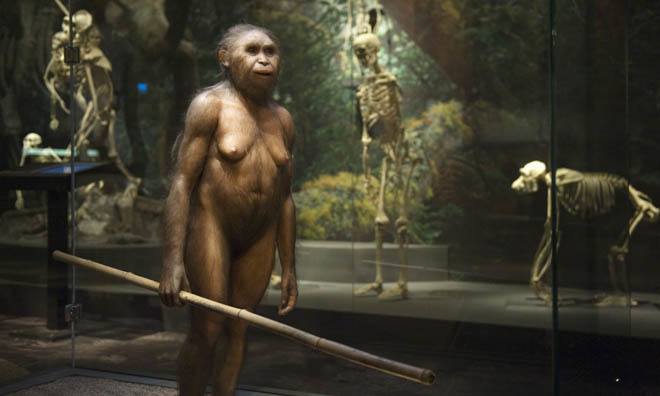 So, where does this leave us, vis-a-vis Flo? Well, as stated above, she’s not any kind of ancestor. Her people weren’t descended from H. sapiens, which has been around for about 250,000 years, so they weren’t first cousins like Neanderthal. Primitive features of the skeletons aren’t found in H. sapiens‘ immediate ancestor, H. erectus, which puts the split further back than 800,000 years. Flo’s wrist and shoulder anatomy is consistent with apes, Australopithecines, and Homo habilis, and her brain-to-body-mass ratio is intermediate between A. afarensis and H. erectus, and consistent with H. habilis.

Multiple lines of evidence converge on the conclusion that Flo was descended from H. habilis, and that her last ancestor in common with us may have died nearly 1 million years ago. Now, remember how recently Homo floresiensis died out. As recently as 10,000 BC, humans were sharing space with descendants of Homo habilis.

Just imagine what they’ll dig up next.