How The U.S. Thwarted A Nazi Plot Against Hoover Dam

Even before Pearl Harbor, America faced threats from its enemies abroad during the lead-up to World War II. 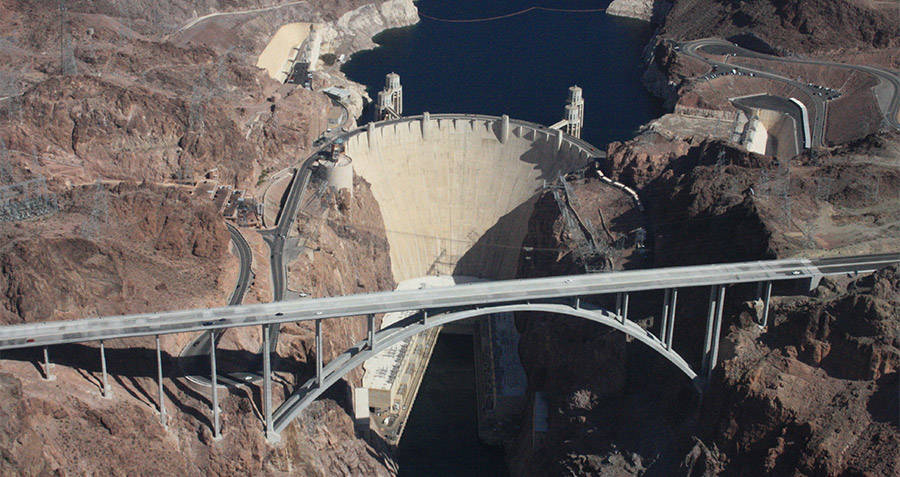 Boulder Dam, also called Hoover Dam, supplied power to much of southern California after it came online in 1935. Four years later, government officials feared that the Germans had it in their sights for an attack.

Several incidents led the U.S. government to believe this. For starters, a German man took large numbers of photographs of the dam and the site in October 1939. A month later, the State Department heard from its embassy in Mexico that two German agents planned to cripple the dam by blowing up the intake towers and taking out high-voltage lines.

The agents were going to disguise their activities as a fishing excursion on Lake Mead. The rental boat would get close enough to the intake towers to plant the bombs. One of the agents reportedly made more than a dozen trips to Hoover Dam to scout the location.

The government, of course, kept all of this a secret from the general populace. A panic would ensue if word got out that Germans were planning to destroy a major target.

Upon learning of the threat, the U.S. government took immediate action. No one was allowed to go to the dam or on the lake. Even employees were banned from spending time there unless it was absolutely necessary.

That’s when the rumors started. People noticed that no one was fishing or boating at Lake Mead. In January 1940, the Bureau of Reclamation issued a press release saying that the dam was perfectly safe and that any plot to blow it up is simply a ridiculous rumor. 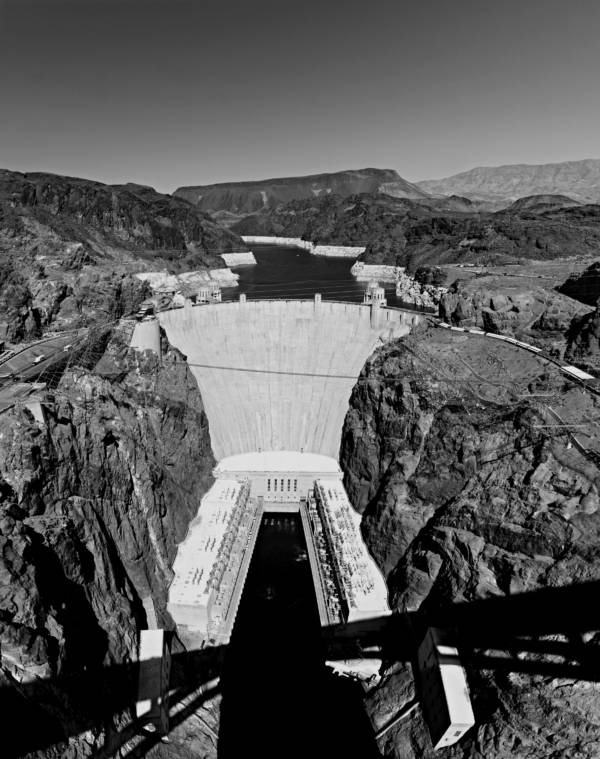 Wikimedia CommonsHoover Dam and lake Mead as seen from the bridge above it.

The military tried to come up with sophisticated defenses for the dam almost immediately. One involved a huge net strung over Lake Mead to catch any bombs dropped from the air.

Another included painting the dam to conceal it from planes flying overhead. A third option was to build a 3/4-scale decoy dam further downstream from the actual dam in the hopes that Germans would target the dummy dam.

California resident J.P. Durbin suggested building a steel and concrete covering over the canyon to hide the dam completely. Oskar J.W. Hansen, the artist who created bronze sculptures for the dam, said the government should install steel cables in the canyon walls and then suspend metal shields amid the cables to deflect any bombardments.

All of these plans had several snafus in common. First, they were too unwieldy and would take an incredibly large amount of resources to implement. Second, any elaborate protection plans would take a huge amount of time to complete. Any German plot to blow up the dam would occur too quickly before any viable defense could happen. Third, people would definitely know something’s wrong.

The solution was simple: increased security. The military installed floodlights near the dam, and a wire net blocked all boats from getting to within 300 feet of the dam.

A few weeks following Pearl Harbor, military planners constructed small pillbox just above the dam. The cube measured 21-1/2 feet by 13-1/2 feet with concrete walls that were 13 inches thick. One soldier from the Army manned the post alongside one machine gun that had a limited range of movement. 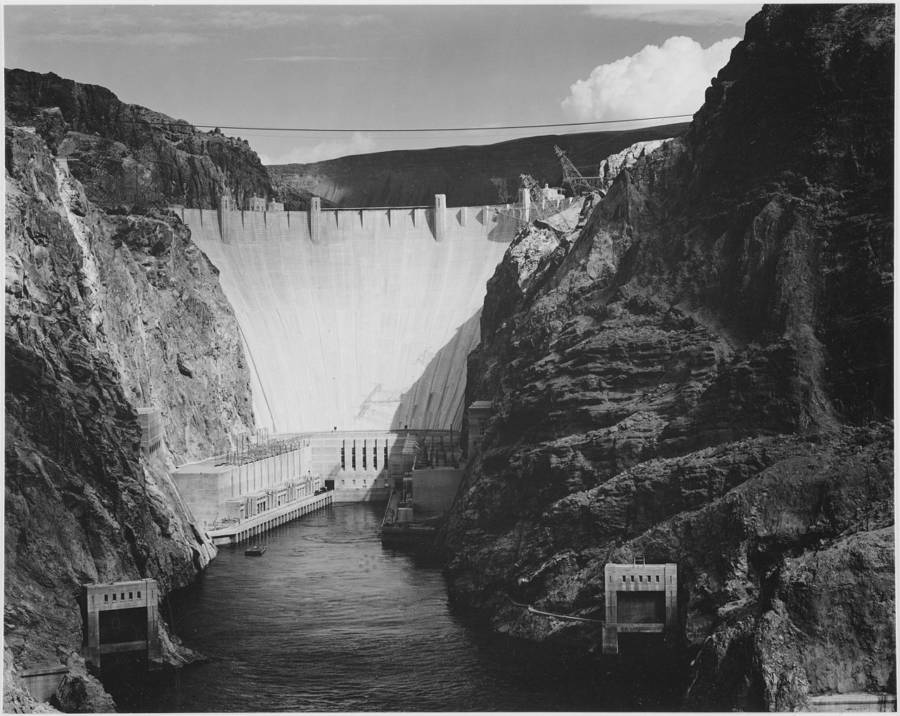 Visitors were checked before entering the grounds of the dam, another move caused by Pearl Harbor. That same checkpoint came in handy following the terrorist attacks of 9/11 when tighter security was in place at major landmarks in the United States.

The pillbox is still there today, watching silently over Hoover Dam against a plot to blow it up that never happened. Even more amazing, the government never admitted there was a plot until someone uncovered paperwork while digging through archival records in 2001.

Had the plot succeeded in 1940, the aviation industry for the West Coast would have been crippled and useless. Pilots wouldn’t be able to train. Any response to a sudden Japanese attack was probably out of the question.

With this in mind, perhaps there are other secrets that lie in and around the grounds of one of the largest construction projects from the Great Depression.

Next, learn about Britain’s wild plan to make icebergs into aircraft carriers during World War II. Then learn about Oskar Dirlewanger, the Nazi who even other Nazis thought was cruel and depraved.