Suicides, Myths, And Hauntings: The Chilling Story Of The Hotel Del Salto

According to legend, the indigenous Muisca people would leap off the nearby Tequendama Falls to escape Spanish conquistadors. Apparitions have reportedly stalked the grounds ever since.

Hotel del Salto, which translates quite literally to “hotel of the leap,” has purportedly been haunted for decades. Now serving as a museum, the century-old structure in Colombia overlooks a waterfall on the Bogotá River.

Initially used as the residential mansion home of architect Carlos Arturo Tapias, it opened its doors to guests in 1928 — with unnerving consequences. 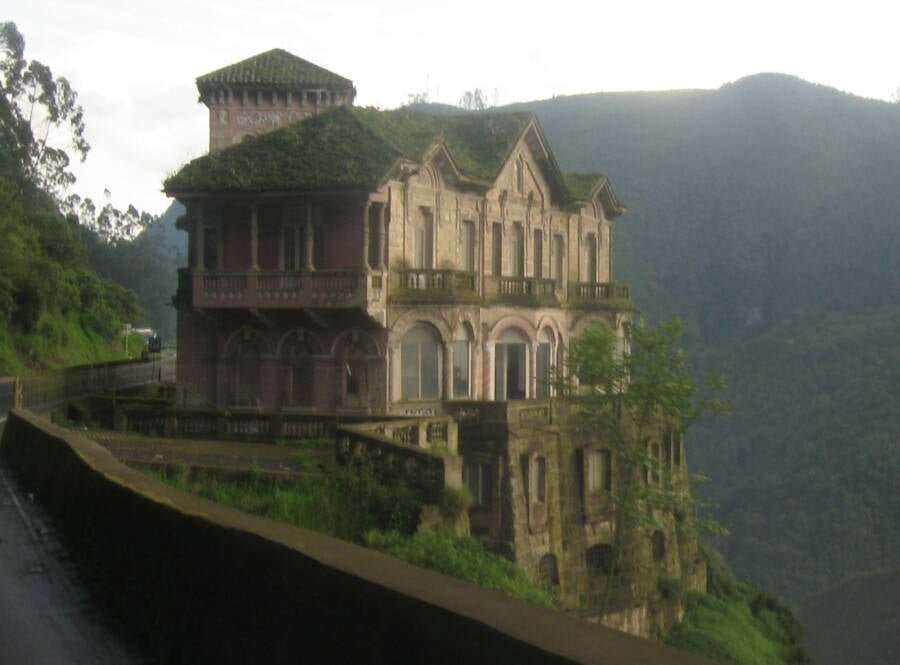 Wikimedia CommonsInitially a resident mansion, the building was turned into a hotel in 1928. The Hotel Del Salto is infamous for its suicidal draw and its place in indigenous legend.

Just beyond its walls, where the falls cascade down the foggy mountains, many have leaped to their deaths — either out of despair or inspired by indigenous lore.

Nearly 100 years later, visitors and tourists from around the world still frequent the former hotel. The myths, mishaps, and supposed supernatural incidents that occurred there will likely continue to lure visitors for years to come.

How The Mansion Of Tequendama Falls Became Haunted 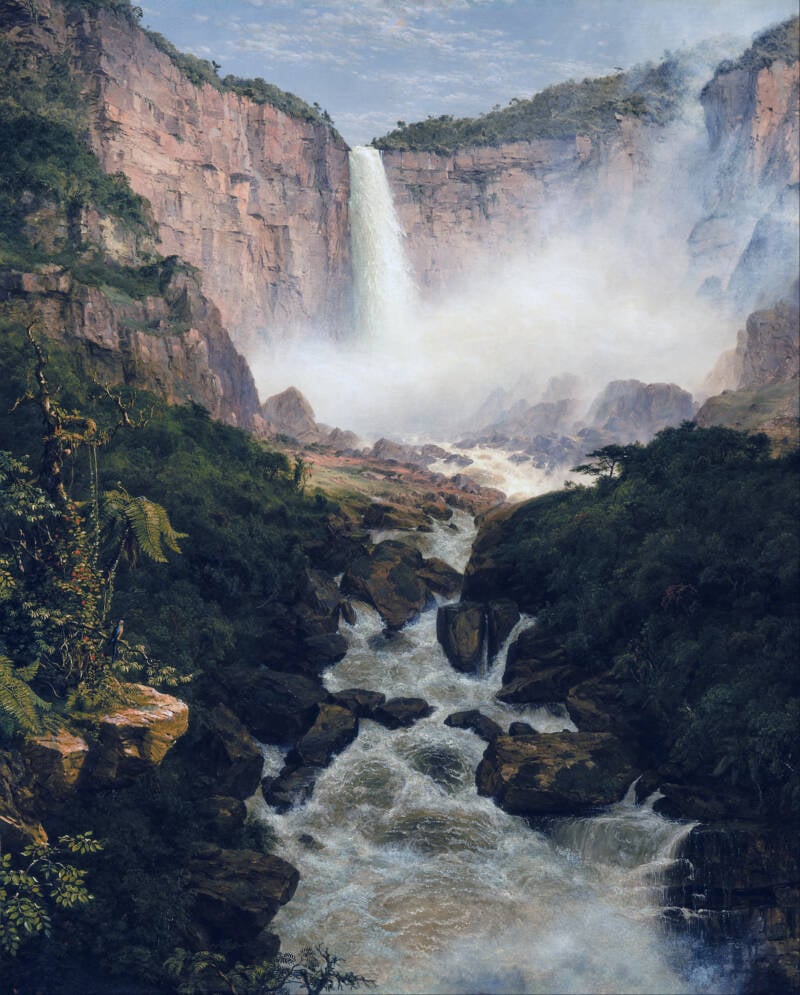 Wikimedia CommonsThe Fall of Tequendama, depicting the cascading cliffside where both the Muisca and modern-day Colombians have leaped to their deaths.

Tequendama, the name of the falls near Hotel del Salto, translates to “he who precipitated downward” in the indigenous Chibcha language of the Muisca people.

As the story goes, native people would leap from Tequendama Falls to avoid being captured by Spanish forces, who started to conquer South America in the 1500s. Rather than meeting their demise, however, the Muisca would transform into eagles mid-fall and soar into the skies.

According to another Muisca myth, Bogotá was flooded, but the gods created a patch and formed the waterfall to save people from dying in the flood, making the falls a doubly important site of salvation. The area was ripe with flora and fauna until the 20th century, when dams and electricity began to impact the environment. 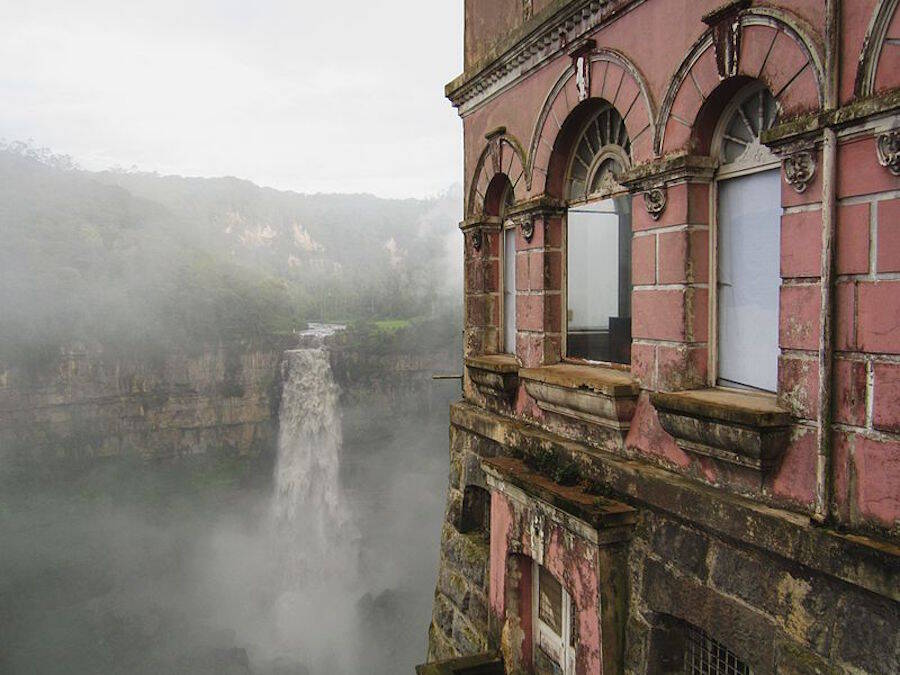 Wikimedia CommonsThe once-abandoned and allegedly haunted hotel has since become a museum celebrating the country’s heritage and environment.

At the site of these significant myths, the “Mansion of Tequendama Falls” was constructed in San Antonio del Tequendama in 1923, during the presidency of Pedro Nel Ospina. The building’s high windows and French architecture, designed by architect Carlos Arturo Tapias, reflected the joyful aesthetic of the roaring 1920s.

The mansion was the scene of many lavish parties throughout the decade. In 1928, an addition was built and the mansion was converted into a hotel.

Unfortunately, business dropped off during the 1930s due to the Great Depression, and would never again reach the dizzying heights it cleared in 1929.

In July 1950, plans to turn the hotel into an 18-story attraction came and went. Eventually, the original foundation became too damaged to operate, largely due to the Bogotá River’s horrific contamination.

By the 1990s, interest waned, business suffered, and the Hotel del Salto closed for good. During this period, the empty building saw curious ghost-hunters and destitute squatters enter its rooms. 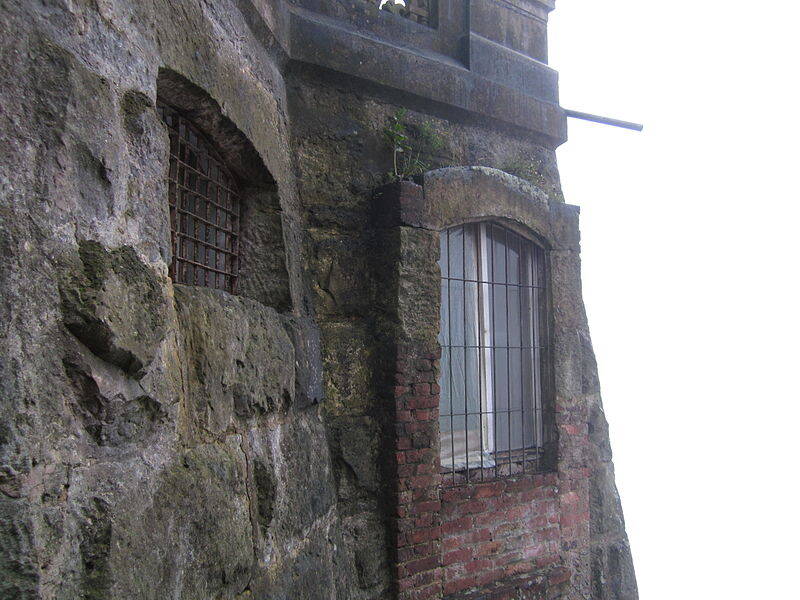 Wikimedia CommonsThe hotel became a hotspot for YouTubers and fans of the paranormal during its abandoned period between the 1990s and 2011.

Throughout the decades, numerous people leaped to their deaths at the hotel. Combined with the indigenous lore surrounding the falls, it’s no wonder many believe the hotel and falls are haunted to this day. Some even say the Muisca cursed the land where the hotel was built.

The Alleged Hauntings And Accidents

Those tragic deaths weren’t the only thing keeping visitors up at night. Hotel guests claimed to see apparitions inside the hotel and outside, by the falls. Some even said they heard quiet voices conversing in a strange language, possibly the spirits of Muisca people.

According to another account, the dark energy of the falls drove a hotel guest to brutally murder a beautiful young socialite in one of the rooms, splattering the walls with her blood. They say her vengeful spirit can be seen peering from the windows of the room where she died.

While the hotel stood empty, tales of a loud cry emanating from within the building at night strengthened the belief that the place is haunted. Additionally, the road leading up to the building has been the site of numerous mudslides and accidents, which some believed were a sign of further paranormal activity.

Alleged hauntings aside, when Hotel Del Salto was still open for business, guests often found themselves involved in police investigations of deaths at the falls, which hurt the hotel’s reputation as well.

According to Express, tourists are still warned to stay close to the property at night, lest they fall off the edge by mistake. Some visitors have even fallen off the balcony — whether intentionally or not remains unknown.

To top it all off, the foul-smelling water in the heavily-polluted Bogotá River below only reinforces the sense that something is very wrong with the hotel. The water in this river is so toxic that in some places no life can survive.

However, things finally started to change for the hotel in 2011, when an effort to turn the seemingly doomed building around began.

The National University of Colombia’s Institute of Natural Sciences and the Ecological Farm Foundation of Porvenir came together for restoration efforts in 2011 to restore the famed hotel.

Rather than return the inn to its former glory as a vacation spot, the goal was to build a cultural hub. 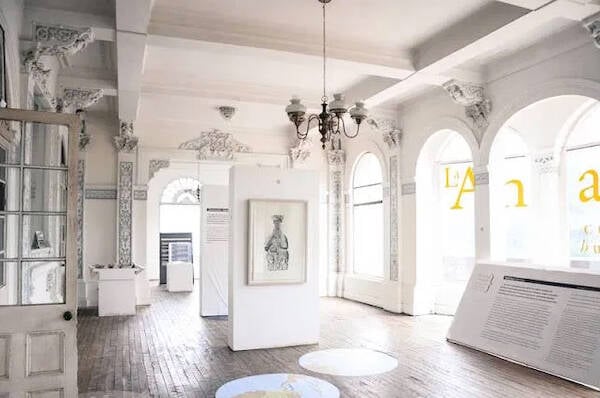 Tequendama Falls MuseumThe once-abandoned and allegedly haunted hotel has since become a museum celebrating the country’s heritage and environment.

As such, the Tequendama Falls Museum of Biodiversity and Culture has since become a symbol of the country’s heritage, as well as a prime example of environmental pride.

In 2013, the former mansion officially opened for its very first exhibit. The debut gala, “Caverns, ecosystems of the subterranean world,” showcased the region’s biodiversity and marvels of underwater ecology.

Today, curious visitors can tour the hotel, but only during business hours, which end at 5 p.m., well before the spirits are said to come out to play.

Now that you’ve read about the suicides and hauntings at Hotel del Salto, read the chilling story of murders and hauntings in Los Angeles’ infamous Cecil Hotel. Then, learn all about the haunted hotel that inspired “The Shining.”