While the murders committed in February 1933 by the Papin sisters' were appalling, the treatment they experienced as servants by a wealthy French family made intellectuals see their case as a symbol for class struggle.

Their names were Christine and Lea Papin and on February 2, 1933, they committed one of the grisliest murders in the history of France. They ripped out the eyes of their victims, rendered their faces unrecognizable, and mutilated their genitals.

Their victims were the mother and daughter of the well-off family that employed them, Léonie and Geneviève Lancelin. 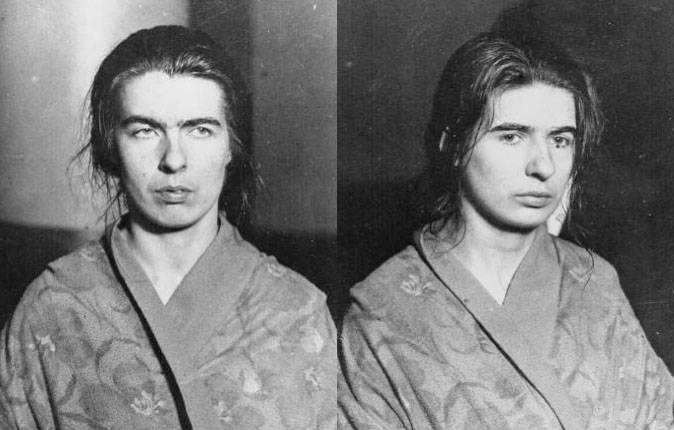 Wikimedia CommonsThe Papin sisters after their sensational arrest. Christine is on the left and Lea is on the right.

Life Inside The Lancelin House

Christine and Lea Papin worked as domestic servants for a retired lawyer, René Lancelin, his wife, Léonie, and their grown daughter, Geneviève. The Lancelins lived in a beautiful two-story townhouse on No. 6 rue Bruyère in the city of Le Mans.

By outside accounts, the family treated them well. They ate the same food as the family, lived in a heated room, and were paid the standard wages of the time.

Before the crimes, the professional comportment of the siblings was apparently excellent. In fact, the Lancelins were the envy of every French upper-class household for having such dedicated and hardworking domestic help. 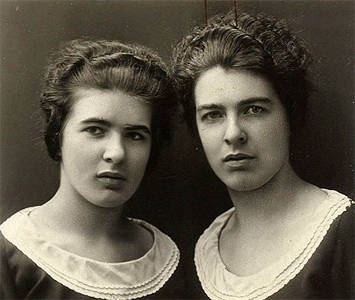 Wikimedia CommonsLea (left) and Christine (right) posing together in a formal portrait.

However, not all was well in the Lancelin household as the sisters had an atypical relationship with their employers. For one, neither of the women had ever spoken to René Lancelin in the entire seven years that they worked there.

The sisters were given orders by his wife and even then, she only communicated through written directions. Léonie was also a woman that demanded perfection, as she routinely performed “white glove tests” on furniture to confirm that the furniture had been dusted.

The Gruesome Murders Of Madame Léonie And Genevieve

On the day of the murders, it was dark and raining heavily. After a shopping trip, the mother and daughter were to go directly to the home of Léonie’s brother, where René would meet them. The family were not expected home by the sisters until late in the evening.

The two siblings continued with their errands, one of which was to pick up the iron from the repair shop. When the iron was plugged into the electrical outlet, it blew a fuse. They decided to wait until the morning to try to repair the fuse, given that the Lancelins would not return home until late into the evening.

But Léonie and Geneviève returned home unexpectedly. According to Christine, when the mother was told that the iron was broken and that the electricity was out, she flew into a violent rage.

Christine then smashed a pewter jug onto the mother’s head, which led Geneviève to come to her mother’s defense and attack Christine. Infuriated, Christine allegedly shouted, “I am going to massacre them!”

Lea rushed down from the attic and attacked the mother, with Christine egging her on. “Smash her (Léonie) head into the ground and tear her eyes out!” she shouted. Agreeing with her pleas, Lea followed suit and Christine proceeded to tear Geneviève’s eyes from her face. 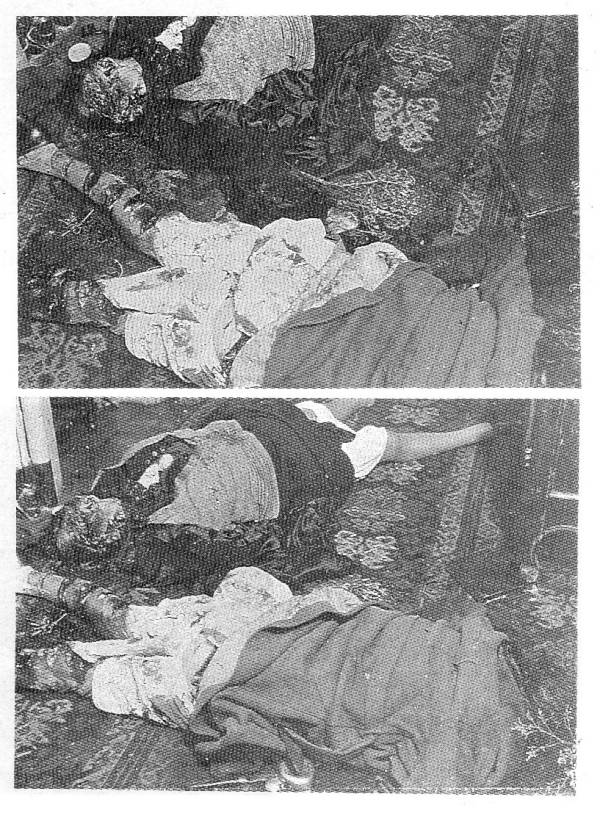 Wikimedia CommonsForensic photograph of the crime scene. The victims are badly mutilated and rendered unrecognizable.

Without their eyes, the mother and daughter were rendered helpless. The sisters gathered a hammer, a knife, and a pewter pot and struck blows on their victims until mother and daughter lay silent. They lifted up the skirts of the corpses and began cutting into their buttocks and thighs. In one final gruesome act, the sisters basted Léonie with her daughter’s menstruation blood.

The murderesses cleaned themselves, locked every door in the house, lit one candle in their room, and waited for the inevitable.

When his wife and daughter failed to show up for dinner, René Lancelin returned home with one of his friends. They found all of the doors locked and the house in pitch darkness. René contacted the police, who broke into the townhouse.

After the two sisters were found naked in bed together, they immediately confessed to the double murder. They claimed that it was self-defense, as Christine Papin simply said, “It was her or us.” Lea told the police, “From now on, I am deaf and dumb.” 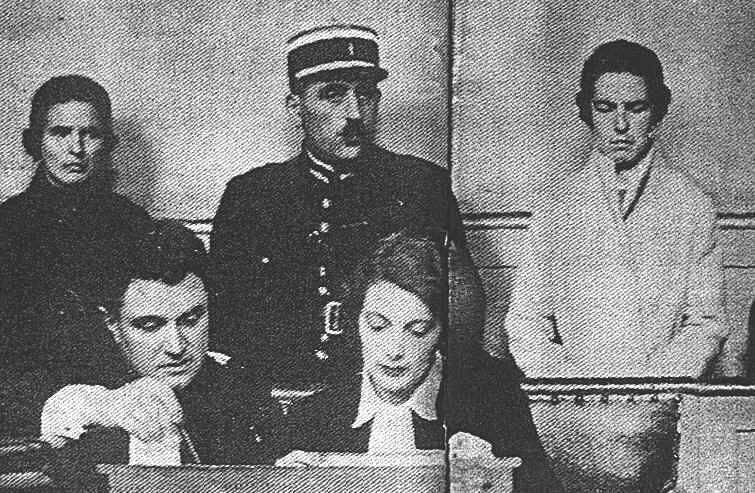 Wikimedia CommonsA photograph of the trial of the Papin sisters. Lea Papin is on the far left in a dark coat and ChristinePapin is on the right in the lighter coat.

The gruesome case of the Papin sisters attracted the interest of the intellectuals of the time as they argued that the murders were the manifestation of the class struggle.

They believed that the girls rebelled against their mean-spirited masters, reflected in the poor conditions under which the people who worked as servants to the rich lived. Prominent intellectuals like Jean-Paul Sartre, Simone de Beauvoir, and Jean Genet held up the crime as an example of class warfare.

The defense argued that the sisters were temporarily insane during the time of the murder. They cited a cousin who died in an asylum, a grandfather prone to violent attacks of temper, and an uncle who had committed suicide as evidence of a hereditary disposition toward insanity.

Psychological experts later argued in the aftermath of the trial that the Papin sisters suffered folie à deux, the condition of shared psychosis. The symptoms of the shared paranoid psychosis included hearing voices, a sense of persecution, and a capability for inciting violence in perceived self-defense against imagined threats as well as inappropriate expressions of sexuality.

Those afflicted with paranoia will often focus on a mother figure as a persecutor, and in this case, the persecutor was Madame Lancelin. In such states, one half of the pair will often dominate the other as Christine dominated Lea. Paranoid schizophrenia can be difficult to diagnose as the paranoid person can appear quite normal which is how the sisters would have likely come across to the prosecution at their trial.

The court decided that the Papin sisters were sane and therefore guilty. Christine Papin was sentenced to be put to death by guillotine in the public square at Le Mans on September 30, 1933. Lea Papin was considered an accomplice and given a lighter sentence of ten years of hard labor. 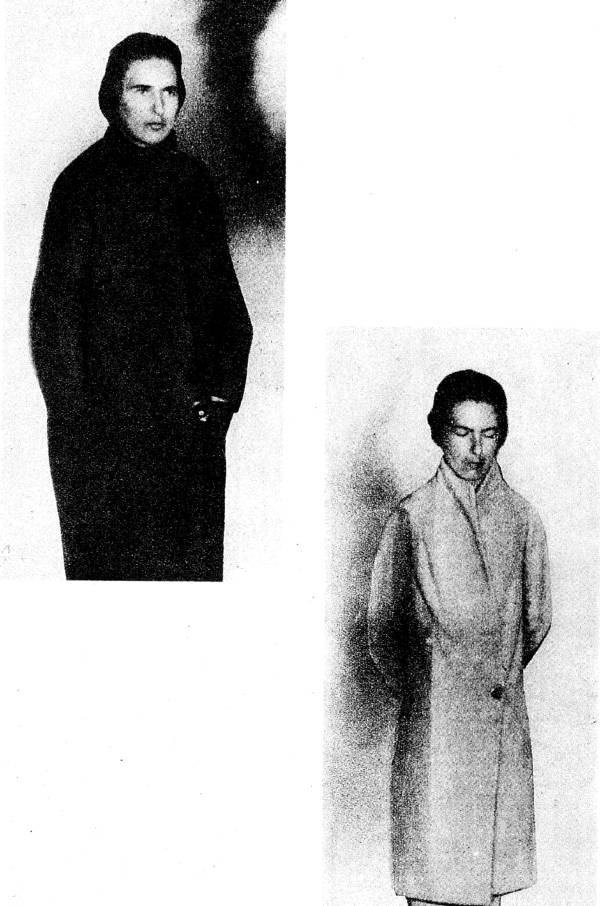 Wikimedia CommonsThe Papin sisters as they appeared during the trial. Lea is the women in the dark coat in the top left-hand corner. Christine is in the light coat in the bottom right-hand corner.

While Christine waited in the holding cell for her punishment, she became unhinged and tried to claw her own eyes out. She was then put in a straightjacket while her sentence was commuted to life imprisonment. But soon she began to starve herself and died as a result in 1937.

Lea Papin was released after eight years on good behavior in 1941. She then went to reside with her mother and lived a long and quiet life under an assumed name.

The Papin sisters are two figures that will live in infamy as their story inspires a mixture of horror and fascination. But no one will ever know the true story of these two mentally disturbed sisters.