How Did Elvis Die? Inside The True Story Of The King Of Rock And Roll’s Death

Questions have swirled about how Elvis died ever since the iconic rocker was found dead on the bathroom floor at Graceland in Memphis on August 16, 1977.

Though the basic story of how Elvis died at just 42 years old is well-known, it remains shrouded in both mystery and rumor. The essential facts are that at around 2:30 on the afternoon of August 16, 1977, his fiancé Ginger Alden was wandering around the Graceland mansion in Memphis Tennessee in search of him. Presley was supposed to be preparing to leave for his latest tour, but Alden was growing concerned, as she hadn’t seen him in a while.

Alden saw no sign of Presley until she realized his bathroom door was cracked open. She looked inside the room and, as she later recalled in her memoir, “I stood paralyzed as I took in the scene.” 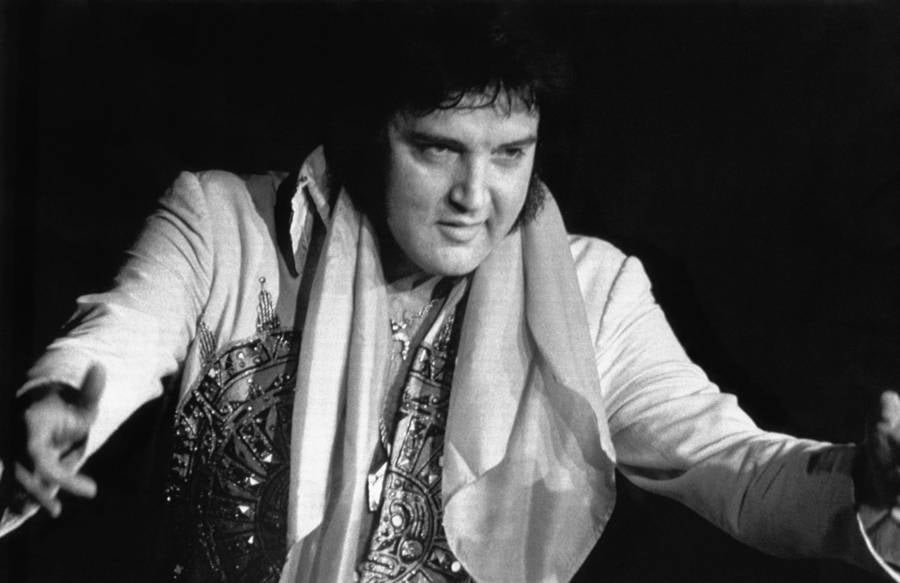 Getty ImagesNot long before Elvis Presley’s death, he played this June 1977 concert, which would be one of his last.

According to Alden, “Elvis looked as if his entire body had completely frozen in a seated position while using the commode and then had fallen forward, in that fixed position, directly in front of it.” Alden rushed forward and detected a hint of breathing, although the singer’s “face was blotchy, with purple discoloration” and his eyes were “staring straight ahead and blood red.”

An ambulance was called and the unconscious superstar was taken to the Baptist Memorial Hospital in Memphis, Tennessee where doctors tried to revive him. Their efforts failed and Elvis Presley was pronounced dead at 3:30 PM, a little over an hour after he had been found.

When Elvis died, the world mourned — but a host of mysteries remained. More than any other, the big, controversial question that has loomed over this entire story from then until now is, simply, how did Elvis die?

What The Autopsy Says About How Elvis Died 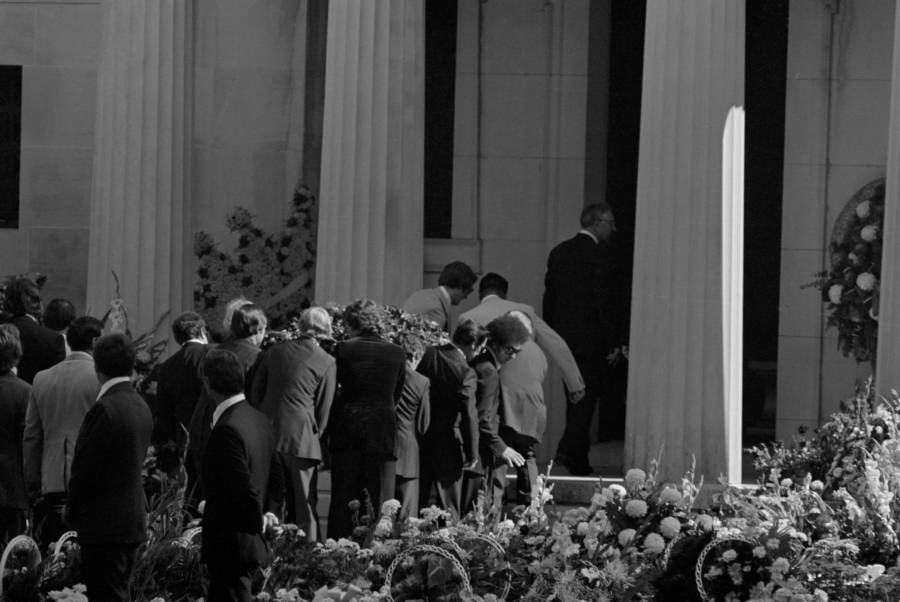 The death of Elvis Presley took the world by storm. When Elvis died, President Jimmy Carter himself made a statement, declaring that the singer had “permanently changed the face of American popular culture.” Meanwhile, nearly 100,000 stunned mourners showed up for his funeral procession.

But in the chaos immediately following the icon’s death, certain dark facts related to his actual cause of death were overlooked and the question of how Elvis died loomed over the remembrances and tributes.

On the same afternoon when Elvis died, three doctors working in tandem — Eric Muirhead, Jerry Francisco, and Noel Florredo — performed his autopsy. The post-mortem examination took two hours to complete and while it was still in progress, Francisco took it upon himself to make an announcement to the press. He reported that “preliminary autopsy findings” had shown that Elvis Prelsey died of a “cardiac arrhythmia” — a heart attack — and that there was no evidence that drugs had played any role in his death. 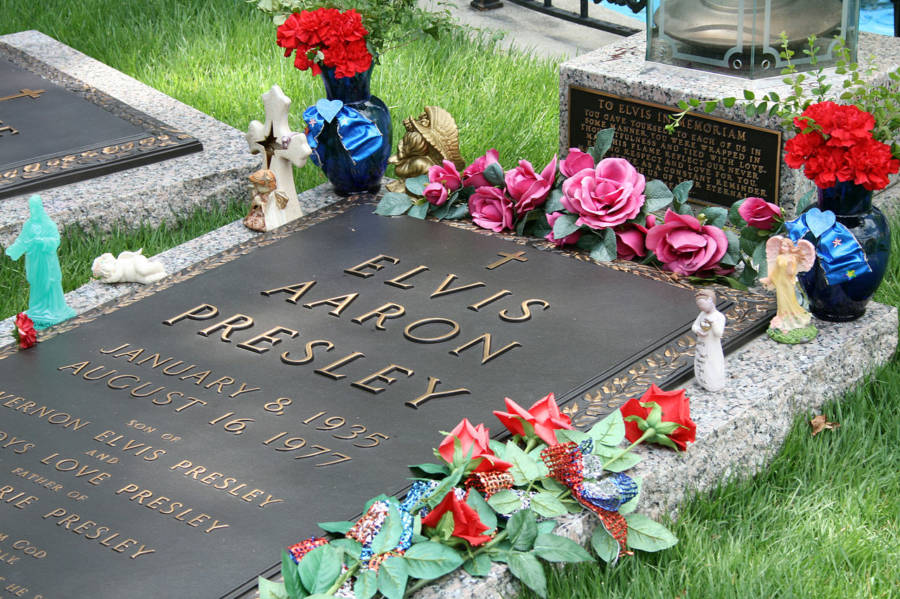 In fact, that was not quite the full answer to the question of how Elvis Presley died. The autopsy had not been concluded at the time of Francisco’s statement and neither of the other doctors had consented to this press release.

But though Francisco’s actions had been suspicious, there was reason to believe that drugs hadn’t been involved and that Presley’s deteriorating health had simply done him in. By the time of his death, Presley was rather overweight.

His fondness for fried peanut butter and banana sandwiches and other unhealthy foods was well-known and he suffered from several ailments including diabetes, high blood pressure, and glaucoma. Yet while his poor diet may have contributed to his ill health, there was a longer answer to the question of how did Elvis die.

Secrets In The Toxicology Report

Even when he first addressed the press, Francisco was bombarded by the same question: Had the post-mortem shown any signs of drug abuse?

Only a few weeks before Elvis Presley’s death, three of the singer’s former bodyguards had published a tell-all book, Elvis, What Happened?, in which they claimed the star had long been addicted to amphetamines. For his part, Francisco tried to dodge the question, claiming that “the specific cause [of Elvis’s death] may not be known for a week or two pending lab studies,” and adding, “It is possible in cases like this that the specific cause will never be known.” 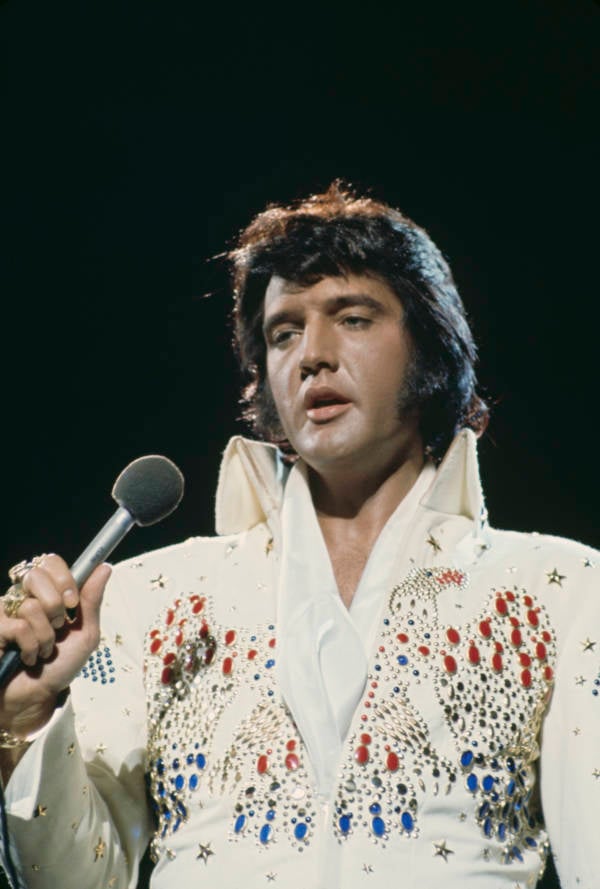 When the toxicology report finally did come back, however, it seemed as though the doctors had been trying to stage a cover-up. The results showed that at the time of Elvis Presley’s death, his blood contained high levels of Dilaudid, Percodan, Demerol, codeine, and an astounding ten other drugs. It would later emerge that Francisco had staged his conference and attempted to deflect the questions surrounding the drugs at the request of Presley’s family members, who were determined to try and keep his drug usage a secret.

When Elvis Died, Was The Infamous Dr. Nick To Blame?

Elvis Presley first became addicted to amphetamines sometime in his early twenties. These substances were legal in the United States until 1965, but Presley, who also suffered from insomnia, was soon also taking depressants to help him fall asleep at night. By the late 1960s, Presley had become completely dependent on drugs both to amp him up before live concerts and to put him to sleep at night — then got even more hooked by one devious doctor.

The King of Rock and Roll first met Dr. George C. Nichopoulos, also known as “Dr. Nick,” in 1967, when the doctor treated him for saddle sores. Nichopoulos soon became Presley’s personal physician, traveling with him for his residency in Las Vegas and providing him with amphetamines and barbiturates.

As Nichopoulos later explained, “Elvis’s problem was that he didn’t see the wrong in it. He felt that by getting it from a doctor, he wasn’t the common everyday junkie getting something off the street.” However, some viewed Nichopolos as nothing more than an enabler. 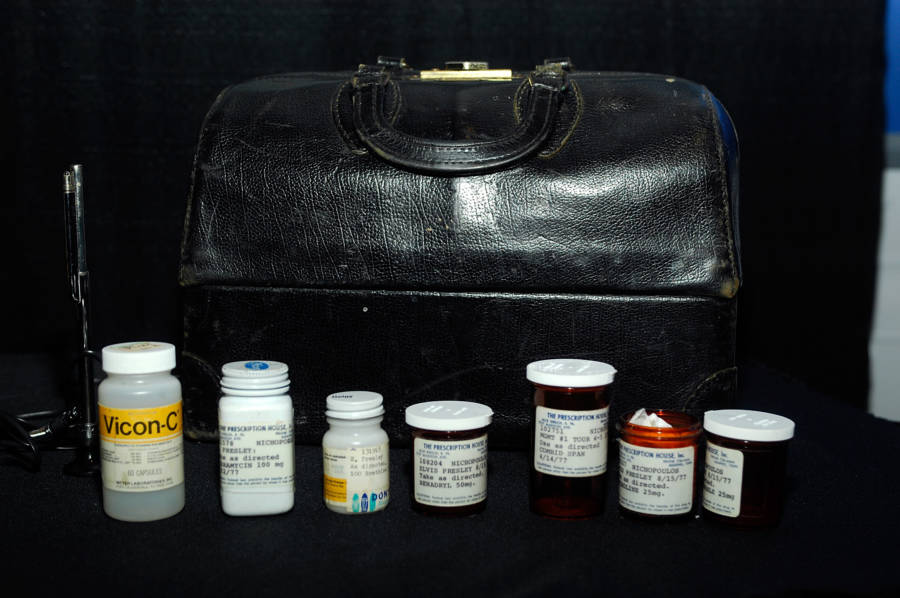 Joe Corrigan/Getty ImagesThe medical bag of Dr. George Nichopoulos, also known as “Dr. Nick,” is shown along with medications prescribed to Elvis Presley not long before his death.

Three years after Elvis Presley’s death, Nichopoulos had his medical license suspended. In 1981, he was put on trial for overprescribing medication to patients. The doctor testified that he had only tried to control the intake of his patients and prevent them from turning to the streets for their fixes and he was acquitted.

In 1995, however, his license was finally permanently revoked. The year before, a reopening of Elvis’s death saw one examiner find that heart attack was to blame after all (though that finding remains controversial).

Either way, many Presley fans blamed Nichopoulos for their idol’s death and he received numerous death threats in subsequent years. Yet although the doctor certainly sent Presley on the path to his demise, the actual cause of his death may be even more tragic.

One of the side effects of the prolonged abuse of barbiturates is severe constipation. Since he was in fact found keeled over near the toilet, it is very possible that as he strained to defecate, he put too much pressure on his already-weak heart. The strain combined with his obesity, other ailments, and drug abuse may have caused Presley to suffer a fatal heart attack on the toilet.

That theory — perhaps the most mythologized — remains, like all the others, uncertain. The question of how did Elvis die remains at least somewhat shrouded in mystery. But no matter the extent that drugs, diet, or even defecation played in his death, it’s sad to say that the King of Rock and Roll suffered a tragically ignoble end.

After this investigation in the question of how did Elvis Presley die, read more about Elvis’s life and tragic death. Then, check out some of the strangest facts about Elvis.