On January 22, 2008, Australian actor Heath Ledger died of an accidental drug overdose at age 28. But that's just the start of the story.

When Heath Ledger died in 2008, the world was in shock. The handsome Australian actor was just 28 years old — and he was at the pinnacle of his career. To his adoring fans, he seemed to have it all. So what really happened on the day of Heath Ledger’s death?

Though Ledger was enjoying success in his professional life, his personal life was falling apart. Not only was he reportedly abusing drugs, he was also struggling with insomnia — sometimes sleeping just two hours per night. And his relationship with his beloved partner, Michelle Williams, had ended. Tragically, Ledger’s downward spiral would soon lead to his demise.

Officially, Heath Ledger’s cause of death was later attributed to an accidental overdose. But his path to self-medication was complicated, dark, and misunderstood in the mainstream press. 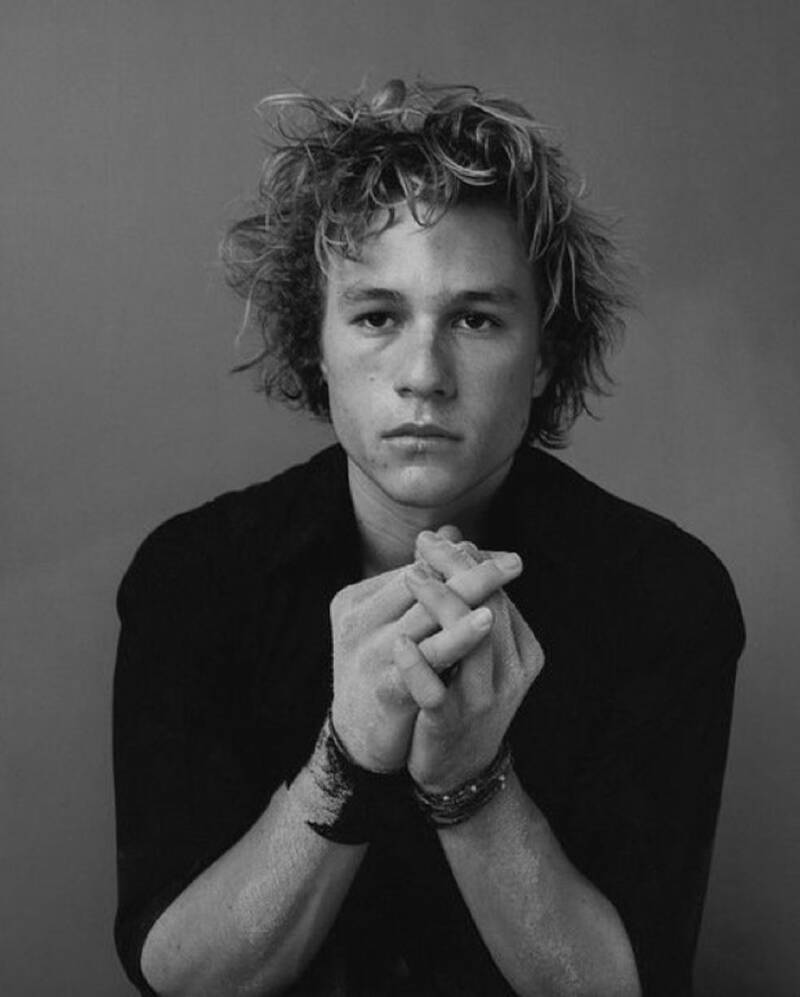 Heath Andrew Ledger was born on April 4, 1979, in Perth, Australia. He seemed destined to be a star. He was just 10 years old when he was cast in the lead role of Peter Pan at a local theater company. From there, things took off.

While he was still in school, Ledger took small roles in a few Australian movies and TV shows. By age 19, he had already made the leap to Los Angeles. Starring in the 1999 film 10 Things I Hate About You, Ledger quickly took Hollywood by storm. And from there, his star power only grew as he snagged roles in films like The Patriot and Monster’s Ball.

By 2005, his star burned even brighter. Ledger’s performance as Ennis Del Mar in the groundbreaking film Brokeback Mountain demonstrated his skill as a serious actor — and stunned audiences and critics alike.

“Mr. Ledger magically and mysteriously disappears beneath the skin of his lean, sinewy character,” raved The New York Times. “It is a great screen performance, as good as the best of Marlon Brando and Sean Penn.”

Ledger would receive an Academy Award nomination for Best Actor for his role in Brokeback Mountain. At 26, he was one of the youngest actors ever nominated. Though Ledger lost the prize, he had already gained another. 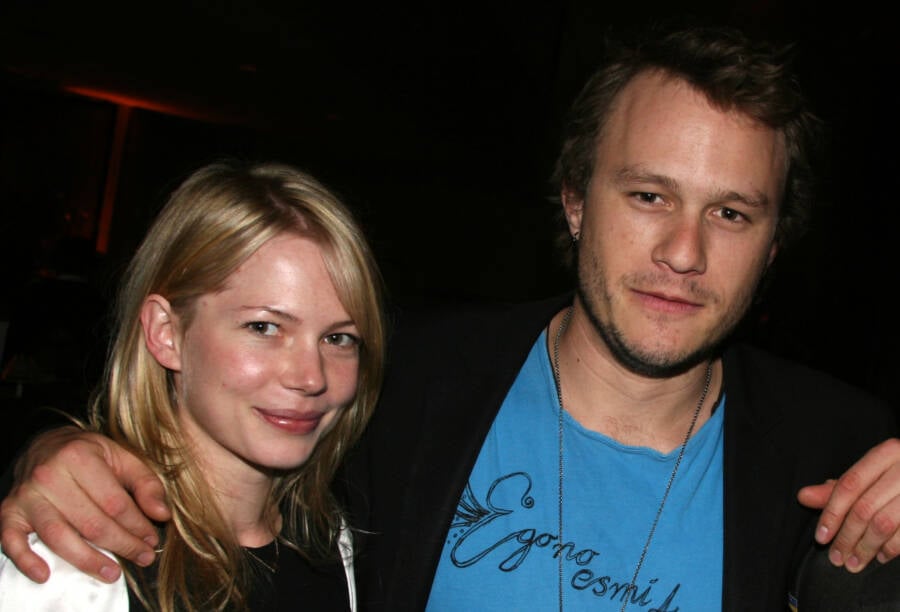 Bruce Glikas/FilmMagicMichelle Williams and Heath Ledger at an after-party for Awake and Sing!

After meeting Michelle Williams on the set of the film, Ledger began a whirlwind relationship with her. The pair later found a place in Brooklyn, New York, and moved in together. They welcomed a daughter in late 2005.

With a sparkling portfolio and a committed partner, Heath Ledger seemed to be a budding superstar in the making. No one could have guessed that his days were numbered.

What Happened To Heath Ledger? 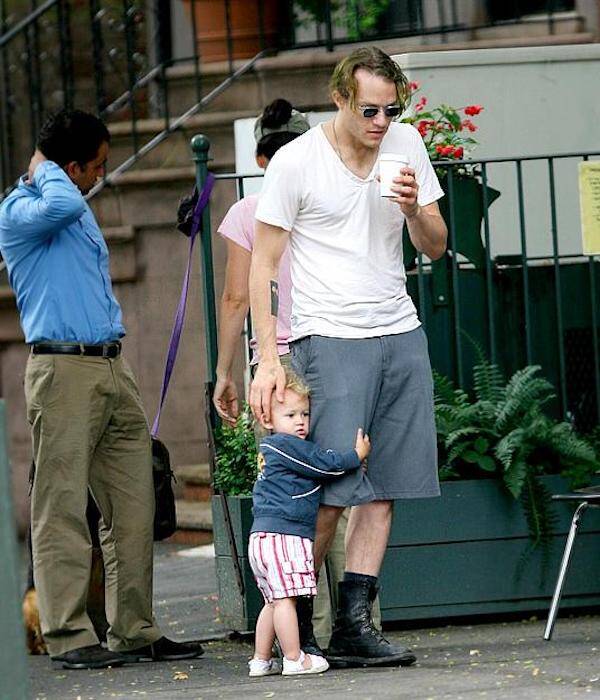 Flickr/teadrinkerHeath Ledger with his young daughter Matilda, pictured shortly before his death.

Heath Ledger’s Oscar nomination for Brokeback Mountain was followed by a remarkable turn in I’m Not There — a movie inspired by Bob Dylan. Even more exciting, Ledger would soon portray the Joker in The Dark Knight.

But behind the scenes, things were far from rosy. By September 2007, Ledger’s relationship with Williams had come to an end. While Williams remained at the couple’s home in Brooklyn, Ledger had moved to Manhattan — where he’d become a favorite subject of New York tabloids.

Though these tabloids often portrayed him as a young, carefree actor who was enjoying parties and hooking up with models, the truth was far darker.

In a New York Times profile — published just a few months before he died — Ledger opened up about the challenges that came with his acting career. Describing his role in I’m Not There, Ledger noted, “I stressed out a little too much,” and admitted that he wasn’t “proud” of his performance.

At the time of the interview, Ledger was in London, wrapping up The Dark Knight. And it was clear that playing the Joker — someone who Ledger described as “a psychopathic, mass-murdering, schizophrenic clown with zero empathy” — could be draining for him. 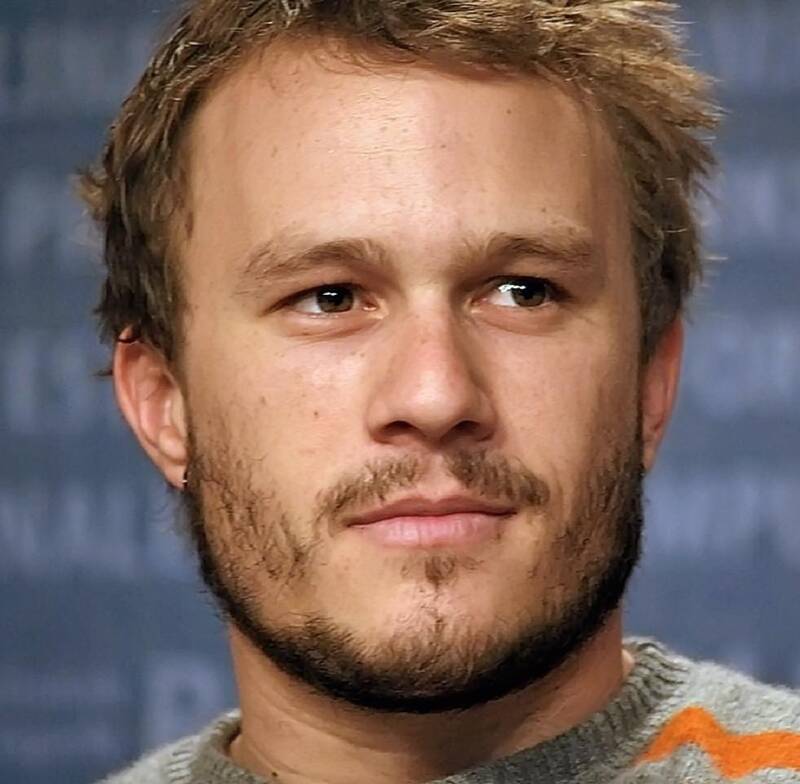 Wikimedia CommonsThe buzz for Heath Ledger’s turn as the Joker was at a high when the actor suddenly died in January 2008.

Making things even more stressful, Ledger had developed an intense process to get into the mindset of the villainous Joker. “I sat around in a hotel room in London for about a month, locked myself away, formed a little diary, and experimented with voices,” Ledger explained in another interview.

In the midst of this intense prep work, Ledger’s insomnia — which he was already struggling with — seemed to get worse and worse.

“Last week I probably slept an average of two hours a night,” Ledger told The New York Times. “I couldn’t stop thinking. My body was exhausted, and my mind was still going.” He went on to describe a night when, desperate for sleep, he took an Ambien. When it didn’t work, Ledger took another — only to wake up an hour later with his mind still racing.

Ledger’s friend and dialect coach Gerry Grennell, who lived with the actor during the final weeks of his life, witnessed the actor’s insomnia firsthand. “I would hear him wandering around the apartment and I’d get up and say, ‘Come on, man, get back to bed, you have to work tomorrow,'” Grennell remembered. “He said, ‘I can’t sleep, man.'”

On the set of The Imaginarium of Doctor Parnassus, Ledger was in such rough shape that his concerned cast-mates claimed that he had a case of “walking pneumonia.” He continued to struggle with sleep — and attempted to self-medicate just to get some rest.

Unsurprisingly, Ledger’s family was concerned about him. Ledger’s father later revealed, “His sister was on the phone to him the night before telling him not to take the prescription medications with the sleeping tablets. He said, ‘Katie, Katie, I’m fine. I know what I’m doing.'”

On January 22, 2008, Ledger was found dead in his New York apartment. His housekeeper reportedly thought he was just sleeping late — since she heard him snoring at 12:30 p.m. But when his masseuse arrived at 2:45 p.m. for an appointment, Ledger did not respond to knocks on his bedroom door.

His housekeeper and masseuse pushed open the door — and found Ledger unconscious and naked on the floor. According to police, neither of them could revive him, and so they called for help. But by that point, it was already too late. Heath Ledger died at the age of 28.

How Did Heath Ledger Die? 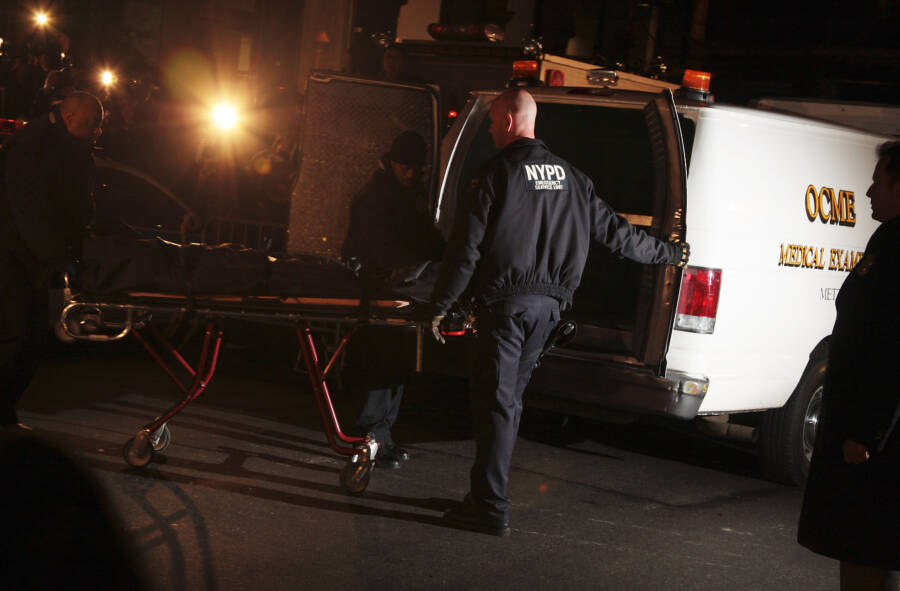 Stephen Lovekin/Getty ImagesHeath Ledger’s body is carried away as fans and police officers look on.

According to the New York City medical examiner’s office, Heath Ledger’s cause of death was an accidental overdose of prescription medications. This fatal cocktail included painkillers, anti-anxiety drugs, and sleeping pills.

Specifically, he died from an “acute intoxication by the combined effects of oxycodone, hydrocodone, diazepam, temazepam, alprazolam, and doxylamine.” According to experts, this combination can cause a person’s brain and brain stem to “fall asleep” — and stop heart and lung function.

Although authorities found that Heath Ledger’s death was accidental, questions arose. It was eventually revealed that Ledger’s masseuse had called actress Mary-Kate Olsen shortly after finding his body. Olsen and Ledger were known to be close friends — but some wondered whether she had supplied him with some of the drugs that killed him.

Suspicion deepened when Olsen refused to cooperate with the Drug Enforcement Administration (DEA) during the investigation — unless she received immunity from any future prosecution. Some also found it strange that the actress had sent private security people to Ledger’s apartment rather than simply calling the police.

“Despite tabloid speculation, Mary-Kate Olsen had nothing whatsoever to do with the drugs found in Heath Ledger’s home or his body, and she does not know where he obtained them,” her lawyer Michael C. Miller said.

Ultimately, prosecutors from the U.S. Attorney’s Office stated that they “don’t believe there’s a viable target” in determining who provided Ledger with painkillers. (As for the anti-anxiety medication and sleeping pills, those had been prescribed legally by doctors in California and Texas.)

To this day, it remains unclear exactly how Ledger got the painkillers that contributed to his death. But for the young actor’s father, the only person to blame was Heath Ledger himself.

“It was totally his fault,” said Kim Ledger, years after his son’s death. “It was no one else’s — he reached for them. He put them in his system. You can’t blame anyone else in that situation. That’s hard to accept because I loved him so much and was so proud of him.”

Heath Ledger’s death at the young age of 28 not only cut a promising acting career short, but also completely devastated his family. His former partner, Michelle Williams, was distraught by the news as well.

“My heart is broken,” Williams said in the weeks after Ledger died. “His family and I watch Matilda as she whispers to trees, hugs animals, and takes steps two at a time, and we know that he is still with us. She will be brought up in the best memories of him.”

After learning about the tragic death of Heath Ledger, read about the mysterious death of Marilyn Monroe. Then, learn about the strange and sudden death of James Dean.