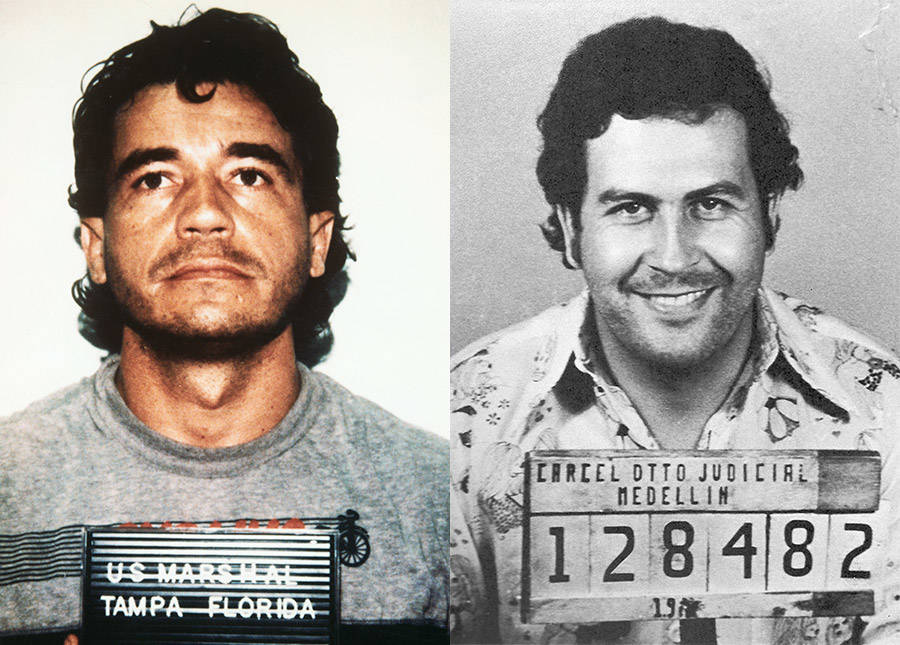 Carlos Lehder rose from a petty criminal to become one of the major players in the Medellin Cartel. Compared to Pablo Escobar, he is one of the lesser known members of the cartel, but if it was not for him, the cartel’s cocaine smuggling may never have really got off the ground.

Before Lehder, the Medellin cartel smuggled cocaine into the United States with drug mules on commercial flights. In the mid-1970s, Lehder introduced the use of small aircraft flying at low altitudes to smuggle far larger quantities of the white powder across borders.

Despite the exponential gains in drug money for the cartel and earning billions himself, his real mission was to lead a Neo-Nazi government in Colombia. He was a vocal anti-Semite and Holocaust denier, and considered Adolf Hitler a genius. 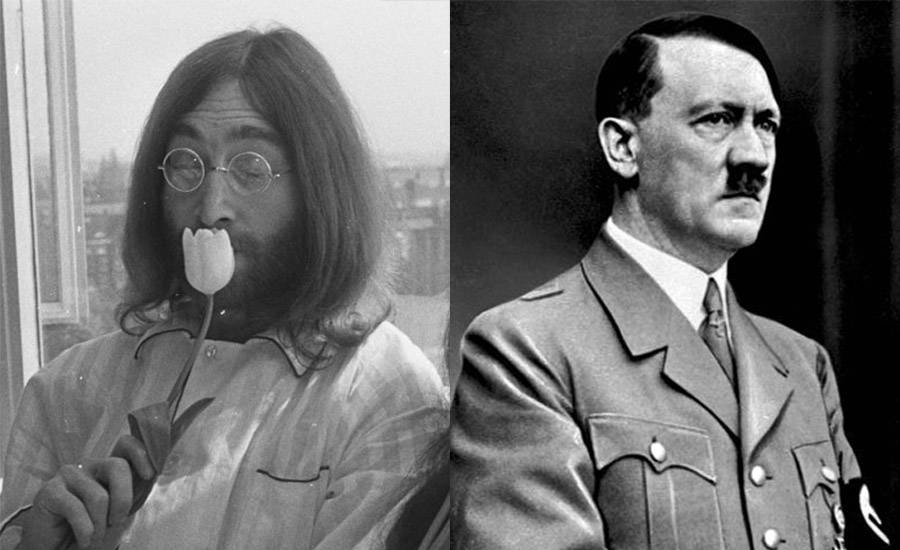 At the same time, Lehder also idolized Beatle John Lennon. An odd pairing, but Lennon was a vocal anti-war activist against the United States, and Lehder hated the United States. In fact, he saw cocaine not just as a product, but as a weapon that could destroy the United States by causing chaos and disrupting the political system.

Lehder, who is half-German and half-Colombian, was born in 1949 in Armenia, Colombia. His father, Wilhelm, was a supporter of the Nazis and left Germany for rural Colombia before the start of World War II. This raised a red flag with the U.S. Embassy in Colombia who added him to their watch list during the war, an issue that may have raised early hatred in Lehder for America.

The Rise Of Carlos Lehder 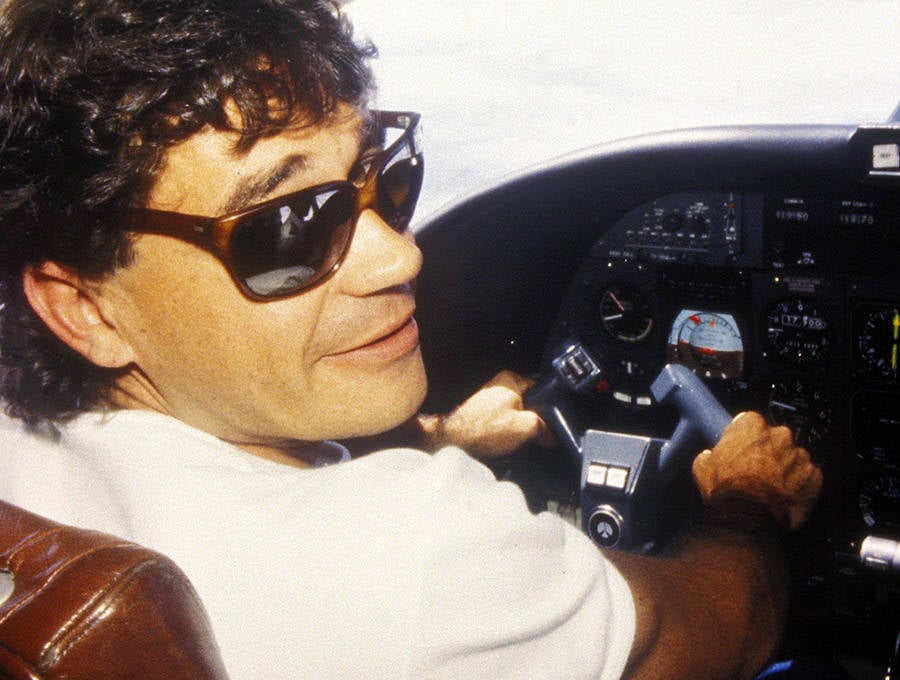 At 15, Lehder emigrated to New York and it wasn’t long before he was involved in petty crime. In 1973, he began a two-year sentence in a federal prison in Danbury, Connecticut, for smuggling 200 pounds of marijuana in the trunk of a stolen car. There he became cellmates with the drug dealer, George Jung.

Jung, who’s drug dealing days are portrayed in the movie Blow, told PBS that Carlos Lehder guided him into the cocaine business:

“I said, ‘Why don’t you tell me about [the cocaine business].’ And he said, ‘Did you know it sells for $U.S.60,000.00 a kilo in the United States?’” Jung added that a “cash register started ringing up in my head,” and after the pair’s release in the late 1970s, they basically revolutionized the smuggling of cocaine by bringing it into the southeastern U.S. from Colombia by the planeload.

Soon they were working with Escobar and other drug lords out of Medellin. Lehder and Jung handled transportation and distribution, while Escobar took care of production from his Colombian labs. Lehder and Jung’s initial route went through Nassau in the Bahamas, where they paid off corrupt Bahamian officials.

But Lehder wanted to find a more isolated area without limits from authorities, which he found with the purchase of Norman’s Cay, about 210 miles southeast of Miami. The island became the midpoint in the transport route to Florida. It also became a base of operations for Lehder and private getaway for drug-fuelled parties.

The island became his private domain. “Lehder started to develop kind of like a neo-Nazi group there, that would protect the planeloads of coke and intimidate the people that lived there,” said Mike Vigil, a former chief of international operations for the DEA to Business Insider.

“He spent untold hours plotting a political career, aiming at the Colombian presidency. As his goals expanded, so did his fascination with Nazism; after all, Hitler’s goal was to take over the world, and it was the same with Lehder,” said Tamara Inscoe-Johnson, a journalist and author of Norman’s Cay: The True Story of Carlos Lehder and the Medellin Cartel.

By this time, Lehder had forced Jung out of the operation. From 1978 to 1980, the island became the Caribbean’s principal hub for smuggling cocaine.

But Lehder started to become more visible, even taunting the DEA by dropping leaflets on the Bahamas which said, “Go home DEA.” The DEA raided Norman’s Cay in 1980 and Lehder fled to Colombia. Though Lehder’s plane-based smuggling operation had made the Medellin cartel a fortune, his actions would soon cause a rift with Escobar.

The Fall Of Carlos Lehder 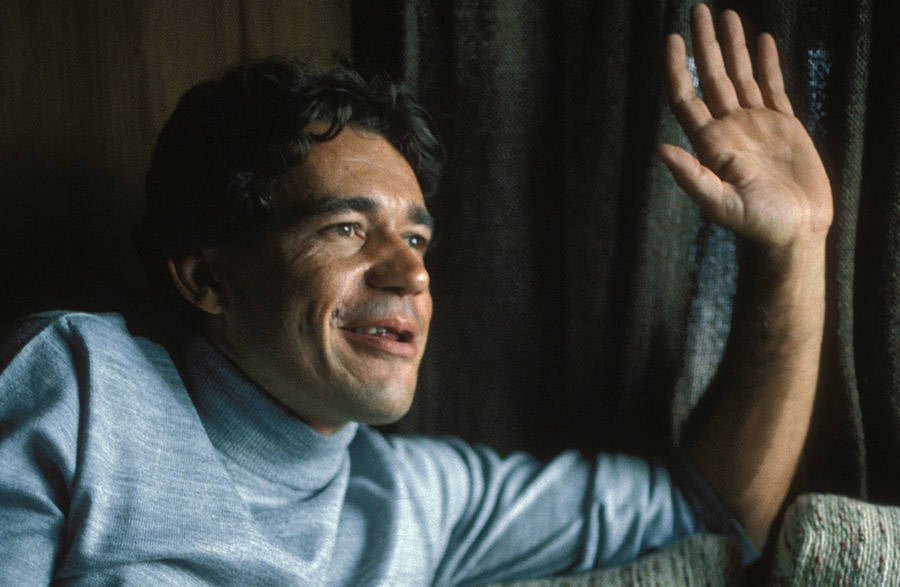 He relocated to his hometown Armenia, where on his newly acquired property he erected a statue to John Lennon. In 1982, he entered the political scene in Qundio, which mirrored Escobar’s run for office in Antioquia. He formed a neo-Nazi Party called the National Latin Movement, which apart from wanting to set up a neo-Nazi government in Colombia, took aim at Colombia’s extradition treaty.

He held press conferences and pages appeared in Colombian newspapers denouncing the treaty. He publicly championed Hitler and denounced American interference south of the border in Latin America.

His antics were fast gaining unwanted attention from authorities. The Colombian National Police raided a property where they found millions of U.S. dollars, along with wall-to-wall Hitler photographs and memorabilia.

His fate was sealed when he killed one of Escobar’s sicarios (assassins) at a party at Hacienda Napoles. This was the last straw for Escobar, who was close to his assassins, as they were to him. Lehder had become a liability to Escobar. Allegedly, Escobar gave up Lehder’s location to Colombian authorities and on February 4, 1987, Lehder became the first to be extradited under the treaty between Colombia and the U.S.

From his federal prison cell in Marion, Illinois, Lehder’s attempt to broker a deal with U.S. authorities failed, after his so-called information on Escobar was deemed worthless since his split with the drug kingpin in the mid-1980s. In 1988, Lehder was imprisoned for life without parole plus 135 years.

However, he did prove useful with testimony on one of Escobar’s smuggling partners, former Panamanian dictator Manuel Noreiga, which led to a reduced sentence. Still, Lehder is not happy stating the U.S. should have freed him by now according to the deal he struck with them. He has petitioned to the Colombian President Juan Manuel Santos to repatriate him back to Colombia so he can die in his homeland.

As of now, Lehder is still in the United States serving his reduced sentence of 55 years.

After learning about Carlos Lehder, meet John Jairo Velasquez, Pablo Escobar’s top hitman who killed over 250 people. Then, take a look at these rare photos of Pablo Escobar that take you inside the life of the kingpin.