Researchers Finally Uncover What Wiped Out The Mayan Civilization

The study's analysis revealed that a huge decrease in annual rainfall and a drop in humidity contributed to the drought that ended Mayan civilization.

Laslovarga/Wikimedia CommonsTikal, an ancient Mayan city that dates from 800 B.C. to 900 A.D.

Many theories have been explored to try and explain the collapse of the Maya civilization. For years, evidence trying to prove these theories had been inconclusive – until now.

The Maya Empire, located in what is now present-day Guatemala, was a cultural epicenter that excelled at agriculture, pottery, writing, and mathematics. They reached their peak of power in the sixth century A.D., however, by 900 A.D. most of their great cities were abandoned.

For centuries researchers have tried to discover exactly how this great civilization could have fallen apart so quickly. A new report in Science, released on August 3, has finally given quantifiable evidence confirming the most widely-believed theory to explain how the Mayan civilization met its end: drought.

The key to unlocking the mystery ended up being located in Lake Chichancanab on the Yucatan Peninsula. For the report, researchers examined oxygen and hydrogen isotopes in sediment from the lake, which was close enough to the heart of Mayan civilization to provide an accurate sample of the climate.

For the report, Nicholas Evans, a Cambridge University research student and co-author of the paper, measured the isotopic composition of water found in the lake’s sediment to quantify exactly how much precipitation rates fell during the end of the Mayan civilization.

According to the Washington Post, analyzing sediment cores is a common practice for discovering information about the past. Scientists are able to inspect the dirt, layer by layer, and record the information found in the soil to construct an accurate timeline of the past conditions.

After examining the sediments samples, Evans, along with his team of researchers, concluded that annual rainfall levels declined 41 to 54 percent in the area surrounding the lake for several long periods over roughly 400 years, according to IFLScience.

The report also revealed that humidity in the area dropped by 2 to 7 percent. These two factors combined to had a devastating effect on the civilization’s agriculture production.

Because these drought conditions occurred frequently over hundreds of years, the civilization must not have been able to build up food reserves enough to make up for the drop in agricultural production, eventually leading to their demise. 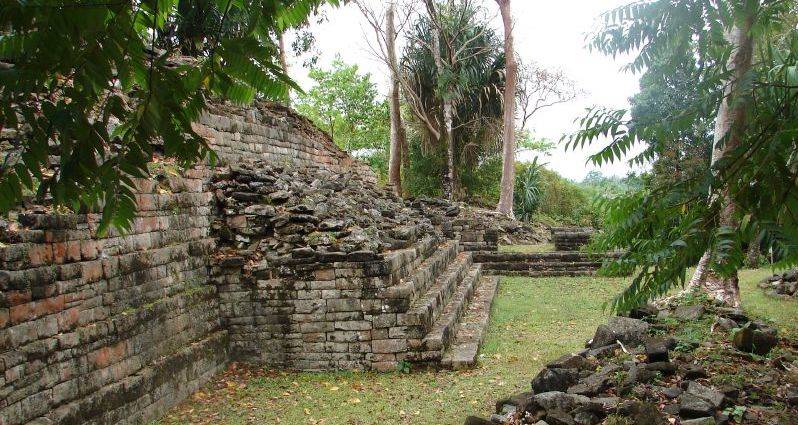 Even though this paper ties up some loose ends surrounding the Mayan people, some big unanswered questions still remain, like what precisely brought on this massive and sustained drought?

A previous study showed that the Mayan’s deforestation could have contributed to the dry conditions, decreasing the moisture of the area and destabilizing the soil.

Evans said that the drought could have also been caused by changes to the atmospheric circulation and a decline in tropical cyclone frequency.

Matthew Lachinet, a professor in geosciences at the University of Nevada at Las Vegas, who was not involved in the study, told the Washington Post that this study is impactful because it offers insights into how humans can change the climate around them.

“Humans are affecting climate,” Lachinet said. “We’re making it warmer and it’s projected to become drier in Central America. What we could end up with is double-whammy of drought. If you coincide drying from natural causes with drying from human causes, then it amplified the strength of that drought.”

Despite these new findings, there is still much to learn about the collapse of Mayan civilization.

Next, read about the lost Mayan “Megalopolis” uncovered in the jungles of Guatemala. Then, check out these Mayan child sacrifices who were found buried with “supernatural stones.”