Art or abuse? Check out this French artist's caddis fly craftsmanship and decide for yourself. 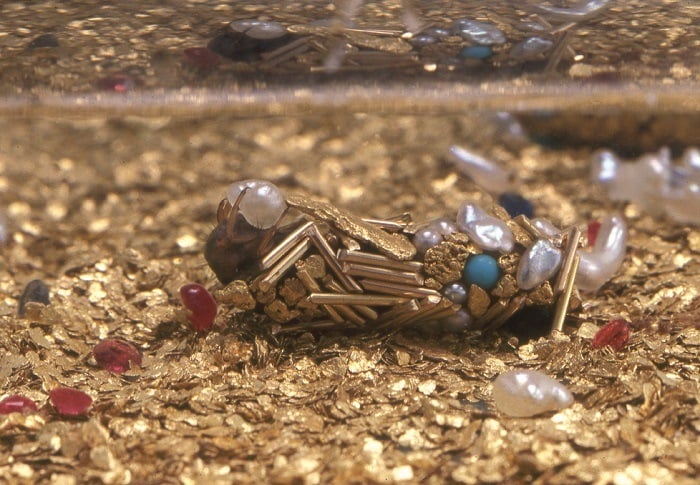 While collaborations between artists are commonplace, to think of an artist working alongside insects is truly bizarre…except if your name is Herbert Duprat. The French artist knew of caddis flies and their larvae from an early age, but it wasn’t until he was about twenty that he considered using them to create art. Now, Duprat “collaborates” with the caddis fly larvae to create striking jewelry and art pieces, blending the lines between man, nature, and artistic intention. 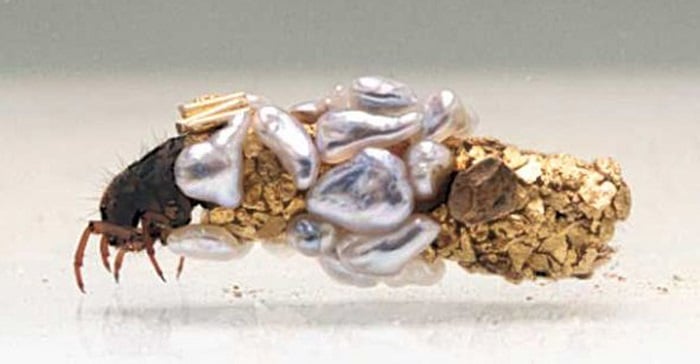 After observing prospectors panning for gold in southwestern France in the 1980’s, Duprat began incorporating caddis fly larvae into his artistic process. Caddis flies are moth-like insects that live near streams, ponds, and rivers. Caddis fly larvae grow exclusively in the water, where they protect their bodies by creating cases, or sheaths, spun from silk excreted by salivary glands near the mouth. 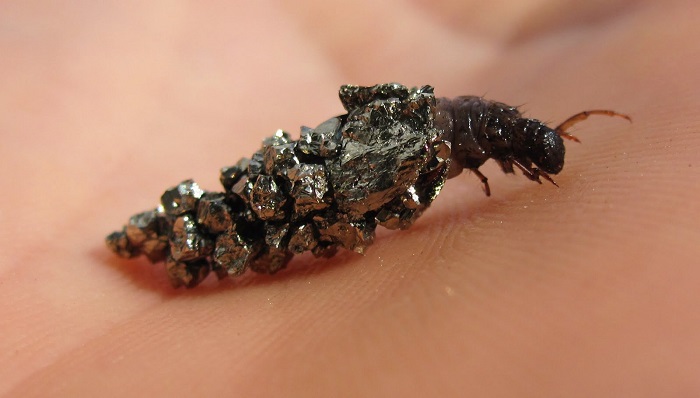 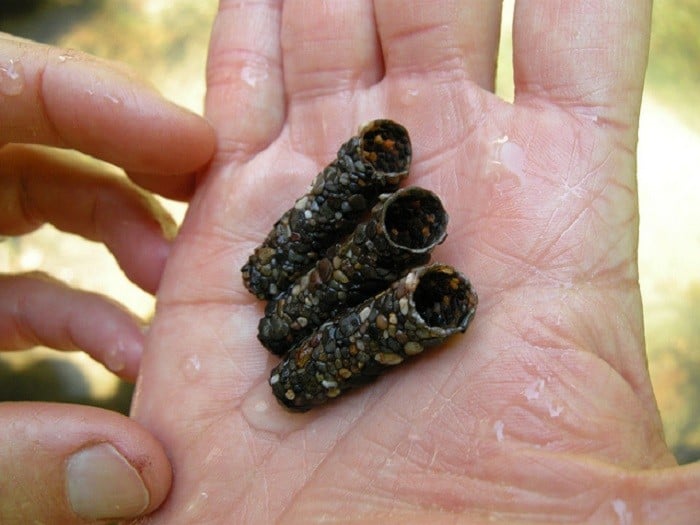 Caddis fly larvae also implement additional substances into their case, such as grains of sand, minerals, twigs, bits of crustacean shell, or other materials found in their habitat. Once the larvae are fully developed, the pupal caddis chew through their sheath, swim to the surface of the water, and emerge as adult caddis flies. 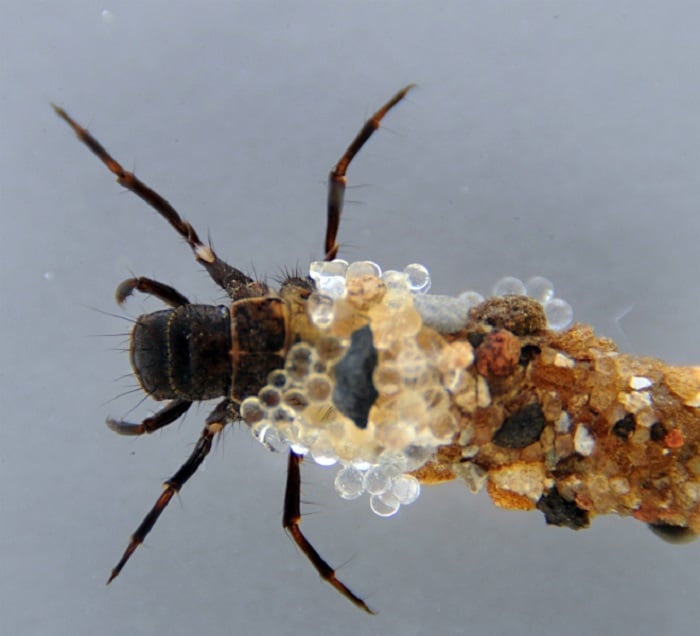 To create his caddis fly collaborations, Duprat collects larvae from their natural environment and relocates them to a climate-controlled tank. He then removes their cases and stocks the tanks with precious and semi-precious materials. Originally, Duprat let the caddis fly larvae build with gold spangles, but he has since incorporated turquoise, rubies, opals, lapis lazuli and coral, pearls, sapphires, and diamonds. 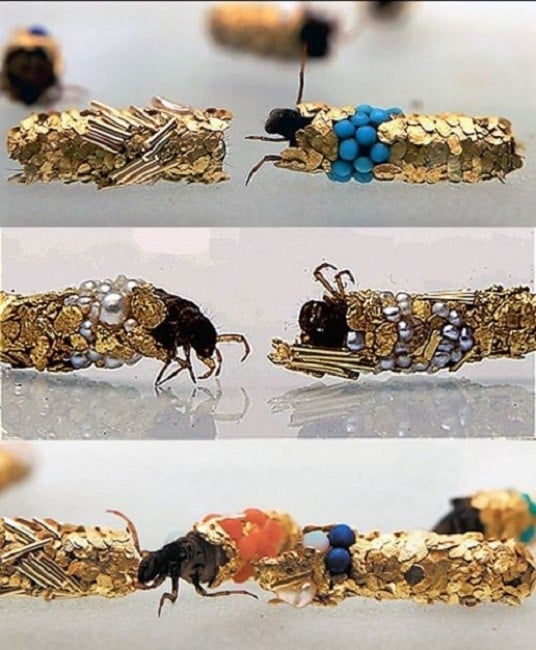 Source: Strange Or What

While Duprat controls the type of materials placed in the tanks, the larvae have artistic control over which pieces they actually accept for their sheath. The larvae then attach the materials together using the silk to adhere as they would do in the wild. Over the years, Duprat has discovered ways to manipulate the larvae’s behavior, though ultimate control still belongs to the small insects. 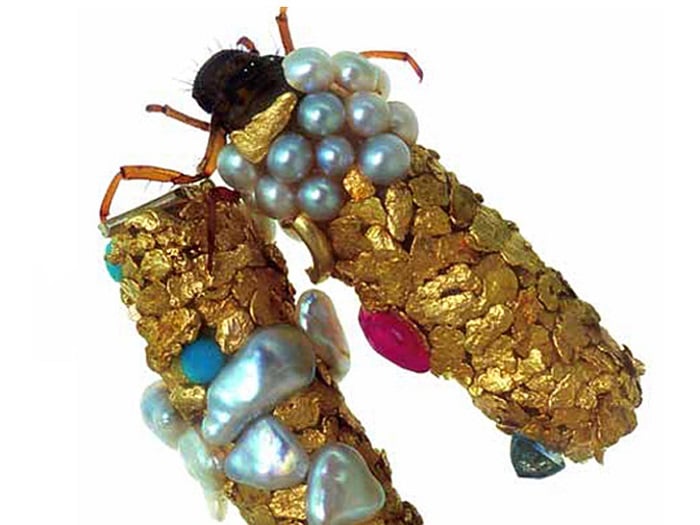 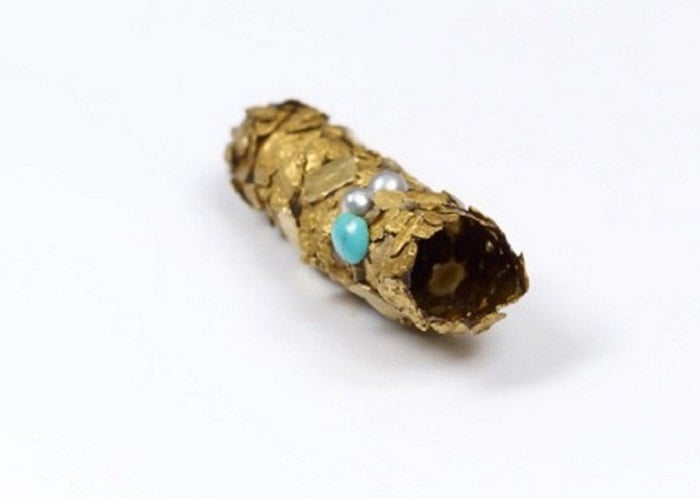 Source: I Lobo You

Regarding the caddis fly larvae, Duprat has said, “I am playing a bad trick on them… I feel as if I am exploiting my workers… It is their work as much as it is mine.” Such comments have led to some backlash from critics who claim that his methods are similar to animal abuse, and that he plays no role in creating the pieces. Still, Duprat’s ingenuity has begun a conversation among artists, critics and viewers about how to define art that blends the lines between humans and nature.

Check out this video of Duprat discussing his art (he discusses the caddis fly at 2:35):