Hubert and Kalisa spent more than six years together and the zoo even made them a part of its Valentine's Day celebrations. 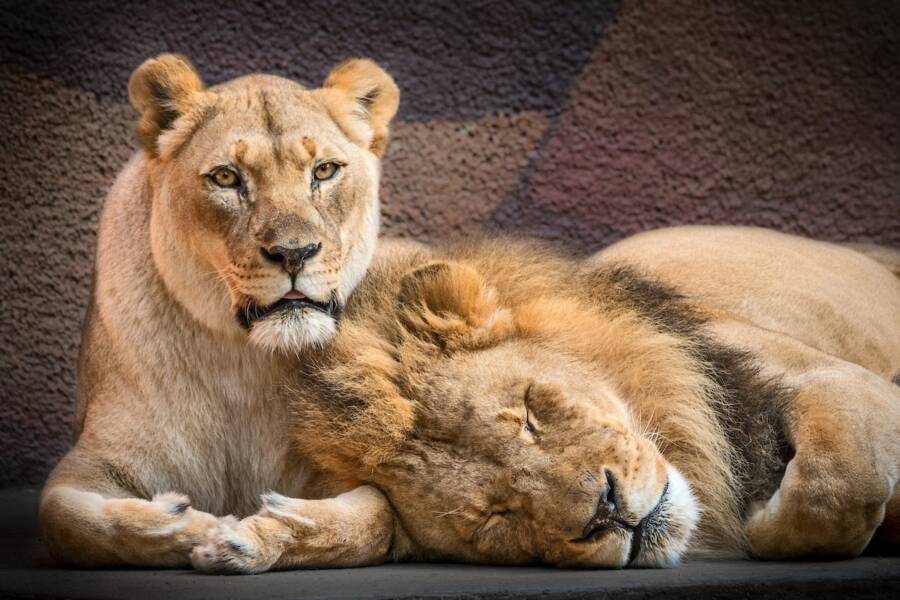 Los Angeles Zoo and Botanical Garden/FacebookKalisa and Hubert were known to be ‘inseperable’ during their years as mates in captivity.

Strong bonds between individual animals have astounded humans for as long as we can remember, leading us to believe that animals harbor emotional intelligence just like us.

For folks at the Los Angeles Zoo, there was no bond stronger than the one between Hubert and Kalisa, an elderly African lion couple that had been at the facility for six years. The two were described by zookeepers as “inseparable,” devoted to each other despite having never borne offspring together.

Hubert and Kalisa’s life together ended on July 30, 2020. According to a report by CNN, the zoo decided to euthanize the iconic lion couple due to health issues suffered by both aging lions. The facility shared the sad news on its official Facebook page with photos of the big cats during their most affectionate moments.

Kalisa was born on Dec. 26, 1998, at the Woodland Park Zoo in Seattle. Hubert, meanwhile, was born on Feb. 7, 1999 — just two months younger than his would-be life mate — at Chicago’s Lincoln Park Zoo. When Hubert was brought to Woodland Park, the two became an inseparable item.

In 2014, the couple was transferred to the LA Zoo where they spent the last six years together.

It is with a heavy heart that we announce the loss of our African lion pair, Hubert and Kalisa. Animal care and health…

Interestingly enough, Hubert had fathered 10 cubs before he was paired with Kalisa. Although they were fiercely loyal to each other, for some reason the two lions never produced cubs together. Still, their lack of offspring did little to diminish their status as the L.A. Zoo’s most popular duo.

“In the early mornings, staff would routinely hear Hubert’s waking roars, and I will personally miss hearing them on my walks around the grounds,” Alisa Behar, curator of mammals at the L.A. Zoo, remarked on the lion couple’s passing.

“You cannot think of Hubert without thinking of his companion, Kalisa; they’ve been an inseparable couple for years,” Behar added, “I have to commend our animal care and veterinary staff for the great care they’ve given this pair, a couple who lived longer than most lions do in human care and the wild.”

Indeed, at the time of their death, both lions were 21 years old, incredible longevity for lions held in captivity who typically survive up to 17 years on average.

African lions are a native species to the savannas and semi-deserts in the territory between the south of the Sahara Desert toward South Africa.

These majestic animals may seem ferocious yet their populations have suffered a significant decline in the wild. The IUCN Red List has categorized African lions as a vulnerable species.

The African lion’s precarious conservation status is largely attributed to a combination of factors, largely over-hunting by humans and black market trade as well as their shrinking natural habitat. 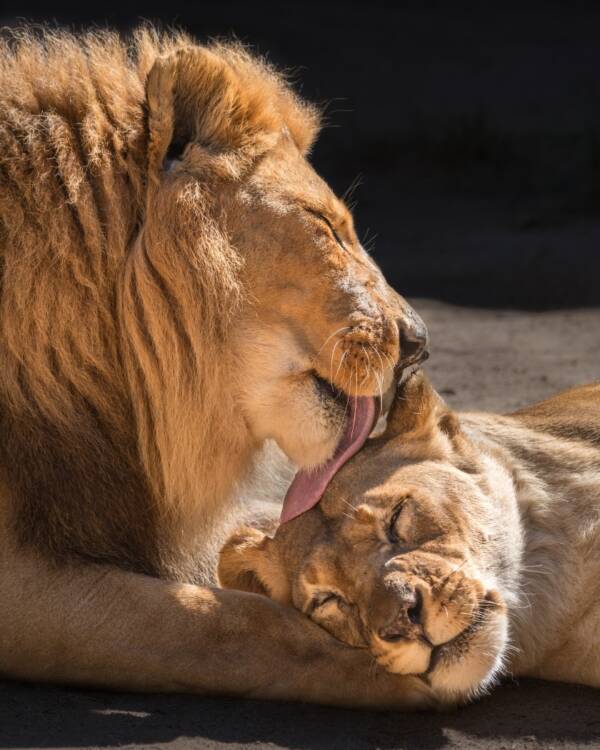 Los Angeles Zoo and Botanical Garden/FacebookThe pair were euthanized together in July 2020 as their health had deteriorated due to old age.

Notorious lion breeding farms present a huge obstacle to conservation. At these farms, lions are reportedly bred in unnatural and inhumane conditions to be harvested for body parts and sold to international customers.

Hubert and Kalisa, fortunately enough, lived a long life together in the safe, albeit enclosed, habitat of the zoos where they became symbols of loyalty and love to visitors.

“Hubert and Kalisa are an iconic part of the L.A. Zoo experience, and our staff and guests have been touched by their loyal companionship,” said Denise Verret, the director of the L.A. Zoo, in a statement included on the zoo’s announcement of the pair’s passing.

“It was often said, you don’t see Kalisa without Hubert being close by. So, while it is truly heart-wrenching that we had to say goodbye to this iconic pair, we can take comfort in knowing they left together. These lions will remain a positive part of our history, and they will be greatly missed.”

Next, read about the lions that killed and ate a suspected poacher — and left only his head and learn about the African elephant that killed a big game hunter by crushing him underneath its giant body.