"It was shocking. We couldn’t believe what was happening. You could smell the blood. The lions got shot in the camp and then were all brought into this one room. The flies were terrible." 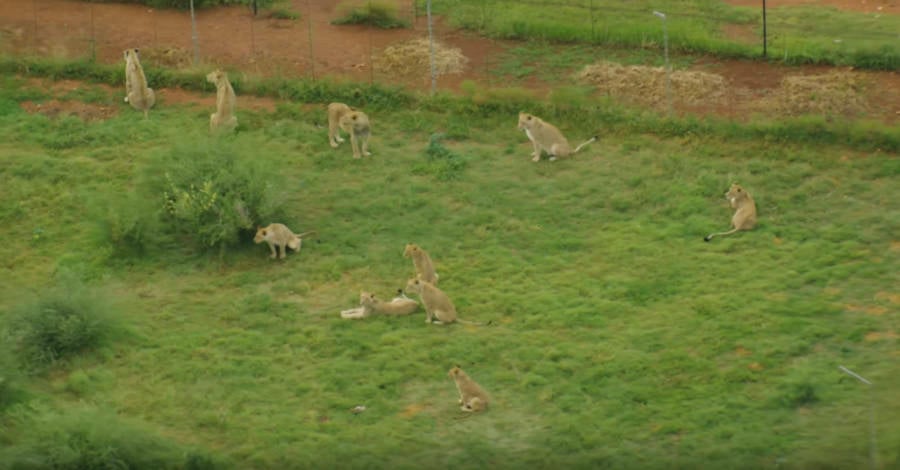 Screengrab/Lord Ashcroft and WildlifeA South African “lion farm.” These caged animals have nowhere to roam and nothing to hunt.

South Africa’s pastures have been a longstanding battleground for poachers, trophy hunters, and the conservationists urging against the business of killing animals. This issue is now in the news again thanks to an exposé of one “lion farm” revealing the horrors that took place inside, including 54 lions killed for their bones within just two days.

According to The New Zealand Herald, South Africa’s lion breeding industry sells large amounts of lion bones to international customers, especially in East Asia. And the Wag-’n-Bietjie “farm” 20 miles outside Bloemfontein, for instance, was recently found to be more of a slaughterhouse.

When Society for the Prevention of Cruelty to Animals senior inspector Reinet Meyer saw the minuscule cages, horrid conditions, and evidence of wanton death — she realized that even her lowest expectations hadn’t prepared her for what she was now witnessing. These lions were waiting to die and have their remains sold off. 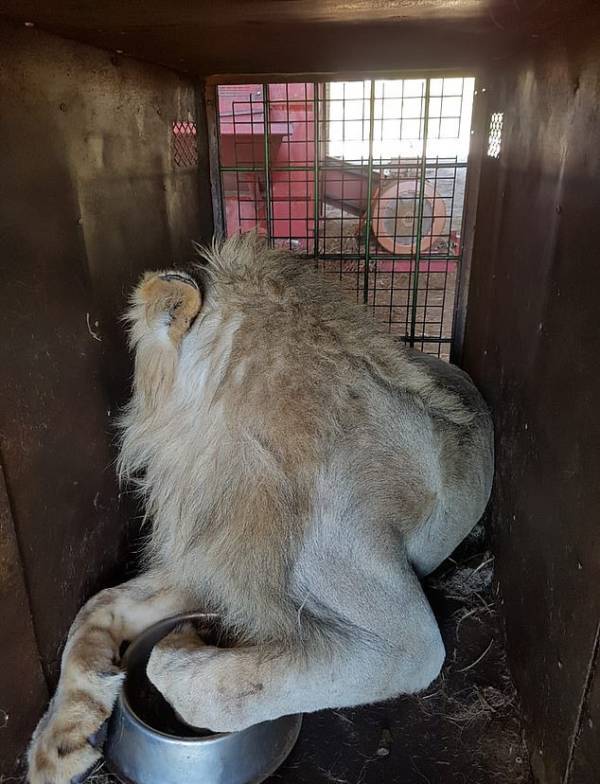 Lord AshcroftOne of the two lions kept in a steel transport cage without food or water for three days.

While one rare white lion named Mufasa was on the verge of being auctioned off to trophy hunters due to his infertility and subsequent lack of breeding potential in November, he was saved by a U.S. donor earlier this year. But the 50-plus lions in South Africa, unfortunately, weren’t as lucky.

When Meyer arrived at the farm, she found a shockingly bloody slaughterhouse instead. Lions — or rather, their bloody carcasses — were being stripped of their skin and flesh, their remains left out in macabre piles. 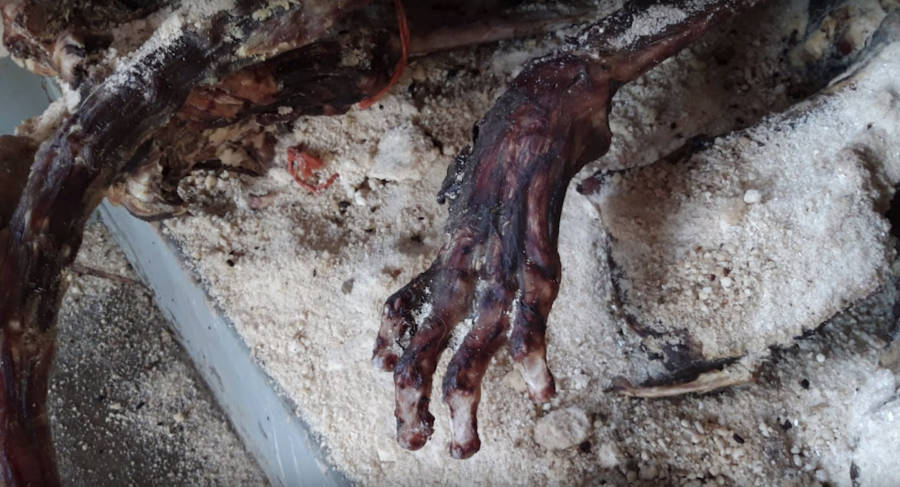 Screengrab/Lord Ashcroft and WildlifeThe skinned paw of a lion killed at a lion farm.

“It was shocking,” Meyer recalled. “We couldn’t believe what was happening. You could smell the blood. The lions got shot in the camp and then were all brought into this one room. The flies were terrible.”

Most of the photographs investigators took at the site are simply too gruesome to publish. The dead kings of the jungle — some already skinned, some awaiting having their skin ripped off — were piled up on a blood-stained floor. Their guts and various innards were stacked nearby. Other miscellaneous organs, body parts, and bones — essentially those that aren’t in profitable demand — were simply stuffed into garbage bags outside. 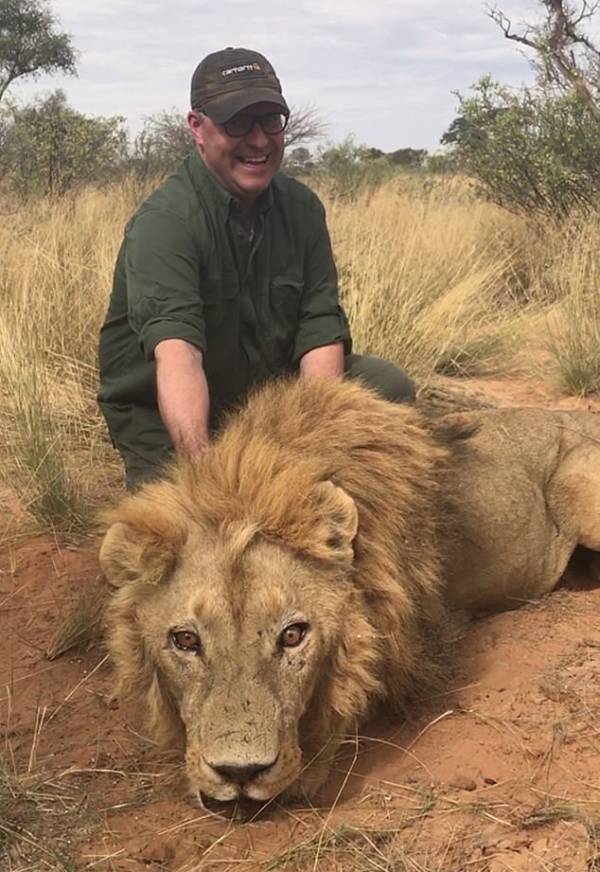 Unfortunately, the lions still alive and awaiting their turn weren’t treated any better. Some 200 yards from this grisly scene was another disconcerting site: Two lions, left without food or water for three entire days, were stuck inside steel transport crates that were so small that these animals couldn’t even stand up or turn around.

At first, Meyer assumed one of them was dead. But he simply wasn’t able to move or didn’t care to.

“The lion was so depressed that it did not move at all,” she said. “It was totally disgusting that they were kept like this. A lion is a wild animal, it wants its freedom but now it’s kept in a small cage for three days. It’s absolutely deplorable.”

That day’s discoveries — the carnage, the indifference, the fact that 54 majestic creatures were killed in a two-day period — were almost insurmountably difficult for the senior inspector to witness.

First, the lions were shot with a tranquilizer gun. Then, they were shot with a .22-caliber rile. In order not to jeopardize their hard-earned profits, workers shot the animals through the ear and straight into the brains. Buyers won’t pay for damaged skulls, of course. 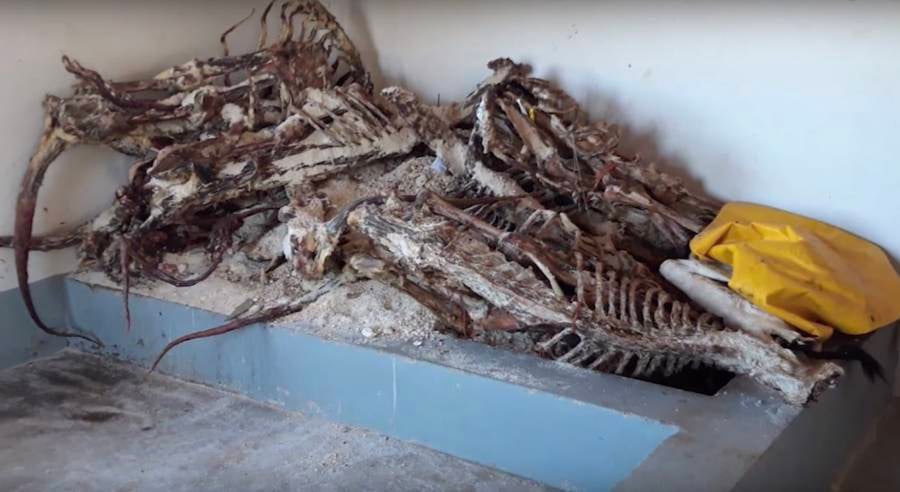 Lord AshcroftA pile of carcasses, bones, and whatever valuable remains were left of the butchered lions.

While not confirmed, it’s believed that some of these lions were transported nearly 250 miles from a safari park near Johannesburg. Unfortunately for them, this particular farm is licensed to slaughter lions. Owned by breeder Andre Steyn, this business largely sells their bones to East Asian buyers.

South Africa has a cap of exporting 800 captive-bred lion skeletons per year. Naturally, that limit is commonly believed to be exceeded. Wag-’n-Bietjie, meanwhile, described itself as an “eco-farm” and even has the gall to claim it puts “nature first.”

Meyer’s experience at this purportedly wholesome farm that cherishes animals, of course, was in fact a gruesome one.

“For me, a lion is a stately animal, a kingly animal,” she said. “Here he is butchered for people just to make money, it’s absolutely disgusting.” 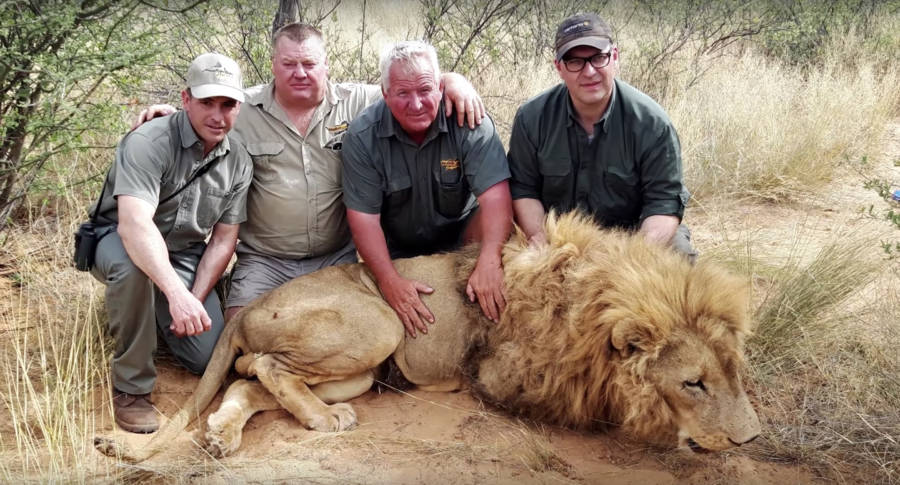 Screengrab/Lord Ashcroft and WildlifeTrophy hunting like that pictured above is big business in South Africa and is often used as a financial incentive to fund conservation.

As it stands, Steyn and his foreman Johan van Dyke are actually facing numerous charges related to the discoveries in the new report. Keeping the two lions trapped in small steel cages has earned them animal welfare charges, while the killing methods and gruesome conditions may garner them additional charges.

As a former council member of the South African Predator Association, it may have come as a surprise to Steyn that his activities would result in such consequences. Unfortunately for him, the farm’s permits are currently revoked — while Steyn and Van Dyke are headed to court. 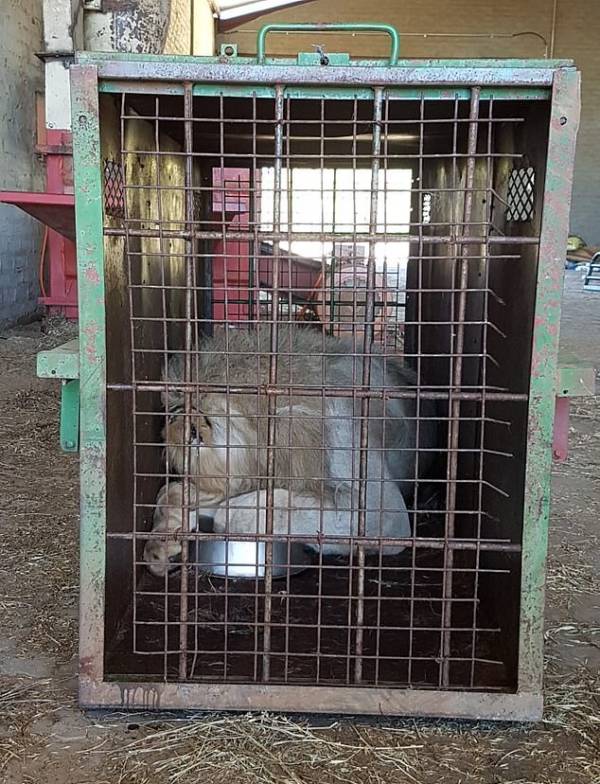 Lord AshcroftA trapped lion, waiting to be killed, skinned, and sold to the highest bidder.

For the 246 lions found at the so-called farm, 100 of them were designated to be killed. More half of those, tragically, have already met their end as such. Hopefully, any and all survivors will eventually be liberated from these horrid conditions and once again be allowed to roam the plains.

Next, read about the lions who killed and ate a suspected poacher, leaving behind only his head. Then, learn about the African elephant who killed a big game hunter by falling on top of him.