Mufasa, A Rare White Lion In South Africa, Is In Danger Of Being Auctioned Off To Trophy Hunters

The South African government wants to auction off a white lion named Mufasa because they deem him worthless to everyone but trophy hunters. 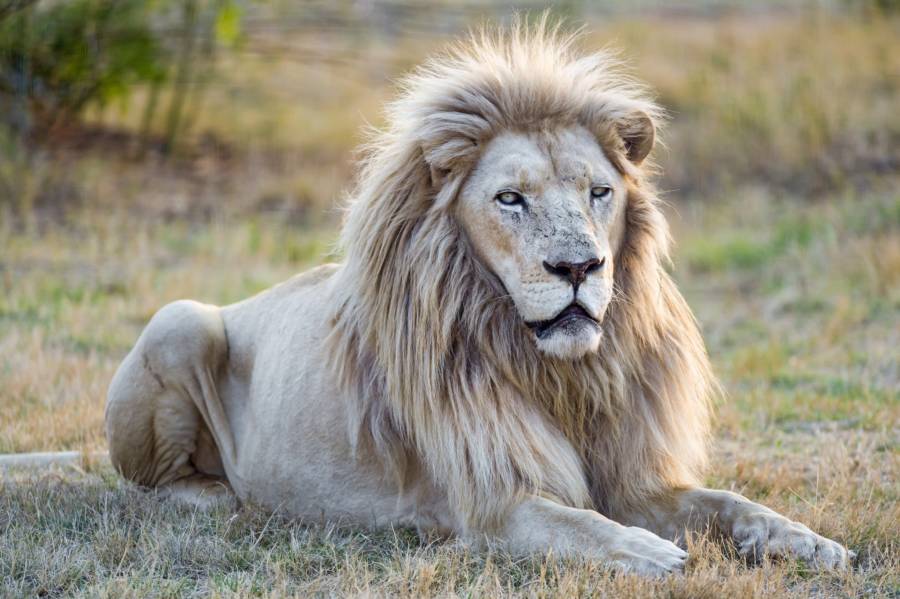 A rare white lion is set to be auctioned off in South Africa to trophy hunters, despite a massive campaign to have it moved to a sanctuary to save it from getting killed.

The big cat named Mufasa is reportedly not worth anything to breeders because it is sterile after having a vasectomy, rendering him unable to procreate.

Mufasa was reportedly confiscated with another baby lion called Soraya by authorities three years ago. South African officials have said that because Mufasa is infertile, the only substantial value he has is to be bought by a hunting company.

White lions are incredibly rare. There are less than 300 white lions living today, with 13 of them living in the wild. Conversationalists naturally watch activity related to white lions very closely and advocate against their murder.

A petition that has surfaced on the site Care2 is urging the South African government to move Mufasa to a sanctuary to spare him from getting killed by trophy hunters.

The petition states: “Nature conservation officials refused permission for Mufasa to be relocated to a sanctuary, who offered to care for both Mufasa and Suraya for their natural lives, free of charge. Instead, the rehab centre was told telephonically that Mufasa will be auctioned to raise funds for the department.” 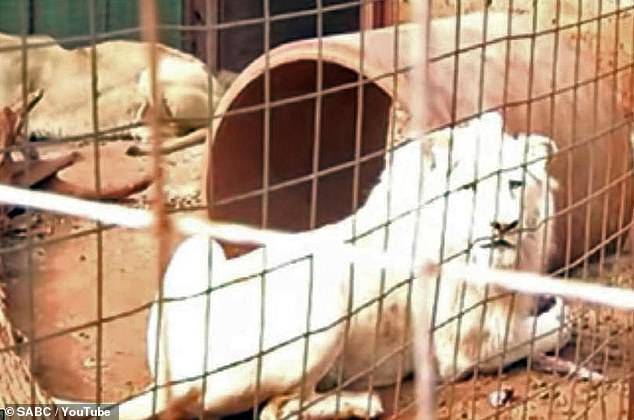 So far the petition has garnered more than 200,000 signatures. But despite this effort, it looks like the government will continue with their plan to auction Mufasa off.

Wildlife sanctuary Wild for Life, where Mufasa and Suraya have been living for the past three years, is raising money to take this matter to court. They are fighting to keep both lions under their care and away from trophy hunters.

Wild for Life has stated: “In the last few weeks we have seen and read extensively about what happens to lions in the industry. Mufasa has had a vasectomy and cannot be bred with. This means there is only one of two options left.”

Apparently one of those two options is to sell Mufasa off to trophy hunters, which the government has said they will do.

NBC NewsMufasa and another lion.

The center also fears his buyer could be a lion bone company, which slaughter lions to sell their bones and other body parts to illegal wildlife traders in Asia.

“The number of lion hunters are down and lions have been killed in high numbers for their bones to be exported to the East,” Wild for Life said. The sanctuary has reportedly contacted South African authorities and asked that they be allowed to move Mufasa back into their care.

But authorities turned Wild for Life’s request down.

“Nature conservation officials refused permission for Mufasa to be relocated to a sanctuary, who offered to care for both Mufasa and Suraya for their natural lives, free of charge,” said Wild for Life in a letter to South Africa’s Minister of Environmental Affairs.

The Mirror reports that the sanctuary has raised more than £6,000 (or approximately $7,700) thus far. it’s unclear when they plan to file a lawsuit against the South African government, but clearly their plans to do so will come to fruition in the near future.

Next, check out this story about a lion that killed its alleged poachers, leaving them decapitated. Then, read this roundup about every time an animal got its revenge against poachers.