Port Royal Was Hailed The 17th-Century Sodom, Until Divine Intervention Destroyed It

Port Royal was called the "wickedest city on earth"; a den of pirates, prostitutes, and slavers unlike any the world had ever known. When it was destroyed in 1692, most chalked it up to divine wrath. 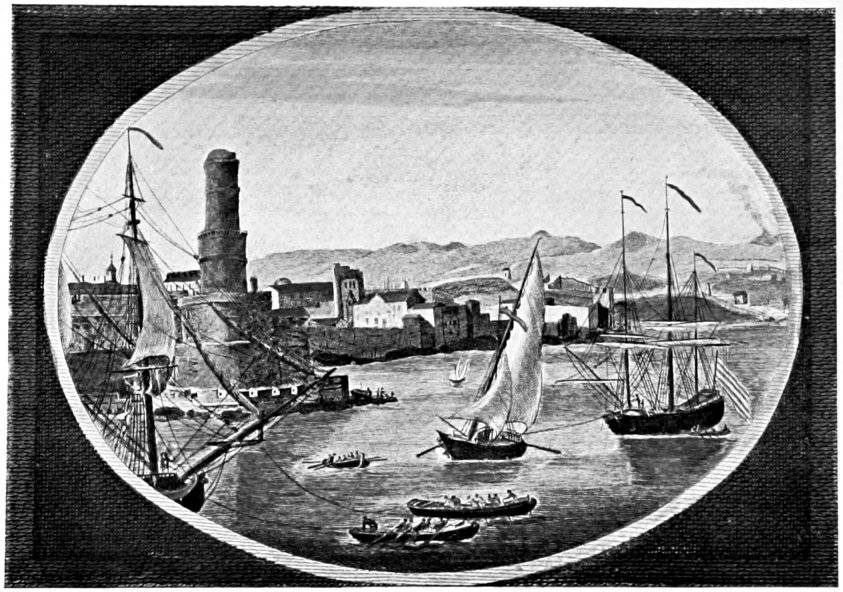 On June 7, 1692, Port Royal, Jamaica, the pirate-haven that had been hailed “the wickedest city on Earth”, was engulfed in a tidal wave.

It was a city so overrun with liquor, slavers, and prostitution that one in every four buildings was either a bar or a brothel. But on that fateful June day, the very earth beneath the sin city began to shake. The brothels were collapsed and a great tidal wave rose up over the city walls.

Thousands died and their bodies polluted the water. But in the eyes of many around the world, the destruction of Port Royal was no tragedy. It was nothing short of divine retribution; the hand of God coming down to smite a modern-day Sodom and Gomorrah.

The Pirates Come To Port Royal 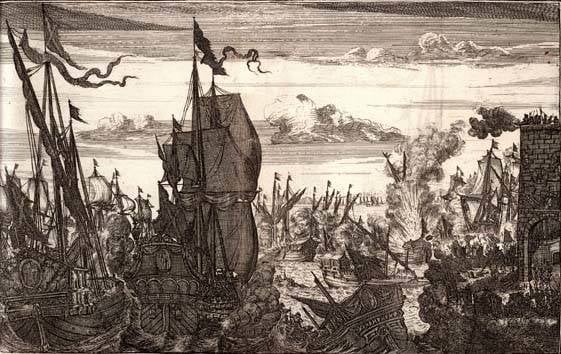 Wikimedia CommonsHenry Morgan leads the pirates of Port Royal into a naval battle against the Spanish fleet. As drawn by Alexandre-Olivier Oexmelin in 1678.

Port Royal, a peninsula on the very tip of an 18-mile long sandbar known as the Palisadoes, 15 miles from the center of Kingston, Jamaica, hadn’t always been a refuge for revelry and rebellion. From 1494 to 1655, it was nothing more than a minor Spanish port, largely undeveloped because the Spanish didn’t see much gain in keeping hold of it.

The English took control of the city in 1655 and realizing the port was surrounded by a Spanish fleet, invited a coalition of pirates and privateers to protect the port. In the name of the King of England, the Buccaneers harrassed and stole from the Spanish ships to their liking, and the port became a
refuge for those making their living by the sword on the high seas.

Port Royal had become a literal port of call that had protected some of the biggest names from the age of piracy, including Captain Morgan, Anne Bonny, Mary Read, Calico Jack, and Blackbeard himself. 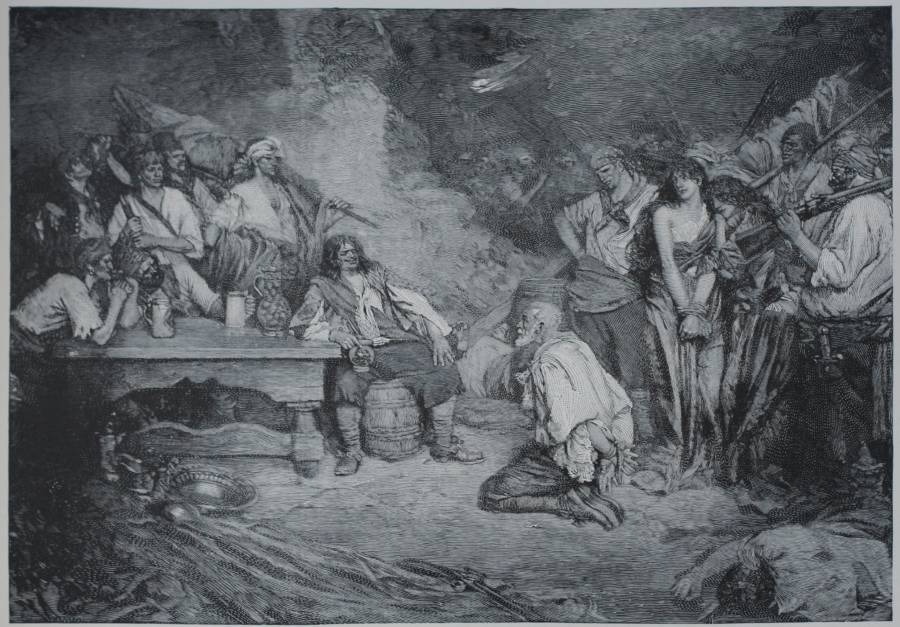 The Birth Of The Pirates Of The Caribbean 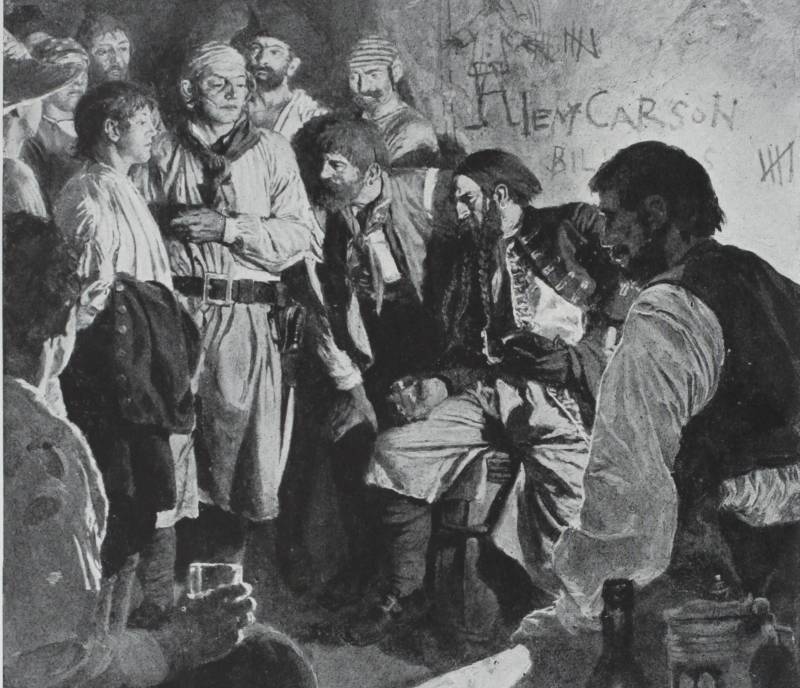 Howard Pyle / Wikimedia CommonsPirates drinking in a pub, as drawn by Howard Pyle in 1894.

In the glory days of the pirate city, Port Royal had developed into the second largest English city in the world, behind Boston. But by 1692, Port Royal had also become the most corrupt. The city was overrun with brothels, taverns, and drinking halls, and filled with slavers and pirates alike.

It was a common sight, in Port Royal’s heyday, to see a drunken pirate stumbling through the city streets supported by a girl at each arm. His pockets would be overflowing with plundered gold. It’s said that, in a single night, some pirates would spend more money on drinks and women than a plantation worker earned in a year.

Pirate captain Henry Morgan became the Lieutenant Governor of the city and himself was dissatisfied with the chaos of the port. He tried to crack down on the pirateering, but his efforts proved useless. He died some four years before the great tidal wave.

The city’s trademark drink was Kill Devil Rum. Pirates would carry the flagons down the street, forcing them into the hands they passed by. It was much a curse as a gift as the drink was so strong that it had killed thousands through alcohol poisoning. 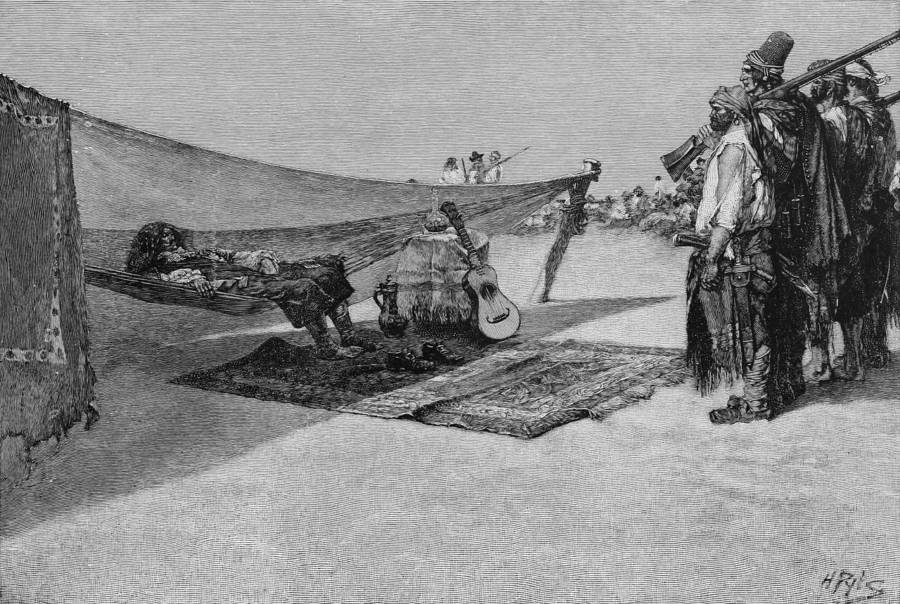 Wikimedia CommonsHenry Morgan recruits new pirates for the Brethren of the Coast. As drawn by Howard Pyle in 1887.

With a drink burning in their bellies, the pirates became deadly. Alexandre Olivier Exquemelin, an expert on piracy in the Americas, wrote of one Port Royal pirate Roche Brasiliano:

“When he was drunk, he would roam the town like a madman. The first person he came across, he would chop off his arm or leg, without anyone daring to intervene. … Some of them he tied or spitted on wooden stakes and roasted them alive between two fires, like killing a pig.” 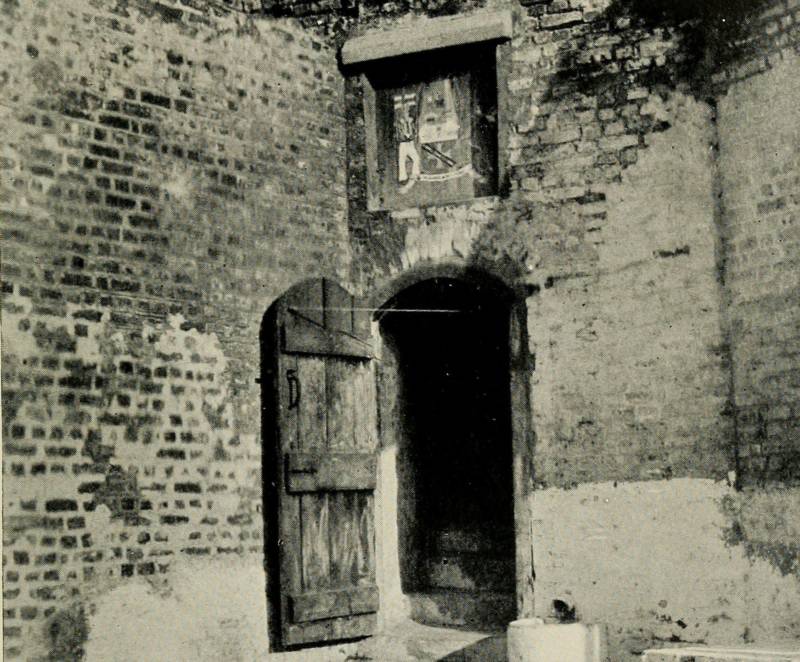 The ruins of Nelson’s Quarters, one of the few buildings that survived the 1692 earthquake, photographed in 1914.

When Port Royal was hit by a disaster so horrible, those who witnessed it could only have described it as divine wrath.

The houses of Port Royal, in a folly straight out of the gospel, had been built on sand. When the earthquake hit, it liquefied what little supported them, and whole building, roads, and people were sucked straight into the ground. As the people panicked, a great tidal wave crashed through the docks and over the city walls and consequently brought down what still stood.

Even Captain Morgan, who had been buried on the peninsula, was pulled out of his grave and dragged out into the sea.

33 acres of the city disappeared in a few hours. Four of the five forts the British built had been crushed. 2,000 people – one-fifth of the population of Port Royal – was wiped out in a single day.

It wasn’t over. In the days to follow, as the bodies of the dead rotted under the sun and were devoured by animals and insects as they polluted the city streets, disease spread through the city. Within a few weeks, another 3,000 died.

Just like that, the population of one of the largest — and most raucous — cities on earth had been cut in half.

Aftermath And Legacy Of The Sunken Pirate City 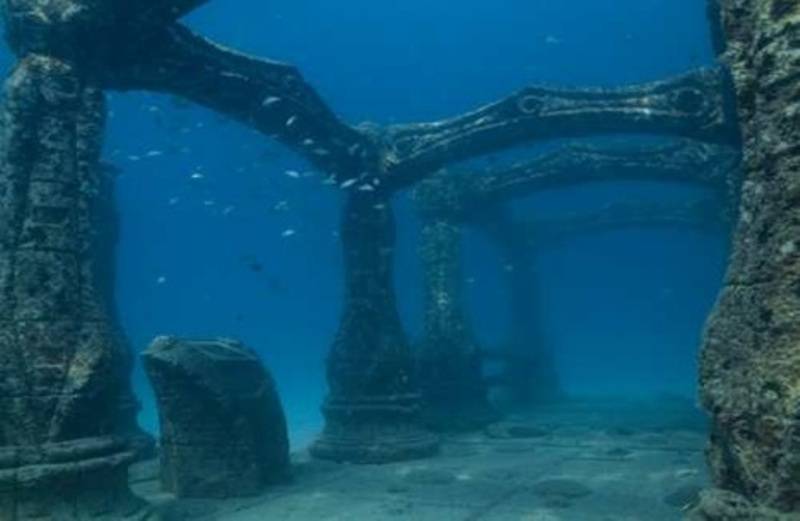 ImgurThe underwater roads of what was once Port Royal, Jamaica.

One survivor wrote that as soon as the earthquake had ended the town went mad:

“Immediately upon the cessation of the extremity of the earthquake, your heart would abhor to hear of the depredations, robberies and violences that were in an instant committed upon the place by the vilest and basest of the people; no man could call anything his own, for they that were the strongest and most wicked seized what they pleased….”

The vengeance against Port Royal didn’t end with the quake, the tidal wave, and the looting. Just a few years later in 1703 the city became engulfed in flames. A series of hurricanes in 1712, 1722, 1726 and 1744 further devastated the city, and by that time the English had decided to move their Caribbean port of commerce to Kingston. Port Royal had been all but deserted. 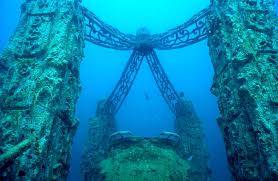 YouTubeRuins of Port Royal beneath the sea.

The last wrath finally came in 1951, when Hurricane Charlie destroyed what little was left of old Port Royal.

Today, Port Royal is a small coastal village and bears no resemblance to the city of sin it once had been. But the 17th-century Sodom has been revitalized by archaeological efforts on behalf of the Nautical Archaeology Program at Texas A&M University and the Jamaica National Heritage Trust. This excavation of the late 80s and early 90s yielded the largest collection of in situ artifacts — and much of the city remains underwater today as a real-life Atlantis.

It was designated a UNESCO Heritage Site in 1999 and is often considered the Pompeii of the sea. Locals, therefore, hope that a revitalization of the ruins will inspire eco-tourism and an increase in the small city’s revenue — perhaps restoring it to the wealthy glory it once knew in the 17th-century.

But hopefully, this time, with less crime.

After this look at the 17th-century Sodom that was Port Royal, learn more about Henry Morgan, the city’s pirate governor. Then, check out more sunken cities in the world.