This dolphin is part of a population of just 600 now facing dangers like the threat of ocean pollution. 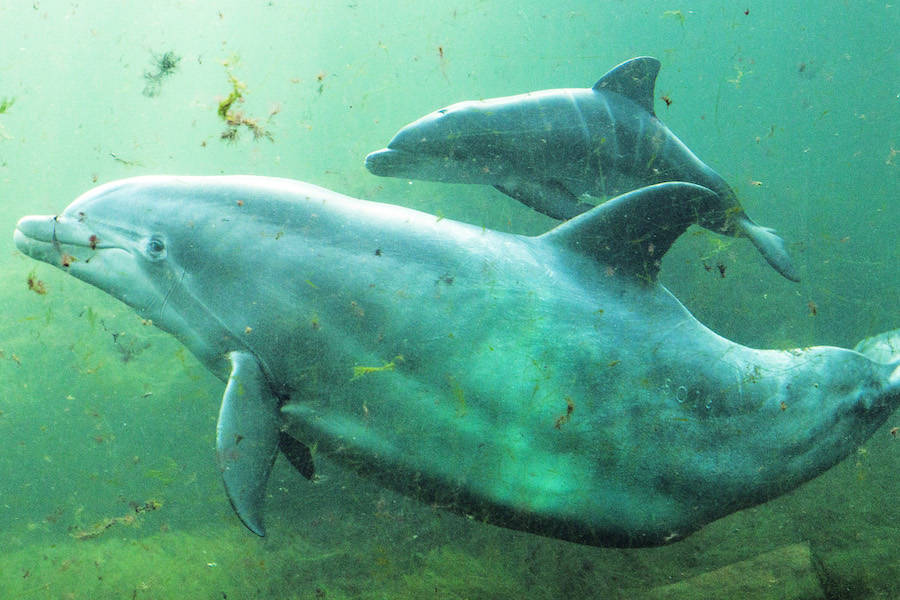 The staggering amount of plastic that pollutes Earth’s waterways continues to claim more victims as a baby dolphin was found stranded at Fort Myers Beach, Florida on April 23 in an emaciated state. After the dolphin was “humanely euthanized” by rescuers, a necropsy revealed plastic trash in its stomach.

CNN reported that two plastic bags and a balloon were among the harmful contents found inside the stomach of the dead female dolphin, estimated to be only months old.

The incident highlights the ever-growing problem of trash, particularly plastic bottles and bags, endangering ocean wildlife. However, experts are reluctant to cite the plastic trash found in the baby dolphin’s stomach as the conclusive cause of its death.

“Although a significant finding, there are many additional factors to consider, such as underlying illness, disease, and maternal separation, before a final cause of stranding and death for the dolphin can be determined,” the Florida Fish and Wildlife Conservation Commission (FWC), who conducted the necropsy, said in a statement on Facebook.

Biologists from the FWC performed the post-mortem procedure two days after the rough-toothed dolphin had washed up on shore. They added that the samples collected during the necropsy would be sent to the lab for further analysis.

Yesterday, FWC biologists from our southwest field lab completed a necropsy of a female rough toothed dolphin that…

Rough-toothed dolphins are considered to be a smaller subspecies within the dolphin family. These sea mammals usually stay in large tight-knit groups, ranging from as little as 10 to 100 dolphins in one group. Their diet is made up of mostly squid and small fish. The population of rough-toothed dolphins is divided into three different stocks based on their geographic location: the Hawaiian stock, the northern Gulf of Mexico stock, and the western North Atlantic stock.

When the baby dolphin in question was first discovered on the beach, it was severely emaciated and showed signs of poor health. The animal was in such terrible condition that the rescuers decided to euthanize it on site.

As more sea creatures like this one have begun to turn up on our beaches, the FWC warns that these stranded animals should not be pushed back into the sea, as is often done by well-meaning observers.

FWC Spokesperson Michelle Kerr said that marine mammals often become stranded if they are injured or sick and that is why it is actually harmful to these animals to be pushed back into the water. Otherwise, rescue teams would not be able to give the animals the medical attention that they need.

“Please don’t push the animal back into the water as it can delay examination and treatment and often results in the animal re-stranding in worse condition,” the FWC statement read. 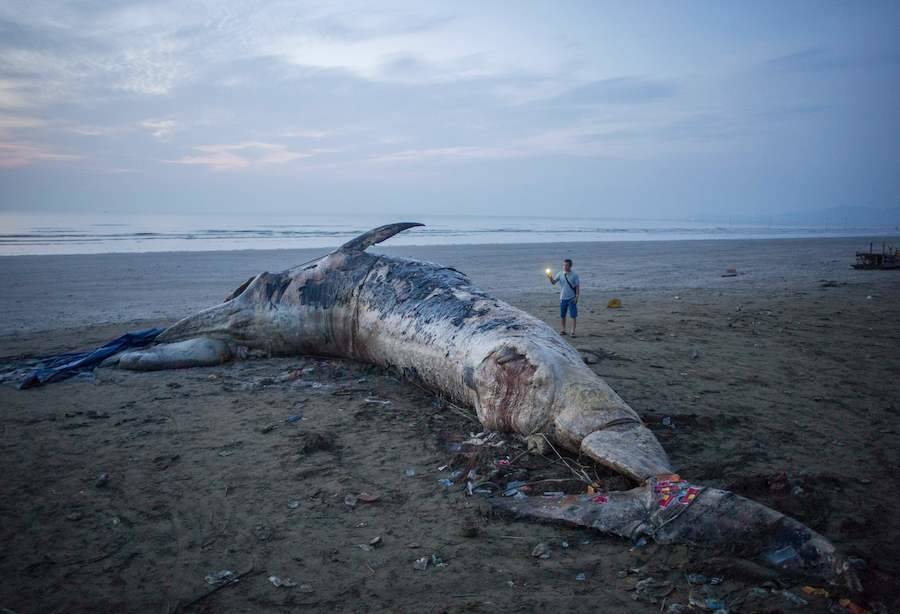 Trinh Quoc Trung/AFP/Getty ImagesA man stands next to the corpse of a dead whale on a beach in Vietnam.

The baby dolphin’s death is one in a series of dead sea mammals that have been found with toxic plastic in their bodies across beaches in the U.S. and abroad.

In March, a pregnant sperm whale that washed up in Sardinia, Italy had almost 50 pounds of plastic and a dead fetus inside it. Around the same time, scientists in the Philippines discovered a monstrous 88 pounds of plastic bags inside a dead Cuvier’s beaked whale.

“I was not prepared for the amount of plastic,” said Darrell Blatchley, the scientist who did the necropsy on the Philippines whale. “40 kilos roughly of rice sacks, grocery bags, banana plantation bags, and general plastic bags. Sixteen rice sacks total. It was so big, the plastic was beginning calcification.”

A 2014 study from the University of Connecticut estimated that there could be as much as 5.25 trillion plastic particles floating around in the ocean. That number does not include the amount of trash that has likely sunk to the bottom of the sea.

The amount of plastic pollution that was found in the baby dolphin in Florida was not much compared to the other extreme cases. But no matter the amount, it is clear that these plastic materials pose an enormous and ever-growing threat to marine wildlife.

Next, read the story of the baby whale that was put down because of a plastic bag in its throat. Then, learn about another beached whale with a deadly ball of plastic bags inside its body.