"What we put in the water can end up in the mouth of a whale."

A 17-foot baby sei whale washed ashore on a Wilmington, N.C. beach on Jan. 6 and the University of North Carolina Wilmington’s Marine Mammal Stranding Program had no choice but to euthanize the animal.

Program coordinator William McLellan reported that not only was the whale unusual for the area and must have traveled a long distance before landing on the North Carolina Island of Masonboro.

The whale was in critical condition from the moment it was discovered, after which wildlife photographer Robbie Johnson and several bystanders began pouring buckets of water over the ailing infant. McLellan reported realizing something was wrong internally with the whale immediately due to its emaciation.

“This animal was very, very thin,” said Ann Pabst, a marine biology professor at UNC Wilmington and a volunteer with the Marine Mammal Stranding Network. “It wasn’t with its mom which it should have been. No food in the stomach, it was clear this animal hadn’t been eating for a while.”

Pabst consulted with the National Oceanic and Atmospheric Association (NOAA) and all involved determined that there was no way of saving the whale and so they chose to humanely euthanize it.

The infant whale was heavily sedated before lethally injected while still beached onshore. Pabst explained that euthanizations for beached whales are often necessary as the whale is already too weak to survive in the ocean, so putting it back in might do it little to no good.

“When we see these particular species on our shore, we know already that they’re not where they are supposed to be. On top of that they often come to the shore in highly debilitated states… when an animal lands on the beach, and experiences their own body weight for the first time, that weight can actually literally crush and damage internal organs,” Pabst said.

Mike Remige with the State Department of Natural and Cultural Resources therefore warns that one should never try to push a stranded whale or dolphin back into the ocean. 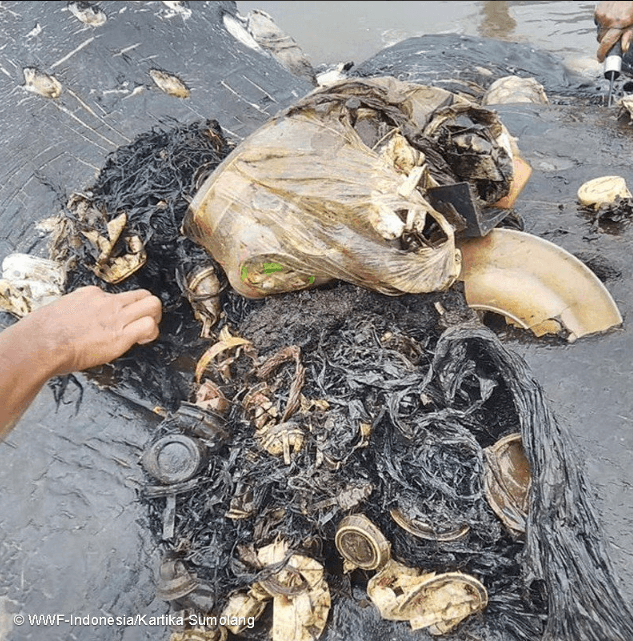 Sei whales, an endangered species, can grow to 65 feet and live as long as 70 years. Pabst added that strandings of this species are uncommon and could remember but one other such incident sometime in the 1990s.

An autopsy by McLellan revealed that a black plastic bag was stuck in the baby’s throat. 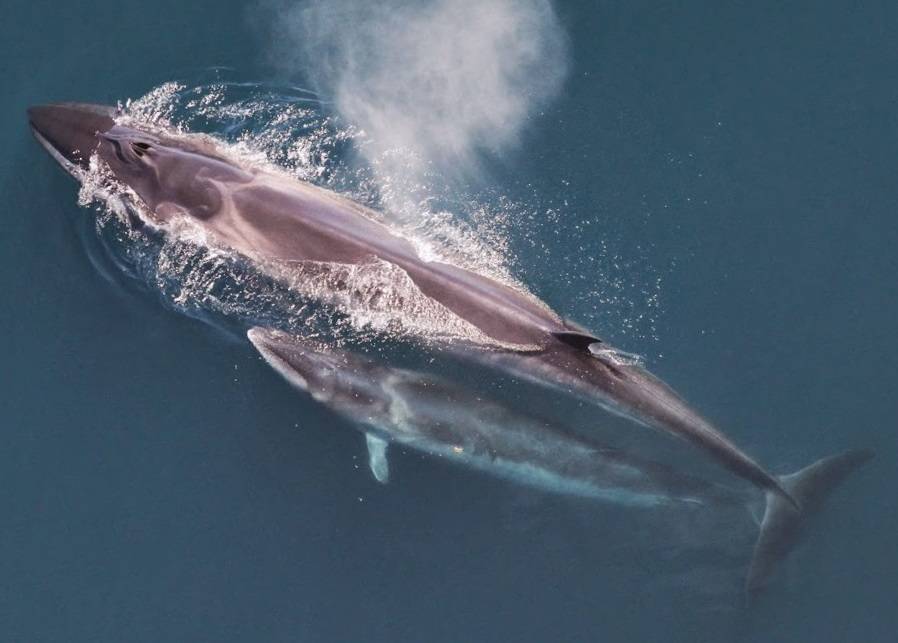 As for the remains of this infant sei whale, it will be dismembered and left to decompose on the beach or wash back into the ocean.

Unfortunately, this is not the first time in the past year that a whale was found ashore filled with plastics.

A sperm whale washed ashore in Murcia, Spain in February with 64 pounds of plastic waste found in its stomach. The young whale died of an abdominal infection called peritonitis which was a direct result of the debris stuck in its stomach and intestines, which plugged the digestive system and caused it to rupture. Some of the garbage found inside the 33-foot-long whale included ropes, pieces of net, plastic bags, and other toxic debris.

In November, another sperm whale beached in Indonesia was found with approximately 13 pounds of plastics inside its stomach. These included 15 plastic cups, four plastic bottles, 25 plastic bags, two flip-flops, a nylon sack, and more than 1,000 other assorted pieces

“The presence of plastic in the ocean and oceans is one of the greatest threats to the conservation of wildlife throughout the world,” said Consuelo Rosauro, Murcia’s general director of environment.

Indeed, if we do not make serious changes to our disposal habits, we could likely see more critically imperiled whales washed ashore.

Next up, read about the startling mystery surrounding whales dying all along the East Coast. Then, read about what people are doing to save the whales trapped in an aquatic Russian jail.