Literally 'Storm Unit,' the SA was once a group of specialized troops under Imperial Germany — until Hitler assembled them en masse to intimidate his political opponents. 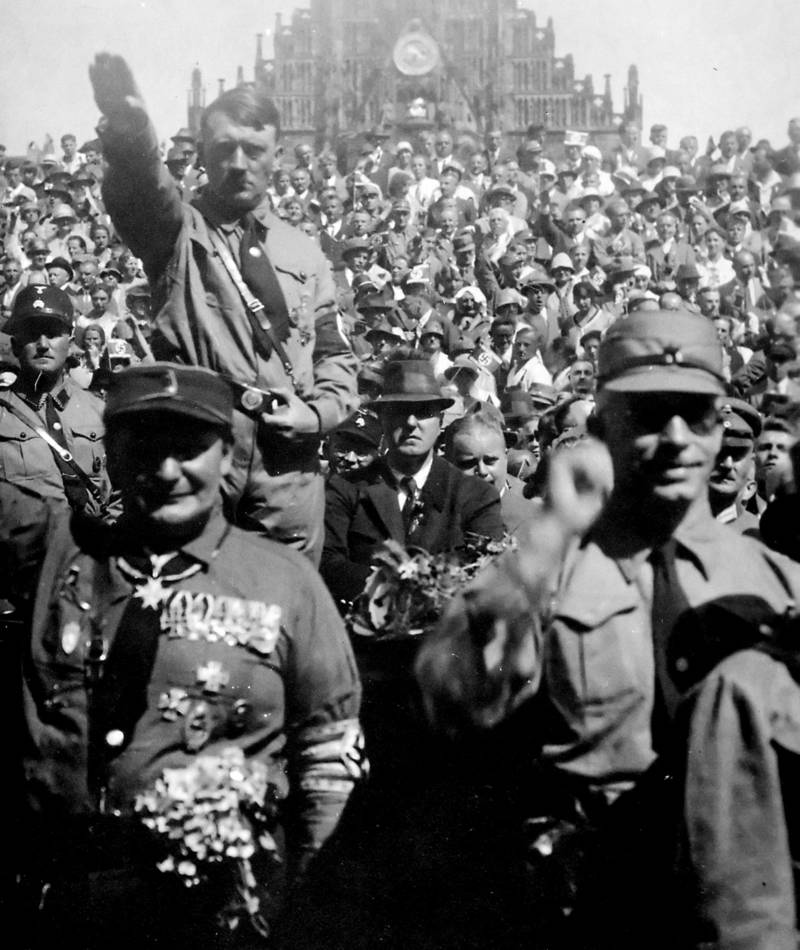 Wikimedia CommonsThe Sturmabteilung helped bring Hitler to power, only to ultimately be betrayed and slaughtered by him.

Hitler utilized the frustration of the unemployed and veteran soldiers to assemble an unofficial army of thugs, known as the Sturmabteilung, to intimidate his political opponents and to protect the early Nazi party.

Indeed, without the intimidation of the Sturmabteilung, Hitler’s rise to power would have certainly been more difficult.

Germany after World War I was a country filled with resent and despair. The country was hindered by crippling demands of the Versailles Treaty and forced to pay reparations for the entire war. Additionally, the army which had been a source of national pride was limited to a mere 100,000 men, as assurance that those mighty forces would not rise again.

Various factions attempted to exploit the dissent within the country with the two most influential being the Communists, inspired by the revolution in Russia, and the Fascists, who took inspiration from Mussolini in Italy. During the days of the Weimar Republic, tensions between these factions often erupted into violence on the streets. 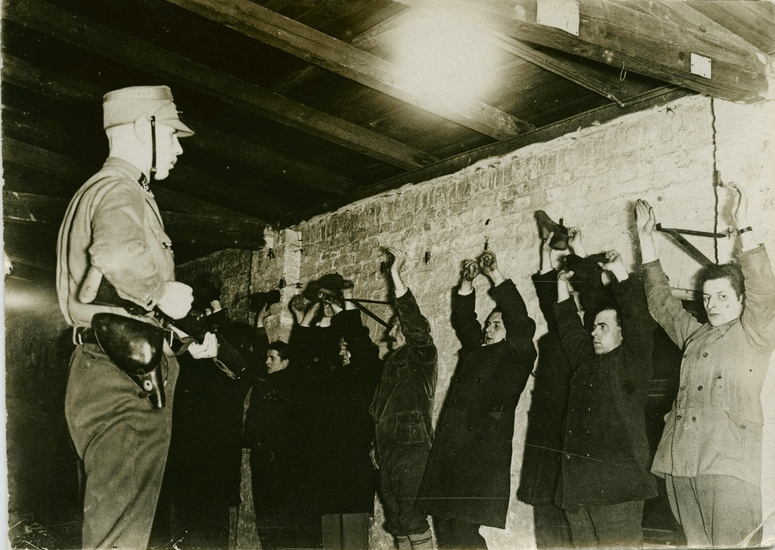 Wikimedia CommonsMembers of the Sturmabteilung arrest communists in Berlin.

In 1921, Adolf Hitler formally organized some of the right-wing thugs who had been fighting on the streets into a paramilitary organization dubbed the Sturmabteiling (SA) which literally translates to Storm Unit.

This paramilitary would come to be known informally as the “Brownshirts” as they were clad in brown uniforms similar to the fascist “Blackshirts” of Italy. These stormtroopers consisted mainly of disgruntled ex-soldiers now forbidden from swelling the army’s ranks and initially acted as early Nazi bodyguards and aggressors against those who opposed their party.

But the Sturmabteilung was forced to temporarily disband after a plot, known as the Munich Beer Hall Putsch, to take over the Bavarian government in Germany failed. Authorities then cracked down on the paramilitary and put Hitler behind bars in 1923. The Great Depression, however, would soon provide the stormtroopers with a tremendous opportunity. 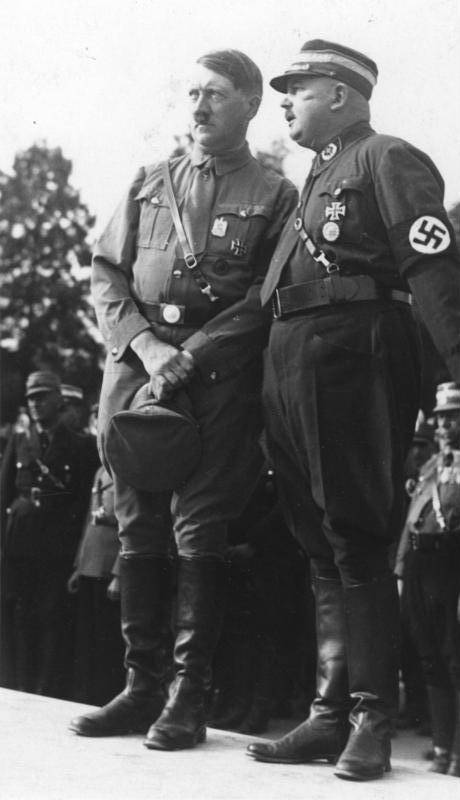 Wikimedia CommonsErnst Röhm was head of the Sturmabteilung and one of Hitler’s cosest friends — for a time.

In Germany, still shackled by the demands of the Versailles Treaty, the situation under the Depression was dire. As more and more men lost their jobs and struggled to provide for their own families, let alone meet the outrageous reparations, Hitler’s arguments seemed to make more and more sense. Thus the Sturmabteilung became a lure for the embittered unemployed.

In 1931, Hitler appointed Ernst Röhm as head of the SA. Röhm was a fanatical Nazi who had been a party member since its earliest days in 1919, during its first incarnation as the German Workers’ Party. He was also one of Hitler’s closest personal friends and allegedly the only person who the future dictator addressed using the informal German “du” in conversation and who, in return, was one of the few people allowed to address Hitler by his first name.

Under Röhm, by 1933, a mere decade after the failed Putsch, its members numbered nearly two million men. The SA was now twenty times as large as Germany’s standing army and was beginning to cause worry even at the country’s highest levels. 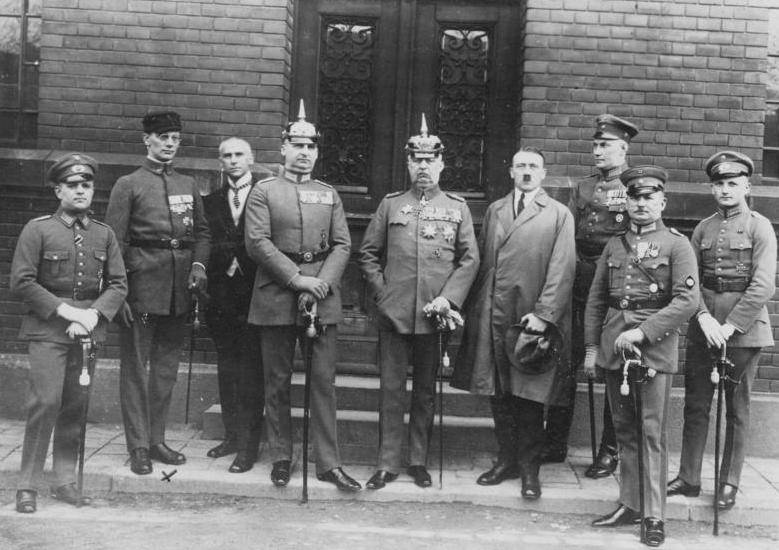 Hitler was appointed chancellor by President Von Hindenberg in 1933, partly in the hopes that more level-headed figures in the government would be better able to control him and his mob of supporters — this obviously proved to be a grave miscalculation.

Meanwhile, for Röhm and the radical SA leaders, things were still not progressing rapidly enough and they pressed Hitler to move towards total control.

Von Hindenberg, other established conservative politicians, as well as the heads of the German Army, saw the SA as nothing but a group of violent thugs, albeit one that posed a considerable threat to the extremely fragile rule of law in the Republic.

By 1934, these leaders had had enough and the army officers presented Hitler with an ultimatum: either he brings the Sturmabteilung to heel or they would stage a military coup and oust him from power altogether. 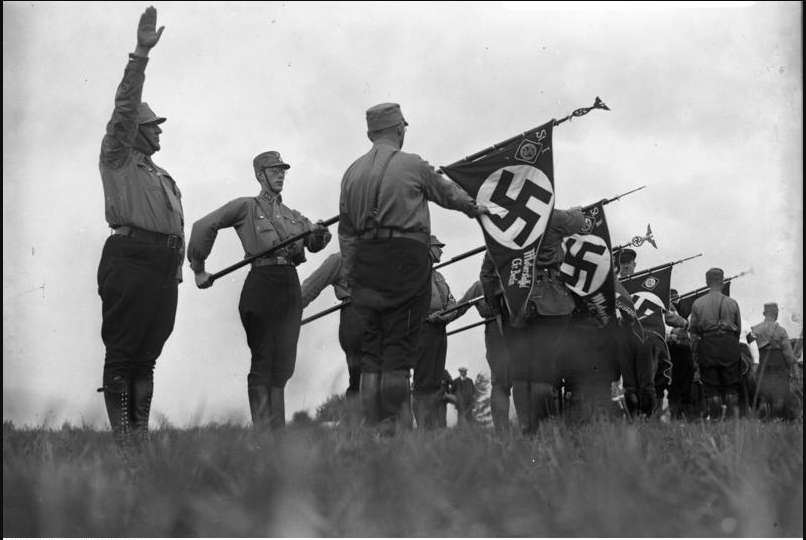 The Night Of The Long Knives

Hitler was shrewd enough to understand that he could never fully consolidate his grip on the country without the support of the army. Further, he recognized that the Sturmabteilung was becoming increasingly useless as their main job — to intimidate — was becoming unnecessary as more people heeled to Hitler’s command. He thus decided to betray his most fanatical supporters in ruthless pursuit of his own best interests. 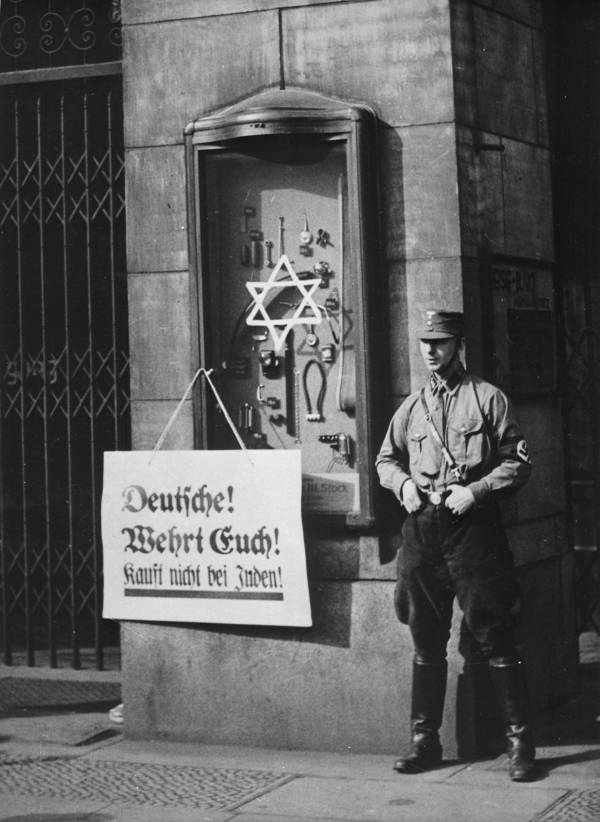 Other high-ranking Nazi officials were only too eager to oust Röhm in order to advance their own positions within the party. Göring, Goebbels, Hess, Himmler, and Heydrich worked tirelessly to convince the Führer that his closest friend was plotting to betray him and seize power for himself, backed by the millions of foot soldiers he had under his command in the Sturmabteilung.

Consequently, on June 30, 1934, Hitler ordered the “political soldiers” of the Nazi party known as the SS to carry out a “blood purge” of the Sturmabteilung. During what would come to be called “The Night of The Long Knives,” SA leaders who were already assembled at a Bavarian hotel for a banquet were instead sent to a firing squad in a Munich prison.

Men were ripped from their beds and shot in cold blood, sometimes along with spouses and family members. Hitler was determined to eliminate anyone who could pose any potential threat to his own position in the future.

As for Röhm himself, he was taken to a prison cell and killed with a pistol. The official death toll of the Night of the Long Knives is listed as 85 people, but it is estimated to be as high as 400 by some accounts. 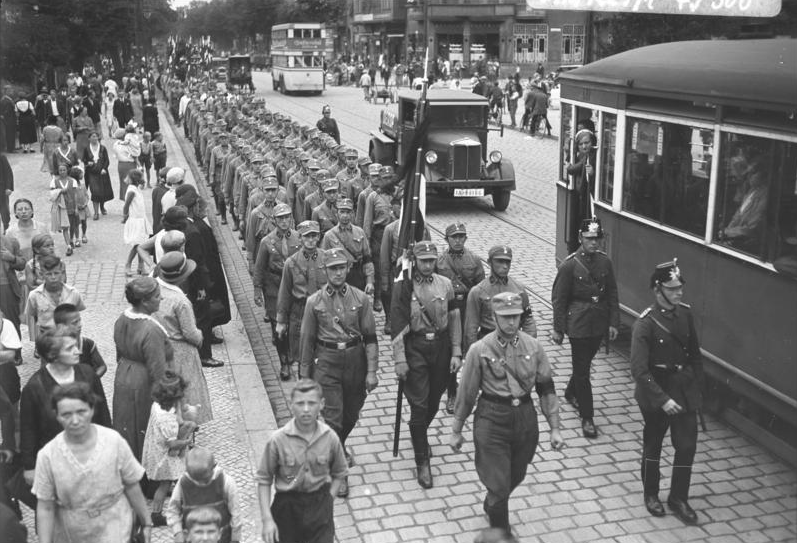 Wikimedia CommonsGermany’s political and military leaders grew wary of the Sturmabteilung and demanded Hitler bring them to heel.

Though reduced in size, the Sturmabteilung continued to perpetrate violence against the Jews and were responsible for the destruction of scores of Jewish-owned storefronts and the deaths of nearly 100 German Jews in what is known as Kristallnacht, or the Night of Broken Glass.

Within the year following, Hindenberg died, Hitler’s control over Germany became absolute, and the world was well on its path to its most devastating war.

After this look at the Sturmabteilung, Hitler’s Brownshirts, read about the drugs the Nazis used to help fuel their early rise. Then, learn about the ferocious female Nazi Irma Grese.