On August 23, 1989, 16-year-old Yusuf Hawkins was fatally shot after being chased by up to 30 white youths in the Bensonhurst neighborhood of Brooklyn. 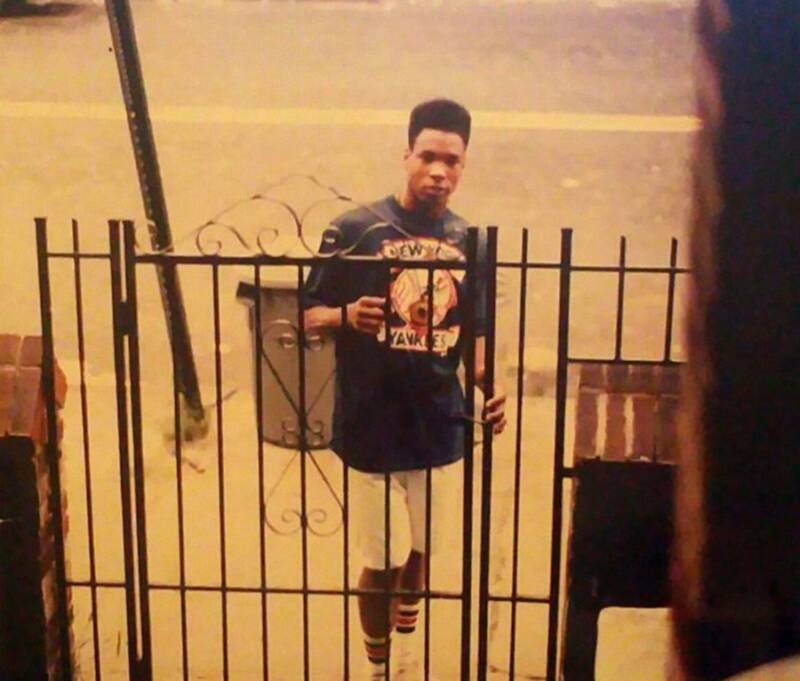 Storm Over Brooklyn/InstagramSixteen-year-old Yusuf Hawkins was shot to death by a white mob in Brooklyn in 1989.

In 1989, a Black teenager named Yusuf Hawkins was gunned down in a racist attack while walking in the predominantly white neighborhood of Bensonhurst in Brooklyn. A gang of white teenagers ambushed Hawkins following rumors that a teenage girl in the neighborhood was bringing Black and Hispanic friends over.

The New York Times described the killing as “the gravest racial incident in New York City” since the Howard Beach attack in Queens in 1986. The Howard Beach case was a separate hate crime that saw one Black man killed and another injured by a group of white youths. The attack had spawned public outrage in the city just a few years earlier.

This is the true story behind Yusuf Hawkins’ hate-fueled murder.

The Murder Of Yusuf Hawkins 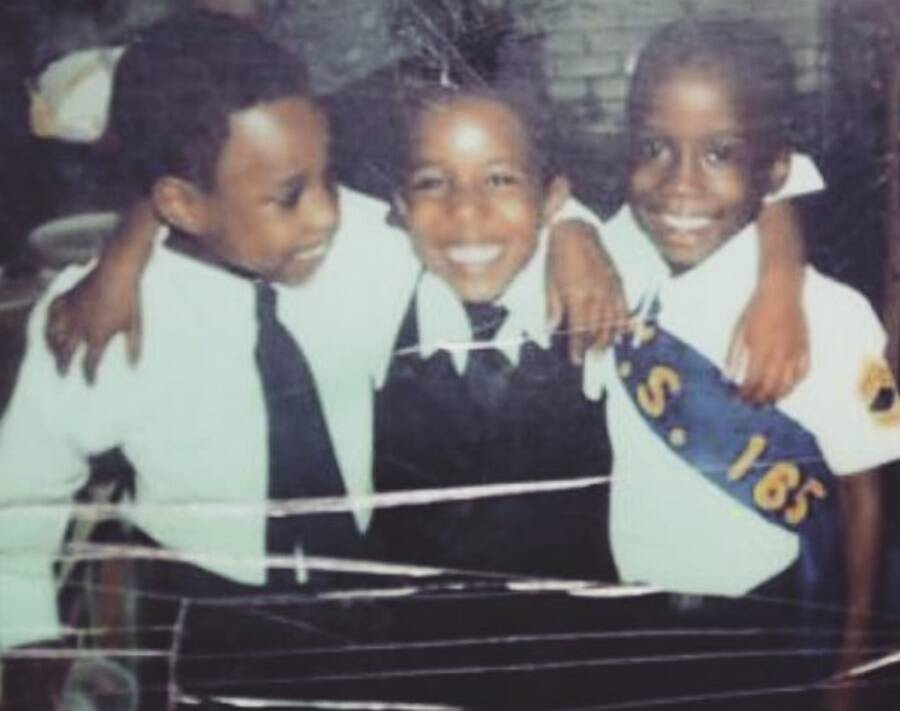 Yusuf Hawkins (sometimes spelled Yusef Hawkins) was a 16-year-old from Brooklyn who lived in the East New York neighborhood with his parents. The teenager was described as an intelligent young man with a bright future who had recently been accepted to a technical high school.

“He was reaching his goals,” his father Moses J. Stewart told the radio station WLIB. “He was putting his dreams behind him because he was achieving his task.” 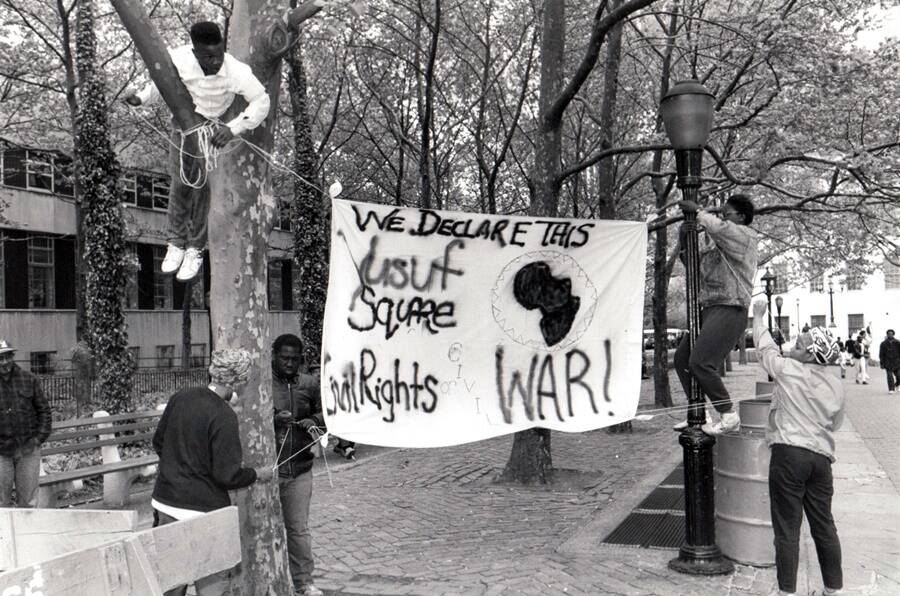 The group stopped to buy some items from a candy store before continuing their walk south on 20th Avenue. Meanwhile, trouble was brewing on the neighborhood block that Hawkins was approaching.

A group of white youths were gathering in front of a four-story apartment house at 6801 20th Avenue. It was the home of 18-year-old Gina Feliciano, who was reportedly expecting Black and Hispanic friends to come over on her birthday.

That night, there were up to 30 white people waiting outside her home, some of whom were armed with baseball bats. And they apparently mistook Hawkins and his friends for Feliciano’s party guests. 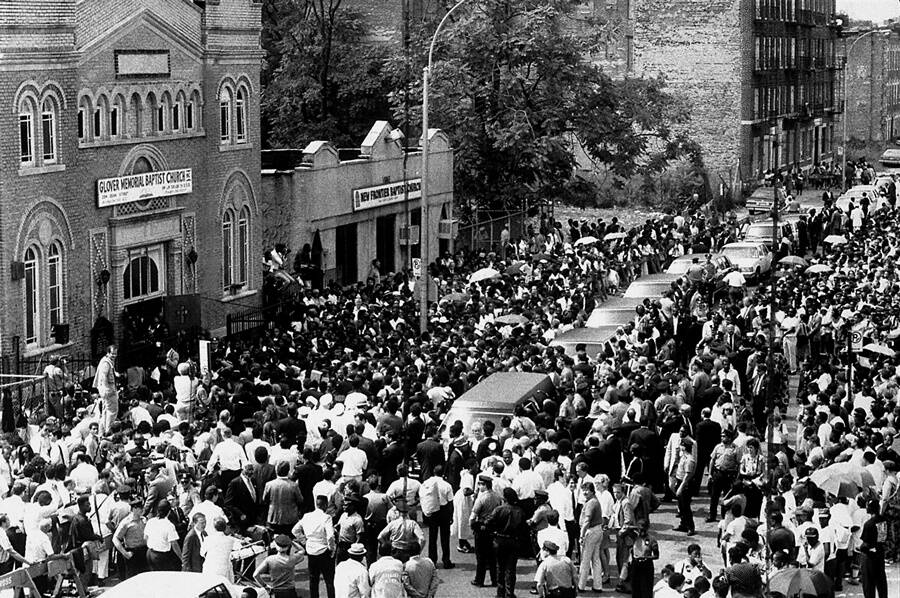 Witness accounts reported that the white mob members were “talking and bragging” as Hawkins and his friends walked by. At least one account mentioned someone saying a racial slur to the Black boys.

According to Deputy Police Commissioner for Public Information Alice T. McGillion, witnesses overheard someone yell, “Let’s club the n*gger.” Someone else responded, “No, let’s not club, let’s shoot one.”

One witness heard, “Let’s get even with Gina,” and “Let’s show Gina,” clearly referring to Feliciano. Before long, gunshots rang through the neighborhood. 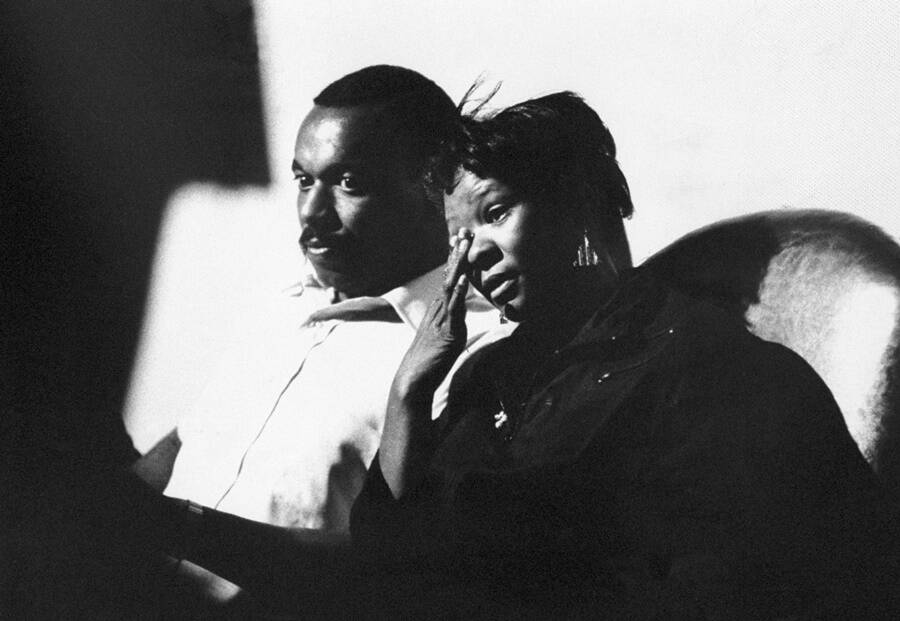 One resident, 32-year-old Elizabeth Galarza, came running outside after she heard the gunshots at about 9:20 p.m. She found Yusuf Hawkins on the ground, still clutching a candy bar from his earlier shopping trip.

Trained in CPR, Galarza checked for the teenager’s pulse. While he was conscious at first, he couldn’t talk. Galarza pulled up his t-shirt and saw two bullet holes in his chest. 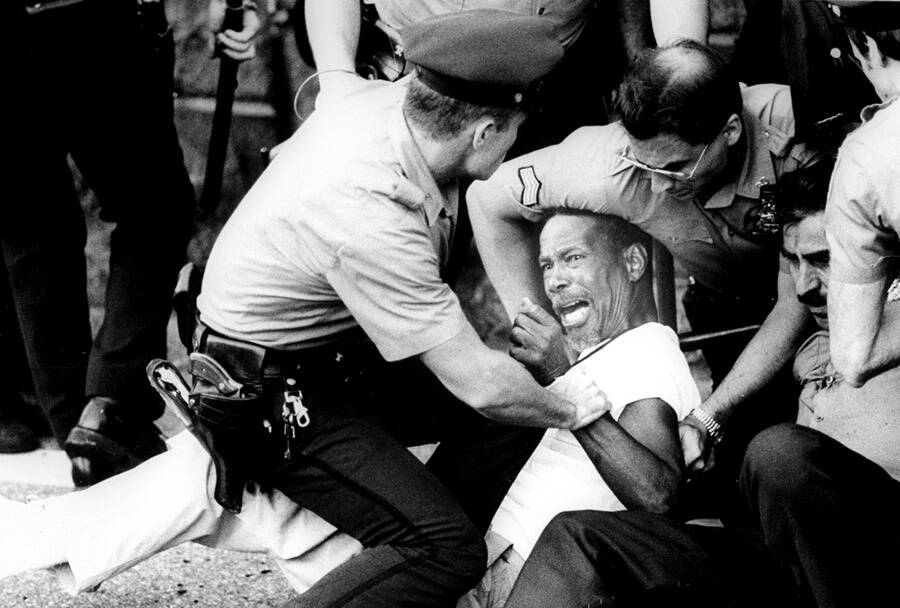 “The young boy clenched my hand,” Galarza said. “When his pulse stopped, he clenched tight and let go. He was so young and so frightened. I said, ‘Come on baby. You’ll be fine. Take small breaths. Just relax. God’s with you.'”

According to Galarza, it took police 15 minutes to arrive on the scene after she called 911. Hawkins was later pronounced dead on arrival at Maimonides Medical Center. 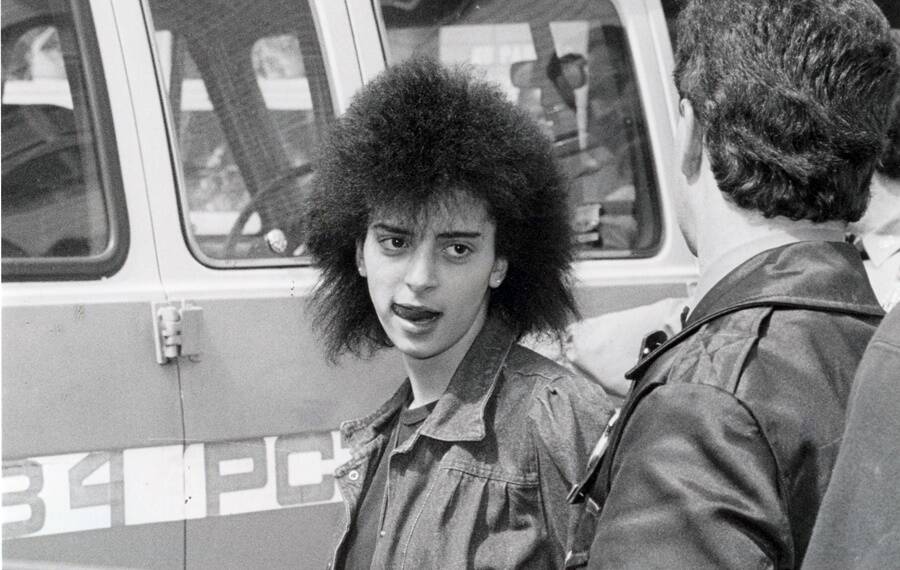 Jonathan Fine/Newsday RM via Getty ImagesPolice suspected a jealous lover of Gina Feliciano (pictured) caused Hawkins’ death, but many others saw it as a clear hate crime.

Police investigators recovered a bevy of baseball bats at nearby sites but said none of them had been used. They found four shells from a .32-caliber semiautomatic pistol, two of which struck and killed Yusuf Hawkins. His friends all survived the terrifying attack.

Feliciano later told police that she had watched the mob gather outside her home. She said one of them showed her a gun and warned, “You better watch yourself with your n*gger friends.” After the shooting, Feliciano went to a telephone booth and called the police.

The Protests In Brooklyn 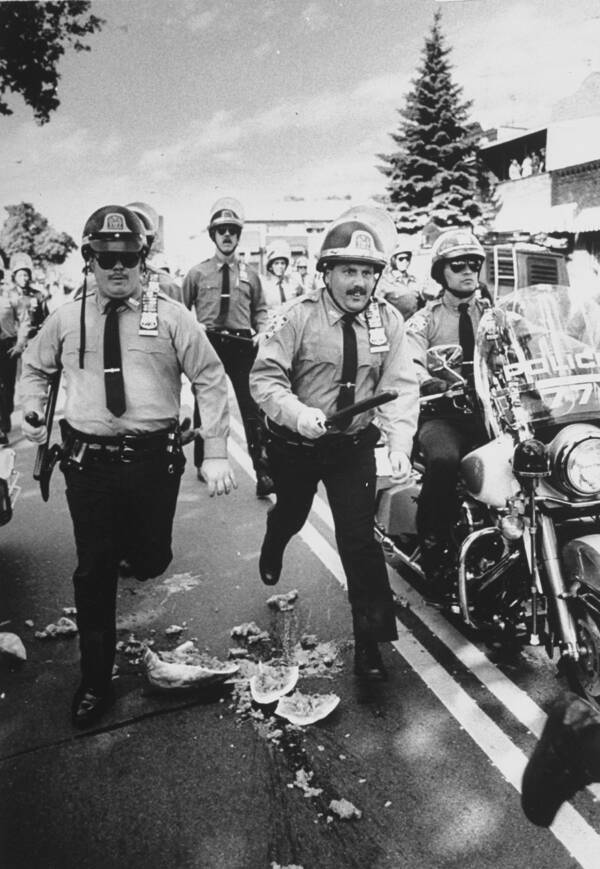 “To see my son’s life wasted,” Stewart said, “because of some indiscriminatory fool with a gun in his hands who saw nothing but a Black man is a very, very vile thing to me.”

Hawkins’ death was a watershed moment in the racial reckoning of New York City in the late 1980s and early 1990s. A few days after Hawkins’ murder, a crowd of 300 demonstrators marched through Bensonhurst in his name.

They were met with jeers and racist chants from white onlookers as they marched through Bensonhurst.

Chants of “N*ggers go home” and other racist theatrics were lobbed at protesters, including chants of “Central Park, Central Park,” a reference to the rape of a white woman months prior, which saw five Black and Hispanic youths wrongfully convicted of the crime. 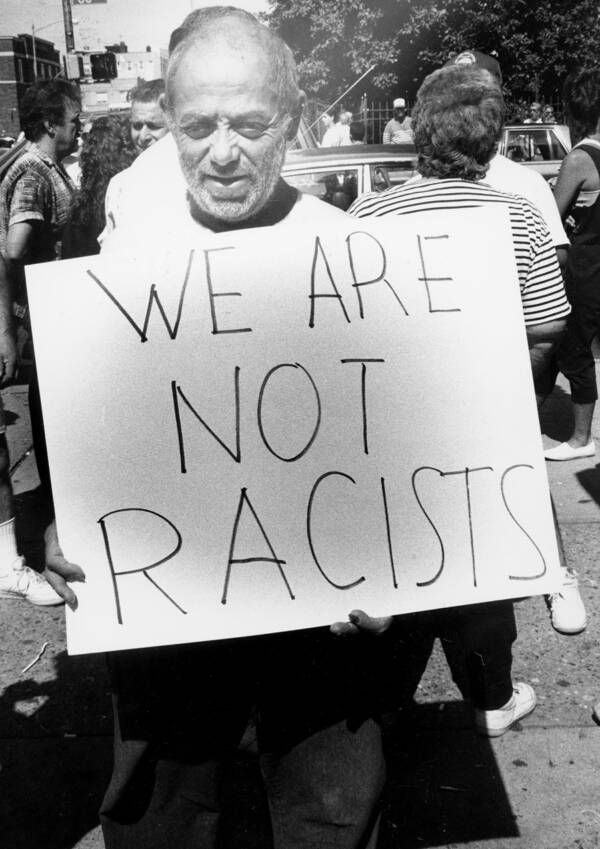 More than 1,000 people showed up to pay their respects at Yusuf Hawkins’ funeral. While about 300 people attended the service at Glover Memorial Baptist Church, countless more stood outside singing hymns.

Multiple marches were orchestrated in his name during the murder trial. As the white residents in Bensonhurst continued to taunt the protestors, violence sometimes broke out.

On Jan. 12, 1991, the Rev. Al Sharpton was stabbed in the chest with a steak knife as he prepared to protest. While he was in stable condition, the knife just barely missed his lung. Sharpton later described this moment as a turning point: “That’s when I realized I was willing to die for justice.”

And only one of them — Fama — was convicted of murder. Ultimately, he was found guilty of second-degree murder by acting with depraved indifference. 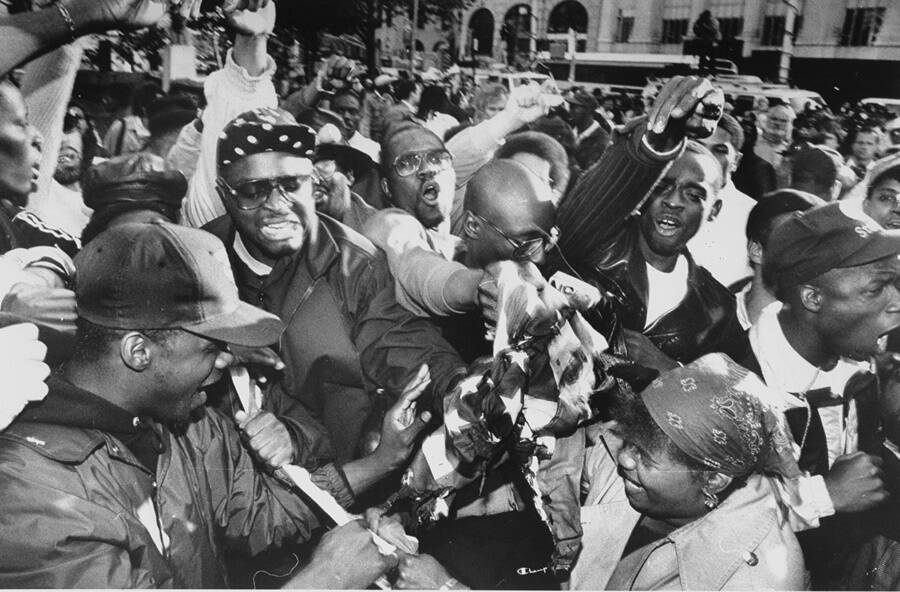 Misha Erwitt/NY Daily News Archive via Getty ImagesA group of demonstrators burn the American flag after the Keith Mondello verdict, which acquitted him of murder but convicted him of lesser charges.

The court decisions were criticized by community leaders and Hawkins’ family, and remained a source of pain for those who knew the teenager decades after.

“I believe more people should have been locked up and put behind bars,” said his mother Diane Hawkins in 2009.

Long-Lasting Scars From His Death 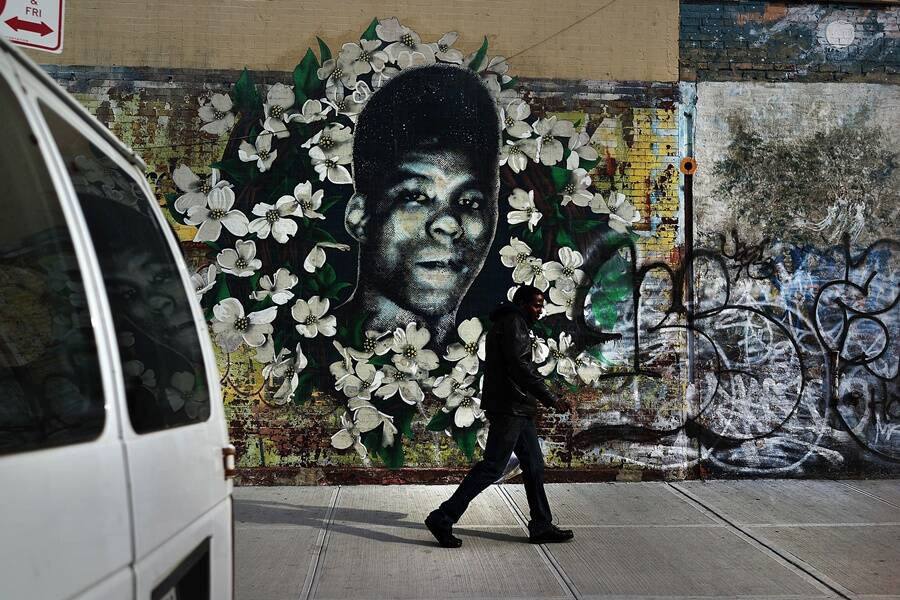 New York City is widely considered a mecca of diversity, but it also has a history rife with racial violence. The 1990s were undoubtedly bloody years.

In 1991, the Crown Heights riots erupted in Brooklyn after two Black children were accidentally run down by a motorcade connected to the Hasidic Jewish community.

One child died and the other was severely injured. The incident sparked a three-day clash between Black and Hasidic Jewish residents, killing at least one Jewish person and injuring others from both sides of the divide.

As for Yusuf Hawkins’ murder, the hate crime has been highlighted by African American artists through film, television, and music as a stark reminder of the Black lives lost to violent acts of racism. In 1991, director Spike Lee dedicated his film Jungle Fever to the slain teenager.

The teenager’s murder is the focus of the 2020 documentary Storm Over Brooklyn.

In 2020, an HBO documentary about Yusuf Hawkins’ murder will be released under the title Storm Over Brooklyn. Meanwhile, a mural dedicated in his memory was recently restored in the Brooklyn neighborhood of Bedford-Stuyvesant.

As for the perpetrators in Yusuf Hawkins’ killing, at least some of them still live in New York City. Mondello, who was released in 1998 and currently resides in Staten Island, admitted shame for his role in the crime.

“That kid was shot for no reason at all. It was completely senseless,” Mondello said in 2014. “Did I know that then? Yes. I know it even more now. I would do anything to give Yusuf Hawkins his life back.”

Fama, the one who was convicted of second-degree murder, was sentenced to 32 years in prison. Currently, he is still being held at the Clinton Correctional Facility, a maximum-security prison in Dannemora, New York. He will be eligible for parole in 2022.

But nothing could ever ease the pain after Yusuf Hawkins’ murder, which is still felt by long-time residents of Brooklyn. For his mother, the grief from her son’s murder will likely never dissipate.

“My scar will never heal until the day I die,” she said. “I’m going to take it to my grave.”

Next, check out photos of the Bronx during the tumultuous 1970s and learn how the 1955 lynching of Emmett Till sparked the civil rights movement.