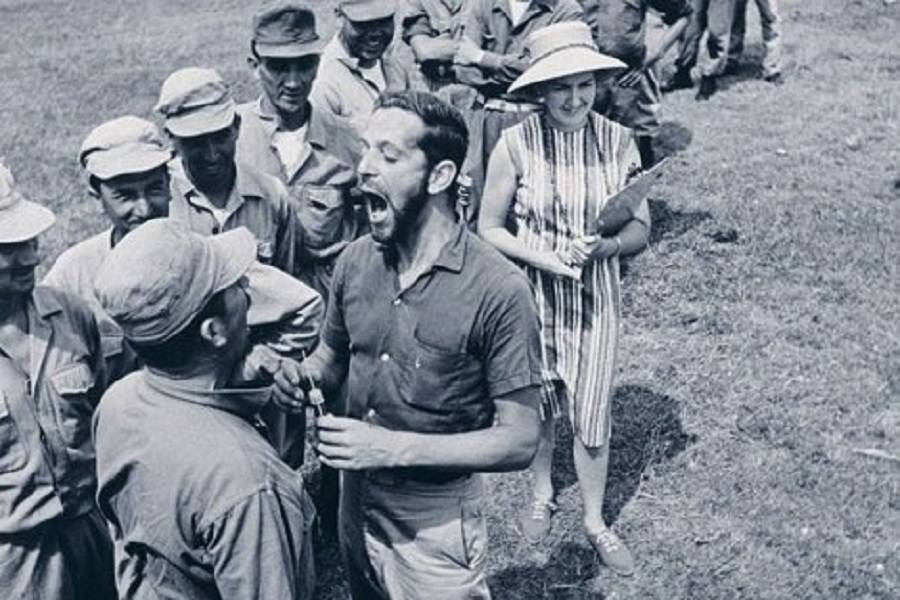 Wikimedia CommonsA doctor from Johns Hopkins examines Guatemalan men as part of a syphilis study in the early 1950s.

Disease has traditionally been more of a threat to soldiers than any weapon of the enemy. The American military in WWII was no exception, and by 1945, hundreds of thousands of men had been disabled by a particularly embarrassing family of sicknesses: venereal disease.

After the war, government scientists, along with researchers from Johns Hopkins, the Rockefeller Foundation, and one of the predecessor companies of pharmaceutical giant Bristol-Myers Squibb set out to study the spread and effects of, among other diseases, syphilis and gonorrhea. Unfortunately, they chose unwitting test subjects in Latin America for their human experiments, some of them children at the time.

Little is known about the Guatemalan VD studies because the research generated no papers for peer review and almost all government records were destroyed some years after the program concluded in 1956.

We do know, however, that the project started with deliberate exposure of Guatemalan men to infected prostitutes. When that didn’t spread the infections quickly enough, doctors from the project partnered with local physicians and inoculated patients with tinctures of infected material on the penis or by direct injections, sometimes to the spine.

Children as young as eight were given shots that were later discovered to have been hot with STDs, and their health was then charted. Some subjects were given penicillin, which was already known to be effective in treating both types of STIs, but others were left untreated to study the progression and damage caused by the infections.