While minor lapses in judgment in our daily lives — whether forgetting our wallet at home or locking our keys inside our car — are certainly annoying, the stakes are often relatively low. On rare occasions throughout history, however, one small misstep has ended in a derailed mission, massive destruction, or even death.

These are six small lapses in judgment that caused enormous historical catastrophes:

The Bay Of Pigs Invasion Was Foiled By Time Zones 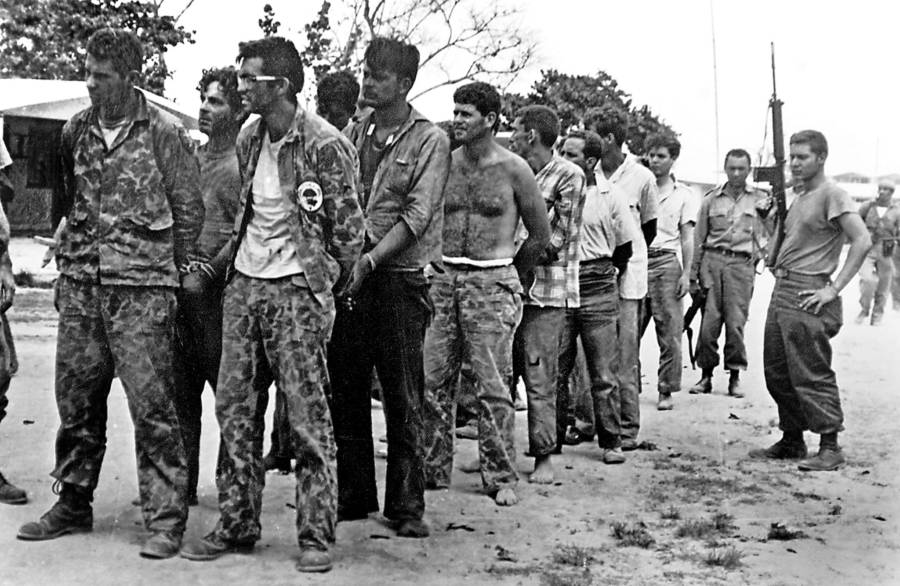 MIGUEL VINAS/AFP/Getty ImagesCuban counter-revolutionaries, members of Assault Brigade 2506, after their capture during the Bay of Pigs invasion of Cuba. April 1961.

In April 1961, the CIA joined forces with counter-revolutionary Cuban exiles to undertake a military invasion of Cuba meant to overthrow Fidel Castro’s communist regime. When it failed horribly, it cemented its ignominious place in American history and left a large stain on the presidency of John F. Kennedy, who had approved the operation.

And the reason that the mission failed so horribly all stemmed from one small error made by its architects.

Kennedy had authorized a squadron of U.S. aircraft to assist with the invasion by escorting the mission’s B-26 bombers. However, the B-26s arrived near Cuba an hour before their escorts showed up. Unprotected, the B-26s were easily shot down by the Cubans and without aerial assistance, the invaders failed, with more than 100 of them killed (and ten times that captured).

The reason why the escorts had shown up late? The CIA and the Pentagon didn’t realize that there was a time zone difference between Nicaragua, where the escorts had left from, and Cuba.