The 36-foot-long whale was only discovered in the remote jungle when swooping scavenger birds alerted local officials with their screeching. 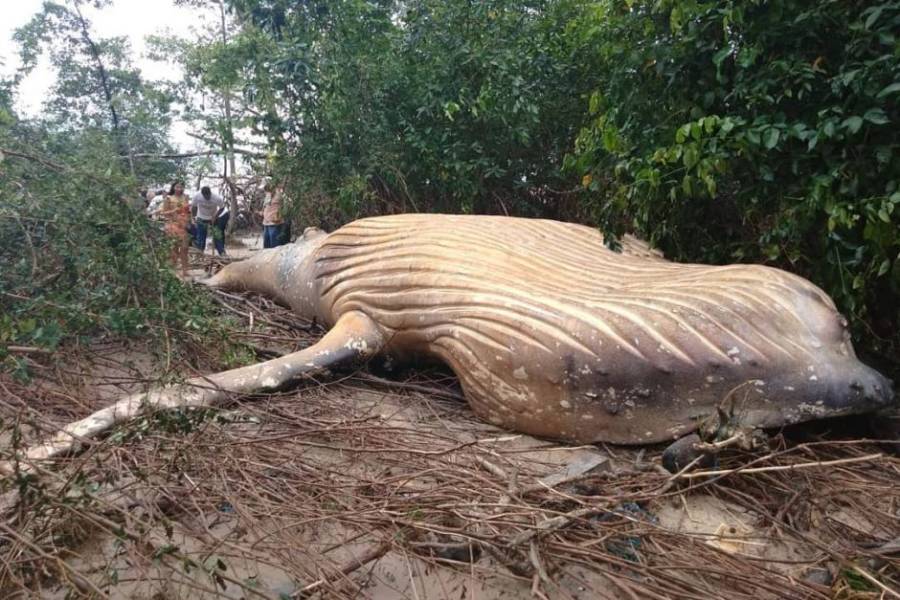 While it’s no surprise that the Amazon rainforest is teeming with life, one particular discovery last week left even a seasoned team of wildlife experts and biologists in awe — when they came across the carcass of a 10-ton humpback whale in the shrubbery of Brazil’s Marajó Island.

Preliminary theories suggest that the whale washed ashore during a storm or that it was already dead when rising tides carried it on land — but scientists are confused as to how it managed to travel so far inland, or why it was swimming off the Marajó coast at all.

Pará state officials from the health, sanitation and environment department explained that only swooping scavengers hovering above the whale’s decomposing, 36-foot-long body alerted them to its presence, The Independent reported. 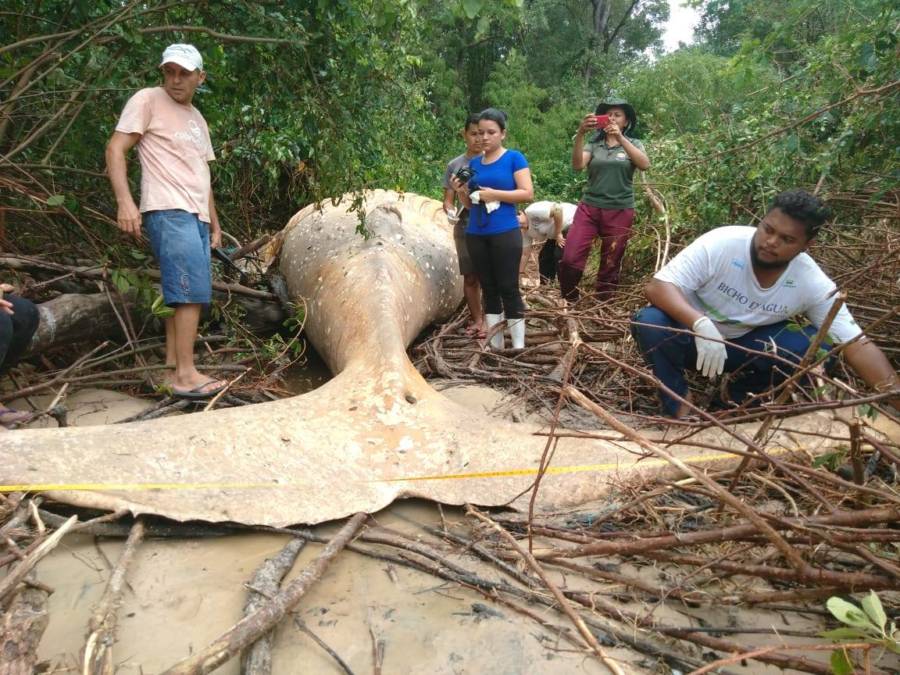 Bicho D’agua Institute/FacebookOne possibility is that the animal was already dead when it washed ashore.

The animal is now being examined by marine specialists from local conservation group Bicho D’agua Institute, with preliminary assessments suggesting that the young whale died a few days before being found some 50 feet from the shore. Project leader Renata Emin, however, is still captivated by the mammal’s discovery and intrigued about its journey.

“We’re still not sure how it landed here, but we’re guessing that the creature was floating close to the shore and the tide, which has been pretty considerable over the past few days, picked it up and threw it inland, into the mangrove,” she said.

“Along with this astonishing feat, we are baffled as to what a humpback whale is doing on the north coast of Brazil during February because this is a very unusual occurrence,” she added.

Humpback whales are typically found in late summer and fall seasons, and much farther south. They have ventured north to the mouth of the Amazon River before — but it’s extremely rare. Emin posited that the young animal was separated from its mother, but the cause of death is still unknown.

“Depending on the state of decomposition, some information may already have been lost,” said Emin. “We are collecting as much information as we can get and identifying marks and wounds on its body to see if it was caught in a net or hit by a boat.”

State department official Dirlene Silva explained that access to the carcass and its region of discovery is so challenging that it has to be examined and pulled apart where it was found. 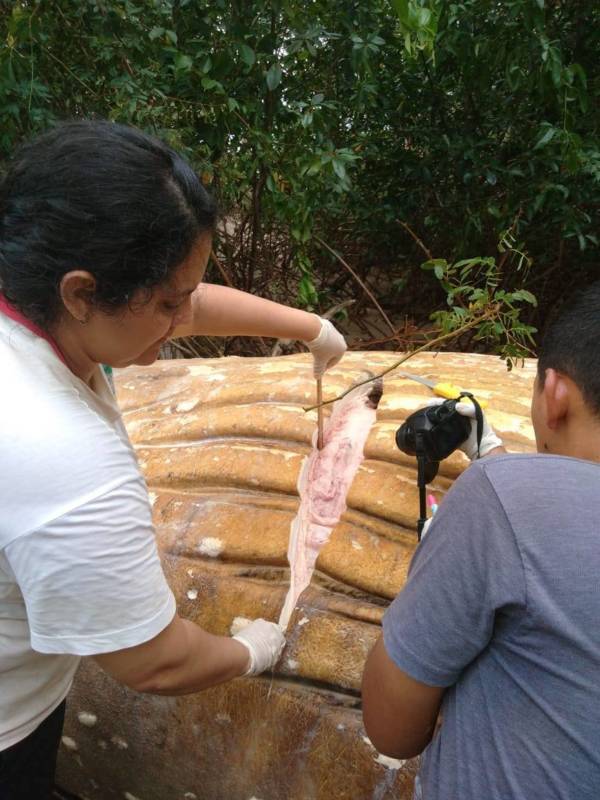 Bicho D’agua Institute/FacebookExperts are taking samples in an effort to narrow down the possible causes of death.

“It’s very difficult to get there and there’s no way we can send a bulldozer because it would not get through,” said Silva. “There is no way to remove it. To get there, we need to cross the swamp.”

As for the whale’s skeleton, however, the plan is to dismantle and preserve it — so that the natural history museum in the nearby capital of Belém can conserve it, study, and learn from it. Hopefully, this will begin to reveal what exactly happened to this baby humpback — so that the same thing might not also happen to others.

After reading about a humpback whale carcass being discovered in the Amazon jungle, read about the dinosaur-like animal carcass discovered with its flesh seemingly intact. Then, learn about the dead whale discovered with a giant ball of plastic bags inside of it.