Inca Child Sacrifices Were Left On Top Of Volcanoes To Be Struck By Lightning, According To New Study

If a child was struck by lightning, that meant the gods accepted the sacrifice. 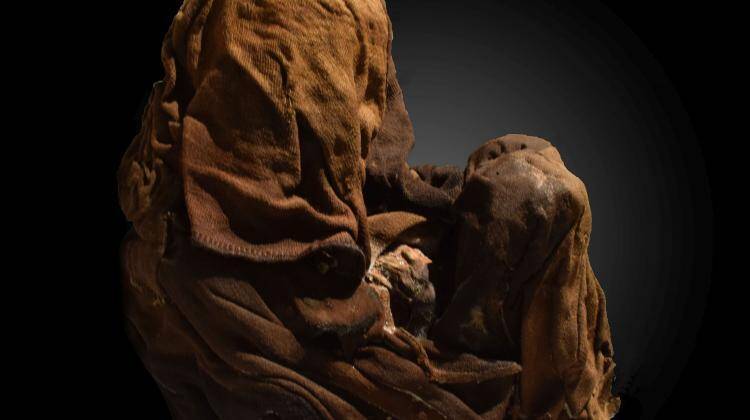 Dagmara SochaIncas considered children to be pure, thus making them the ideal human sacrifice to offer the gods.

New research on the remains of a handful of Inca child sacrifice victims has given scientists more clues as to how this sacrificial practice was carried out, and even more information about the children themselves.

Newsweek reports that researchers believe the victims’ bodies were purposefully left on stone platforms high at the top of a volcano so that they could be struck by lightning. Whether or not a sacrificed child was hit by lightning would let the Incas know if the sacrifice was accepted by the gods.

“According to the Incas, a person struck by lightning received great honor — a god expressed interest in that person,” said Dagmara Socha, a bioarchaeologist at the University of Warsaw. She spoke with PAP, a science news outlet run by the Polish government.

For this study, researchers examined the remains of six children found on two volcanoes in Peru, Ampato and Pichu Pichu. The remains were first discovered decades ago by Dr. Johan Reinhard and are in varying states of preservation. In order to examine the valuable specimens without causing more damage, the scientists used advanced x-ray imaging and 3D modeling. 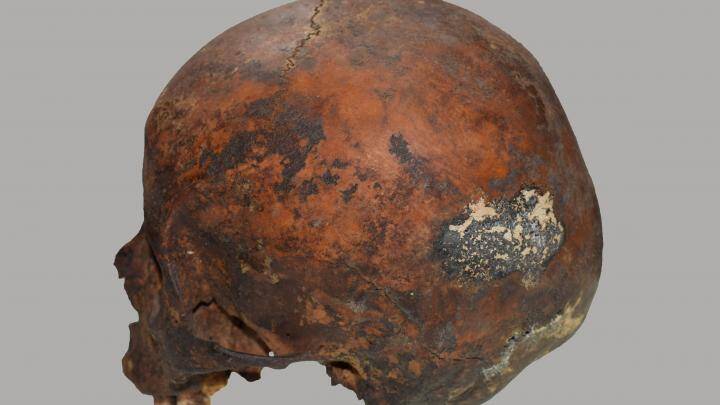 Dagmara SochaSkull of a boy sacrificed at the Ampato volcano in Peru, showing signs of a lightning strike.

Socha and her study co-author, Rudi Chavez Perea, the director of the Museo Santuarios Andinos of the Catholic University of Santa Maria in Arequipa in Peru, found several clues that hinted at the lightning strikes endured by the children’s bodies.

Some the remains, which were sacrificed some 500 years ago, had burn marks on their soft tissue and their clothing. The stone platforms where their bodies were left also showed signs of being struck repeatedly while the soil around the sacrificial sites appeared to have crystallized from the impact of the bolts.

Socha and Perea also found some clues as to where these children came from.

One female victim, dubbed “Lightning Girl” by scientists, showed a deliberately elongated head which was a common practice among Incas living in the coastal areas, not those in the high mountains.

There were also irregularities in the girl’s tooth enamel structure, which indicate that she was either starved or experienced a great deal of stress at one point, likely when she was about three years old.

“I suppose it was then that the girl was taken away from her parents and brought to Cuzco, the capital of the Inca empire, where the girl was being prepared for three years to be sacrificed at the top of the volcano,” Socha hypothesized. 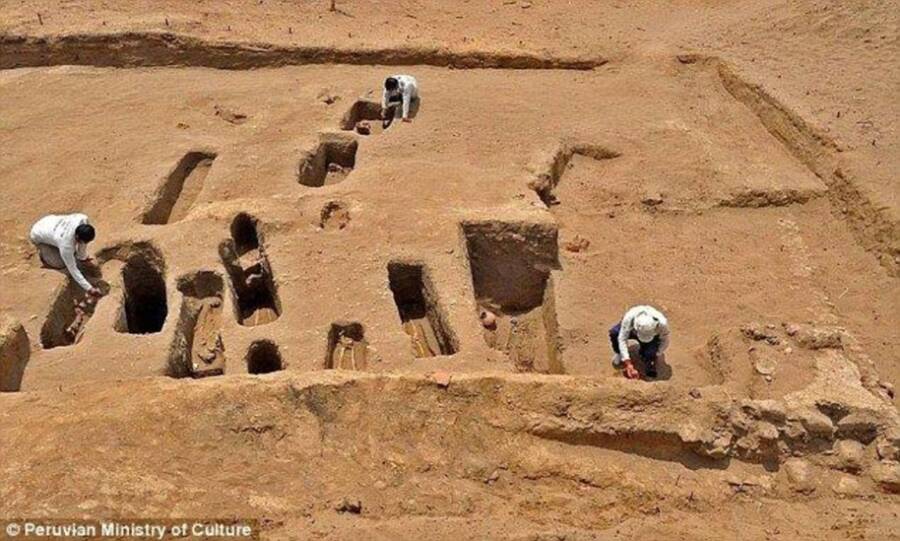 Peruvian Ministry of CultureIn 2016, archaeologists discovered 17 graves of children who had been sacrificed by the Incas in Peru.

Previous research which examined hair samples from the child victims suggests they were chosen many years in advance, and were “fattened up” before their deaths.

The isotope analysis of these hair samples also indicated that the children were drugged with alcohol and coca plants — from which cocaine is derived — before they were killed. Researchers believe it helped sedate them.

One of the mummified child victims, known by researchers as the “Llullaillaco Maiden,” was found with a lump of chewed coca leaves in her mouth.

The Incas believed it to be a great honor for a family to have a child taken as a sacrifice. But how were the children chosen? Archaeologists aren’t entirely sure but, according to Socha, “they certainly had to have some exceptional traits, such as beauty or ancestry.”

Next, the team plans to conduct more analyses on the children’s remains, which are kept in cold storage at the Museo Sancturios Andinos. They plan to study tooth samples so they can determine the victims’ diets and places of origin, which, hopefully, will shed more light on these lost lives.

Now, read the story of Roy Sullivan, the man who got struck by lightning seven times and lived, and learn about the Inca “princess” mummy that was returned to Bolivia after 129 years.