Roy Sullivan was either the luckiest or the unluckiest man in the world, depending on how you look at it. 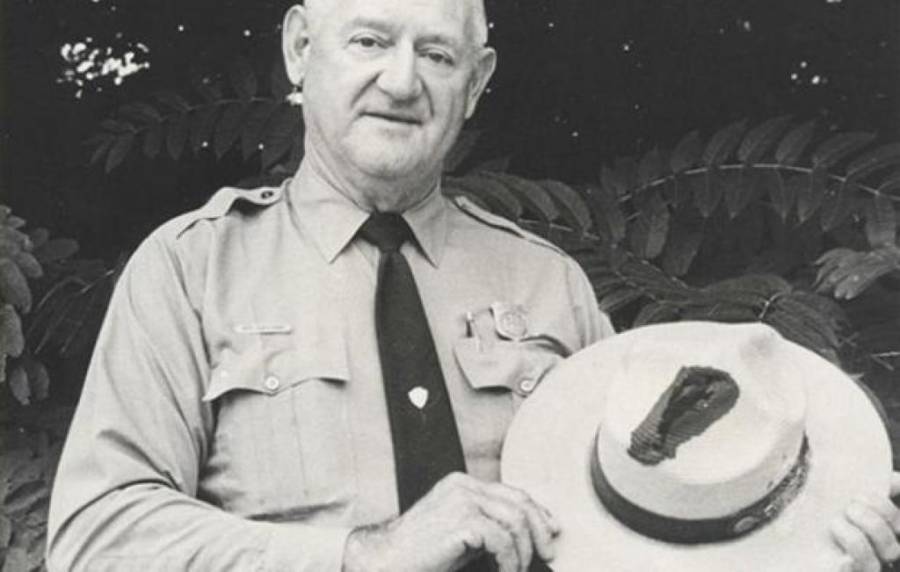 Roy Sullivan was born in Greene County, Va. in 1912. The fourth of eleven children, he grew up in the Blue Ridge Mountains and was accustomed to the outdoors.

Education wasn’t a priority in his childhood, and he never graduated from high school, but he put his knowledge of the outdoors to good use. He joined the Civilian Conservation Corps and worked to build Shenandoah National Park where he was a Park Ranger from 1936 until his retirement.

Although it can be a physically demanding job, Sullivan had a more physically taxing career than most. Between 1942 and 1977, he was struck by lightning seven times.

The first strike occurred in 1942 when Sullivan was on duty in a fire tower in an overlook called Millers Head in Shenandoah National Park when a thunderstorm hit. Lightning struck the fire tower repeatedly, setting it on fire. Sullivan tried to flee but was struck by lightning a few feet from the tower, burning a half-inch strip in his right leg and hitting his toe, leaving a bloody mess and a hole clean through his shoe. He considered it his worst lightning strike.

Twenty-seven years later in July 1969, Sullivan was again on duty, this time driving on a mountain road when lightning struck through the open window of the truck. His hair caught fire and he lost consciousness. The out-of-control truck kept rolling and came to stop near the edge of a cliff.

The following year, Roy Sullivan was simply standing by his garden on his own property when lightning struck a nearby power transformer and then jumped to him, knocking him over and leaving slight burns on his left shoulder.

His fourth and fifth strikes also occurred on duty.

In 1972, Sullivan was working in his ranger station when another storm struck, once again setting his hair on fire, forcing him to place damp towels on his head to extinguish the flames. In August 1973, Sullivan was at work when he saw a storm cloud approaching. He tried to outrun it, but a lightning bolt hit him. This incident led him to believe that there may be something about him that attracted lightning, saying “I have never been a fearful man. But…when I hear it thunder now, I feel a little shaky.”

It’s not like Roy Sullivan’s belief was unfounded, since he was struck twice more. On June 5, 1976, Sullivan again tried to outrun a storm cloud that seemed to be following him, striking him again and injuring his ankle.

His final lightning strike occurred on June 25, 1977, when he was fishing in a pond. The lightning struck him, once again setting his hair on fire and burning his chest and stomach.

As if that weren’t enough, after he was hit, a bear came up to him and tried to steal the trout from off of his line, prompting Sullivan, already in pain, to strike at the bear with a stick and drive it away.

Roy Sullivan is either the luckiest or unluckiest man, depending on how you look at it. Despite being struck by lightning an odds-defying seven times, he lived to be 72. He died from a self-inflicted gunshot wound on Sept. 28, 1983 as the result of depression caused by an unrequited love affair

He remains in the Guinness Book of World Records as the person struck by lightning the most times.

Next, check out just what lightning strikes do to the human body. Then, check out these incredible photographs of lightning.