Explaining the unusual architectural phenomenon of the whispering gallery that carries even the quietest words across dozens of feet amid swells of croud noise. 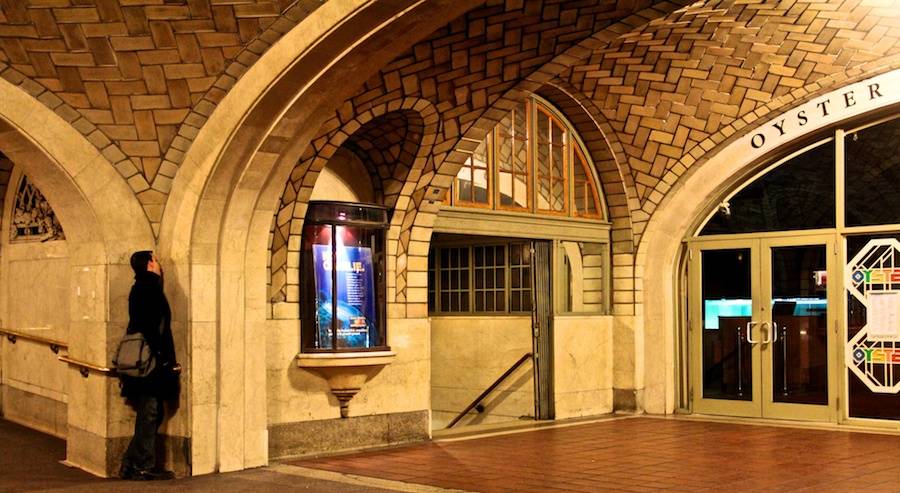 In terms of area and number of platforms, New York’s Grand Central Terminal is the largest train station in the world. Built in 1913, this landmark welcomes an average of about 750,000 visitors each day.

But in the midst of the cacophonous swells of tourists, not to mention commuters and vendors, Grand Central has one quiet little secret. Located on the less hectic lower level and with no great fanfare to announce its presence lies the whispering gallery, also called the whispering wall, a tiny secret that stands apart from the surrounding commotion of city life.

At the whispering gallery, four arched entryways stand in a square formation. And if you whisper something into the arch and someone else stands with their ear to the arch diagonal from yours about 30 feet away, they’ll be able to clearly hear what you said — despite both the distance and the tremendous noise common to Grand Central.

That other person probably wouldn’t have been able to hear your words if they’d been standing just a few feet from you, thanks to the commotion. But due to the power of the whispering gallery, they can hear you loud and clear from a great distance along the arch — hence the appeal of this captivating New York City secret.

Grand Central Terminal, located on 42nd Street in Midtown Manhattan, is perhaps as well-known for its rich history and beautiful architecture as it is for being a major working transportation hub.

First opened as Grand Central Depot in 1871, the terminal started small. But following a series of major renovations over the course of decades, the site grew to cover more than 900,000 square feet and more than 60 tracks — and one little whispering gallery.

The gallery sits below the main concourse, right outside the popular Oyster Bar restaurant. All you have to do is simply face one of the four archway corners and speak softly into it. The sound will follow the curve of the ceiling, going up the domed wall and coming back down the other side to the ear of someone standing diagonally from you.

In addition to being an acoustic marvel, the gallery is also noted for its beauty. The whispering gallery’s distinctive tile work is called “Gustavino” after the Spanish tile worker Rafael Guastavino, who designed the sweeping archways in 1913.

Given both its beauty and its ability to carry an intimate whisper, it’s no surprise to learn that the gallery is said to be a popular spot for marriage proposals. In fact, one popular yet perhaps apocryphal story says that revered jazz musician Charles Mingus proposed to his fiancée at the whispering gallery circa 1966.

The Practical Magic Behind Whispering Galleries

People who test out the whispering gallery are continuously delighted and amazed by it — even infamously jaded New Yorkers. And surely the big reason for such wonderment is the basic curiosity of how such a phenomenon is possible.

So how does it work?

Like most seemingly magical things, there’s a science to the whispering gallery (though it wasn’t designed for the purpose of carrying sound as it does — that was a happy accident).

So by simply speaking into one corner, the sound waves are trapped and have no choice but to shoot up and follow the arch to another corner. The waves, which are sometimes called whispering-gallery waves, cling to the walls as they travel around the arch’s circumference.

As incredible as this phenomenon is, it’s far from specific to the whispering gallery in Grand Central Terminal.

There are actually whispering galleries all over the world. Saint Paul’s Cathedral in London has one, as does the Mormon Tabernacle in Utah, the Gol Gumbaz Mausoleum in India, and many other places.

Being Heard In A City Of Noise 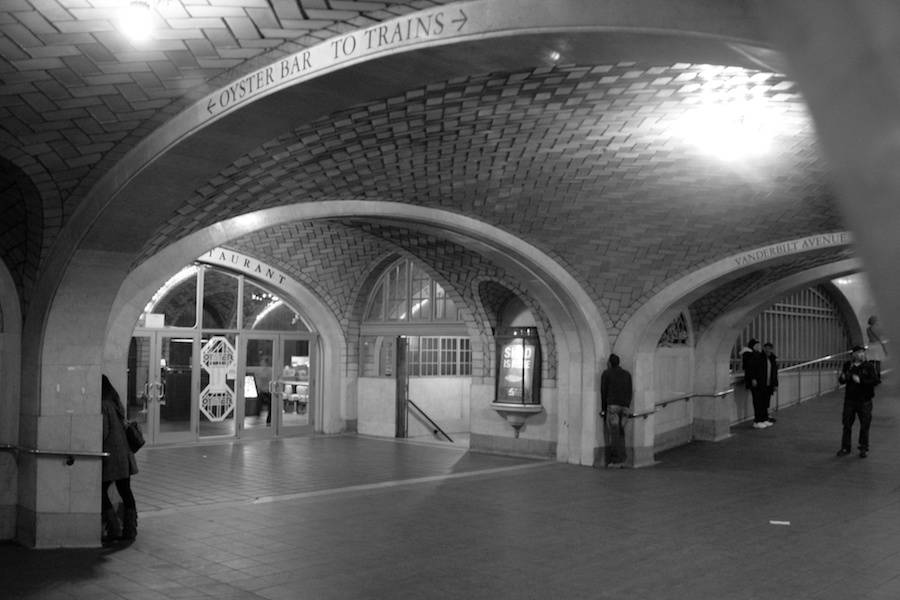 Then why is the Grand Central whispering gallery so beloved by those that know of it? Maybe it has to do with its juxtaposition, the incongruency of it. Grand Central is so busy that to simply stand stationary while inside goes against the norm. So there’s a certain thrill that comes with being able to so clearly hear a quiet voice in a place notorious for loud crowds.

Apparently, enough people are captivated by the gallery that Grand Central promised beforehand (and followed through on that promise) to not disturb the phenomenon when they renovated the area in 2012.

After this look at Grand Central’s whispering gallery, see the most incredible vintage photos of old New York before the skyscrapers. Then, discover some interesting New York facts that’ll leave you astounded.