Hundreds of people have passed by the body of Tsewang Paljor, better known as Green Boots, but few of them actually know his story.

Wikimedia CommonsThe body of Tsewang Paljor, also known as “Green Boots”, is one of the most famous markers on Everest.

The human body was not designed to endure the types of conditions found on Mount Everest. Besides the chance of death from hypothermia or lack of oxygen, the drastic change in altitude can trigger heart attacks, strokes, or brain swellings.

In the mountain’s Death Zone (the area above 26,000 feet), the level of oxygen is so low that climbers’ bodies and minds begin shutting down.

With only a third of the amount of oxygen there is at sea level, the mountaineers face as much danger from delirium as they do from hypothermia. When Australian climber Lincoln Hall was miraculously rescued from the Death Zone in 2006, his saviors found him stripping off his clothes in the sub-zero temperatures and babbling incoherently, believing himself to be on a boat.

Hall was one of the lucky few to make the descent after being beaten by the mountain. From 1924 (when adventurers made the first documented attempt to reach the peak) to 2015, 283 people have met their deaths on Everest. The majority of them have never left the mountain. 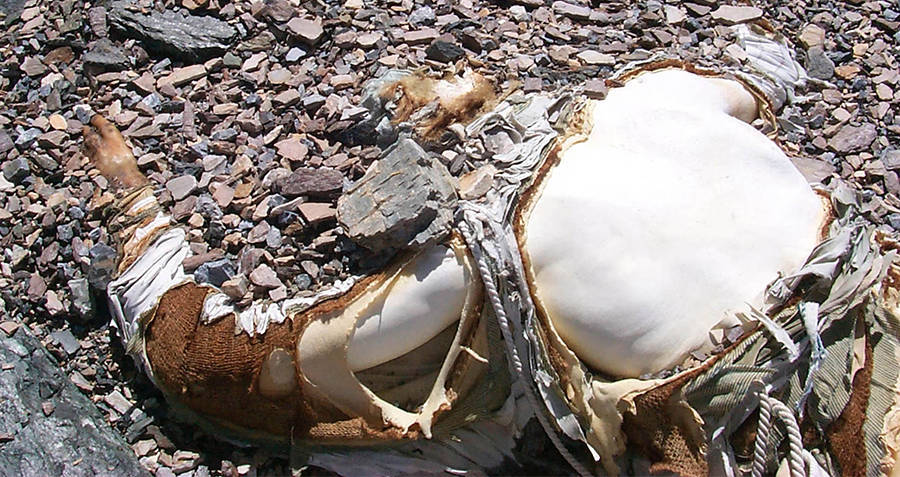 Dave Hahn/ Getty Images George Mallory as he was found in 1999.

George Mallory, one of the first people to try and scale Everest, was also one of the mountain’s first victims

Climbers are also at risk from another kind of disease of the mind: summit fever. Summit fever is the name that has been given to the obsessive desire to reach the top that leads climbers to ignore the warning signs from their own bodies.

This summit fever can also have lethal consequences for other climbers, who may become dependent on a good Samaritan if something goes wrong during their ascent. David Sharp’s 2006 death sparked huge controversy since around 40 climbers passed him by on their way to the summit, supposedly not noticing his near-fatal condition or abandoning their own attempts to stop and help.

Rescuing live climbers from the Death Zone is risky enough, and removing their bodies is almost impossible. Many unfortunate mountaineers remain exactly where they fell, frozen in time forever to serve as macabre milestones for the living.

One body that every climber en route to the summit must pass is that of “Green Boots,” who was one of the eight people killed on the mountain during a blizzard in 1996.

The corpse, which received its name because of the neon green hiking boots it wears, lies curled up in a limestone cave on Mount Everest’s Northeast ridge route. Everyone who passes through is forced to step over his legs in a forceful reminder that the path is still treacherous, despite their proximity to the summit.

Green Boots is believed to be Tsewang Paljor (whether it is Paljor or one of his teammates is still up for debate), a member of a four-man climbing team from India who made their attempt at reaching the summit in May of 1996.

28-year-old Paljor was an officer with the Indo-Tibetan border police who grew up in the village of Sakti, which lies at the foot of the Himalayas. He was thrilled when he was selected to be part of the exclusive team that hoped to be the first Indians to reach the top of Everest from the North side. 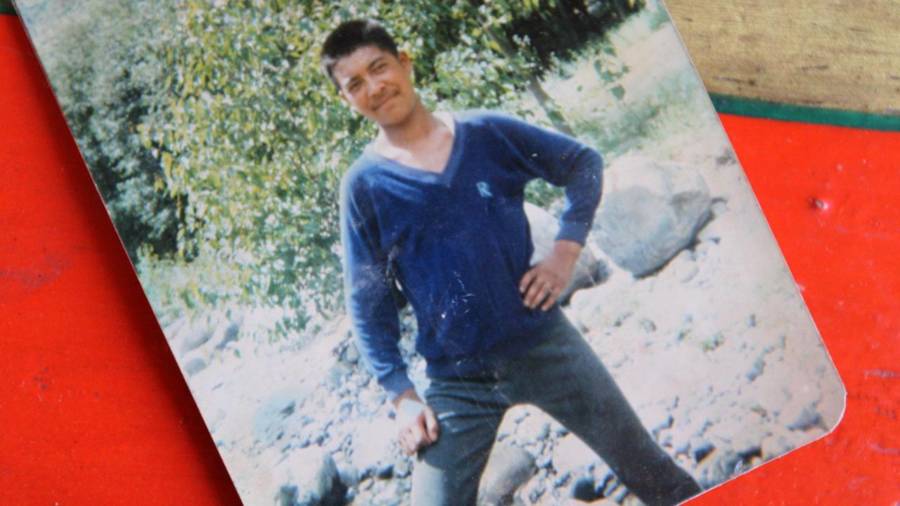 Rachel Nuwer/BBCTsewang Paljor was a 28-year old policemen who became one of Mount Everest’s nearly 300 victims.

The team set off in a flurry of excitement, not realizing most of them would never leave the mountain. Despite Tsewang Paljor’s physical strength and enthusiasm, he and his teammates were completely unprepared for the perils they would face on the mountain.

Harbhajan Singh, the expedition’s sole survivor, recalled how he was forced to fall back due to the steadily worsening weather. Although he tried to signal to the others to return to the relative safety of the camp, they pushed on without him, consumed by summit fever.

Tsewang Paljor and his two teammates did indeed reach the summit, but as they made their descent they were caught up in the deadly blizzard. They were neither heard nor seen from again, until the first climbers seeking shelter in the limestone cave came upon Green Boots, huddled frozen in an eternal attempt to shield himself from the storm.

After learning about Tsewang Paljor, the infamous Green Boots of Mount Everest, check out the discovery of George Mallory’s body. Then, read about Hannelore Schmatz, the first woman to die on Mount Everest.