At the height of the Cuban Missile Crisis, Soviet submarine commander Vasili Arkhipov had the power to decide whether or not World War III would begin. He chose wisely. 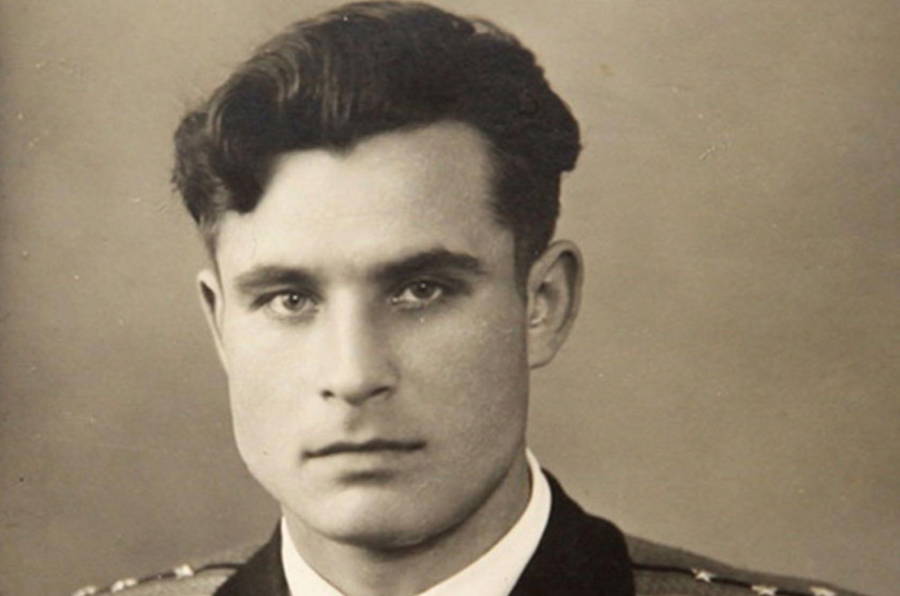 With the United States and the Soviet Union on the brink of nuclear war, the 1962 Cuban Missile Crisis was one of the tensest moments in modern history. But at the peak of the crisis, one Soviet naval officer managed to keep a cool head and avert nuclear devastation.

Most people today may not know the name Vasili Arkhipov. But after learning his story, you’d be hard-pressed to say he didn’t in fact save the world. 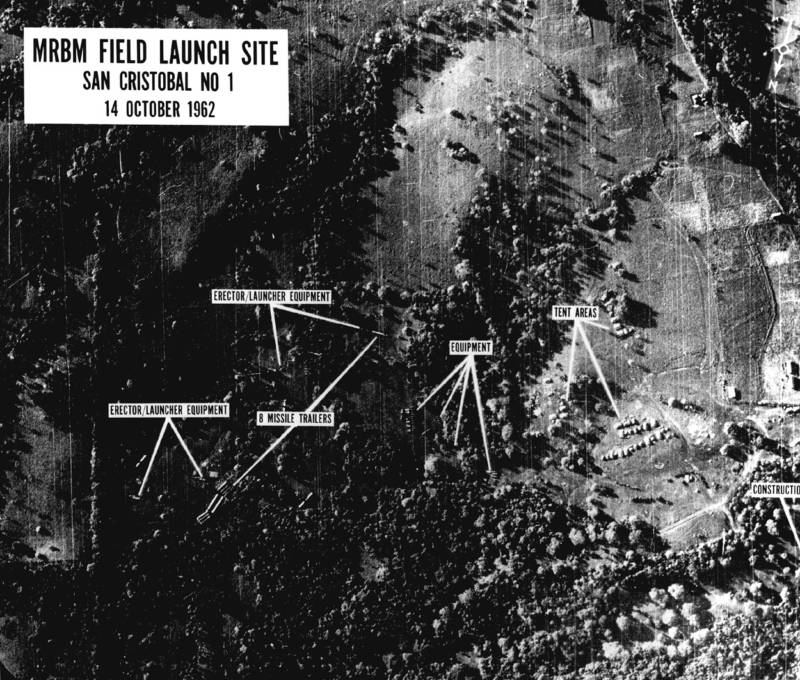 Between October 16 and October 28, 1962, the Cuban Missile Crisis saw the United States and the Soviet Union engaged in a potentially cataclysmic standoff. The two superpowers were never closer to nuclear war than they were during those 13 days.

In the words of John F. Kennedy administration staffer Arthur Schlesinger, “It was the most dangerous moment in human history.”

After weeks of U.S. intelligence gathering that pointed toward a Soviet arms buildup in Cuba, the inciting incident came on Oct. 14 when an American spy plane flying over the island photographed missile sites under construction. With Cuba a mere 90 miles from the U.S. mainland, missiles launched from there would be able to strike most of the eastern United States within a matter of minutes.

The Soviets and their fellow communist allies in Cuba had secretly reached a deal to place those missiles on the island in July. The Soviets wanted to shore up their nuclear strike capabilities against the U.S. (which had recently placed missiles in Turkey, bordering the Soviet Union, as well as Italy) and the Cubans wanted to prevent the Americans from attempting another invasion of the island like the unsuccessful one they’d launched in April 1961.

Whatever reasons the Soviets and Cubans had, the Americans now needed to deal with this tremendous perceived threat to their national security.

President Kennedy decided against a direct attack on Cuba, opting instead for a blockade around the island to prevent Soviet ships from accessing it, which he announced on Oct. 22. He then presented the Soviets with an ultimatum, demanding that they remove the nuclear missiles from Cuba.

But while the two countries’ leaders were handling the negotiations, they were largely unaware of a much more precarious situation that was going on below the surface in the Caribbean. 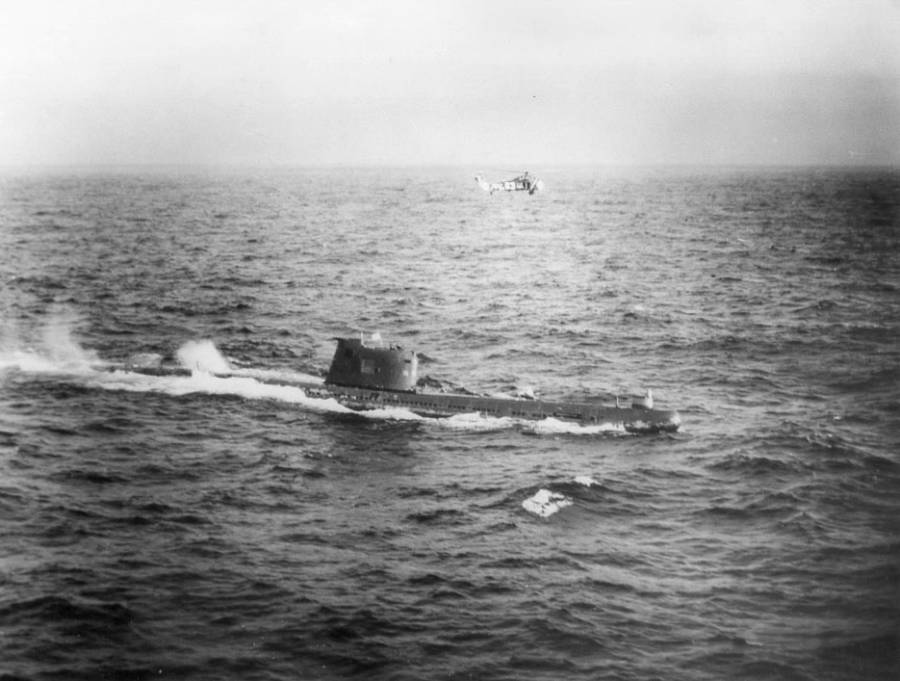 Soviet Naval officer Vasili Arkhipov, 34, was one of the three commanders aboard the B-59 submarine near Cuba on Oct. 27. They had received an order from Soviet leadership to stop in the Caribbean short of the American blockade around Cuba. They then dove deep to conceal their presence after being spotted by the Americans and were thus cut off from communication with the surface.

In hopes of relocating the sub, the U.S. Navy began dropping non-lethal depth charges in hopes of forcing the vessel to surface. What the U.S. Navy didn’t realize was that the B-59 was armed with a nuclear torpedo, one they’d been instructed to use without waiting for approval if their submarine or their Soviet homeland was under fire.

Cut off from communication with the outside world, the panicked Soviet sailors feared that they were now under attack. From what little they knew of what was happening above the surface, it seemed possible that nuclear war had already broken out.

With tensions running high (and the air conditioning out), the conditions inside the sub had begun to deteriorate quickly as the crew grew ever more fearful. As one man on board, Anatoly Andreev, wrote in his journal:

“For the last four days, they didn’t even let us come up to the periscope depth … My head is bursting from the stuffy air. … Today three sailors fainted from overheating again … The regeneration of air works poorly, the carbon dioxide content [is] rising, and the electric power reserves are dropping. Those who are free from their shifts, are sitting immobile, staring at one spot. … Temperature in the sections is above 50 [122ºF].”

As the B-59 shook with repeated depth charges on either side, one of the three captains, Valentin Savitsky, decided that they had no choice but to launch their nuclear torpedo. Savitsky had his men ready the onboard missile, as strong as the bomb dropped on Hiroshima, planning to aim it at one of the 11 U.S. ships in the blockade.

“We’re gonna blast them now!,” Savitsky reportedly said. “We will die, but we will sink them all – we will not become the shame of the fleet.”

However, Savitsky needed the approval of both of the sub’s other two captains before launching the weapon. The second captain, Ivan Maslennikov, approved the strike. But Vasili Arkhipov said no.

Somehow keeping a level head in the midst of chaos, Arkhipov reportedly managed to convince Savitsky that the Americans were not actually attacking them and that they were only firing depth charges in order to get the Soviets’ attention and merely draw them to the surface.

Arkhipov was right. The submarine surfaced and, satisfied that all-out war had not actually been taking place above, turned around and went on its way. The Americans wouldn’t find out until decades later that the submarine had been carrying a nuclear missile. 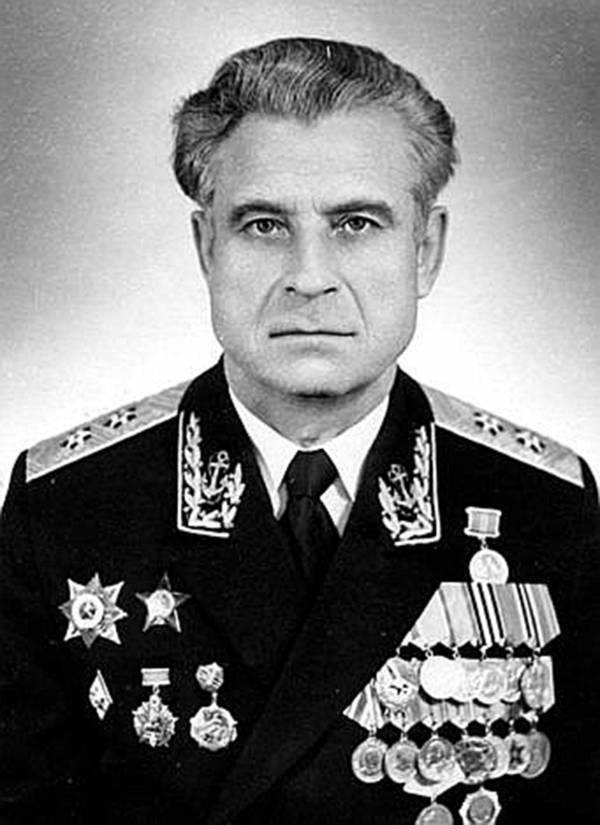 Had Vasili Arkhipov not been there to prevent the torpedo launch, historians agree that nuclear war would likely have begun. “Had it been launched,” the Guardian wrote, “the fate of the world would have been very different: the attack would probably have started a nuclear war which would have caused global devastation, with unimaginable numbers of civilian deaths.”

Nevertheless, Arkhipov and his comrades faced criticism from Soviet leaders who thought the B-59 should never have risen to the surface and revealed itself after the Americans dropped the depth charges. However, Vasili Arkhipov remained in the Soviet Navy until the 1980s and eventually died at the age of 72 in 1998.

His heroic moment during the Cuban Missile Crisis didn’t become public knowledge until 2002. It was then that former Soviet officer Vadim Orlov, who was on the B-59 with Arkhipov, revealed what had happened on that fateful day 40 years before when one man most likely saved the world.

After this look at Vasili Arkhipov, read up on Stanislav Petrov, another Cold War hero who saved the world from nuclear annihilation. Then, experience the best photos and stories from the Cold War.