These images have given researchers new insights into the previously unknown civilization, but have also raised many questions. 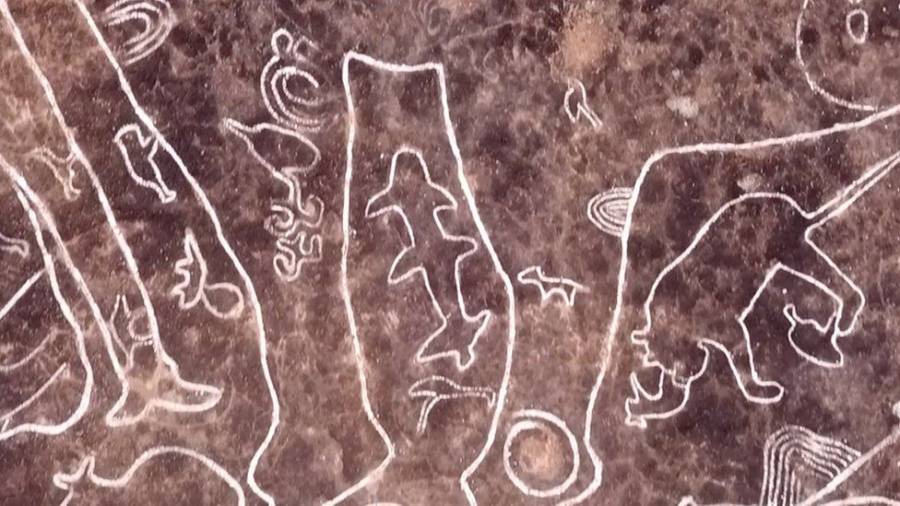 BBC MarathiSome of the rock carvings found in Maharashtra.

A new discovery in western India has stunned archaeologists and hinted at the existence of a previously unknown ancient civilization.

According to the BBC, a pair of explorers found thousands of rock carvings (known as petroglyphs) in the Konkan region of western Maharashtra. The images, which date back to 10,000 B.C., are carved into flat hilltops and were mainly found in the Ratnagiri and Rajapur areas of the region.

The carvings — which depict a wide variety of things such as animals, humans, birds, and geometric shapes — have given archaeologists groundbreaking insights into the ancient history of the area. 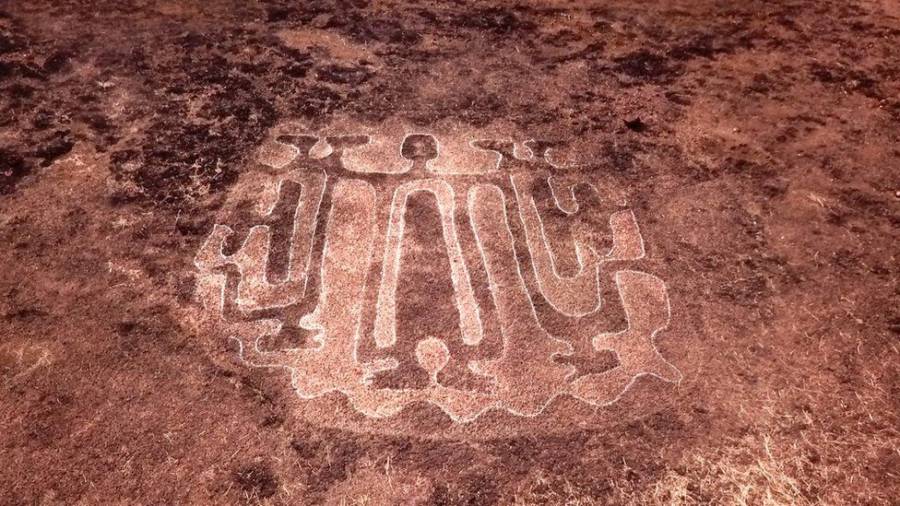 BBC MarathiOne of the rock carvings found in Maharashtra.

“We have not found any pictures of farming activities,” Tejas Garge, the director of the Maharashtra state archaeology department, told the BBC. “But the images depicted hunted animals and there’s detailing of animal forms. So this man knew about animals and sea creatures. That indicates he was dependent on hunting for food.”

However, one question the researchers haven’t found the answer to is why animals that aren’t native to that region of India, like rhinoceroses, are the subject of some carvings. One possible theory is that the people who created the images moved from an area where those animals lived while another theory is that back when the carvings were created, those creatures did roam the region.

Some of the petroglyphs in the Ratnagiri area.

For the most part, these carvings stayed hidden from human eyes underneath layers of dirt. Eventually, the petroglyphs were first uncovered only recently by Sudhir Risbood and Manoj Marathe, who began searching for them as sort of a passion project after they found a few in the area.

“We walked thousands of kilometers,” Risbood told the BBC. “People started sending photographs to us and we even enlisted schools in our efforts to find them. We made students ask their grandparents and other village elders if they knew about any other engravings. This provided us with a lot of valuable information.”

All in all, it’s now clear that 52 villages in the region contain petroglyphs, though only five of them knew that the carvings existed previously. Those that were aware of the images considered them to be holy and some even worshipped them.

Now, with so many more petroglyphs having come to light, researchers hope to learn more about the mysterious peoples that created them long ago.

Next, check out the mysterious Nazca Lines, perhaps the world’s most famous geoglyphs. Then, discover the most interesting facts about India.