Indonesia Is Burning, And The World Hasn’t Noticed 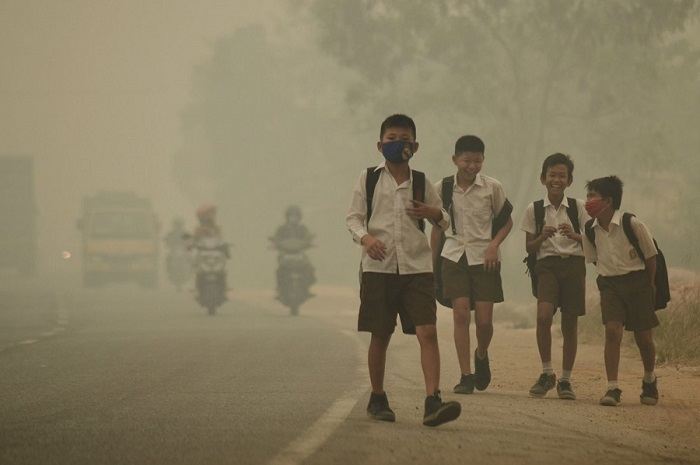 The hypothetical “If a tree falls into the woods…” question explores how the experience of an event makes an event “real.” So what happens if an entire forested country burns and releases a toxic and deadly haze, and the media doesn’t cover it?

Indonesia is burning. More than 3,000 miles of burning forest and peat have already emitted more carbon dioxide in the past few months than the annual emissions of Germany.

It’s the worst set of fires the country has seen since 1997, a year in which 15,000 children under the age of three died from air pollution. More than 500,000 respiratory tract infections have been reported since July 1, and Indonesia’s 43 million people have been inhaling toxic fumes for months. Some children have already died from complications, while others have been evacuated out of the country on emergency warships. Blame the Indonesia fire’s slow burn, or global short attention spans for a lack of coverage, but this story has been building for months without much of an audience — and it’s not just an Indonesian problem.

“Large parts of Indonesia have now been in a state of emergency for over a month,” Dr. Eric Meijaard, an Indonesia-based associate professor at University of Queensland, wrote in an editorial for the Jakarta Globe. “Why has there not been a nationally declared total fire ban advertised 24/7 on all television channels? Why has there not been a clear message: you burn – you go to jail?” 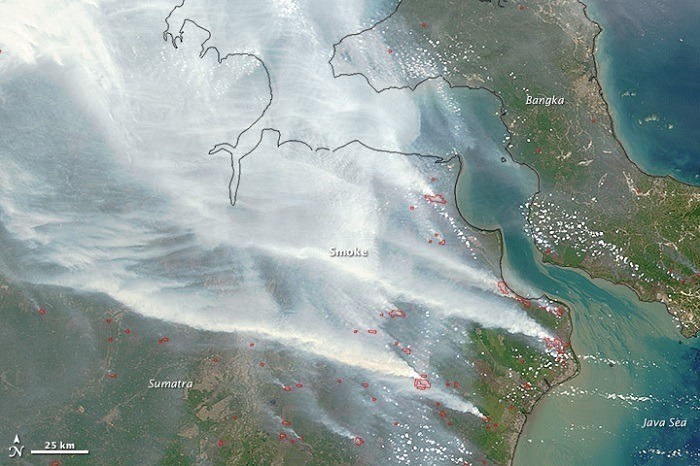 An image of the smoke seen from space back in September. Image Source: NASA

Meijaard is referring to the “slash and burn” practices that take place in Indonesia, where people regularly cut down trees and burn parts of the forest to clear land, cultivate wood and hopefully palm oil, a widely consumed vegetable oil that’s used in everything from lipstick to margarine to soap. While some have looked to El Niño — a weather trend which drives rain away from Indonesia — to help explain the severity of the fires, others like Meijaard look to the government’s role in the ongoing crisis. In pursuit of timber, palm oil and pulpwood-related profits, these critics say, thousands are getting sick.

“The forests in Indonesia are generally not flammable, so these fires are virtually all caused by people or land clearing,” Susan Minnemeyer, data manager for Global Forest Watch Fires, told the Washington Post.

As for all the smoke, it’s not coming from Indonesia’s living plants, but the layers of peat underneath them. This makes the problem that much worse: the peat smolders and keeps fires burning for months while releasing 10 times more methane (which is 21 times more potent of a greenhouse gas than carbon dioxide) than a normal fire. In the worst hit areas of Sumatra and Kalimantan, the Pollutant Standard Index has put pollution levels around 2,000 (anything above 300 is considered hazardous). The toxic haze is also affecting other countries as it drifts over Thailand, Singapore and Malaysia. 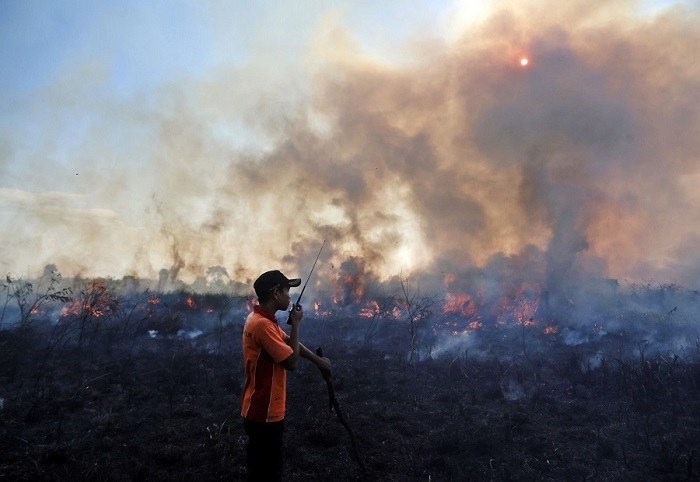 Peat on the ground level has contributed the most to the air pollution from the fires. Image Source: Treeangle

Indonesian President Joko Widodo isn’t completely ignoring the international emergency, but it took the circulation of the hashtag #EvacuateUs for some government members to respond. The government has since deployed 30 aircrafts and more than 22,000 troops to fight the fires, as well as commissioned warships and state-owned ferry boats to ship people out of the worst hit areas. It has also since passed pro-palm oil production legislation, which critics say will continue the deadly burn.

An entire country has been inhaling toxic fumes since the summer, in what some have estimated to be a $30 billion USD problem made that much worse given Indonesia’s already weak economy. The fires continue to blaze. Thus the question remains: why hasn’t this gotten coverage? Other crises — notably horrific terrorist attacks in Paris, American gun violence and wildfires — continue to kill innocent people, as the Indonesian fires are doing now.

Unlike these crises, the Indonesian fires are borne out of natural resource-led production in an international commodity market, with their costs — the smoldering fires — being shared across the world via greenhouse gas emissions.

In other words, this isn’t just an Indonesian problem, this is a global problem. December’s United Nations Climate Change Conference may finally bring the fires into the eyes of the media. In the meantime, what does it take for the world to care about an “eco-apocalypse” whose damage can be seen from space?