"These first images are just the beginning." 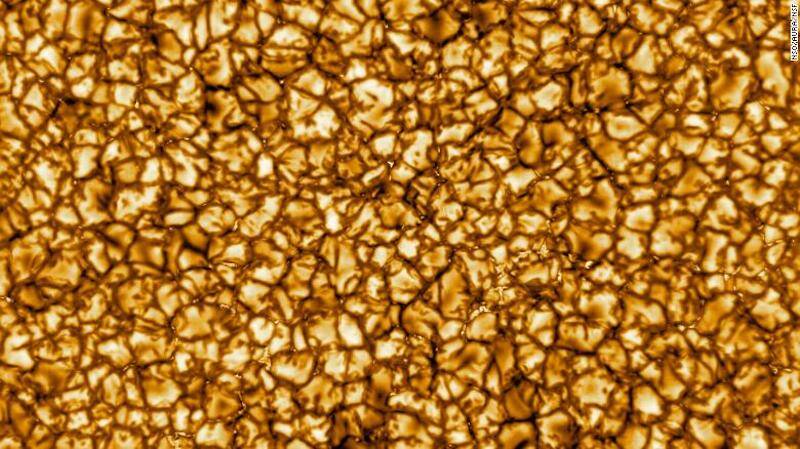 National Science FoundationThis image, taken at 789 nanometers (nm), reveals solar features as small as 18 miles in size for the first time ever. The pattern is the result of chaotic, “boiling” gas which envelops the Sun.

The Inouye Solar Telescope in Hawaii just captured the most detailed images of the Sun mankind has ever seen.

Situated on Hawai’i’s Haleakala, a volcano on East Maui, the telescope features an unprecedented 13-foot mirror, a cooling system, and a dome that protects it against the exorbitant heat of our Sun. The advanced optics inside the telescope also decrease the blur Earth’s atmosphere naturally creates on images.

The result is a historically detailed image of our local star.

“These are the highest resolution images of the solar surface ever taken,” asserted Thomas Rimmele, the director of the Inouye solar telescope project.

The telescope is working with NASA’s Parker Solar Probe, which is orbiting the sun, and will be partnering with the European Space Agency/NASA Solar Orbiter to better understand how the Sun affects our planet.

A University of Hawai’i segment on the historic footage and an interview with Professor Jeff Kuhn.

Rimmele went on to explain how these images are providing more precise information on our Sun’s form. “What we previously thought looked like a bright point — one structure — is now breaking down into many smaller structures.”

In other words, solar features that once appeared to be hazy, globular masses, have now been brought sharply into focus.

According to The Guardian, each granular speck seen on the image is about the size of Texas — or France.

Additionally, the Inouye Solar Telescope will be able to map the magnetic fields within the Sun’s corona, its outer layer, which is where solar eruptions occur. Mapping the corona, according to France Córdova, director of the NSF, “will improve our understanding of what drives space weather and ultimately help forecasters better predict solar storms.”

Interestingly, the surface of the Sun itself burns at around 6,000 degrees Kelvin but its outer layer, the corona, burns closer to one million degrees Kelvin, resulting in superhot eruptions or solar storms.

Being able to predict solar storms is important because subsequent flares can travel through space and impact life on Earth, like our global power grid and telecommunications systems.

Footage of the Sun’s boiling surface taken by the telescope, courtesy of the National Solar Observatory.

A recent study published in the Geophysical Research Letters journal, for instance, found that space super-storms that can disrupt Earth’s electronics occur every 25 years.

One such storm occurred in 1989 and caused a major power blackout in Quebec, Canada. In 2012, we got lucky when a disastrous storm headed for Earth just missed us.

“To unravel the Sun’s biggest mysteries,” Rimmele added, “we have to not only be able to clearly see these tiny structures from 93 million miles away but very precisely measure their magnetic field strength and direction near the surface and trace the field as it extends out into the million-degree corona.”

That’s exactly what it looks like the Inouye telescope will help us to do.

“On Earth, we can predict if it is going to rain pretty much anywhere in the world very accurately, and space weather just isn’t there yet,” said Matt Mountain, president of the Association of Universities for Research in Astronomy, which manages the Inouye telescope.

“Our predictions lag behind terrestrial weather by 50 years, if not more. What we need is to grasp the underlying physics behind space weather, and this starts at the Sun, which is what the Inouye Solar Telescope will study over the next decades.” 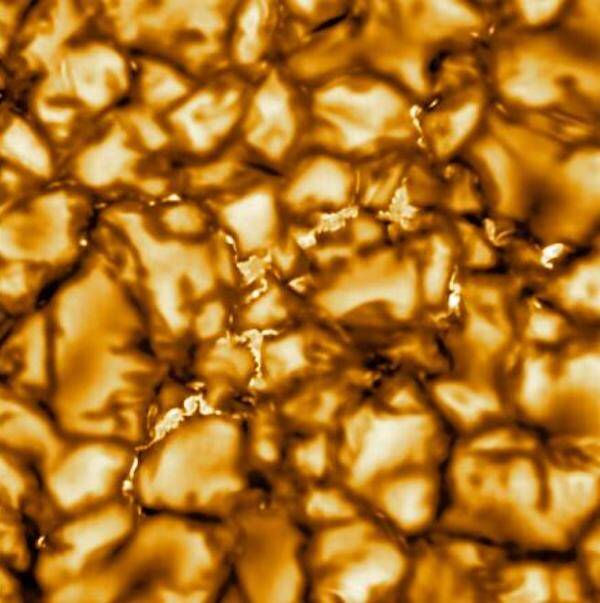 As it stands, the earliest warning for space weather is about 48 minutes. The NSF wants to severely expand that timeframe to about 48 hours.

Fortunately, it seems that goal could someday be possible given what the telescope has already accomplished.

“The Inouye Solar Telescope will collect more information about our Sun during the first five years of its lifetime than all the solar data gathered since Galileo first pointed a telescope at the Sun in 1612.”

It’s no mystery why early religions worshipped the sun as a God. Were our planet arranged slightly closer or further from our local star, life as we know it may not exist.

After looking at the most detailed images of the sun ever recorded, take a look at the 33 most fantastic photographs the Hubble Telescope ever captured. Then, learn some facts about the Sun that will blow your mind.