173 Years Ago, Native Americans Sent $170 To Help During Potato Famine. Now The Irish Are Paying Them Back

Native Americans were in no position to help Irish potato famine victims, but they helped anyway. That 1847 favor is now being returned by Irish citizens who haven't forgotten their history. 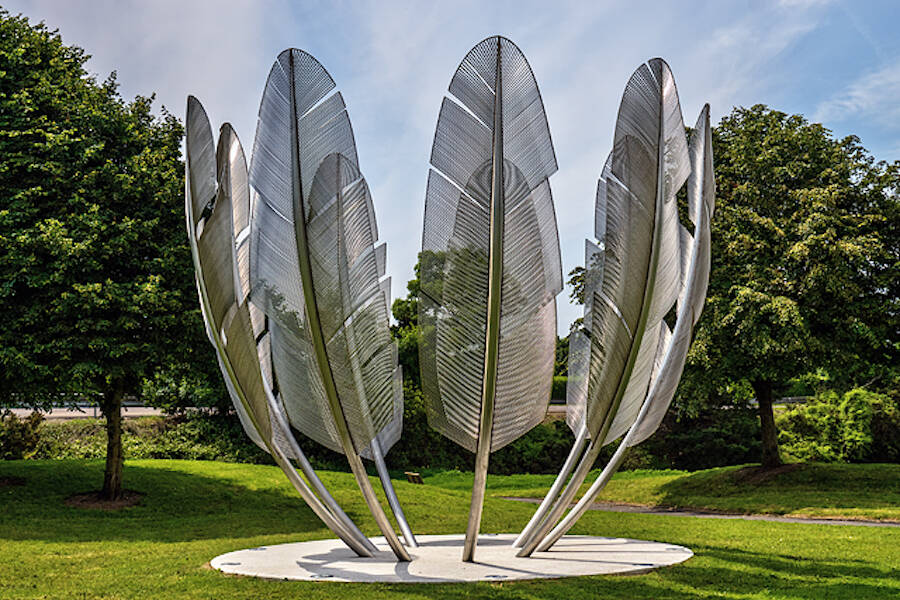 During the potato famine, a million Irish people emigrated, while another million died. In 1847, the Choctaw Nation charitably sent the Irish $170 — more than $5,000 by today’s standards — as relief. In historic remembrance and to aid the COVID-19-afflicted tribe, the Irish have followed suit.

According to Smithsonian, a GoFundMe campaign to help the Navajo Nation and Hopi Reservation has already raised over $3 million. The money aims to secure water, food, and health supplies for the struggling communities now navigating the financial hardships of the global pandemic.

The Navajo Nation has seen one of the worst outbreaks of coronavirus in the U.S., according to NBC News. As of Monday, more than 2,700 cases and 70 deaths have been reported.

The Irish generosity on display may seem surprising, but ties between the two seemingly dissimilar cultures have grown substantially since the mid-1800s. According to The New York Times, a sculpture in County Cork still commemorates the original gesture that’s now motivating Irish citizens to return the favor.

“We have become kindred spirits with the Irish in the years since the Irish potato famine,” said Choctaw Nation of Oklahoma chief Gary Batton. “We hope the Irish, Navajo, and Hopi peoples develop lasting friendships, as we have.”

An ABC News report on the Navajo Nation in crisis.

The Choctaw’s decision was made during a meeting in Skullyville, Oklahoma on March 23, 1847. While the Native American community was itself struggling in a post-Trail of Tears world, the group acknowledged the pain of the Irish and chose to help.

Now, 173 years after the fact, hundreds of working-class Irishmen and women decided to donate. The history between the cultures isn’t lost on the contributors and has even helped some people settle on the amount.

“I saw that Irish people were starting to donate and share the story of Choctaw Nation and the historical symmetry really affected me,” said Paul Hayes, a native of Tipperary, Ireland. “Sending the actual amount of $170 personally after 170 or so years felt like the right tribute across the ages.”

While President Trump announced that the Navajo Nation would receive $600 million in federal funding, everyday citizens of the planet have taken matters into their own hands. The messages accompanying the online donations consist of hope, gratitude, and goodwill.

“An overdue debt repaid on behalf of our ancestors to your ancestors,” a note on a $30 donation read. “Stay strong.” 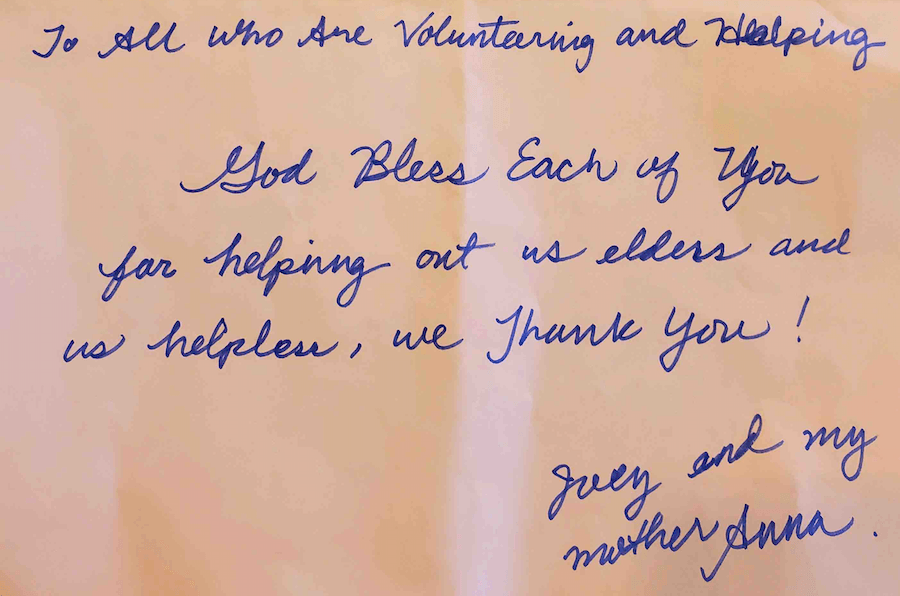 GoFundMeThe online messages from generous Irish citizens are complemented by handwritten letters from locals thanking campaign organizers for their help.

The Choctaw Nation famously became the first tribe forced to march west along the Trail of Tears in 1831. During the 500-mile journey, one-third of the group died of starvation, disease, or exposure. The tribe remained plagued by premature death, disease, and poverty when it came to Ireland’s aid.

“It is difficult to imagine a people less well-positioned to act philanthropically,” Anelise Hanson Shrout wrote for the Journal of the Early Republic in 2015.

Unfortunately, the Navajo Nation remains embattled by a dire food shortage and lack of medical aid. A staggering 13 grocery stores are set up to serve 180,000 members, while the Hopi’s 3,000 people rely on three. Fundraiser organizers have called the 26,000-square-mile area an “extreme food desert.”

In addition to the large percentage of elderly people with underlying conditions, one-third of the Navajo Nation has no running water — with a devastating prevalence of diabetes amongst the tribe. All of the above have naturally contributed to the rampant spread of COVID-19.

Interviews with the frontline workers helping the Navajo Nation and Hopi peoples during the coronavirus pandemic.

The sculpture erected in 2017 couldn’t be more indicative of Ireland’s dedication to helping its friends 5,000 miles away. One year after the nine stainless steel eagle feathers were positioned to stretch 23 feet into the sky, Irish Prime Minister Leo Varadkar visited the Choctaw Nation in Oklahoma.

Chief Batton noted that adversity can “bring out the best in people,” and that he’s overwhelmed to see the generosity of his ancestors come back around to help his tribe in times of need. To his point, some of the donors now helping are arguably not in the best state to help, either — but want to.

“I am currently unemployed so I’m sorry that my donation is not more, but I hope that this little contribution will make some positive difference in the same way those donations 173 years ago were sent with the same hope for ancestors of mine,” a $10 donor wrote.

For Vanessa Tulley, one of the organizers of the successful online campaign, the surge of donations has been nothing short of inspiring.

“In moments like these, we are so grateful for the love and support we have received from all around the world,” she wrote. “Acts of kindness from indigenous ancestors passed being reciprocated nearly 200 years later through blood memory and interconnectedness.”

“Thank you, IRELAND, for showing solidarity and being here for us.”

After learning about the Irish citizens who helped raise millions in COVID-19 relief for afflicted Native American tribes, read more about the Trail of Tears, the government-approved ethnic cleansing that removed 100,000 people from their ancestral lands. Then, discover how a bigoted conspiracy against Native Americans led to the FBI’s first case.