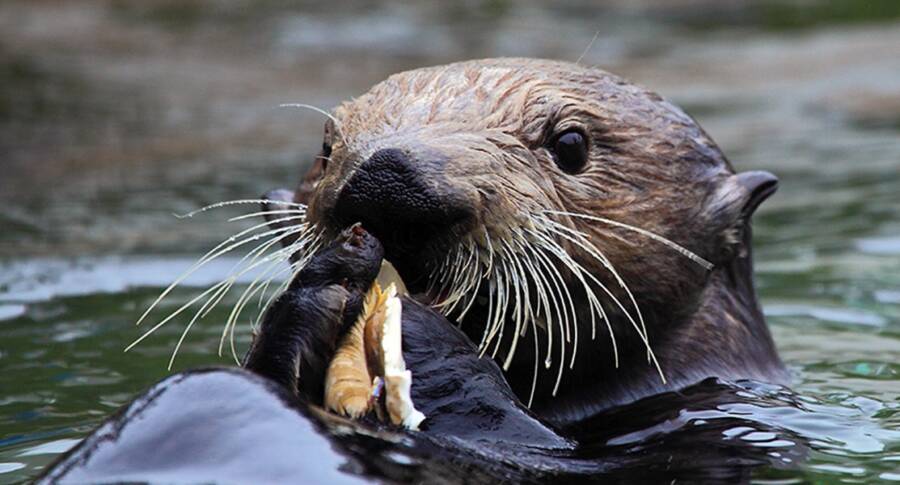 Oregon Coast AquariumA new study examined why otters seem to love tossing around rocks and sticks and came up with some surprising results.

Otters are known for their playful demeanor and have even been observed “juggling” pieces of wood and rocks, especially when living in captivity. But scientists had known little about why they did this — until now.

According to CNN, a group of researchers from the University of Exeter in the U.K. found that otters in captivity appeared to juggle most when they were hungry.

The team initially hypothesized that these animals juggled as a way to hone their foraging skills. They experimented on a group of 50 captive otters ranging in age and sex to test whether the individuals who juggled the most were, in fact, the ones with the better foraging skills.

Otters in captivity are often seen juggling like this.

Over the course of six months, the researchers fed the otters using “food puzzles” constructed from different gizmos filled with treats. They were designed to simulate the experience of foraging for food in the wild and to evaluate the otters’ dexterity in their quest for sustenance. The puzzles came in three different shapes: tennis balls with holes in them, medicine bottles, and Lego Duplo bricks.

“With the Duplo bricks being stacked on top of one another with minced meat stuffed between each brick, we hoped that this would mimic having to extract foods from mussels [and] clams by prying them open,” said Mari-Lisa Allison, a researcher at the University of Exeter’s College of Life and Environmental Sciences and co-author of the study.

“With the tennis balls, this would encourage reaching in and retrieving food as they might do when foraging in small nooks and crannies. The medicine bottle was an additional puzzle to test general dexterity. Regardless, all puzzles required some form of manipulation to gain entry.”

Researchers evaluated how much time the otters spent with each puzzle and how long it took them to actually solve it. These observations were then compared with the otters who juggled the most, taking into account their age and sex in addition to their hunger levels. 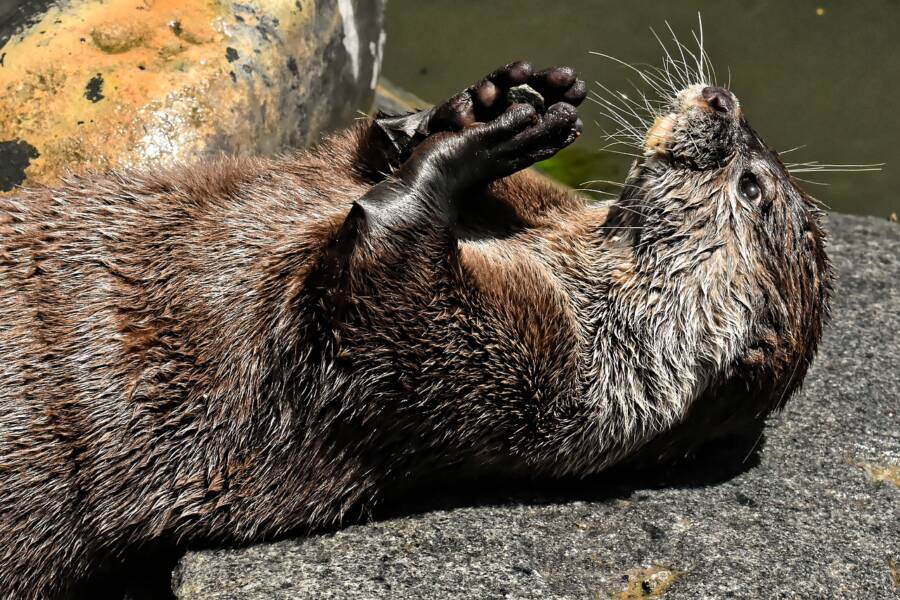 PixabayOne reason otters juggle might be a misdirected foraging behvaior they revert to when hungry.

In the end, scientists noted a few remarkable findings in their experiment. For one, they learned that otters who juggled the most weren’t necessarily better at solving the food puzzles than other otters. Further study on this part needs to be done, but the finding does suggest that the animals don’t juggle as a way to practice and improve their foraging skills as originally thought.

Researchers also found that juvenile and aging otters juggled more frequently than otters who were reproducing. Why that was so is still unclear, but one theory is that otter parents — already busy looking out for their needy pups — don’t have time to juggle.

Meanwhile, for the youngest and oldest otters, juggling could serve an important physiological purpose. Allison explained that juggling could be a developmental behavior for pups and a cognitive sharpening exercise for aging otters.

Lastly, the study found that the otters who juggled typically did it more frequently when it came closer to the zoo’s feeding time. This could suggest that the otters do their juggling when they are hungry. 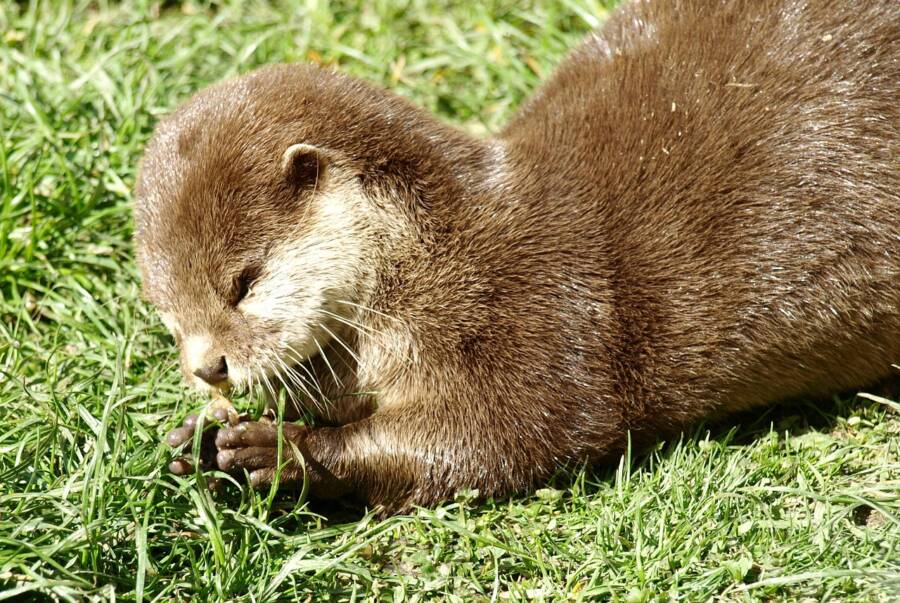 Despite these fascinating results, there is still much more research needed to conclusively determine why, exactly, otters juggle.

“Our study provides a glimpse into this fascinating behavior. While hunger is likely to drive rock juggling in the moment, the ultimate function of the behavior is still a mystery,” Allison concluded.

Next, the team plans to delve deeper into these juggling habits to see whether the skill changes over an otter’s lifetime or if it is unique to specific otters.

Next, read about the prehistoric giant otter with a bone-crushing bite. Then, check out six really weird pets that you could actually own.