After Isaac W. Sprague developed a mysterious condition that caused his weight to drop to skeletal levels, he endured a life of exploitation in P.T. Barnum’s museum of human curiosities. 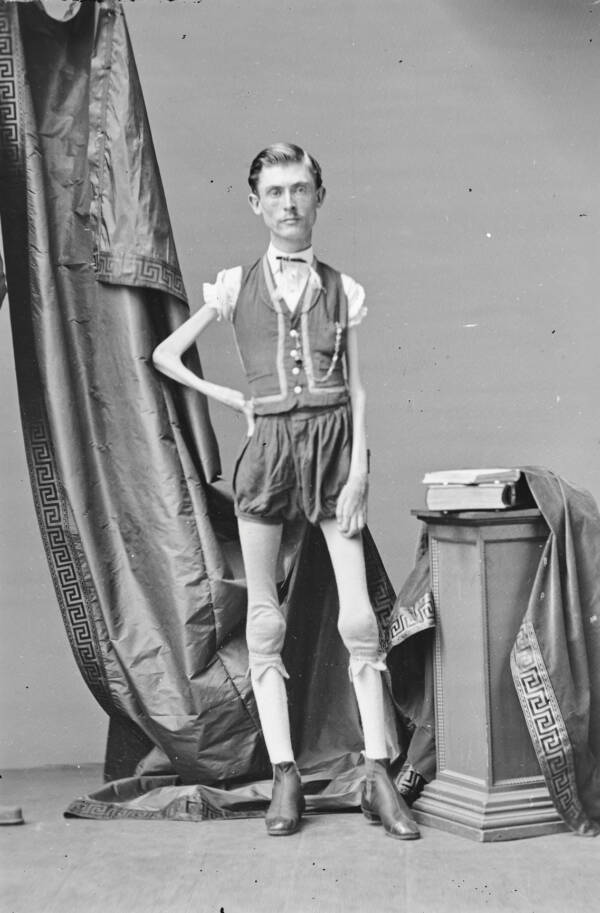 One of the most enduring traditional sideshow acts was the living skeleton. An impossibly thin performer, born with a rare genetic disorder or who deliberately kept their weight dangerously low, would be shown to audiences to alarm, titillate, and make a living for those with few alternatives. The most famous of these was Isaac W. Sprague.

After a string of appearances in carnivals in his native Massachusetts, Isaac Sprague made his mark on sideshow history as the original Living Skeleton — but Sprague’s life story offstage was tragic. 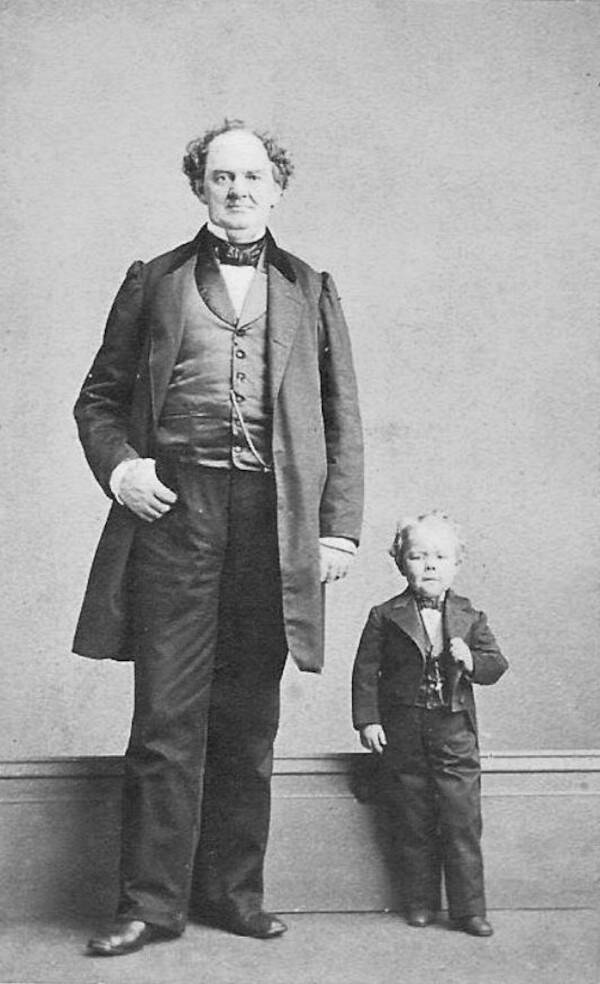 Isaac Sprague was born on May 21, 1841, in East Bridgewater, Massachusetts, just north of Boston. Neither of his parents had any health concerns, nor did Isaac, for the first 12 years of his life. One day, however, young Isaac complained of a cramp and, despite an enormous appetite, began losing weight rapidly and ceaselessly.

His panicked parents, at a loss as to how to help him, called in a succession of doctors, none of whom could diagnose the cause of his thinness with the medical science of the time. One even suggested that he’d been swimming too much.

Whatever the cause, Sprague’s appetite remained healthy even as he grew thinner and thinner — eventually weighing just 43 pounds and standing five feet, six inches tall when full-grown.

He worked for his father, a shoemaker, then grocer, for much of his adolescence. But with his weight steadily dropping, he found it difficult to keep his energy up. When his parents died in the 1860s, the weakened young man was no longer fit for work, and he began to look for a way to turn his condition to his advantage. 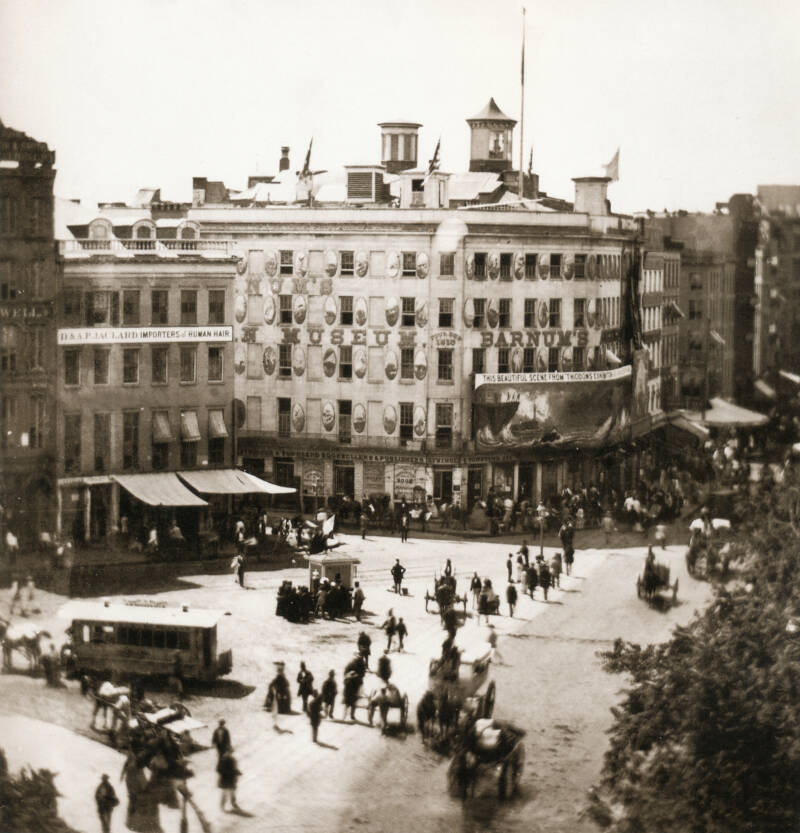 Wikimedia CommonsBarnum’s American Museum, where Sprague was a regular performer, was the nerve center of New York pop culture for more than 20 years.

In 1865, a touring carnival owner spotted Isaac Sprague and offered him a job. Although he refused at first, he soon realized that he could make a steady living off of his appearance. Sprague, therefore, resolved to head straight to the nerve center of entertainment at the time: P.T. Barnum’s American Museum in Manhattan.

Barnum, a consummate showman who revolutionized the concept of the dime museum, had purchased his Broadway location the year of Sprague’s birth.

Originally the Scudder Museum, he embellished his collection of objects of genuine scientific value with wax statues, magic shows, live animals, and other forms of popular entertainment. The year Sprague arrived in New York, the museum had burned down, and Barnum was in desperate need of new performers and attractions to rebuild.

Contracting with an agent, Sprague presented himself to Barnum, who laconically remarked, “Pretty lean man, where did you scare him up?” The showman must have sensed potential because the thin man was immediately offered a job at $80 per week ($1,320 in 2021). Sprague took his place among the bearded ladies and giants, drawing in curious onlookers eager to see the Living Skeleton.

His Career In Barnum And Bailey’s Circus 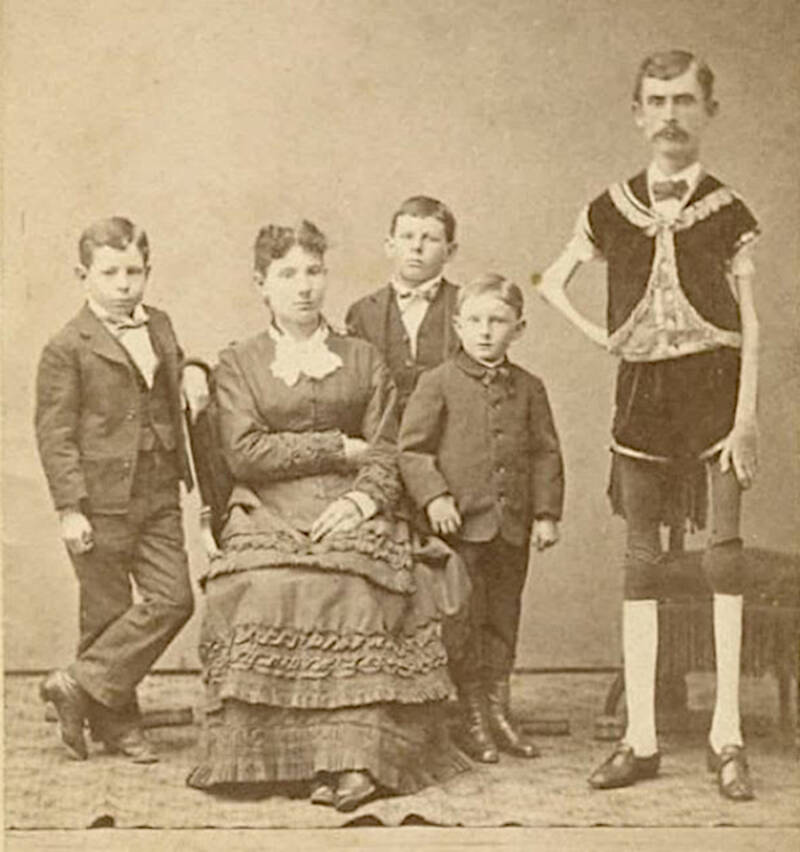 Public domainIsaac and Tamar Sprague with their sons, all of whom enjoyed lifelong good health.

For the next three years, Sprague continued to appear in the American Museum as a regular feature. Then in 1868, the museum burned again, and Sprague barely escaped the burning building with his life. Rather than risk a third loss, Barnum decided to take his show on the road, establishing “P. T. Barnum’s Grand Traveling Museum, Menagerie, Caravan & Hippodrome” in 1870.

Deciding to take a break from show business, Sprague met, courted, and married Tamar Moore, who hailed from his native East Bridgewater’s neighboring town of Hanson.

The Spragues settled into a quiet domestic life. Tamar bore three sons, each of whom grew to a normal healthy size, and Isaac later wrote, “Life, that had at times seemed so little worth preserving, now seemed more precious.”

But, weighing just 40 pounds, Sprague was still too weak to hold a regular job, and with a family to support, he soon turned to Barnum once more to make his living. With Barnum’s sideshow, he became a favorite of audiences throughout the United States, Canada, and the United Kingdom. 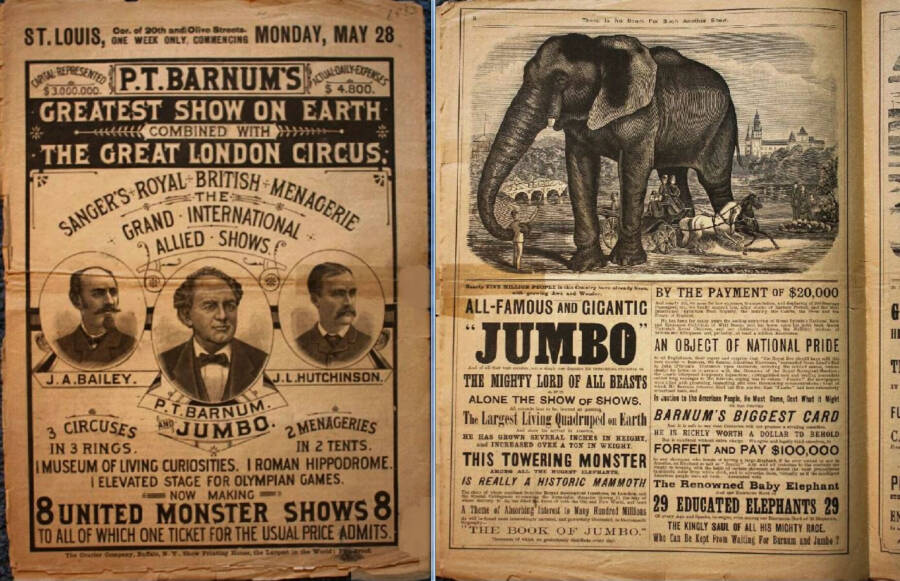 Wikimedia CommonsA handbill for Barnum’s “Greatest Show on Earth,” including a “museum of living curiosities which would have included Sprague.

Although he enjoyed steady fame as “the Thin Man” and “the Living Skeleton,” Sprague didn’t enjoy circus life, and several times sought employment elsewhere. However, he grew progressively weaker, with a weight that never rose above 50 pounds. At times, he was forced to wear a flask of milk around his neck just to stay awake and keep his body nourished throughout the day.

His financial circumstances weren’t helped by lifelong debts incurred as a result of a gambling habit and bad luck. Since he never failed to draw a crowd, Sprague went back to the circus time and again just to make ends meet.

The success of his act inspired numerous imitators, many of whom starved themselves to achieve unhealthy weights and guarantee themselves a spot in the sideshow circuit. But just as often, there were others like Sprague born with rare genetic conditions which made it impossible to gain and keep a healthy size.

After numerous medical examinations throughout his adult life, Sprague was diagnosed with a case of aggressive muscular atrophy in 1882, a disease that caused his muscle tissue to waste away.

The next year, he agreed that, upon his death and in exchange for $1,000, Harvard Medical School should “cut [my body] open and make a post-mortem examination to find out if possible why I am so thin; then they will … place it in the museum of the college, where it will remain, but I’m going to need it for myself for the present: they can’t have it till I get through with it.”

Eventually, the strain of simply getting enough to eat took its toll, and Isaac W. Sprague died of asphyxiation and in poverty in Chicago on Jan. 5, 1887 — days after allegedly wagering $250 that he wouldn’t survive past the following Saturday.

Although it’s unclear if Sprague’s body did indeed go to Harvard Medical School for study, his grave is located in Hanson, Massachusetts, near the town where he was born.

After reading about Isaac Sprague’s tragic life as a sideshow performing, learn more about the other unusual people who built P. T. Barnum’s fortune. Then, take a closer look at these unsettling images of sideshows of the past.