Forty-three million years ago, the fearsome four-legged whale stalked prey both underwater and on land. 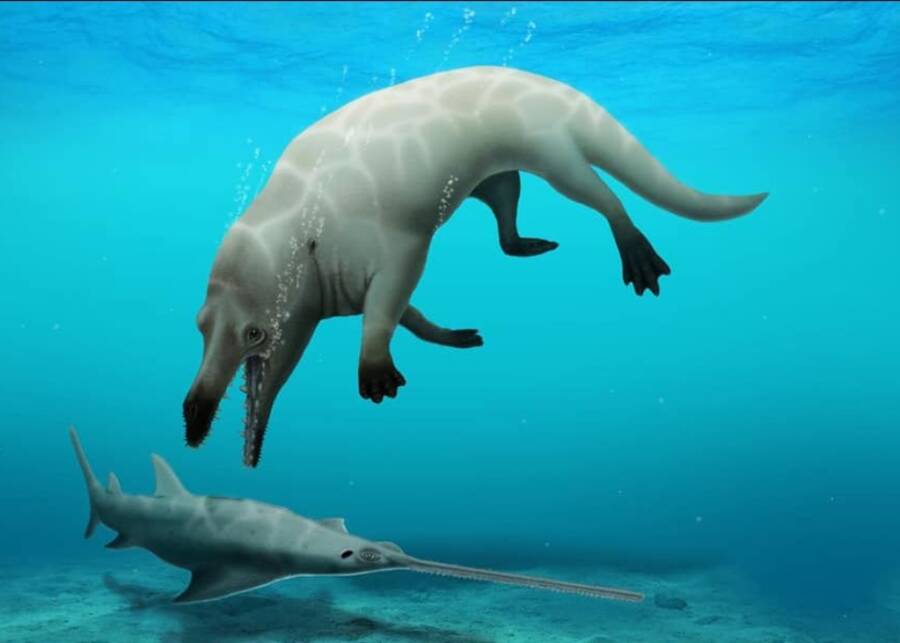 Ancient monsters once roamed the Earth. Paleontologists in Egypt just came across one such creature, a four-legged whale so fearsome that they named it Phiomicetus anubis, after the Egyptian god of death.

“It was a successful, active predator,” said Abdullah Gohar. A graduate student at the Mansoura University Vertebrate Palaeontology Centre, Gohar is the lead author of a recent paper describing the discovery.

“I think it was the god of death for most animals that lived alongside it.”

In a nod to the whale’s jackal-like head and ability to kill, paleontologists called it Phiomicetus anubis. Anubis, of course, was the Egyptian god of death. Phiomicetus categorizes the whale with other similar fossils, which straddle the species’ transition from land to sea.

“Phiomicetus anubis is a key new whale species, and a critical discovery for Egyptian and African paleontology,” explained Gohar. 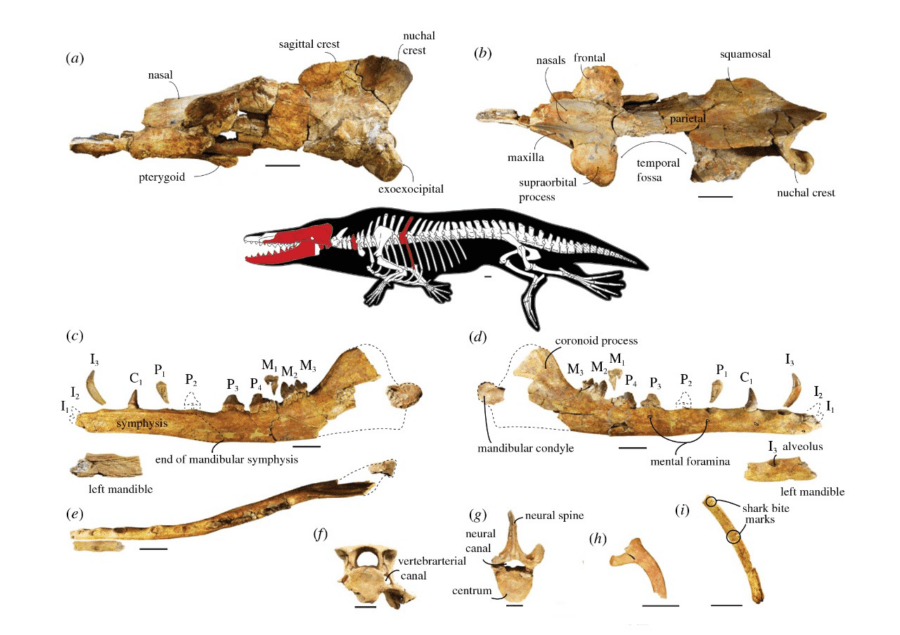 TwitterPaleontologists found a number of the whale’s bones in an area of Egypt famous for sea life fossils.

A team of paleontologists first came across Phiomicetus anubis in 2008. Then, while searching through Egypt’s Fayum Depression — an area teeming with sea life fossils — they found remnants of the 43-million-year-old monster in middle Eocene rocks.

With a body length of almost 10 feet and weighing close to 1,300 pounds, paleontologists are confident that the four-legged whale once dominated the animal kingdom.

“We discovered how [its] fierce, deadly, and powerful jaws were capable of tearing a wide range of prey,” Gohar said. His study called the whale’s feeding style “raptorial.”

The study went on to describe how the whale used its incisor and canine teeth to “catch, debilitate and retain faster and more elusive prey items (e.g. fish) before they were moved to the cheek teeth to be chewed into smaller pieces and swallowed.”

As the four-legged whale stalked prey — both on land and underwater — it also likely caught and killed crocodiles and calves of other whale species. 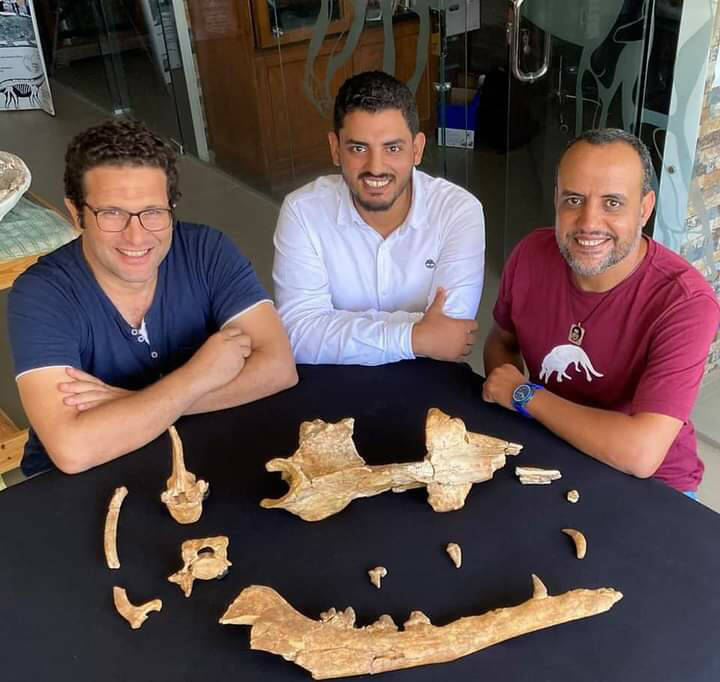 The discovery of the four-legged whale is an exciting moment for more reasons than one. For starters, not much is known about ancient whales’ transition from land to sea. Though today’s whales are strictly aquatic, their ancient ancestors were amphibious.

The earliest known whale, Pakicetus attocki, lived in the shallow ocean near present-day Pakistan some 50 million years ago. Like Phiomicetus anubis, it had four legs.

However, paleontologists have much to learn about how ancient whales spread across the world.

“This fossil really starts to give us a sense of when whales moved out of the Indo-Pakistan ocean region and started dispersing across the world,” noted Jonathan Geisler, an associate professor of anatomy at the New York Institute of Technology.

But the discovery of the four-legged whale is significant for another reason. It marks the first time that an Arab team discovered, described, and named a whale fossil.

“This paper represents a breakthrough for Arab paleontologists,” Goher said.

“This science remained the preserve of foreign scientists for a long period of time, despite the richness of the Egyptian natural heritage with important fossils of the ancestors of whales.”

For now, paleontologists like Gosar will continue to explore the Fayum Depression. They hope to better understand how ancient whales evolved and moved around the world.

And the Fayum Depression certainly holds more keys to the past. Once, the sea covered this swath of the Egyptian desert. But now, its million-year-old rocks — rich with fossils — are exposed to the sun.

After reading about the four-legged whale discovered in Egypt, discover the strange story of the humpback whale found in the Amazon rainforest. Or, look through this shocking collection of scary sea animals from the depths of the ocean.